I have finished painting the "first wave" of the army. I'm pretty happy with them considering I have built and painted all of them in September.

Posted by WarbossKurgan (Saul) at 09:00 No comments:

I've nearly finished painting the first batch of models - I completed the last three layers of highlights on robes (Karak Stone, Ushabti Bone and White Scar), text on litany scrolls, book and purity seals, 2 colours on lenses, and skin highlights across all the WIP Company Secundus models. I've still got to do some lines of checks, their bases, and some weathering washes. Then just Purity Seal and they'll be done.

I probably could have finished at least the 4 Veterans but I distracted myself building this.

I'm hoping to get the first batch of models (5 Veterans, Librarian Terminator, Assault Cannon Terminator and Dreadnought) finished by the end of the month, so I can say I completed the first stage of the army entirely in September (as I started building them on the 1st).
Posted by WarbossKurgan (Saul) at 15:33 No comments:

I had a terrible idea this morning. One that will fill my head for days / week / months. It may never come to pass as it is VERY ambitious, but that won't stop me dwelling on it...

The games would need to live up to their locations so:
To make it worthwhile a larger number of gamers than my usual group would be great: So there would be an open invitation for anyone interested to join in (on the Ammo Bunker forum for example).


There would be a pre-published background story with lots of "hooks" for potential events so people can, if they choose, create special warbands for the games.

When I mentioned this idea to Blessed Knight he suggested creating a ruined Chetham's board (and possibly boards for the other locations) and writing the games as the Lost Librarius, with bands of adventurers, heretics and Inquisitors searching for lost knowledge. I love the idea of theming the scenery and scenario to the location - it would amplify the amazing venues and may help the venues' custodians understand why we want to be there, all in one step!

I am fully aware that this would be a huge undertaking - let's be honest: even one game in one of these incredibly atmospheric locations could be pretty blood amazing! I don't really imagine it will actually ever happen but one can dream...

Posted by WarbossKurgan (Saul) at 08:13 No comments:

I didn't get any hobby time over the weekend but I scored some more lovely vintage dice in an antique / junk shop in Berkhamsted:

The 6s are (I assume) some kind of casino logo:

This is my collection of vintage dice now (and my vintage ruler):

Posted by WarbossKurgan (Saul) at 11:01 No comments:

Posted by WarbossKurgan (Saul) at 07:55 No comments:

So I got the rest of Terminator unit built, with two problems. One was that I don't have DW shoulder pads for them yet. The other was that I am somehow missing the back of a Terminator torso. But a Space Hulk Terminator stepped up and sacrificed it's Blood Angel insignia for the cause!

I got a the basecoats finished and the Agrax Earthshade and Nuln oil on:

On to highlights and detailing next...
Posted by WarbossKurgan (Saul) at 09:20 No comments:

I decided to start an Imperial force to backup my Inquisitor in full sized 40K games. I wanted to really emphasise the medieval aspect of the 40K universe so going for robed and hooded Dark Angels Veterans with lots of scrolls and books appealed to me. One of my friends (Blessed Knight) pointed out that a Deathwatch force could consist of just the elements I like from the DA armoury, and I could use a colour scheme that more closely matched my Inq28 collection - so I have chosen to go with a DA-heavy DW army.

"Watch Company Secundus, out of Fort Obsidus, is a Deathwatch company formed almost entirely from Battle Brothers of the Dark Angels and the Unforgiven. They are currently assigned to Inquisitor Lenk and stationed aboard his Strike Cruiser, the Heartbroken Messenger." 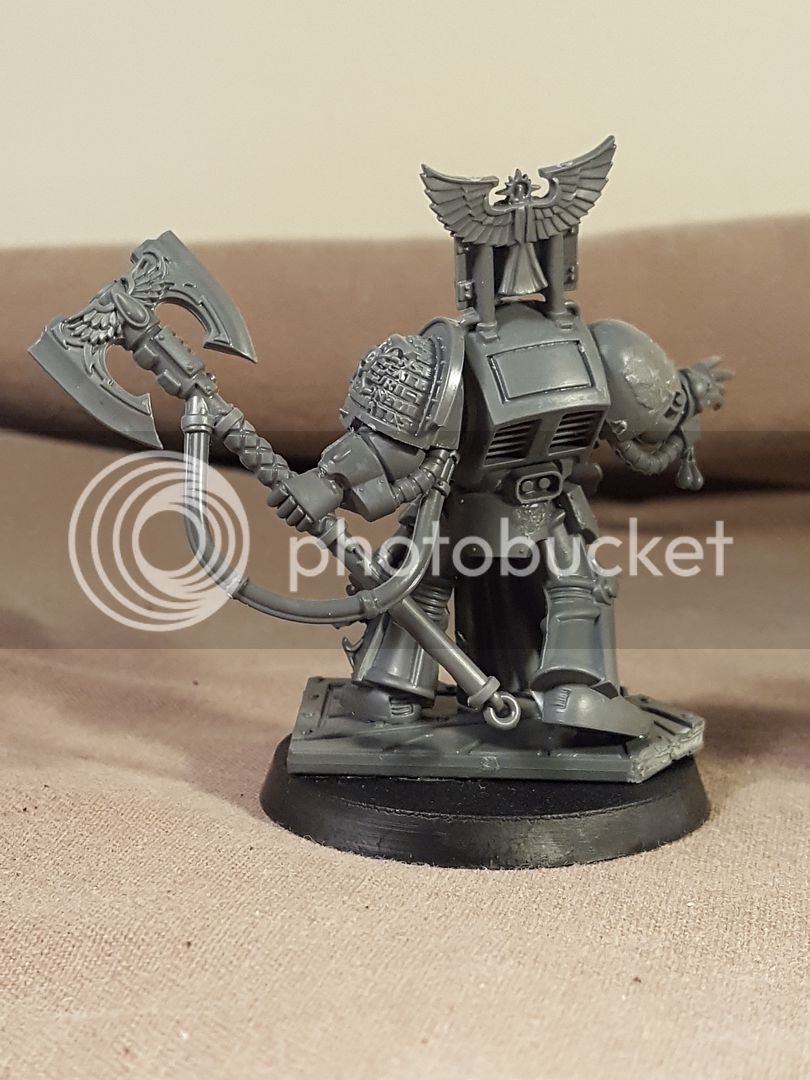 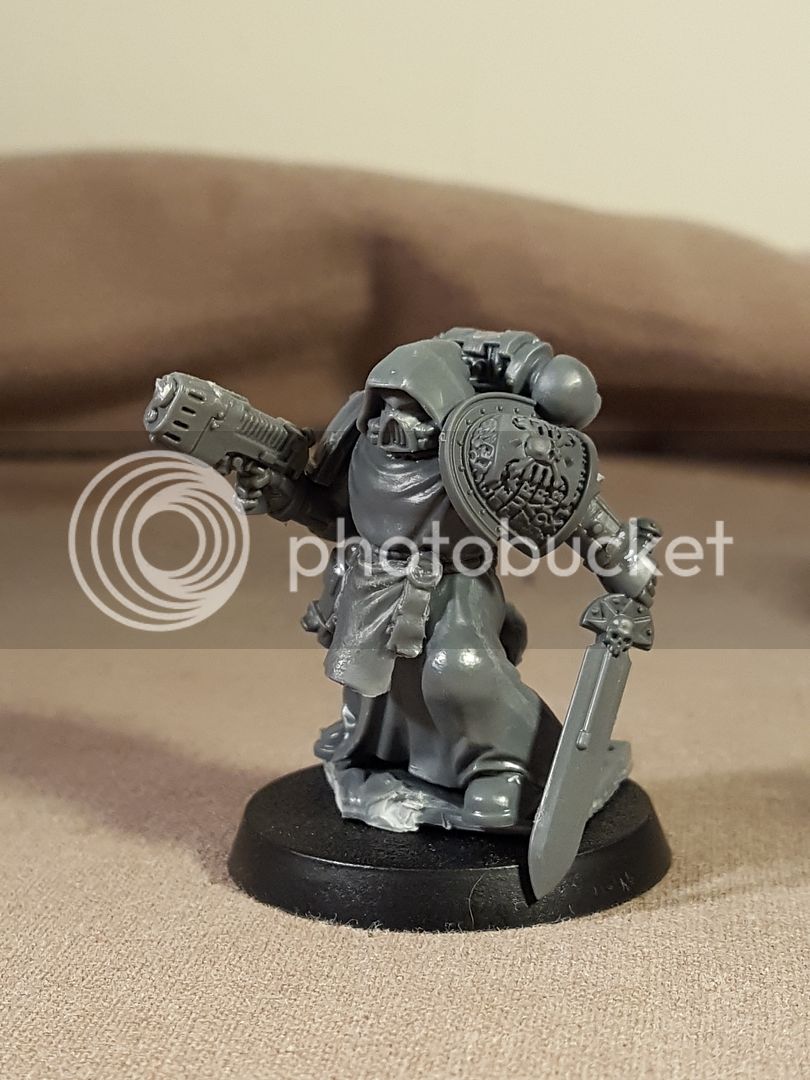 And painting has started!

Posted by WarbossKurgan (Saul) at 10:29 No comments: