Posted by WarbossKurgan (Saul) at 10:12 No comments:

After a month(!) sitting on my desk I have finished painting the Van Saar Leader and Heavy.

I've also added a few details to the first model (buckles and wrist-screens).

Posted by WarbossKurgan (Saul) at 10:51 No comments:

I added the last few touches to the 3 new pieces of scatter terrain: (weathered) hazard stripes in front of the pipe outlets on the walkway and some Typhus Corrosion 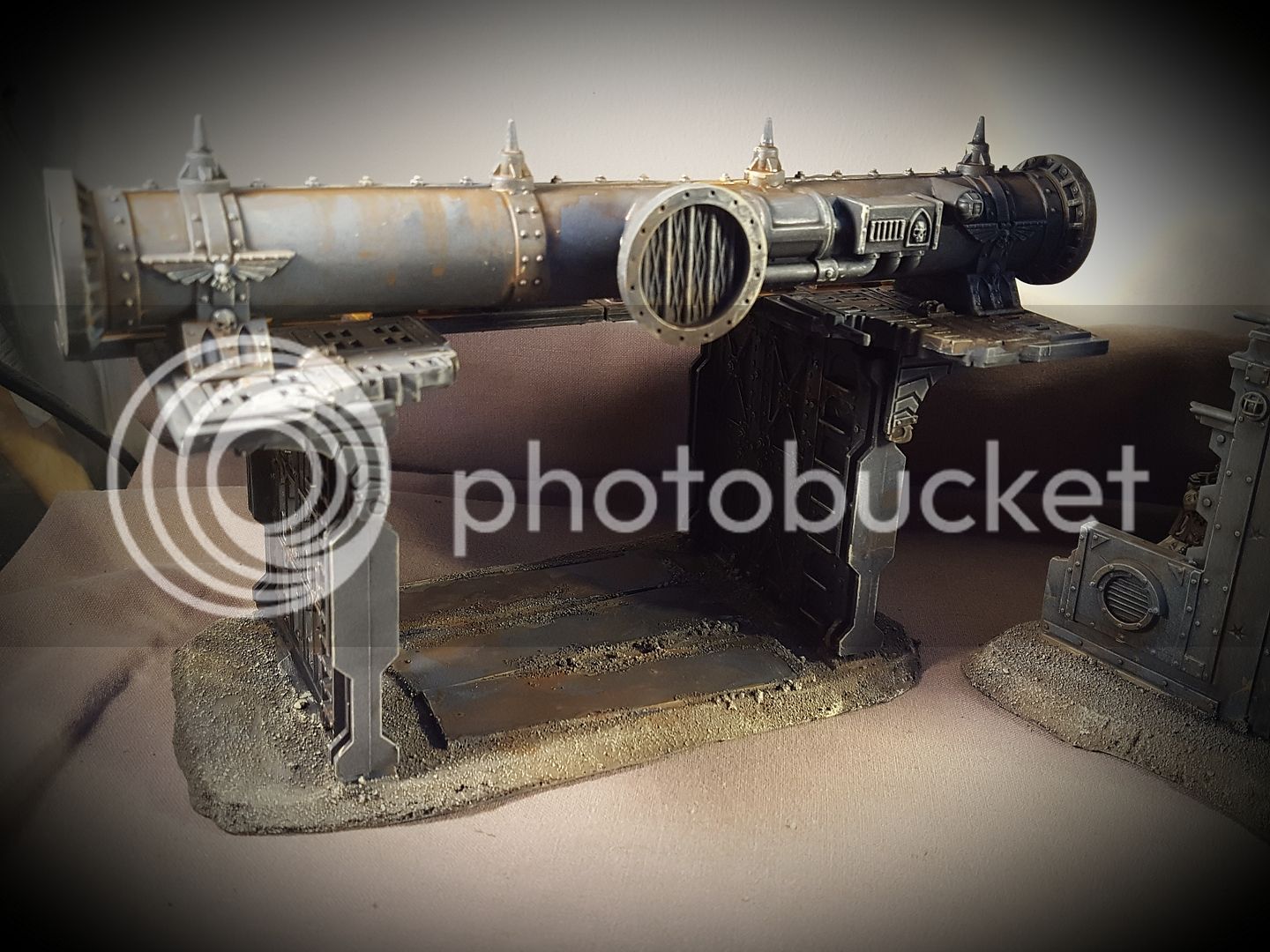 The hazard stripes aren't as well done as I'd hoped - they aren't quite straight and are slightly uneven. But I did them freehand and I don't have time to redo them. I'm a fan of the hazard stripe aesthetic in Necromunda but they have to be in logical places - "Don't Stand here!"

The Archeotech Prospectors are making a guest appearance to show off the new scenery...

Posted by WarbossKurgan (Saul) at 21:21 No comments:

I got a box of Ironjawz Brutes for Christmas, so I have to make them into pirates right?

This is the Brute Boss, so he still gets some armour on his back, but all the others will just get one shoulder plate. This means I had to sculpt the back muscles of the other 4 Orruks!

I've been working on some extra Underhive scenery for our Inquisi-Kill-Team campaign.

These are all still WIP but they are starting to look good. All painted with a zenithal grey spray over black undercoat. Nuln Oil all over. Athonian Camoshade and Agrax Earthshade in random areas. Drybrushed Ushabti Bone. Very watered-down Mournfang Brown.

Posted by WarbossKurgan (Saul) at 09:58 No comments:

Down where the bad things live

What is the Guardian? A semi-mythical character that could be Xenos, a Witch or a Daemon: Legends told in the Underhive do not distinguish between them very well. Local knowledge of such things is derived from folk tales, not academic study...

Many evil deeds are attributed the Agents of the Guardian, but also many miracles. There seems to be a contradiction between the stories told in different regions of the dome. Some have the Guardian as a devil in the darkness, others as a benevolent and protective father-figure. I suspect both could have a basis in truth and are dependent on the point of view of the original story tellers.

I fear the Guardian could even be an ancient Genestealer Patriarch... the father-figure tales told by cultists in its power. The devil-in-the-dark versions told by those outside the cult. But at this point it could be a Witch or Daemon granting favours for its followers or cursing its enemies.

Or it could be a bedtime story for children.

Inquisitor Lenk and his retinue investigated the dank ruins of Mawside. They cautiously advanced through the rusted and filth-covered district, swathed in semi-darkness. A disused building that loomed over the area, referred to as Silo B45, stood out from the other ruins as it seemed to still have power - a dim orange light illuminated it from within.

From the gloom, the warband of Inquisitor Quintus Severus attacked, Combat Servitor XA-305 at the fore!

Inquisitor Severus' Servoskull, Cherub and Raven tried to occupy the silo. The trio of partially independent automatons drifted around the decaying structure, scanning it with their built-in augurs and auspexes.

Lenk and his local recruits, Bull Lansen and Fishgutter, of the Sumptreaders, charged the Combat Servitor...

... and brought it down, and avenged Tarkloth.

Rockwell, the Underhive Bounty Hunter, fought off the Cherub and Servo-Skull, but the Raven fled.

For the first game of the campaign we kept things very simple. We used the Kill Team booklet rules and rolled a scenario (Take the High Ground) but picked our forces without using the Kill Team restrictions (or even calculating points values). We decided to use an Inquisitor and 4 or 5 henchmen each.

I scored 4 Victory Points and Viktor scored none:

In the next game we will be adding Kill Team Veteran Skills to our warbands, and maybe a few extra models each.
Posted by WarbossKurgan (Saul) at 16:02 No comments: