A World of Blood & Promethium

Tor Megiddo, originally one of the thousand manufacturing worlds spread throughout the Icaros Sector. Nestled deep in the centre of Segmentum Pacificus, it was a reliable, if somewhat lacklustre, part of the production chain that fed the war machine of Lord High Admiral Hydraphur. Originally designed as a multipurpose world, it soon changed as industrialisation began to consume it.  Metropolises turned into mega cities that, in turn, mutated into hive cities known as The Golden Spires. Scornful, overpopulated and arrogant, they took on their own rules and laws, breaking the unity of the world and turning the planetary governor into a hollow figurehead. Regulations were broken or simply discarded – greed consumed the rulers. The poison from the manufactoriums and haemotropic reactors scarred the lands and, over the ensuing centuries, Tor Megiddo became a ruinous, hollowed-out wasteland. The once self-reliant planet was now plunged into famine.


As ash and sand claimed all beyond the hive walls, those who remained inside were now facing mass starvation. During a decade of horror and madness the world starved, until finally nutrition arrived from off world. The trauma that had been inflicted upon the population was immense and few were inclined to listen to either the Ministorum or the Administratum as they preached how blessed they were that the Imperium sheltered them.


The machinery of the planet rumbled on again during the days and long nights until a dark discovery was made. Deep inside the planet, oceans of raw promethium waited. The Ministorum and the Administratum moved quickly to declare this a holy gift from the God-Emperor – a blessed reward for the planet’s long suffering. As the Black Thirst took hold of the planetary population, they cut deep into the earth in search of the life-giving oil. The skies were darkened by the ever-increasing pollution and the last remains of natural wildlife mutated in the toxic environment, devolving into new, terrifying forms to compete for food. The oil changed all aspects of life on Tor Megiddo. Even the Ecclesiarchy, with its millennia-old rituals, changed into the Church of the Red Emperor; an even more blood-thirsty sect.


For a few millennia, Tor Megiddo lived on in this fashion. Blood and oil, the two inseparable parts of life on that bleak world. Inside the Golden Spires life had stagnated into meaningless rituals and traditions. Outside tribes, septs and warbands competed for access to the life-giving promethium. Those who controlled the wells controlled the world. The spirers fought genocidal warfare upon the wastelanders, who returned with destructive attacks of their own. The Yaike Yaike tribes were at the frontline of the war and, when the spirers finally succumbed and broke down into anarchy, their thirst for blood soon turned within. 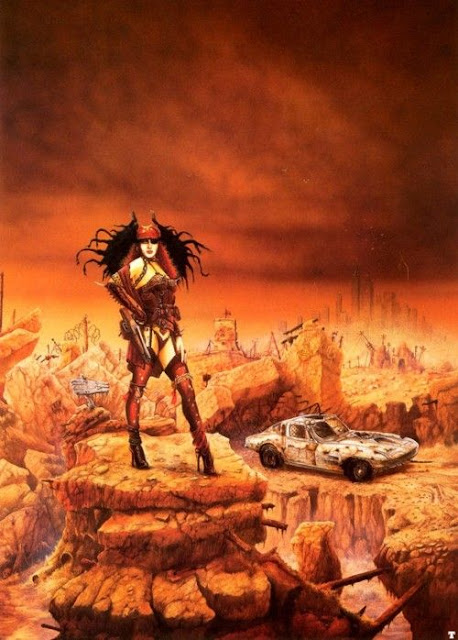 The Call of Greed

All was ash and sand; the rusting remains of war and the machines of god. The burning red sun ate away at flesh and sanity alike. The desolate plains boiled and the storm of war raged on.


Inside the last of the Golden Spires turmoil reigned supreme. Man ate man and order decayed. The iron hulks wormed their way into the heavens; the desperate and the rich ride them. This was what remained of civilization. A dying world.

Traumatized, the Flesh Barons arose from the Promethean Tower, shocked and terrified. Filthy scum, slavers, cannibals. From the slave pens, the great slaughterhouse, the human cattle emerged. Fear evolved into wrath and they fell upon their corpulent lords with ravenous fury. Fire, blood and bones. Nights of dark pain and feasting.


As the mountains cracked and crumbled the word was spread. By failing electro lines, by Iron Courier, by man and by satellite. The legendary seas of promethium were there for the taking. Monstrous greed still ruled the hearts of those left behind; that incurable greed that had striped the world of all. The Black Thirst was still triumphant. The need for promethium, a dark addiction.


They came, the mighty and the desperate, the gambler and the outlaw, the dead and the dying. They came so that they might live for a moment more. To feel the mad rush of road war and death again. On wheels and on tracks and on the backs of beasts. Machines made of wreckage and machines made in ages pasts. The Engines of Destruction. 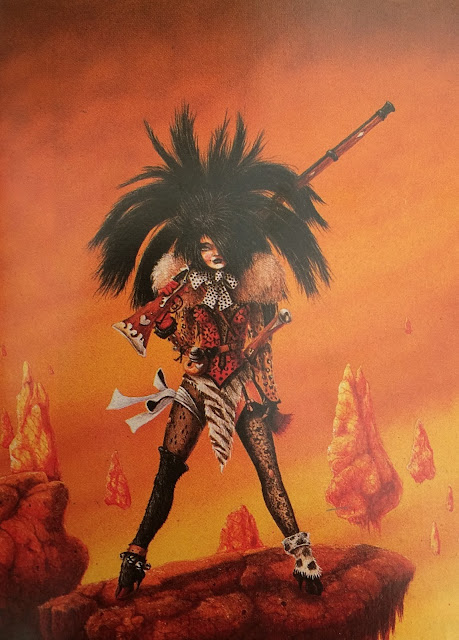 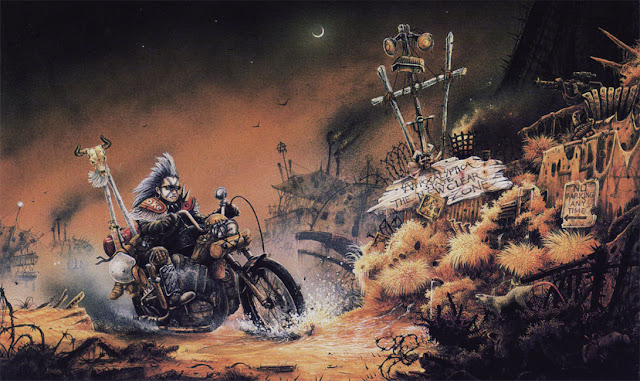 You would need to make your own tribe of techno-barbarians and their transports. We are looking for humans, abhumans and mutants, but please, no xenos. Feel free to be as creative as you like. They could be riding in cars, on bikes, on giant beasts or lizards. The sky's the limit. We will be using the Dozen system as seen in the Pilgrym project. As for rules, we are looking at using a mix of Gorkamorka (for vehicle movement) and Necromunda 2017 (for everything else).

This was Alexander’s original brief for our gangs of techno-barbarians. As far as I can remember there wasn’t a single style guide document before the event game in Helsinki, the style developed in a fragmented way throughout 6 months of Messenger conversation between the participants.
As well as I can piece together though, this is a rough guide to get the “look” of a Tor Megiddo warband:
My look back at the original Helsinki Tor Megiddo game is here.

First came Black Cloud and it hid the Light.
Then came Fell Water and it drowned the world.


The tree burnt
The sea boiled
The beast roared
The man starved.


Then came Red Wind And ash and dust rose.
In tunnels and caves the Yaike Yaike hid.


The weak starved
The strong endured
Many changed.
All hungered.


And then Red Wind left
Out of tunnels and caves the Children crawled
and on the Scorched Plain they met.


Bonds were forged and conflicts settled by trial.
And there was trade of flesh, metal and oil.


And as Red Wind comes and goes
We, the Stone Children, the Yaike Yaike
meet at the Great Gathering out on the Scorched Plain.

The Ferrugo Pass is a winding path through the arid mountains in the far north of the Rhossum Primus continent of Tor Megiddo. The battles of the Yaike Yaike tribes across the Scorched Plain, before the last Red Wind, caught the attention of the Rustmen who ventured out into on to the Scorched Plain to investigate. No-one remembered a time when so many of the revered Rustmen came down from the mountains in one go. When the battles were ended by the Red Wind the Rustmen walked back to the mountain pass, heedless of the dust storms that can strip the flesh off a human in less than an hour.

Rumours started to grow that the Ferrugo Pass was the domain of half a dozen Tors: Ranged in size from the walking colossi (the smallest!) to some that are the size of cities. Stories began to circulate that most of them were still mobile and at least partially functional
The Yaike Yaike tribes, the Flesh Barons, the Red Church, and many others, all coveted the Tors for the wealth and power that controlling even one such legendary god-machine can bring.

A new cycle of exploration, adventure and War in the Sun begins!