In the settlement known as Drywaters, three gangs converged on a number of abandoned caches of archeotech. There were rumours that a Colossus had been sighted dumping cargo overboard in the shantytown and word had spread fast. The Slipgibbets were not about to miss out.

Hijack, Leech, Cable, Penance and Atlas went into Drywaters looking for the stash of loot. There were loads of bits of junk dropped from the Colossus but only one of them was valuable. 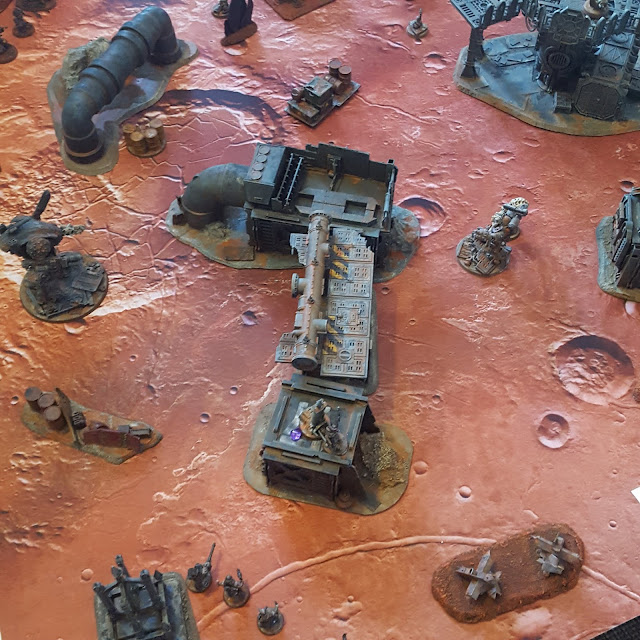 Absent ran ahead of the group and claimed drop site VI. 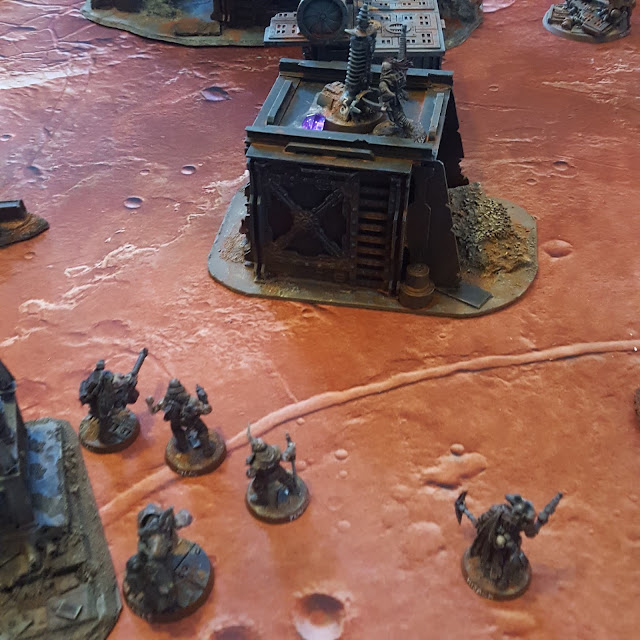 The Ashtown Wasters headed in from the other side of town. 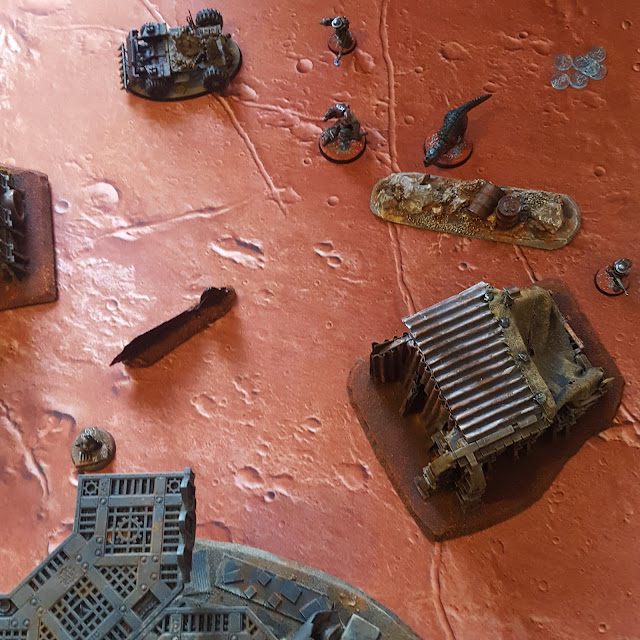 And the Purebred appeared from behind a refinery outlet and claimed drop site III. 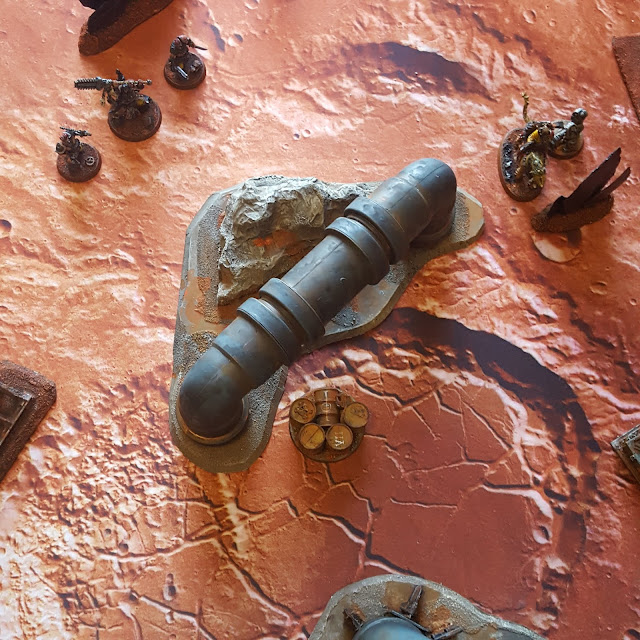 Jax fired at Commander Blitzer. Jo Pyro returned the favour, and ran in with gouts of flame bathing the Rider in burning promethium. 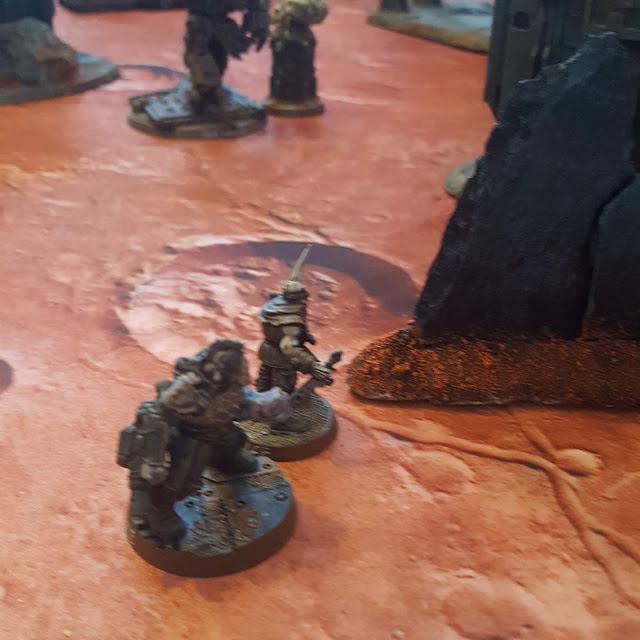 Leech opened up with his Heavy Stubber and wounded Warfather Jax of the Purebred. 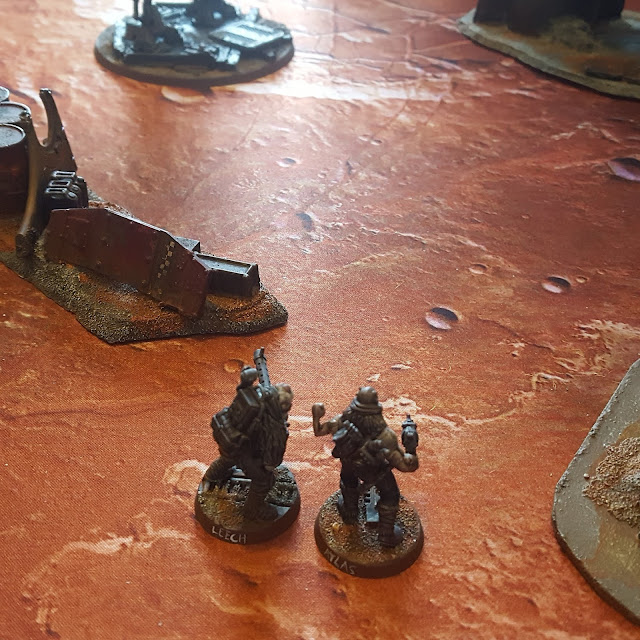 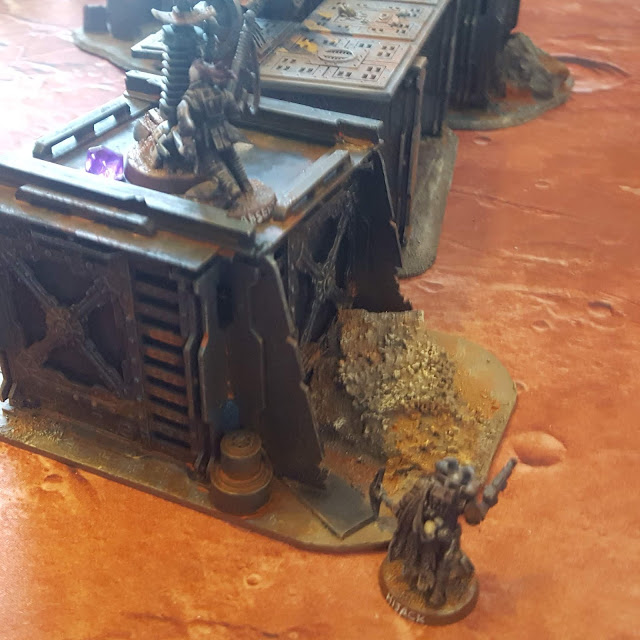 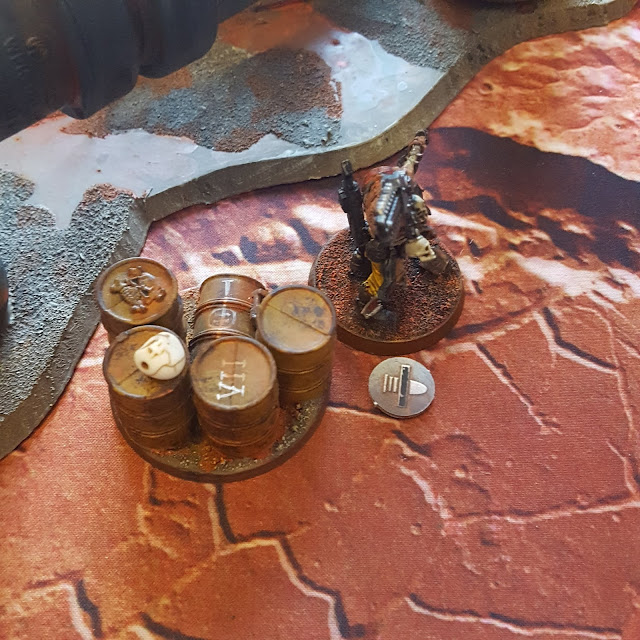 The Rider was serious injured (and somewhat cooked). 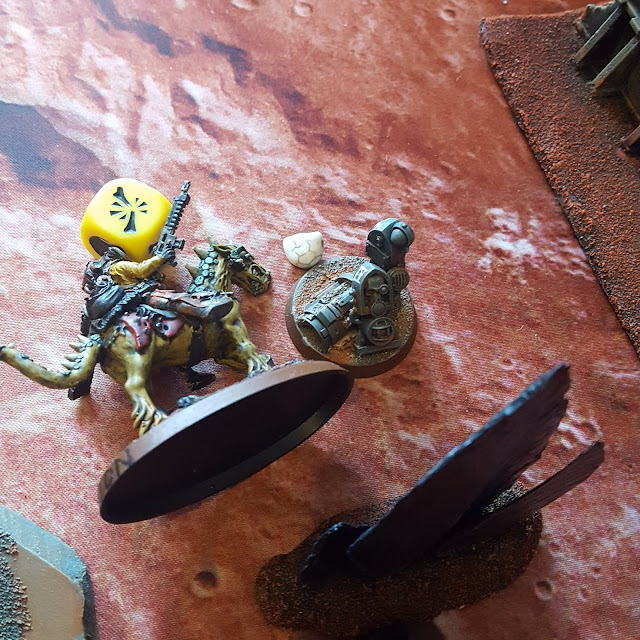 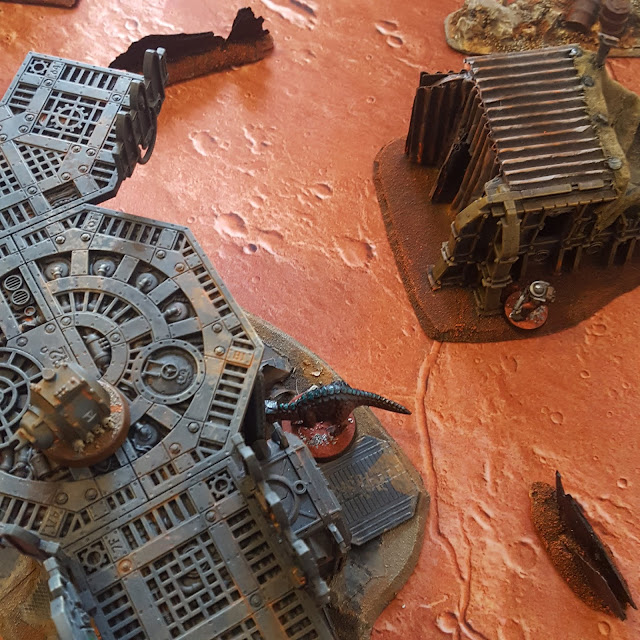 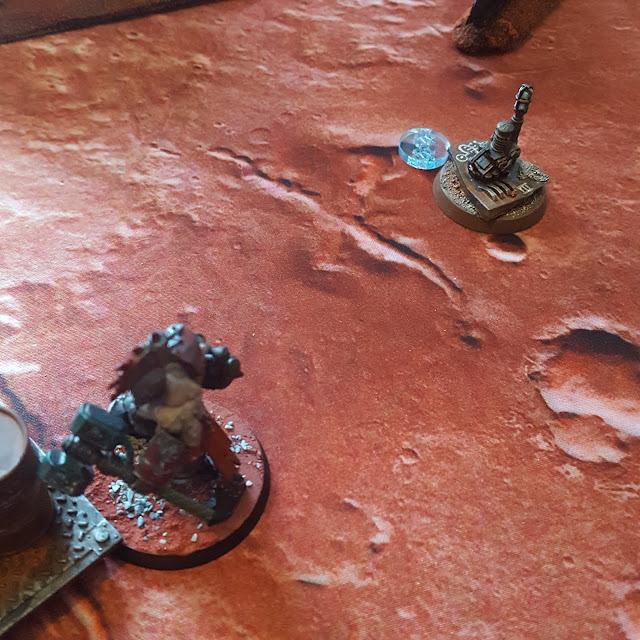 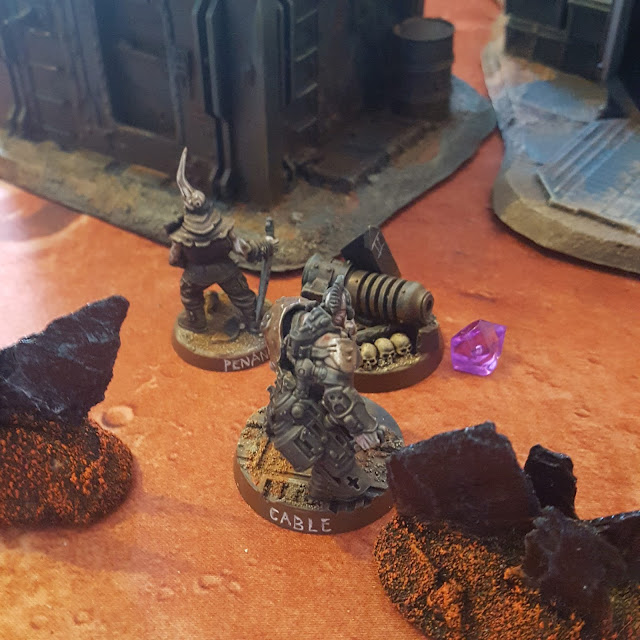 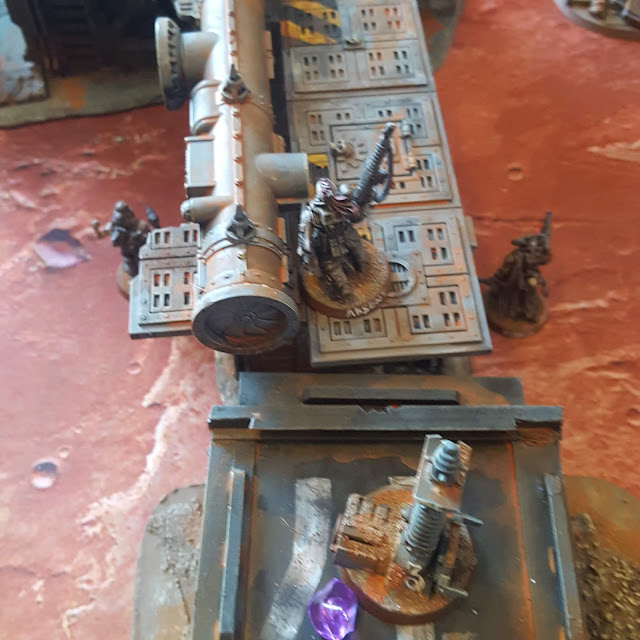 Absent crept forward into a firing position that overlooked the open area ahead of the Slipgibbets. 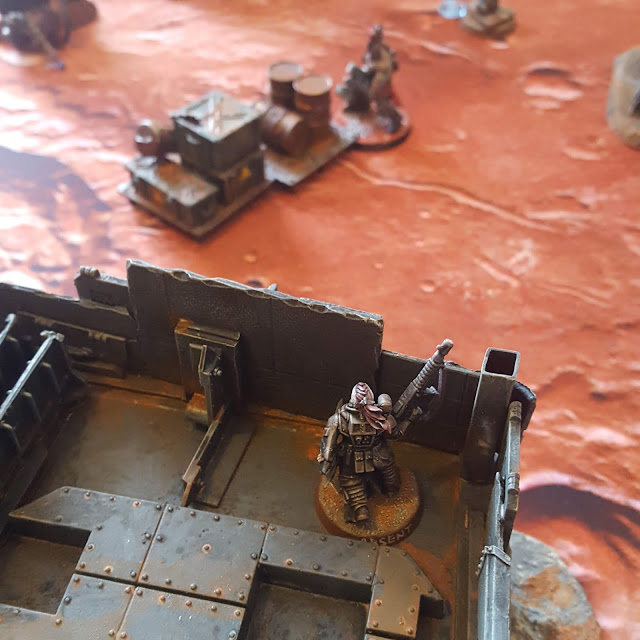 Duggee bounded through the ruined refinery, excitedly looking for prey. 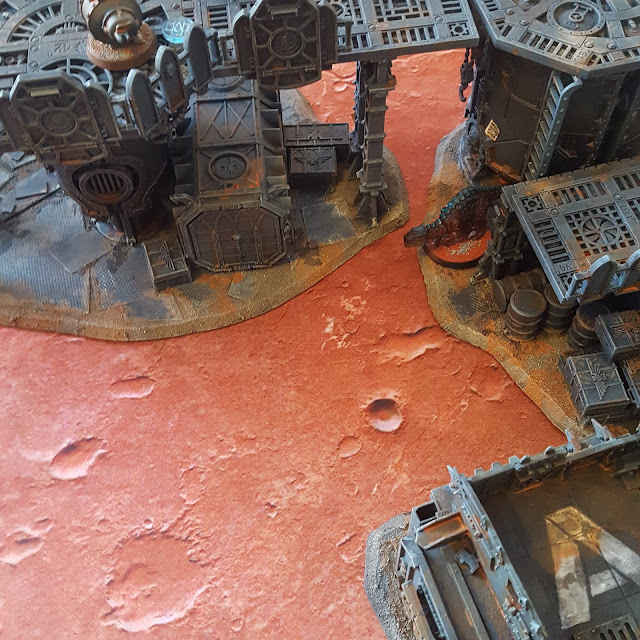 Cable and Penance spotted him and chose to withdraw quitely. 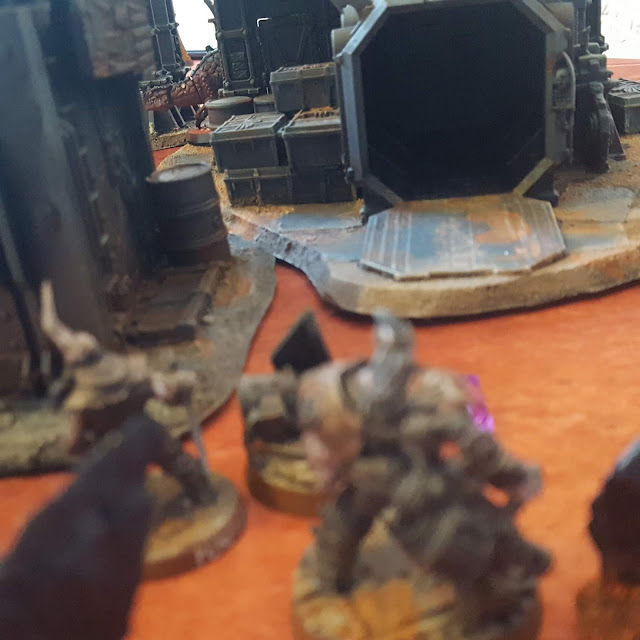 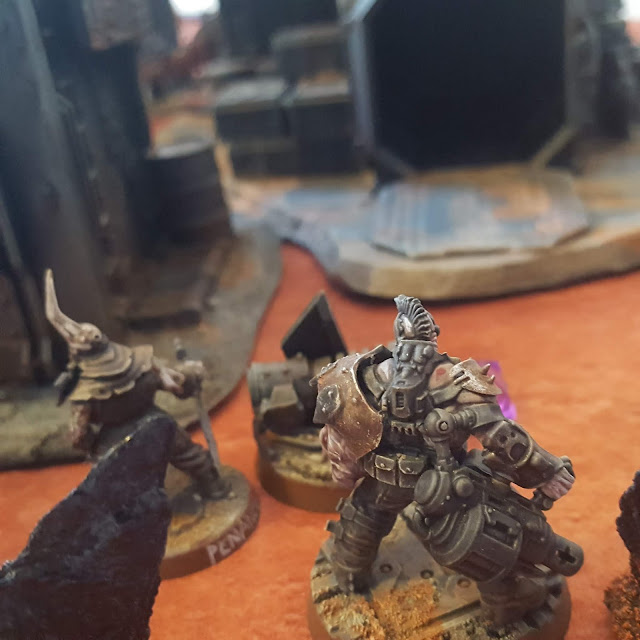 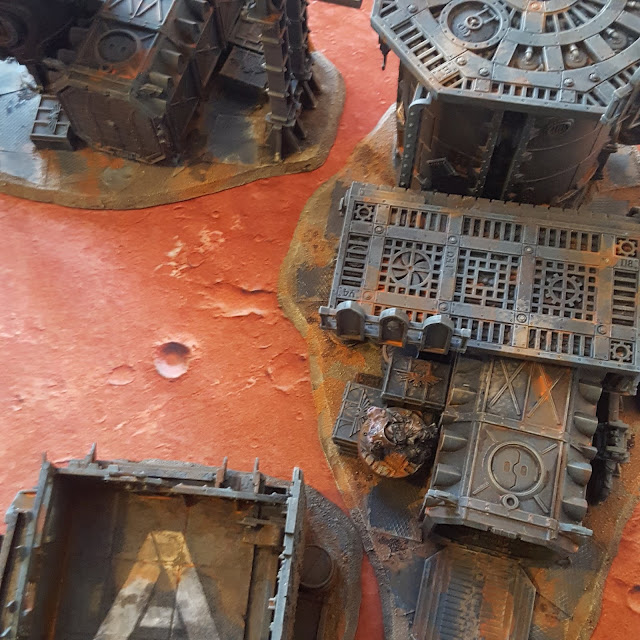 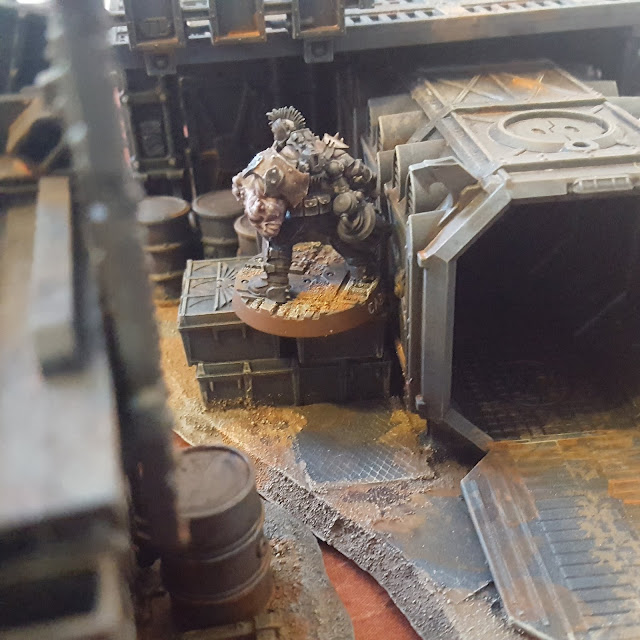 Leech fired at Yash and seriously injured him. 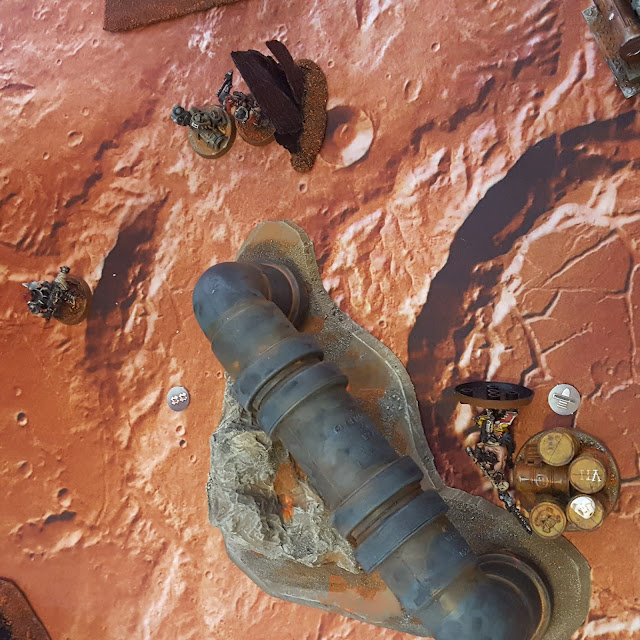 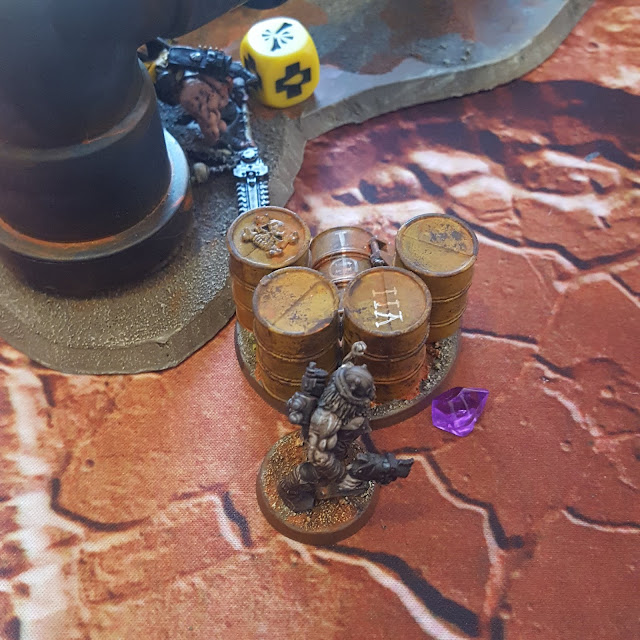 Penance claimed drop site I while Hijack sprinted ahead. The Ashtown Wasters suffered a few more casualties from Purebred gunfire than they were happy with so they fled the town! 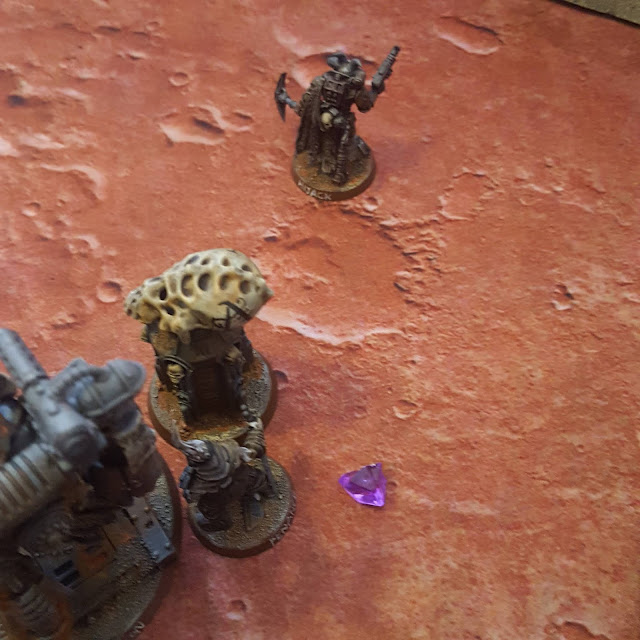 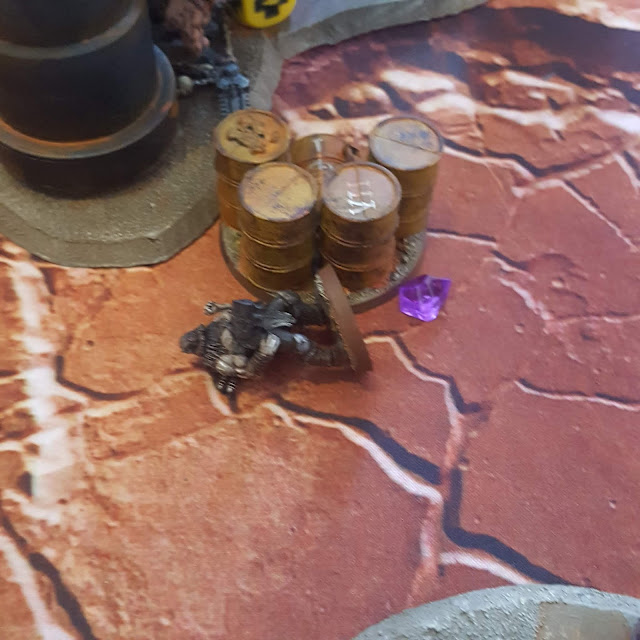 Great Father Arun pinned Atlas by lobbing a grenade at him.

Yash bled-out and Joe Pyro succumbed to his many wounds.

The fates chose the Purebred as the victors this day, just as the Tor Megiddo tarot had predicted! 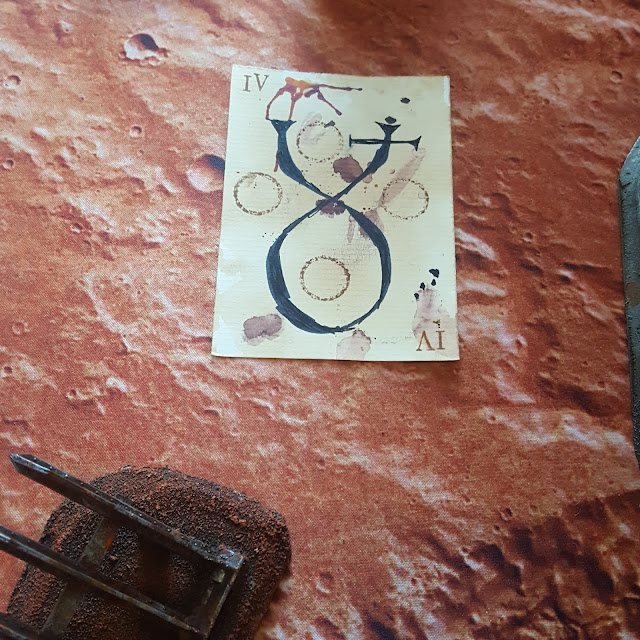 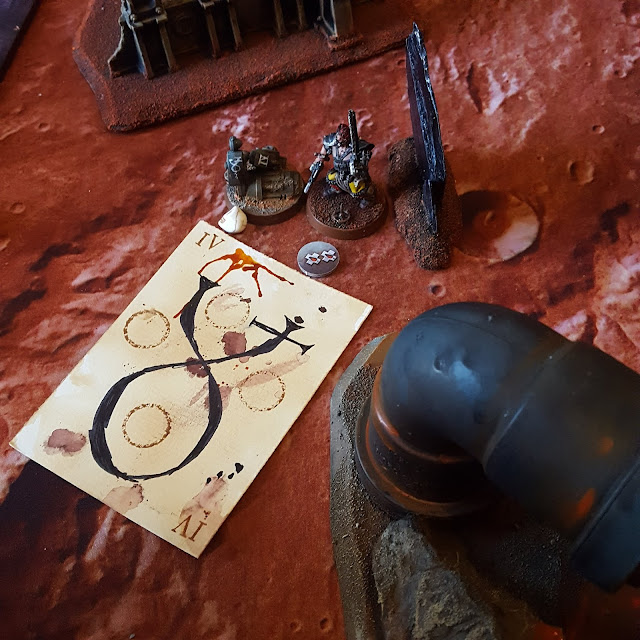 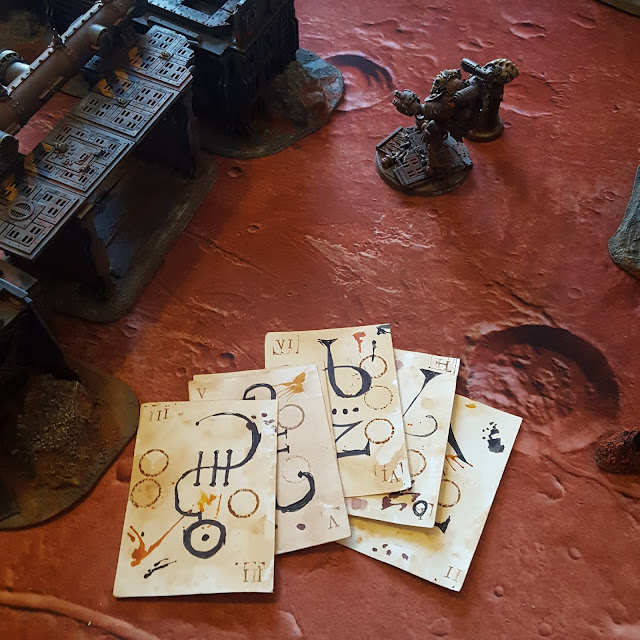 This was a three-player game. Each of us took a different counter (skull beads, purple crystals and blue discs) to mark who controlled each objective - control was taken by moving a model into contact with an objective when there were no models from another gang in contact. At the end of the game I had control of four objectives, Ade had none and Viktor had one. We drew a tarot card to find out which objective was the site of the loot ... and it was drop site IV - the one Viktor controlled!
Posted by WarbossKurgan (Saul) at 17:27