Oil and Blood, Tor Megiddo - part 15 - After the Storm


When the Red Wind had subsided again for another year, the Yaike Yaike tribes met at the Great Gathering out on the Scorched Plain. Tradition required they left their weapons outside and the tech-witches and war-leaders went through the ritual greetings and started to renew alliances, to trade, and to confirm possession of territories and resources.

Then the time came to discuss The Promethean Tower in the Valley of Defilement, that had been destroyed in a huge explosion after a battle between a large number of tribes the previous year, before the Red Wind had come. None could agree which tribe should take possession of the Valley and the tech-witches and war-leaders fell to arguing. Prohibited hidden weapons were drawn and blood flowed.

The fighting quickly spread beyond the Great Gathering itself to the followers and caravans that accompanied the leaders. The from there to the outposts and settlements across the Barrens. Soon the Yaike Yaike tribes descended into all out civil war! 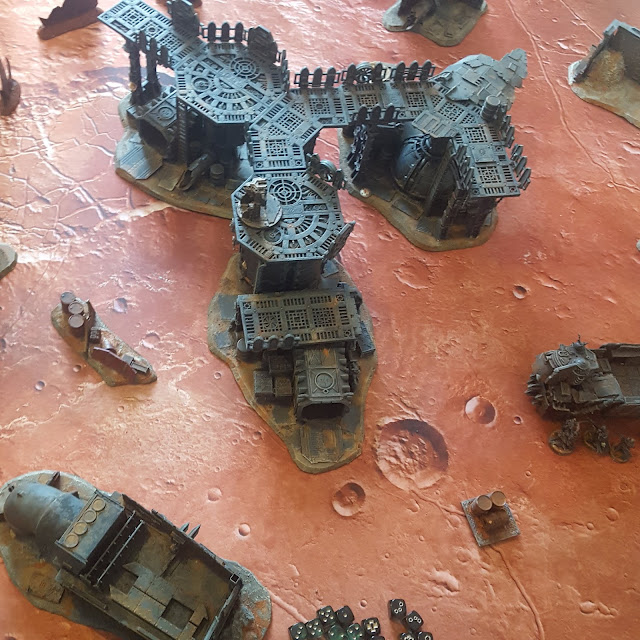 The Slipgibbets truck rumbled into the edge of Remorsehold, a small settlement in the ruins of a refinery. Kastorax, Flood, Cable and Cobalt dismounted and looked around cautiously.

Something was moving not far away. 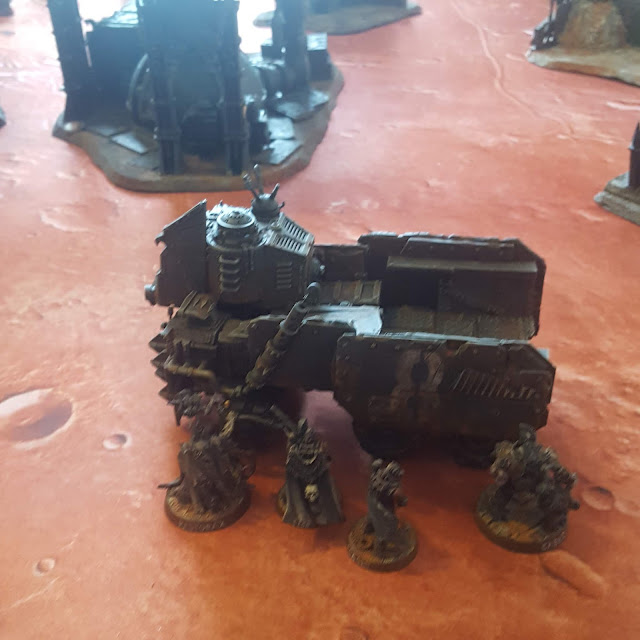 The Purebred were already in Remorsehold! 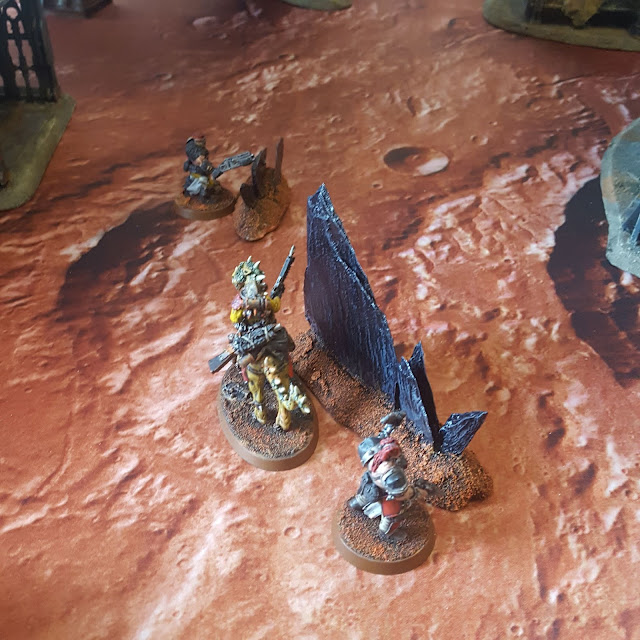 A Purebred warfather watched the truck through the sites of his heavy stubber, but a Rustman blocked his view of the hated mutants. 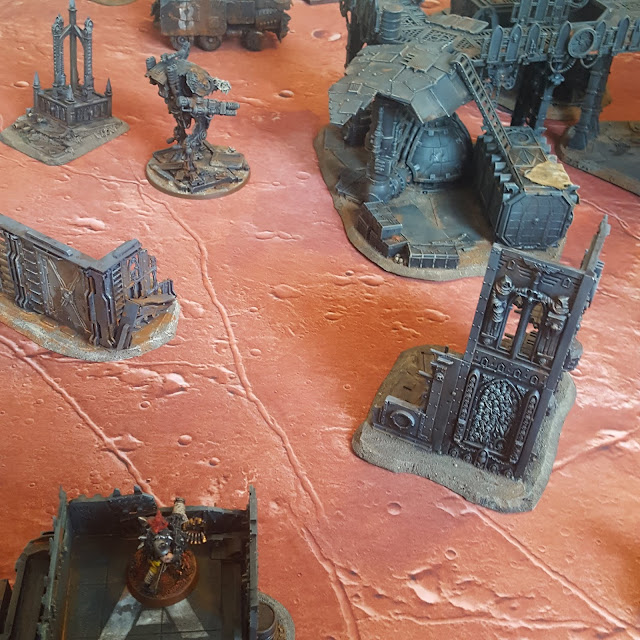 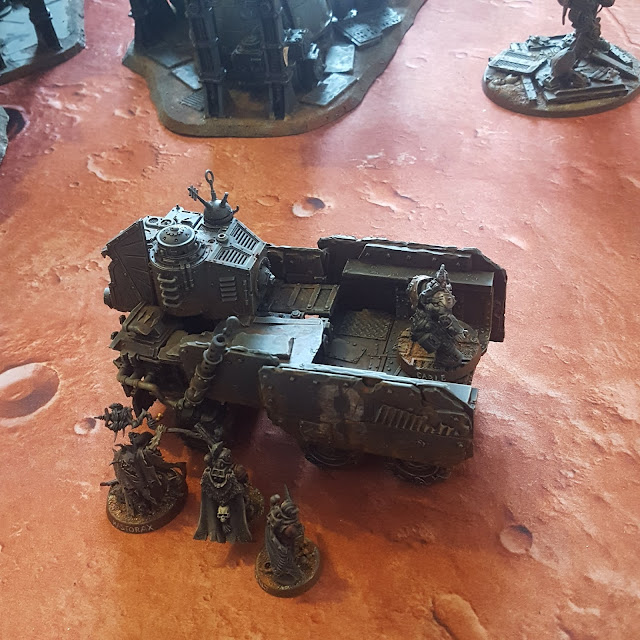 Cable covered the Slipgibbets as Kastorax led Flood and Cobalt toward the settlement. 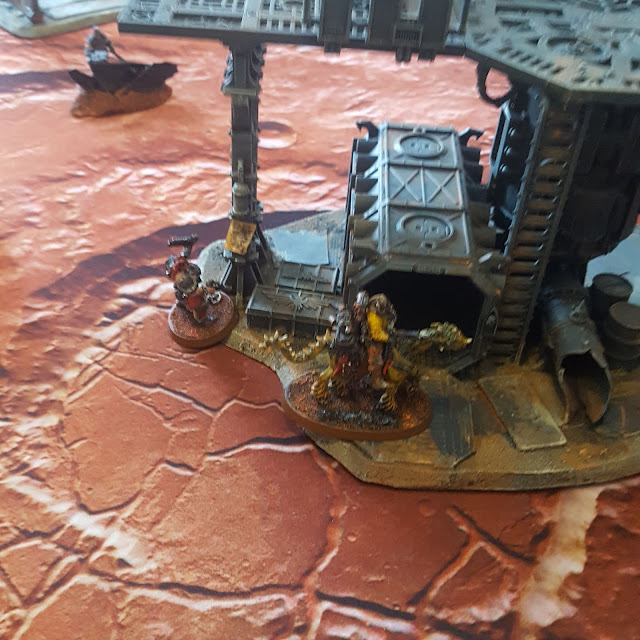 Purebreds Yash the Blemished and Eshelon the Rider were searching one of the shanty dwellings. 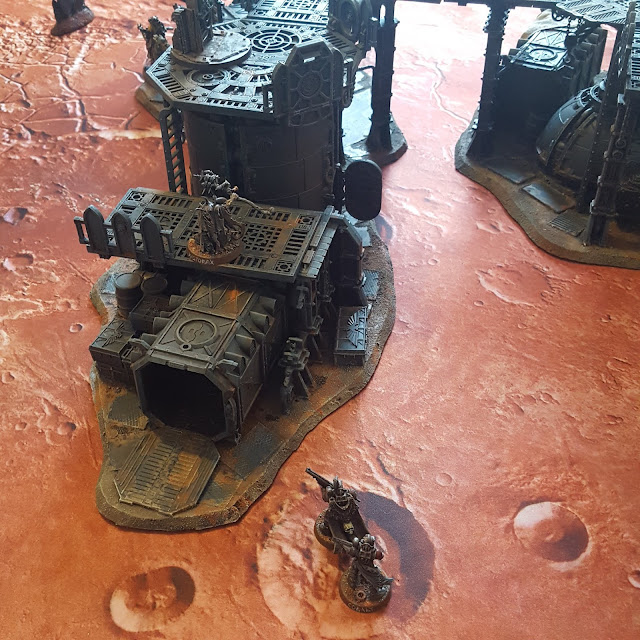 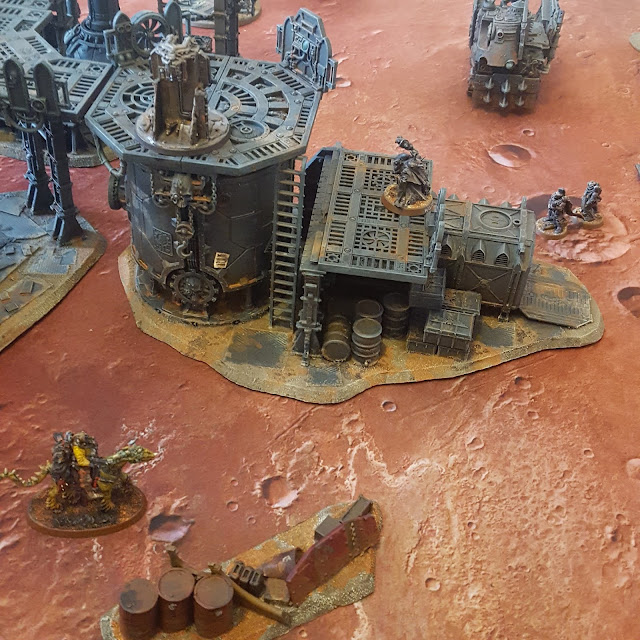 Eshelon and his mutant steed galloped up alongside the cold furnace. 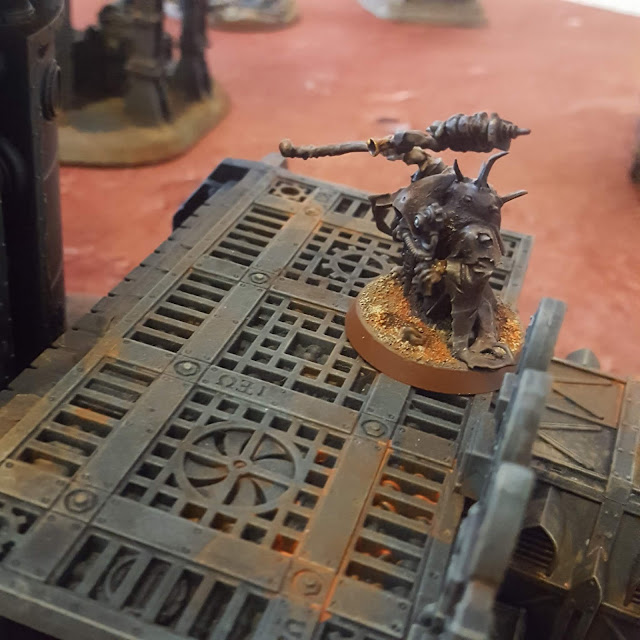 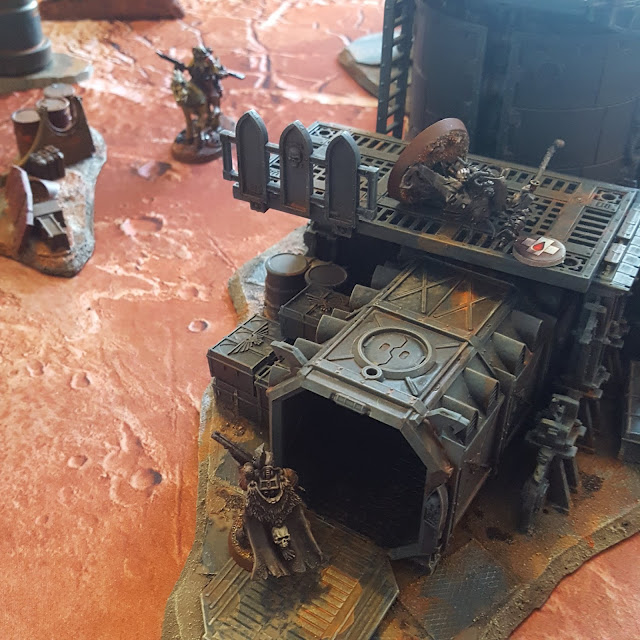 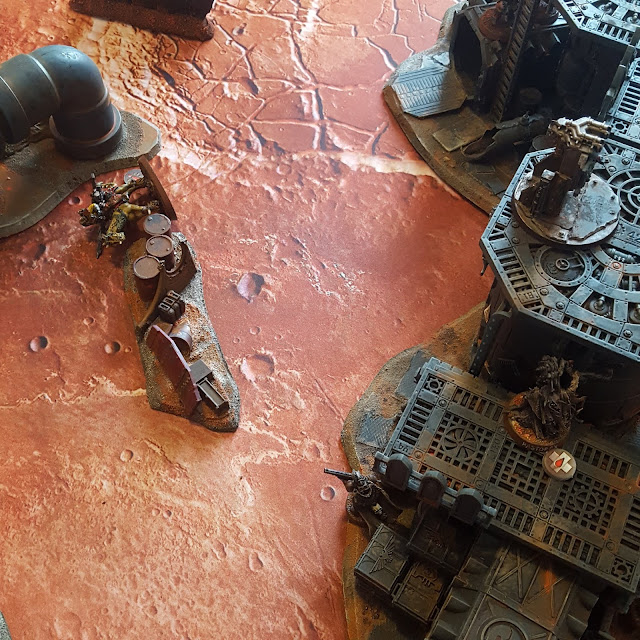 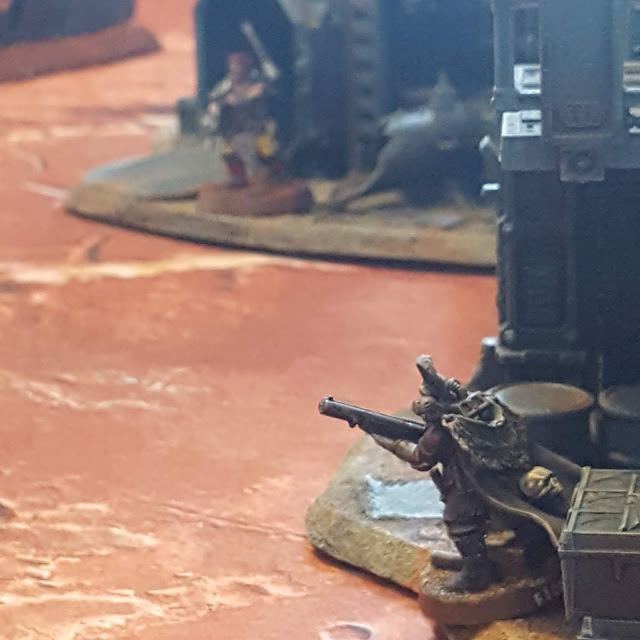 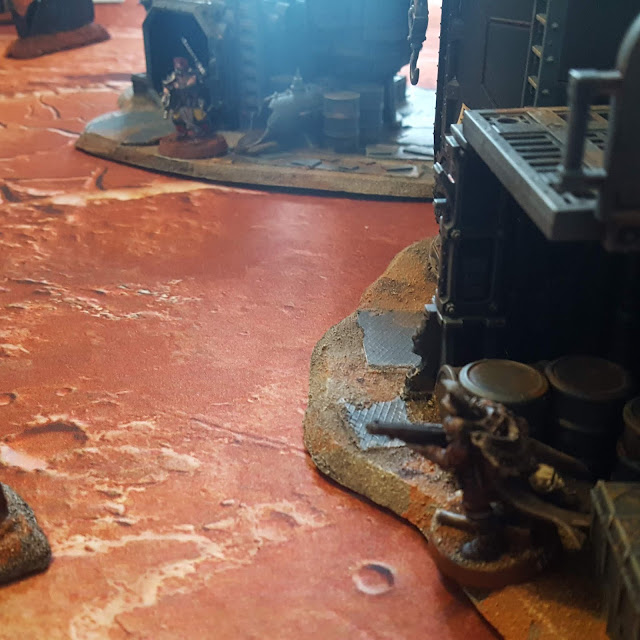 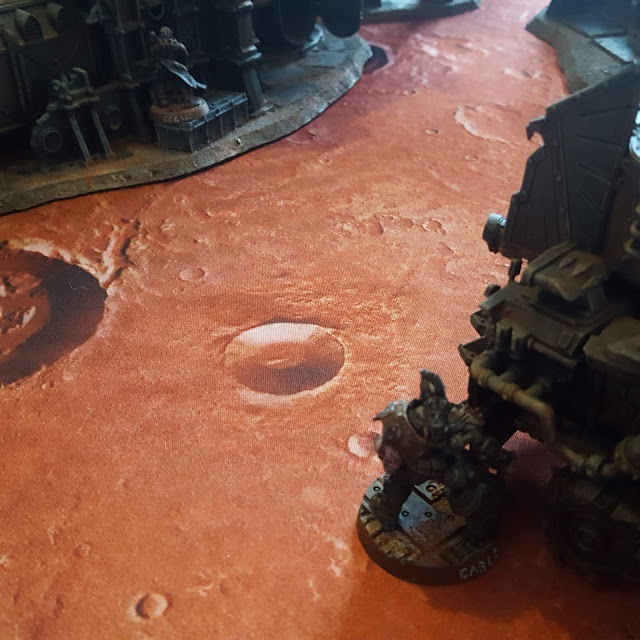 Cable moved up, firing his grenade launcher through the supports at Larg. 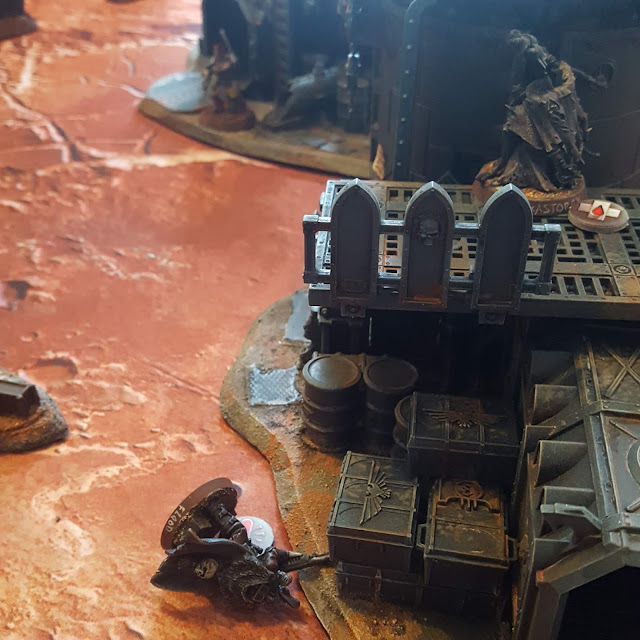 Yash blasted Flood with his laspistol. 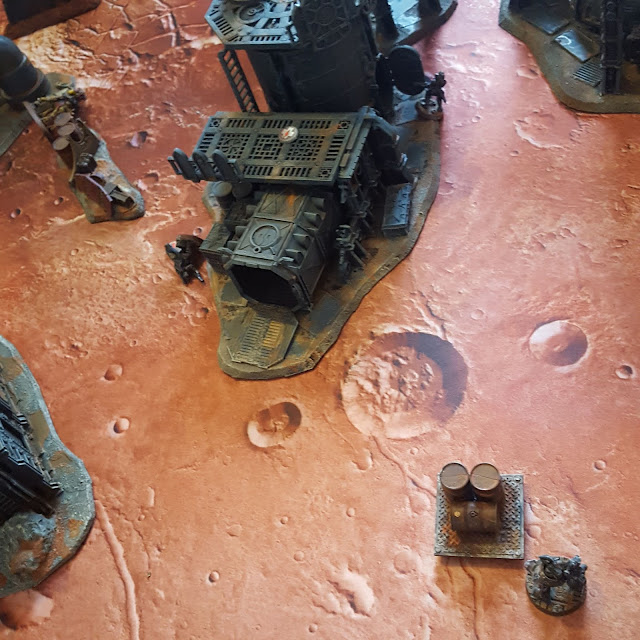 Cable fired at Eshelon, this time hitting his mark more through luck than judgment or skill! 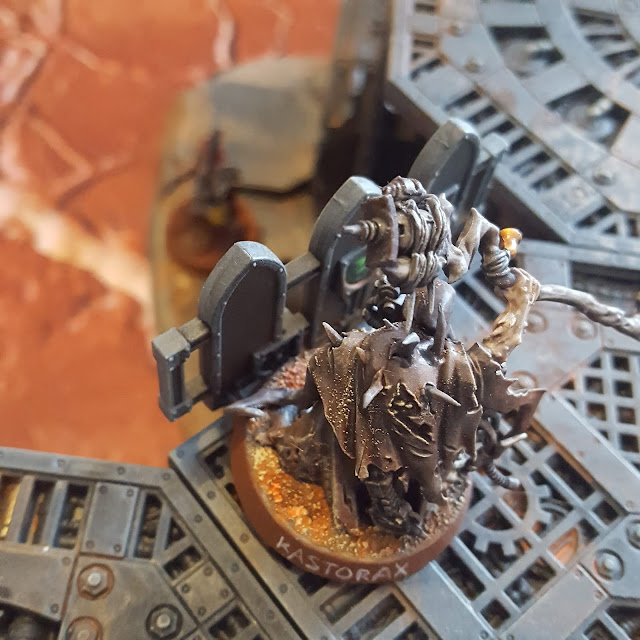 Kastorax looked down on Yash as the Purebred fell back from the fight, and chuckled to himself. 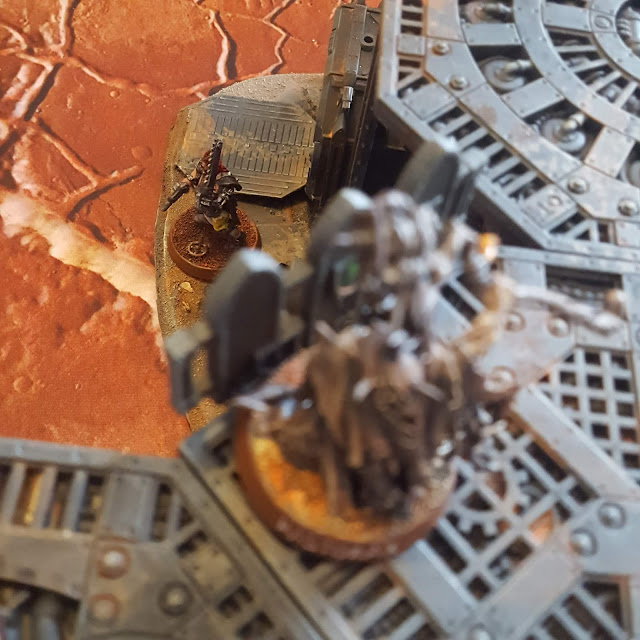 Meanwhile, in another part of the desert... the Stash Riders and the Ashtown Wasters met at Final Falls. 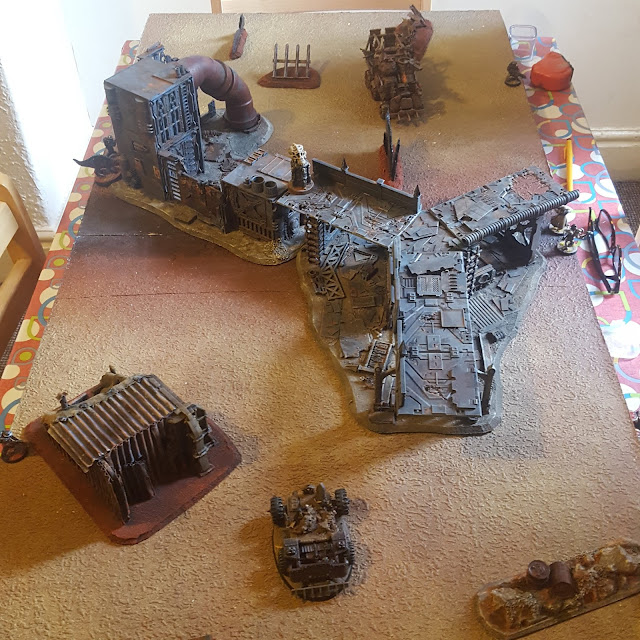 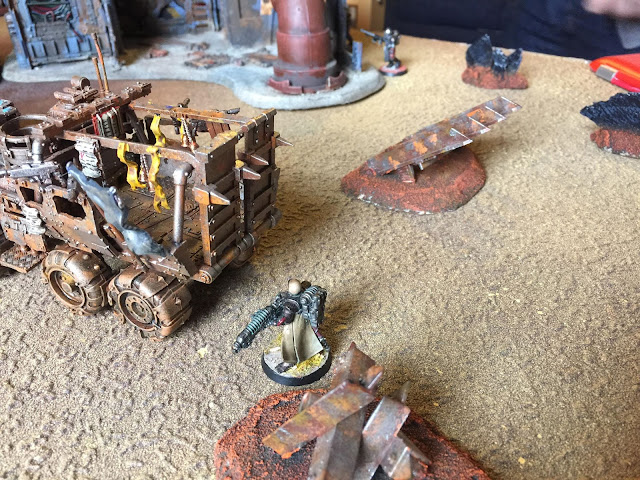 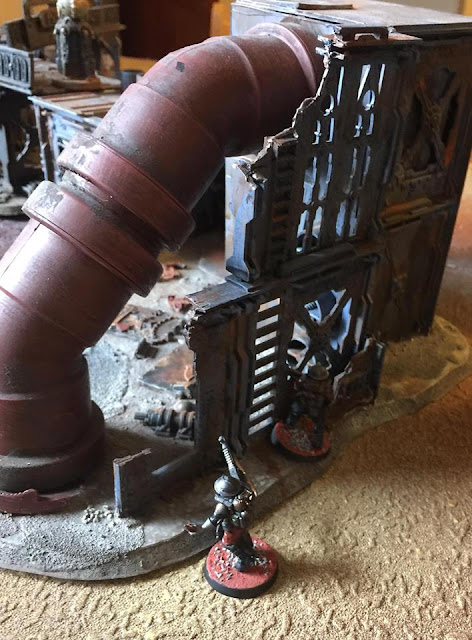 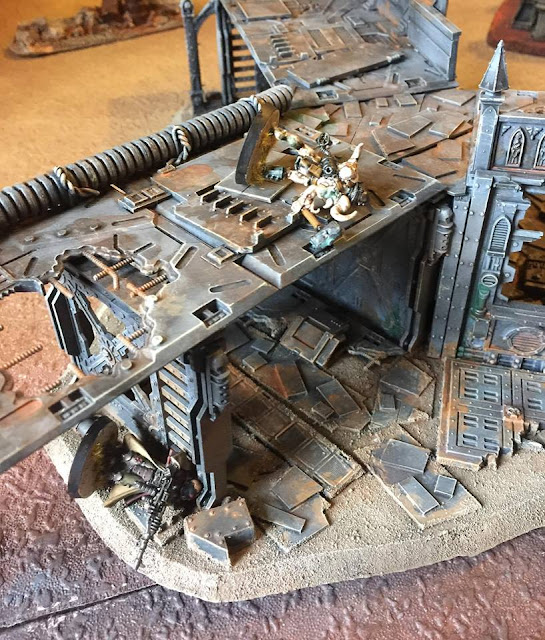 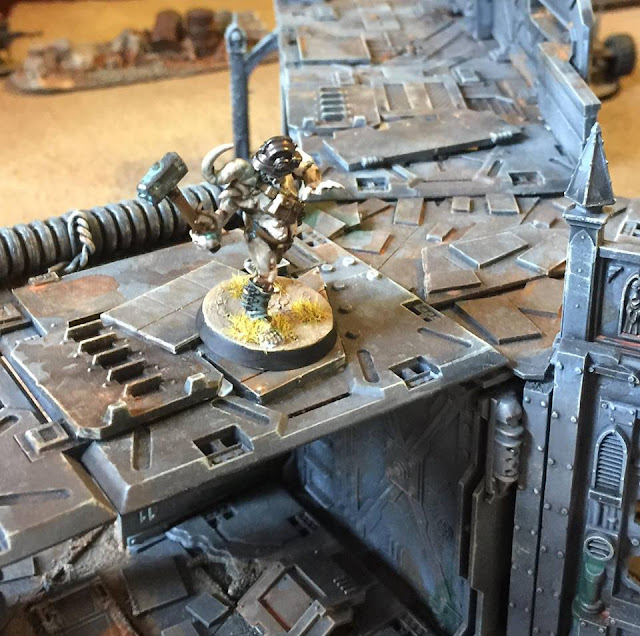 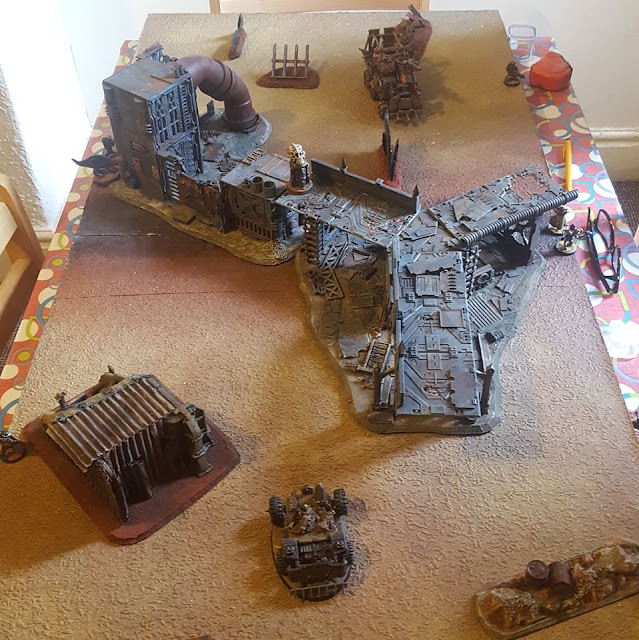 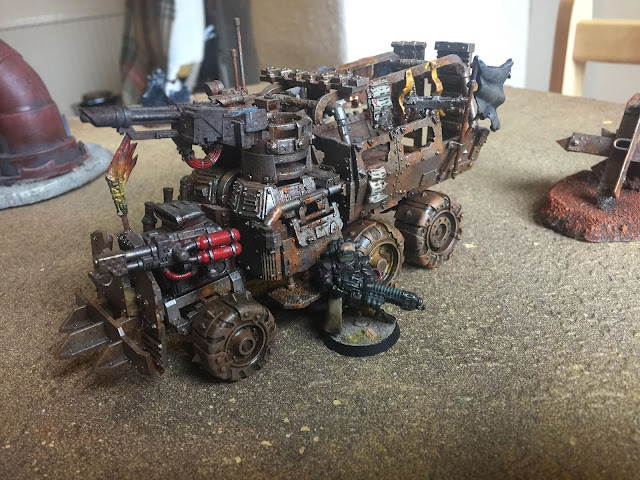 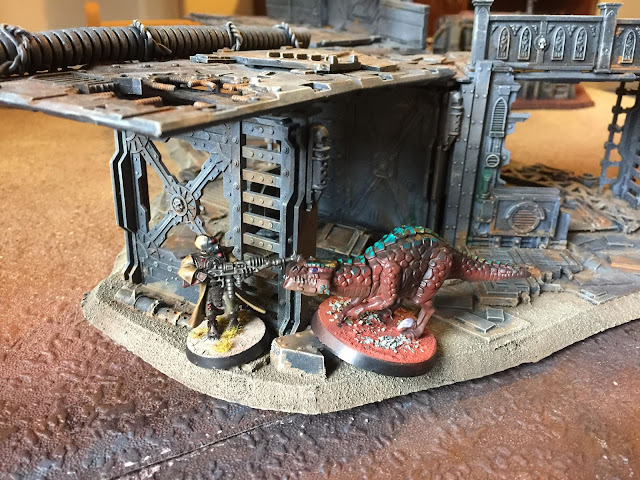