Endless Spells of the Harrowmark - part 2

Formed from the souls of those burnt at the stake for witchcraft, the Burning Head is a blazing skull that scorches its way across the battlefield, incinerating ranks of troops and inflaming the anger of those who draw close.  The Burning Head crashes into everything in its path with terrifying force, teeth violently gnashing with white soul-fire as it leaves all behind it tangled in lashing branches and strangling barbed vines.

The first of my Harrowmark Endless Spells is completed. I really enjoyed painting it but I've realised I need to take a bit more care in hiding the joins when I make the next ones. I used baking soda and superglue to cover the join with texture, after I had "finished" painting it - which meant I hadn't finished painting after all. I'm happy with the results though and I'm looking forward to the next one!

I've been thinking about coming up with a few names for Burning Heads that might plague the malignant forests, names that the locals might give them after a few weeks of being tormented by one. I might make a list and roll to see which name we use at the start of each game... 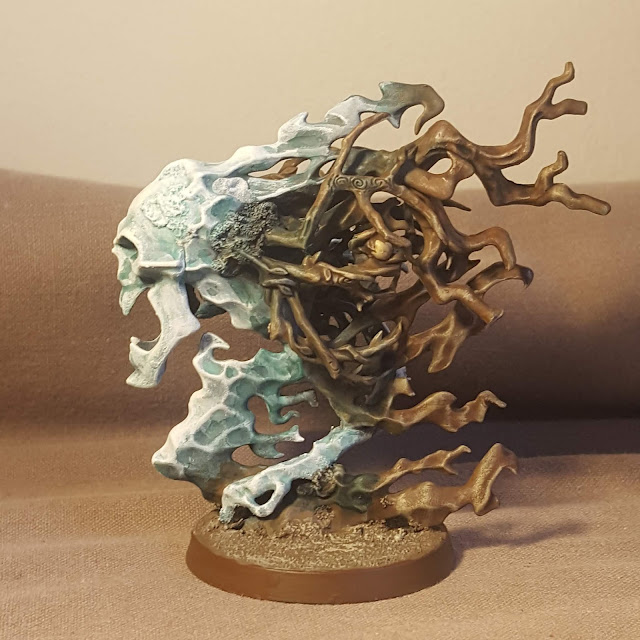 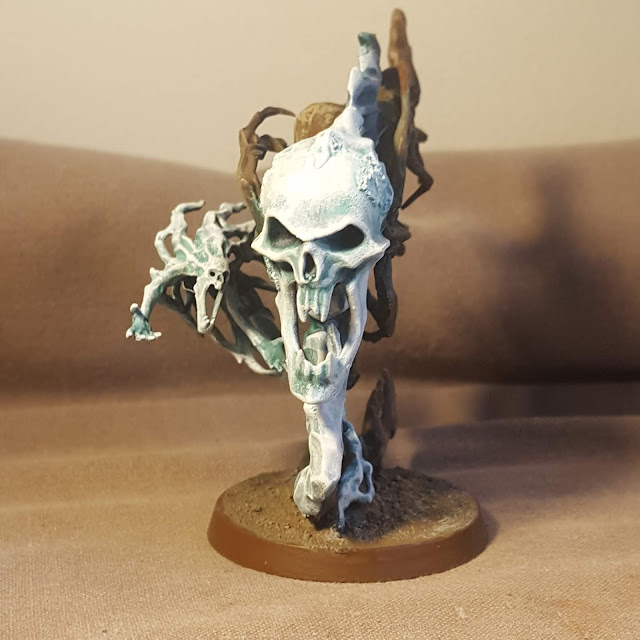 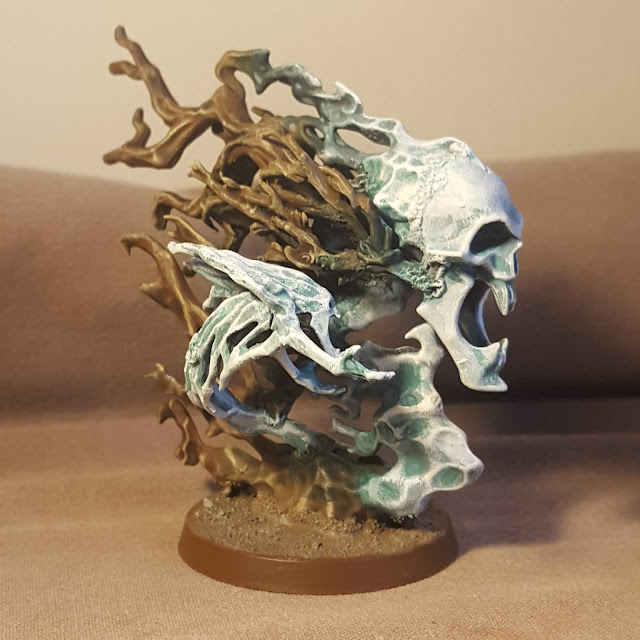 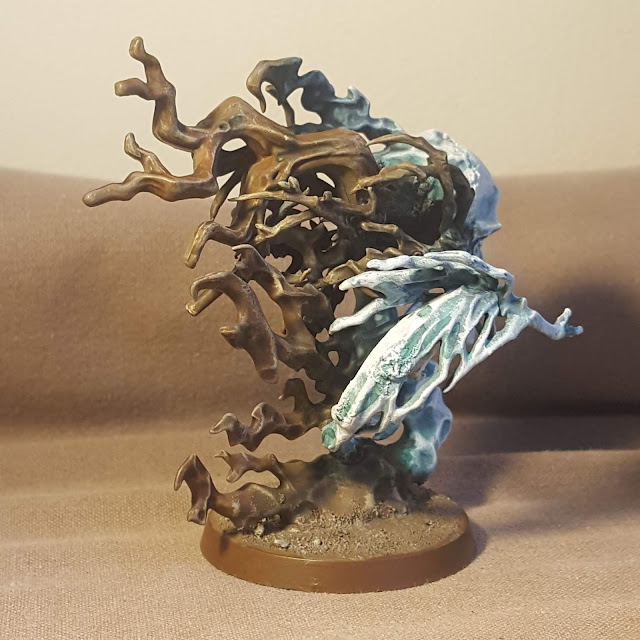 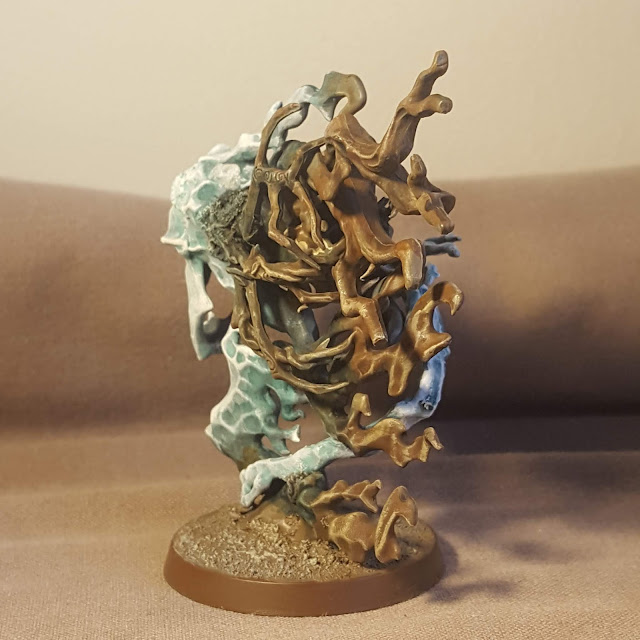