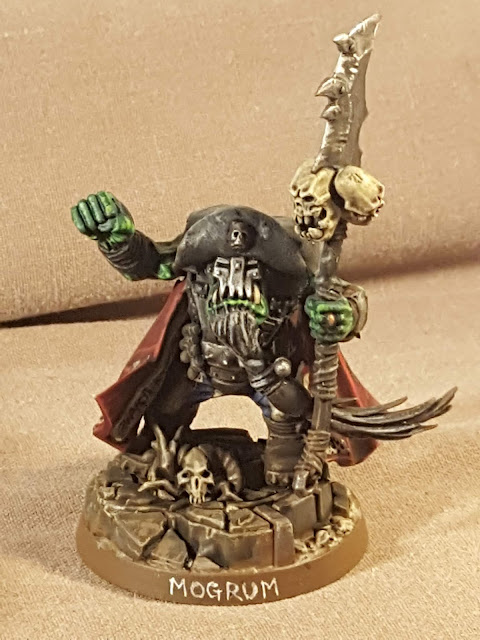 Da Cleavermaw was a hulking conglomeration of different wrecked and captured ships, cobbled together over many years from their victims and any old junk they could salvage. The prow and stern were completely mismatched and it rode through the air in an ungainly, awkward way. It looked like a dog, steered like a cow and smelled like a slum. Luckily it also packed a punch like a prizefighter: it was equipped with strange mechanical contractions to grapple and board an enemy and vast amounts of heavy artillery.

For years Kaptain Mogrum was completely obsessed with closely examining the captured papers, maps, charts, orders, logbooks and letters - he had standing orders for the crew to gather them from captured sky-ships. He hoarded them in his cabin and, along with his clerk, poured over them for hours in the night making details notes and trying to fit them together or to make sense of them as a whole.

Some months ago Kaptain Mogrum received a near-fatal head injury in a boarding action - a Kharadron skypike split his skull. He was not expected to recover, so it surprised everyone when he woke up and exploded the cabin wall by vomiting up a green lightning-blast of Waaagh! power. The head wound he had survived had unlocked a connection to Gorkamorka and the Waaagh! energy that was generated by the orruks around him. Mogrum used to be just a Warboss until he got knocked on the head; he is now a Weirdnob Shaman!

Mogrum embraced his new role and his new powers when he found he could punch holes in enemy ships just as easily as he could scatter enemy crews! 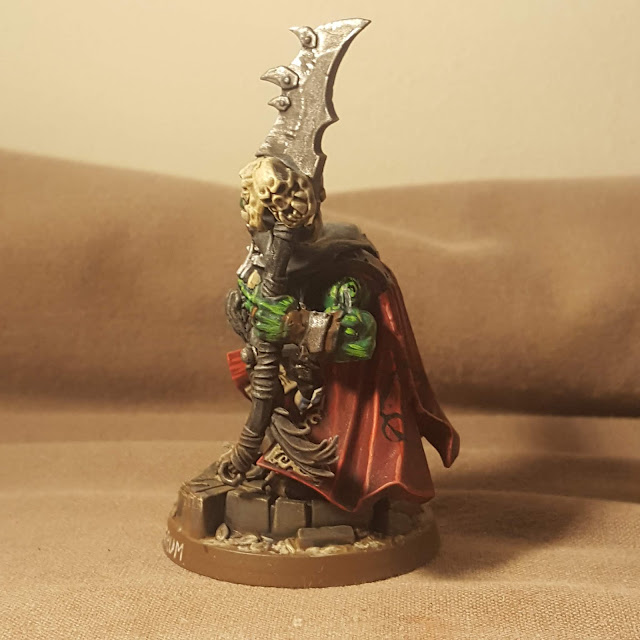 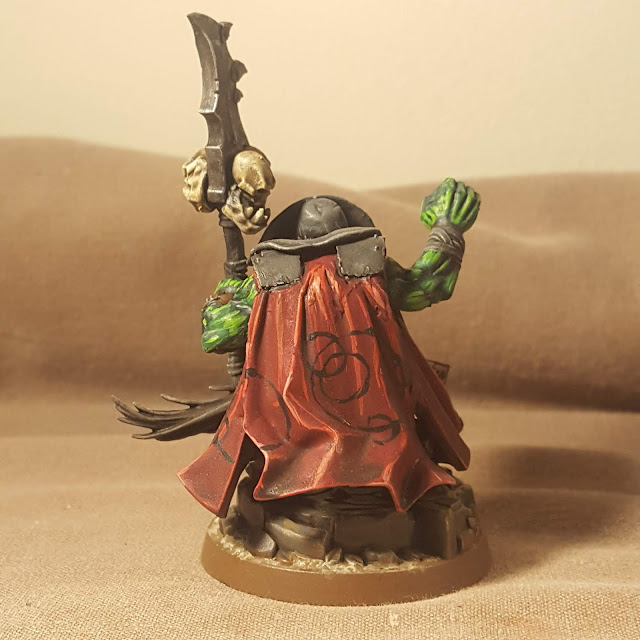 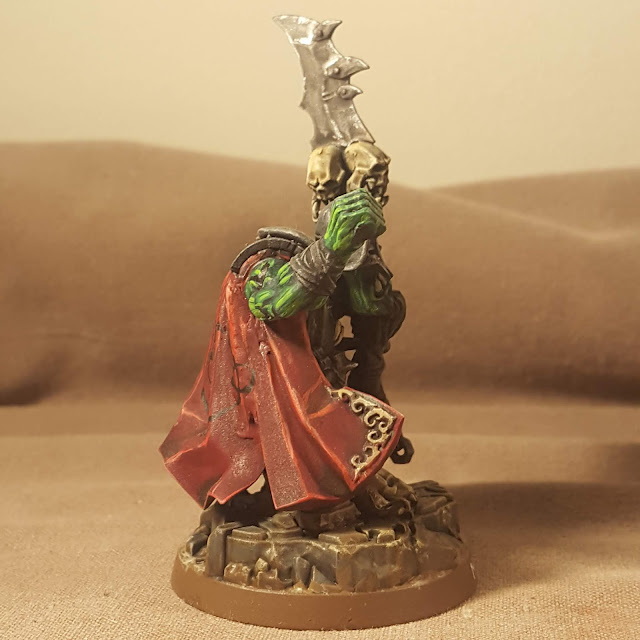 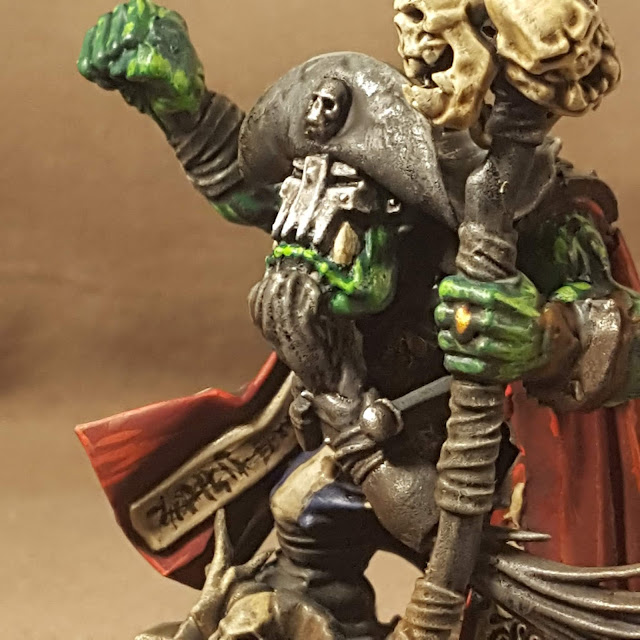 This is the old (Orruk Warboss) version of Mogrum, alongside the new (Ironjawz Weirdnob Shaman) version. The next chapter in his story will start later this year when we begin our Malign Sorcery AoS Skirmish campaign: Spellbreakers at Realm's Edge. 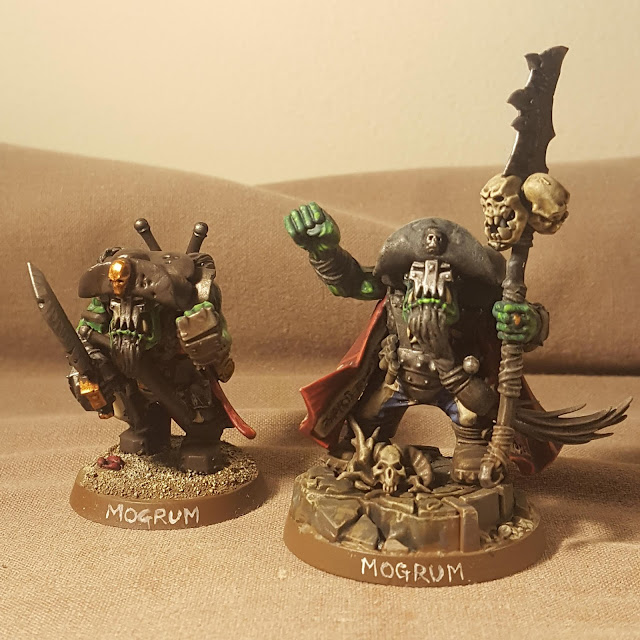 I finally got round to taking some photos of the Cleavermaws all together. 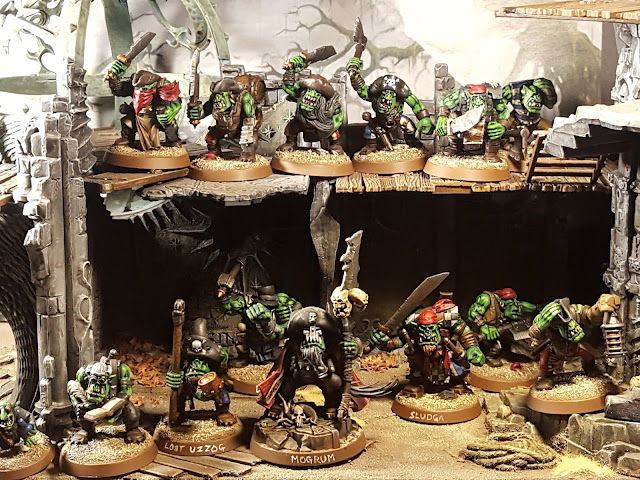 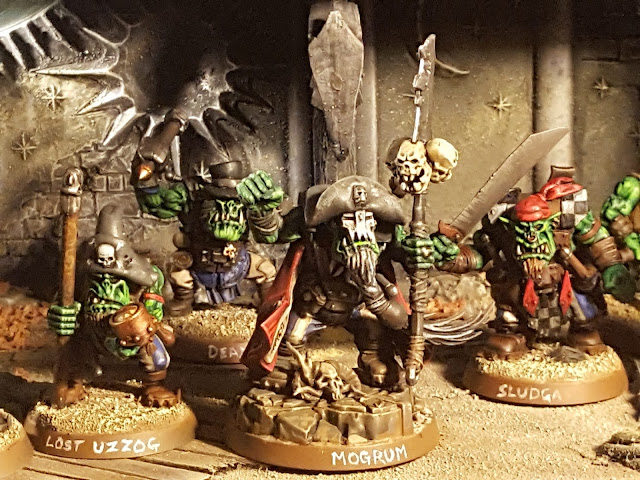 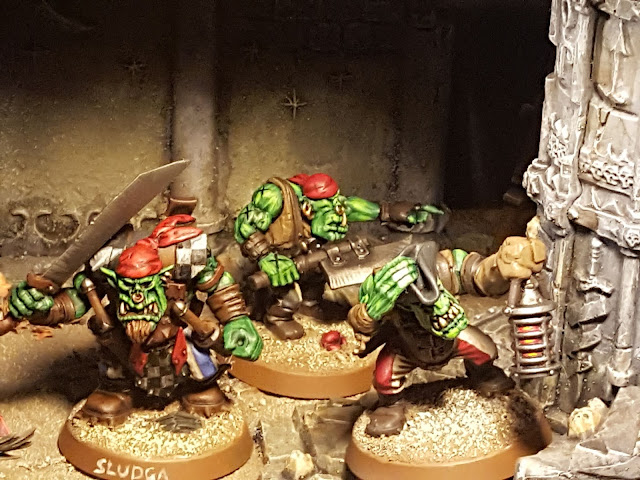 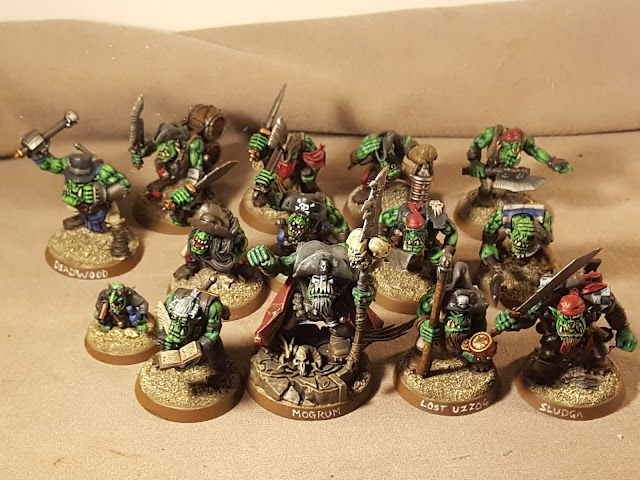