"The legends tell of the spacers that brought the Grandfather to Necromunda - they were the crew of a bulk hauler that chanced upon a Space Hulk at the edge of a far off star system. They are long-dead now but some of their descendants are still part of our family. They were heroes, saints even. They brought our Guardian to us, so he could protect us and guide us and make our lives infinitely better.

They smuggled the Grandfather onto our world in a cargo container, in the centre of a consignment of cryo-frozen foodstuffs. In the spaceport the container was put onto a monorail to be moved from Hive Secundus to Hive Primus. It was 'stolen', before it reached the terminus in Primus, and moved down-hive. There it was stored for nearly 20 years while the family grew - the spacer's children took over as custodians and the frozen container was tended carefully; re-painted and re-tagged, kept powered-up and kept hidden.

When the family was big enough and strong enough the container was moved again. Down again, down into the underhive where it was safe from prying eyes. In a temple set up by the faithful Brood Brothers, Acolytes and Neophytes of the (now well established) Order of the Guardian the power was turned off, the doors unsealed - the Ceremony of Awakening was performed. The Guardian was welcomed into his loving family's arms and our power grew." 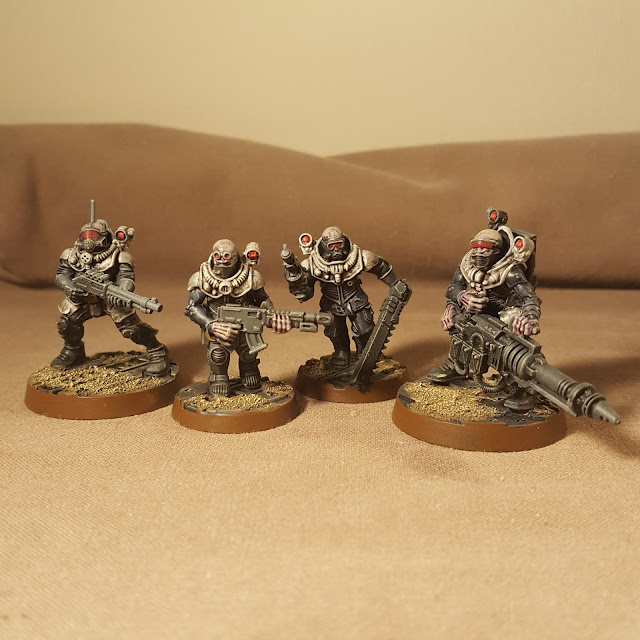 Four more Neophytes join the Order of the Guardian. Made with the plentiful leftovers from an actual Neophyte kit, some human Blood Bowl players and some Cadians. A bit of clipping and a little greenstuff was needed to fix the joints between the GSC torsos and legs from other kits.

Brother Alvit, Medic Specialist Neophyte with with shotgun
(I have done more work on this model since taking the photos - I will replace them with new pics soon) 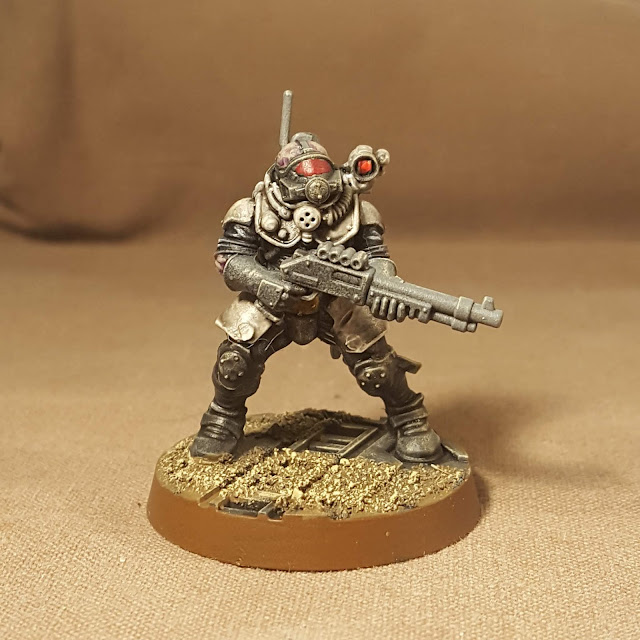 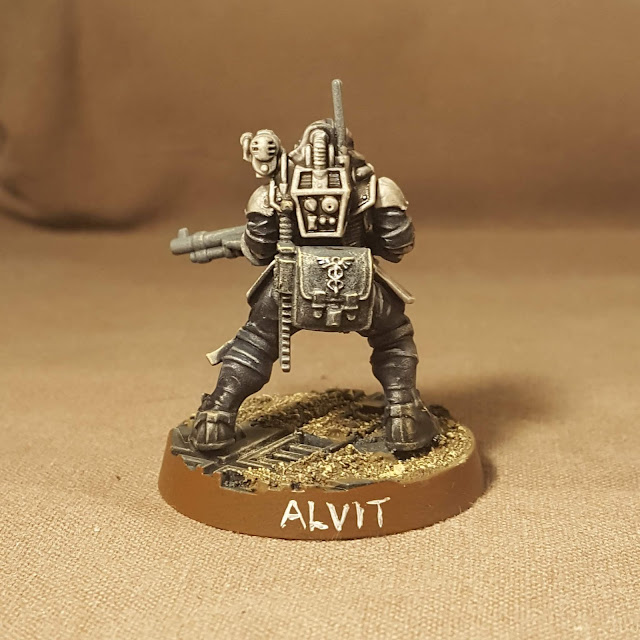 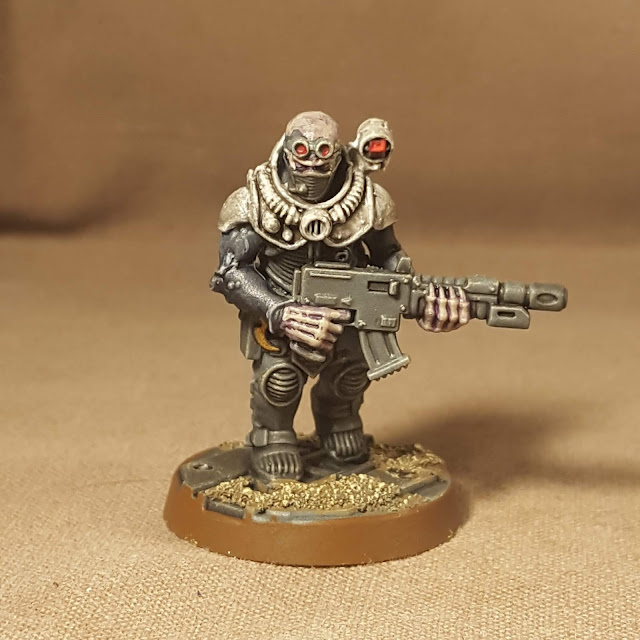 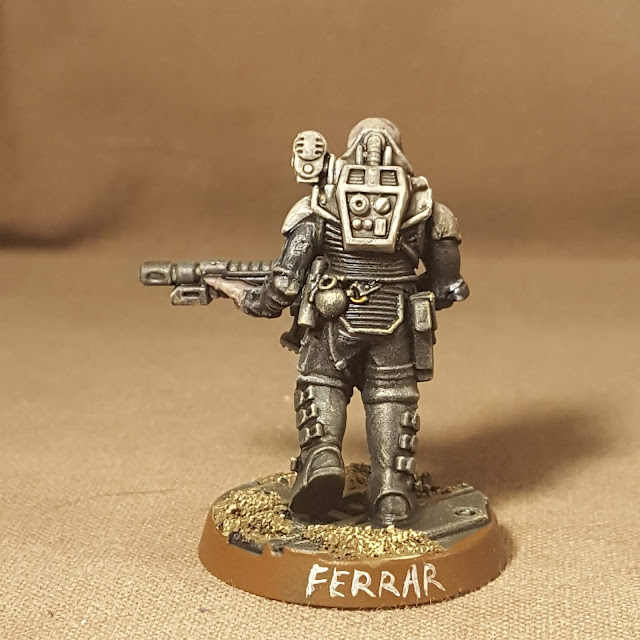 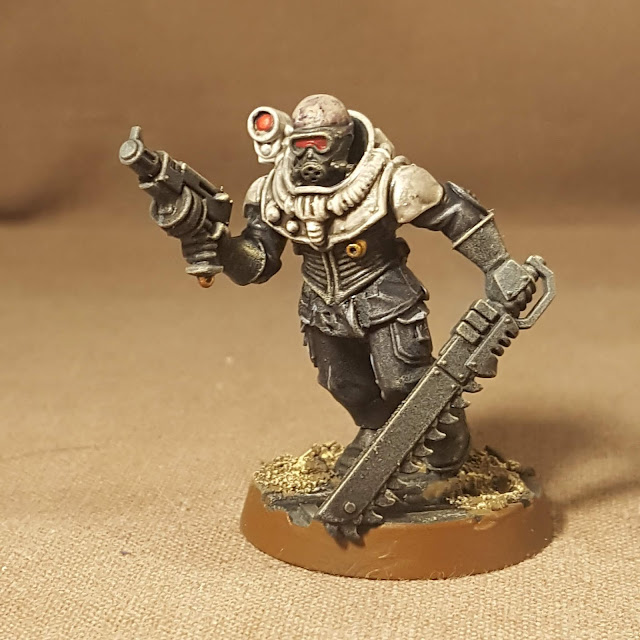 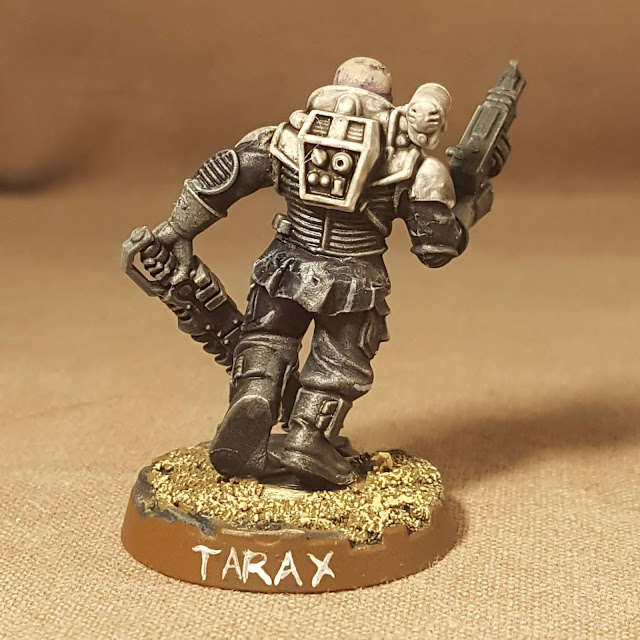 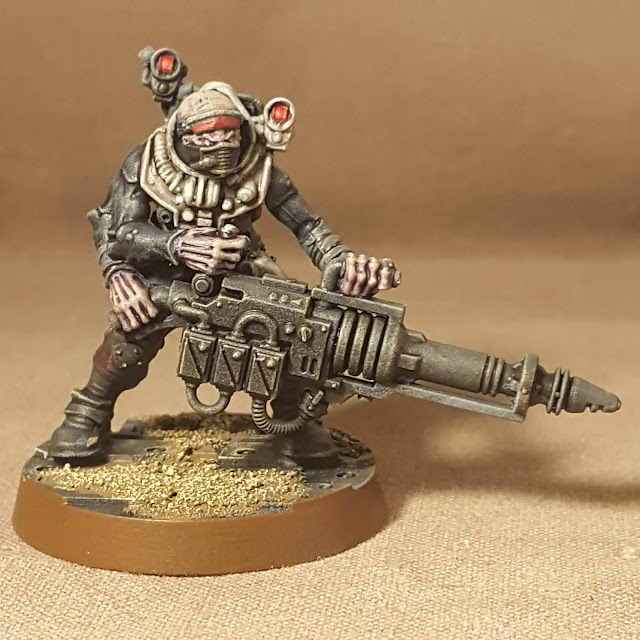 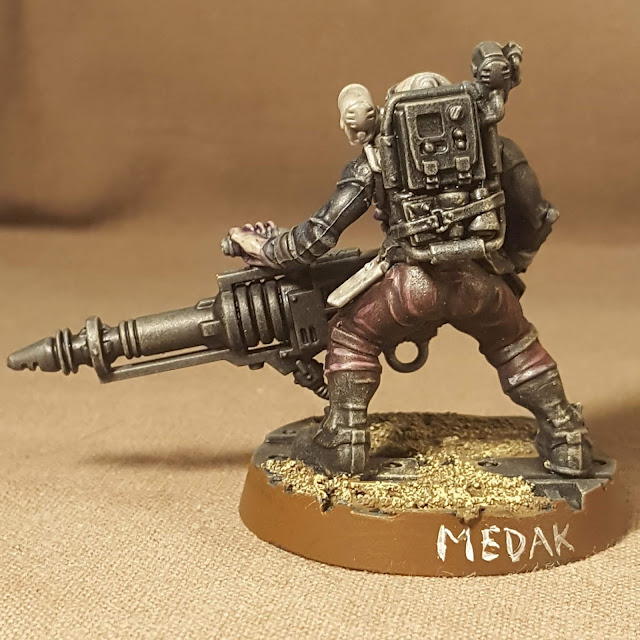 The Order of the Guardian so far: 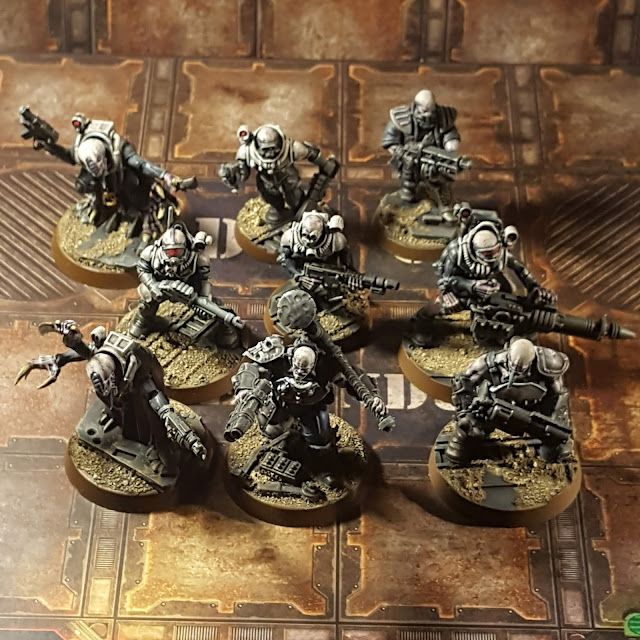 There are a couple of familiars, 2 more Acolytes and a few extra infected gangers on the way.