Endless Spells of the Harrowmark - part 1

Back in May we read this snippet in the Endless Spells Rules Preview on the Warhammer Community blog, and it caught our imagination immediately:


Endless spells are one of the unforeseen consequences of Nagash’s machinations in Shyish. Where previously spells would dissipate naturally, many now take on a life of their own, roaming the realms and accumulating power almost indefinitely. Some wizards in the Mortal Realms have even taken up work as bounty hunters, tracking them down and dispelling them, while certain examples are as notorious as any dragon or beast that lives in the woods, like the legendary Phantom Blade that cleaves through Ulgu.

So later this year we are headed to the wild hinterlands of Realm's Edge.

With each of our warbands led by a bounty-hunting wizard, accompanied by their retinues plus a few local guides, we are going to hunt down and bind Endless Spells for coin and renown. It will be a Malign Sorcery AoS Skirmish campaign called Spellbreakers at Realm's Edge. But more on that later... (we have our Tor Megiddo campaign to play first!). In the meantime I have to build and paint my Endless Spells!

Inspired the Umbral Spell Portals made by theempyrean_ I realised I needed to make my Endless Spells specifically for The Harrowmark. Death-forest themed magicks of black voids and ghostly blue-white fires, with lots of roots and branches and mud - so basically the same colour palette as my scenery.

So, here is the beginning of my first predatory spells. 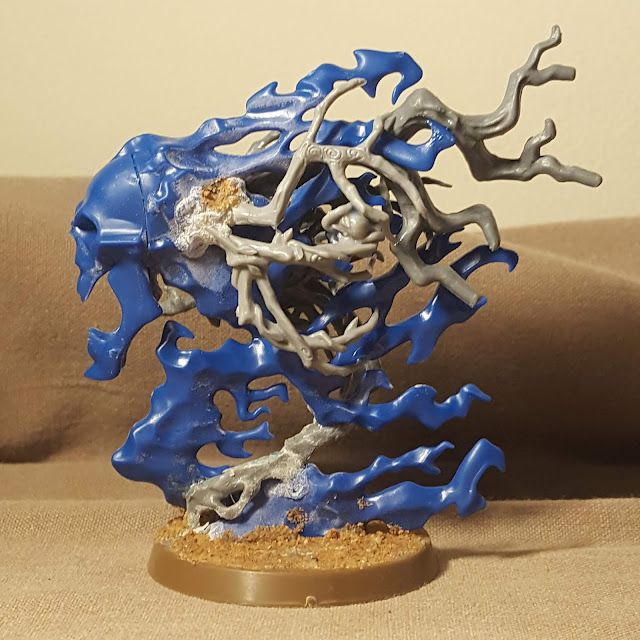 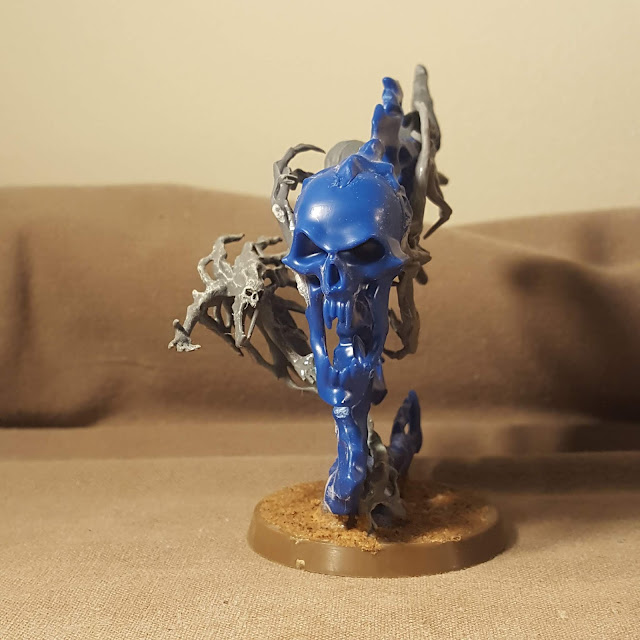 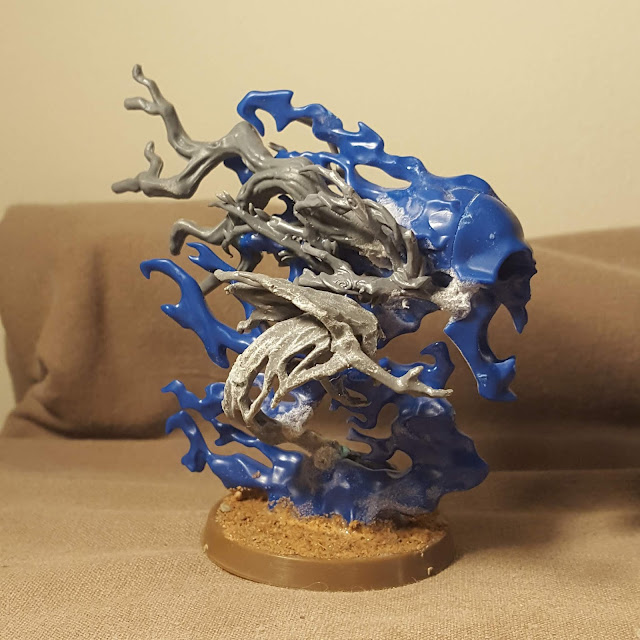 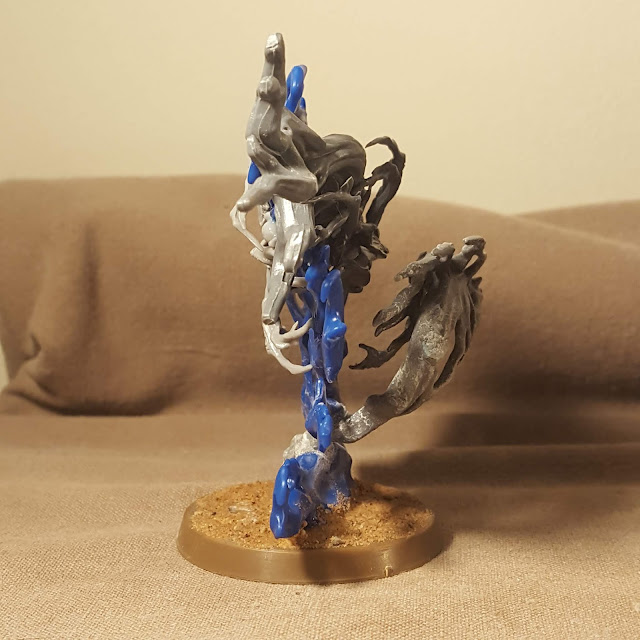 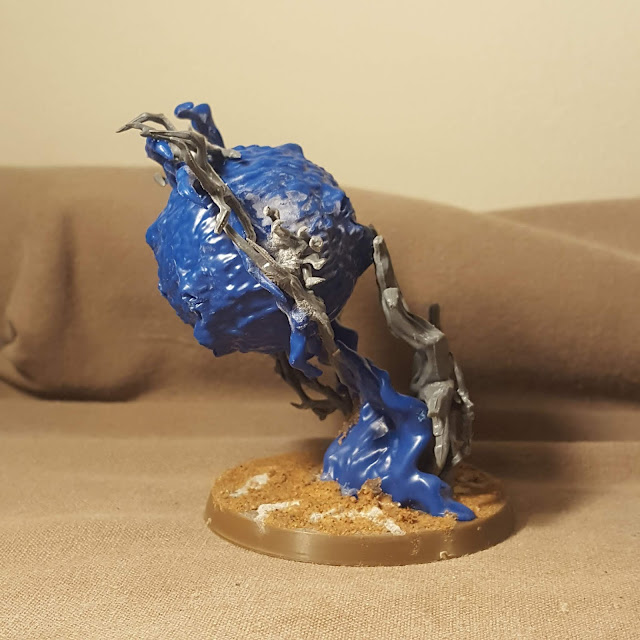 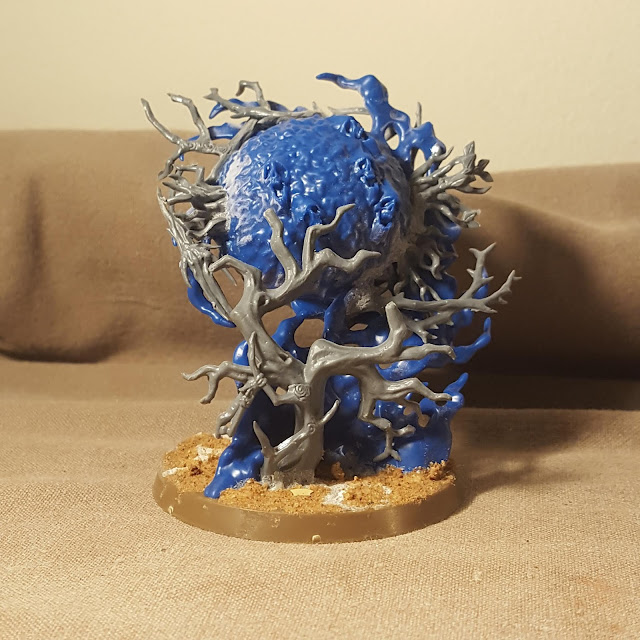 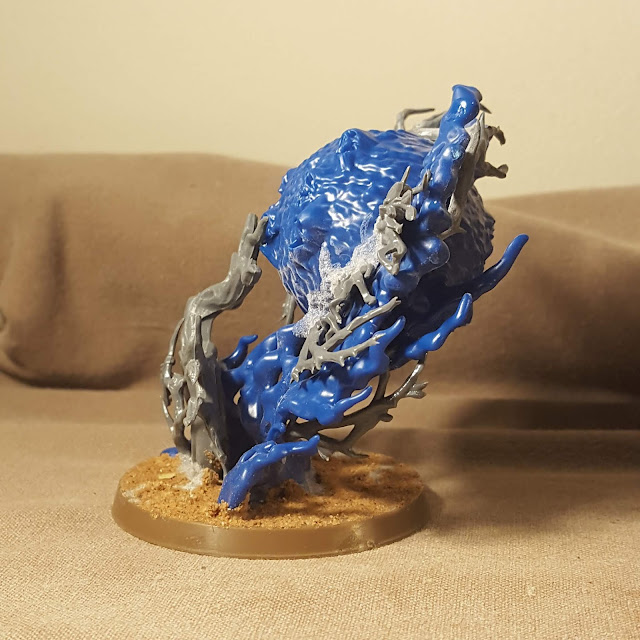 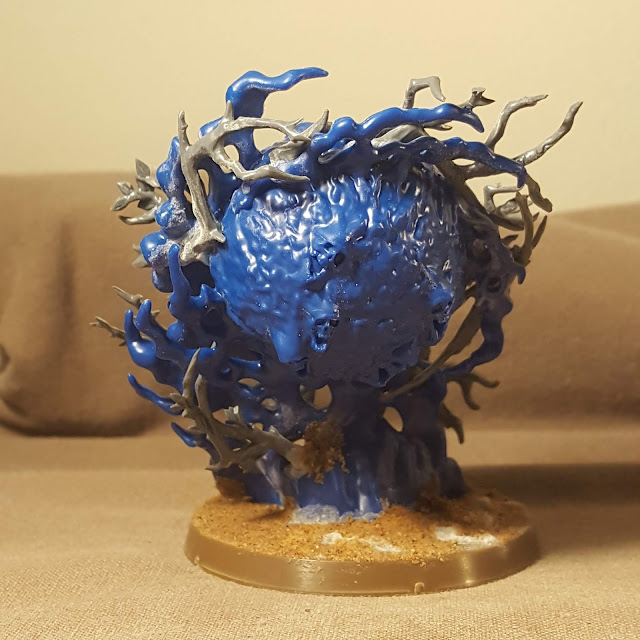 I've started painting them already and I will post an update as soon as one is done!
Posted by WarbossKurgan (Saul) at 12:09