I have repainted Blockhaus Alpha for Tor Megiddo, as another element for the many shanty towns that may feature in the Oil and Blood campaign. Looking at it now though I should probably have covered the Ork icons with texture paint or something... 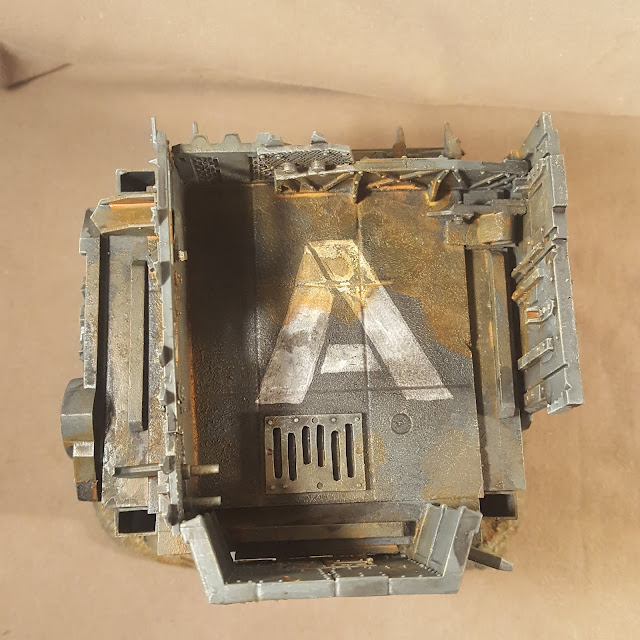 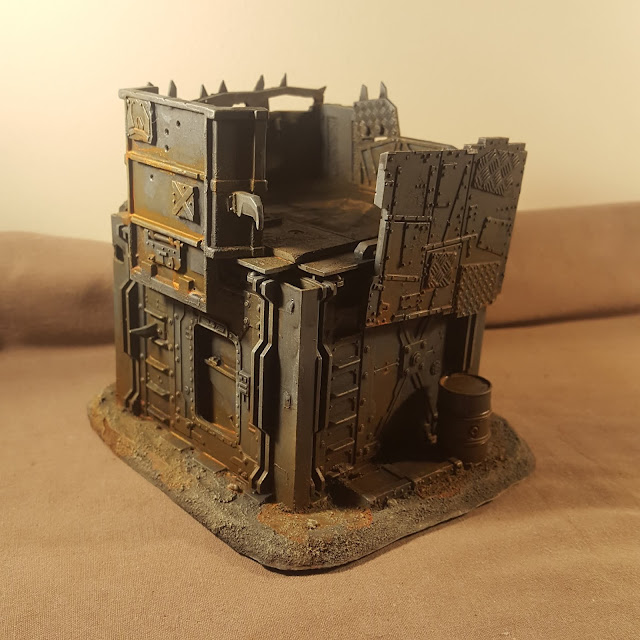 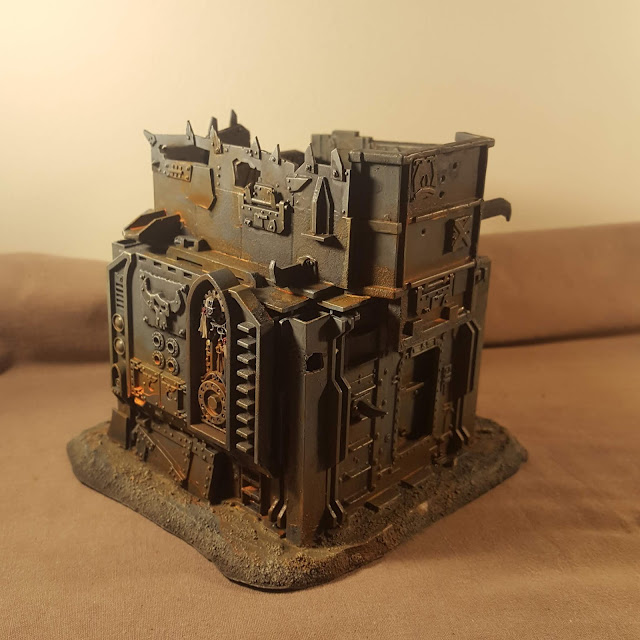 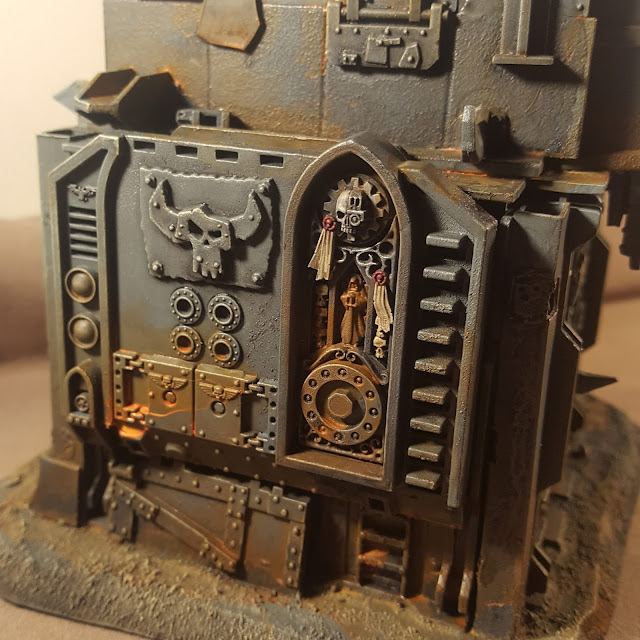 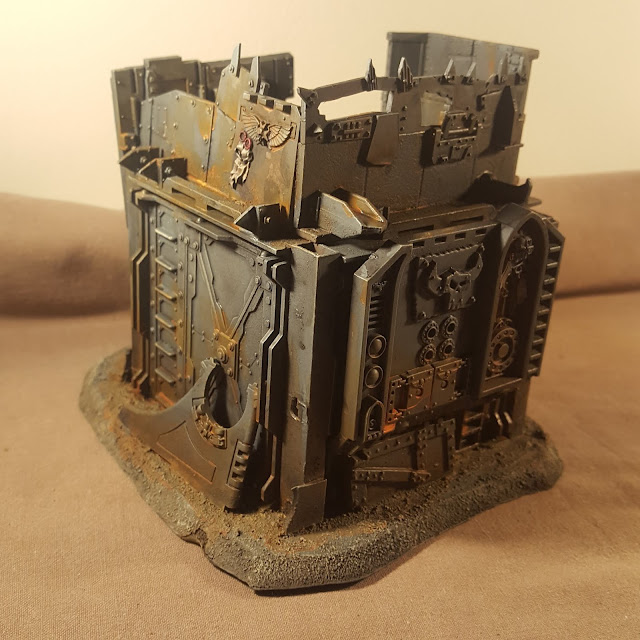 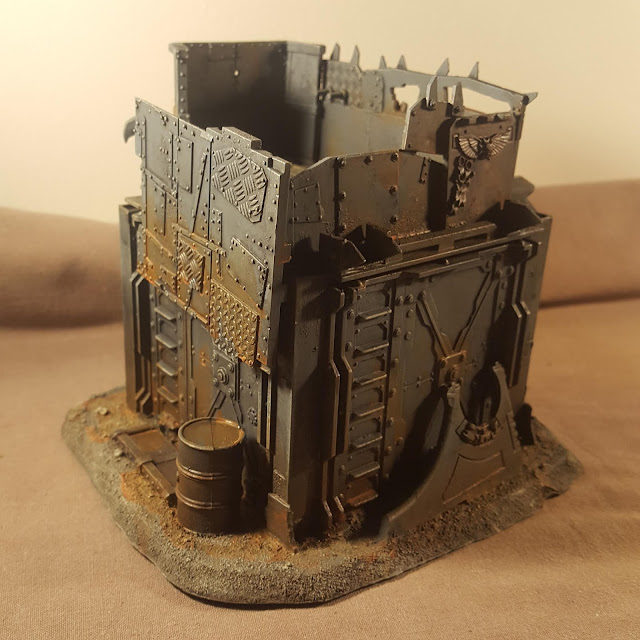 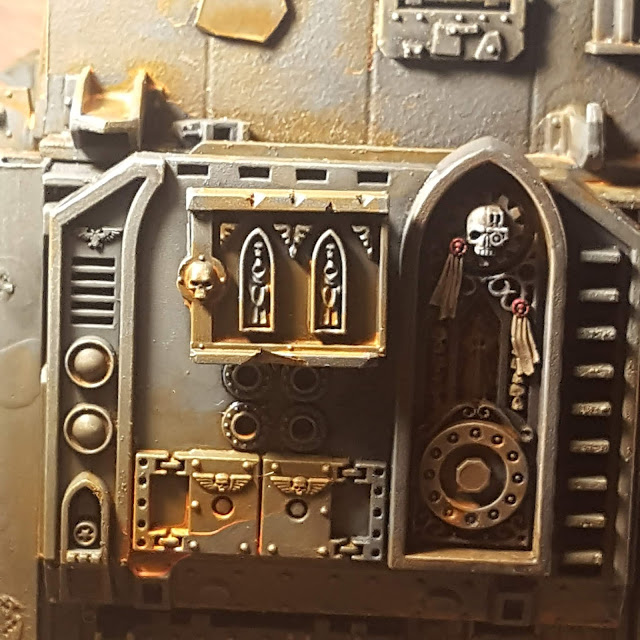 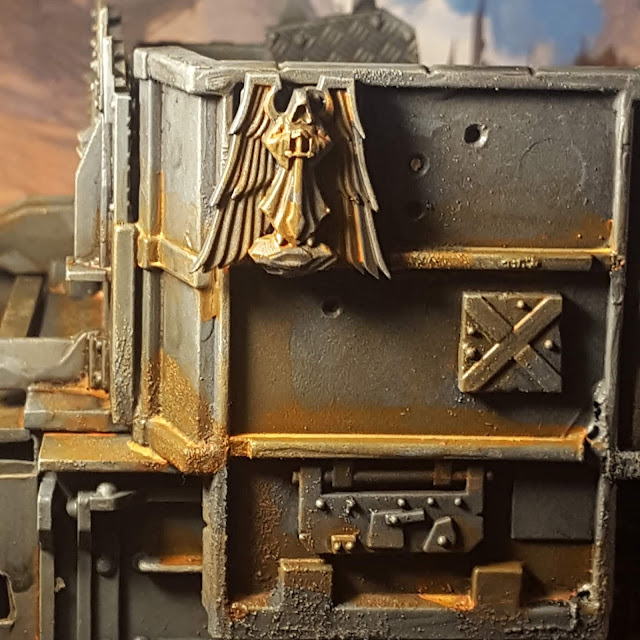 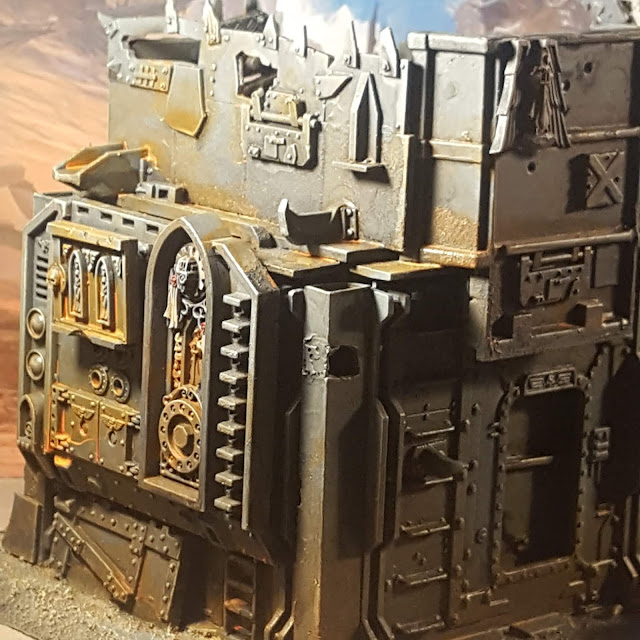 I've added a lot of rust to this pipeline section but I didn't need to repaint it. 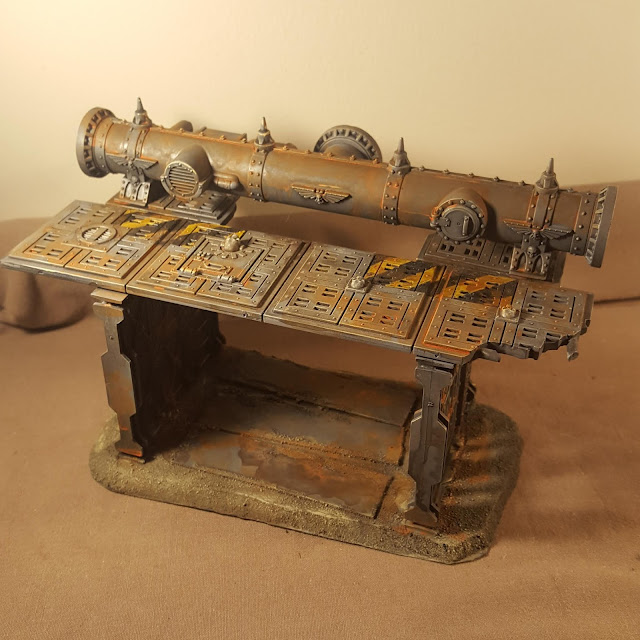 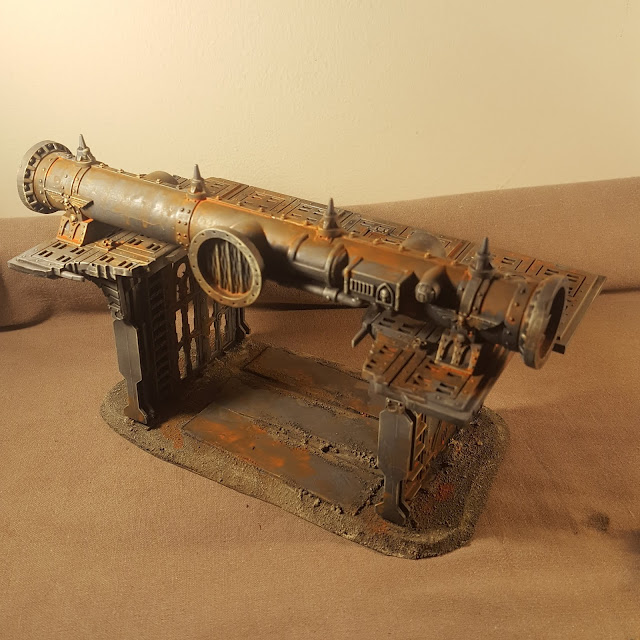 Not long left before we start playing the campaign now. I still have a few objective markers to make but other than that I think I am ready!
Posted by WarbossKurgan (Saul) at 12:21