Commorragh appears within the Webway to be a composite urban centre on an impossibly vast scale, a hazy, contradictory realm whose dimensions can overawe the sanity of any who approach it. Thousands of starships dock each day at its spires, for the Dark Eldar are a far more numerous species than the Imperium of Man or even their own Craftworld kin fully suspect. The reaches of the interdimensional space around Commorragh are filled with the light-trails of spacecraft that pass between the Dark City and the Webway portals that surround it. Some of these gateways into realspace are small and dim, while those above the largest city-states of the realm are massive and can accommodate an entire pirate fleet with ease. A profusion of thorny dock-spurs juts from every spire and starscraper, holding Dark Eldar and other strangely-shaped xenos spacecraft fast in crackling violet beams of electromagnetic force.

At present, Commorragh is an almost-infinite nest of architectural impossibilities and spatial anomalies. Each of its estates has been overdeveloped to the point that their growth has been forced into the vertical plane, the various regions sprouting upwards like needle-plants fighting for sunlight. Each of the Dark City's spires and starscrapers is linked to its fellows by curved arches and gossamer-like buttresses. Its miles-tall aeries and palaces both reach upwards and downwards simultaneously, spiralling into the depths of the Webway's curved space-time. With every Terran year that passes, the hideous city seeks to spread out over more of the dimension that serves as its foundation.

I have made a few more Drukari for my Kill Team / warband. Some are more successful than others but the ones I'm less pleased with will still serve as NPC for the campaign. 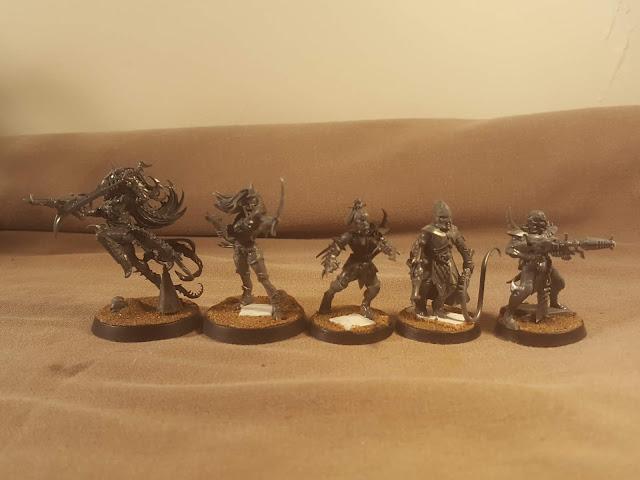 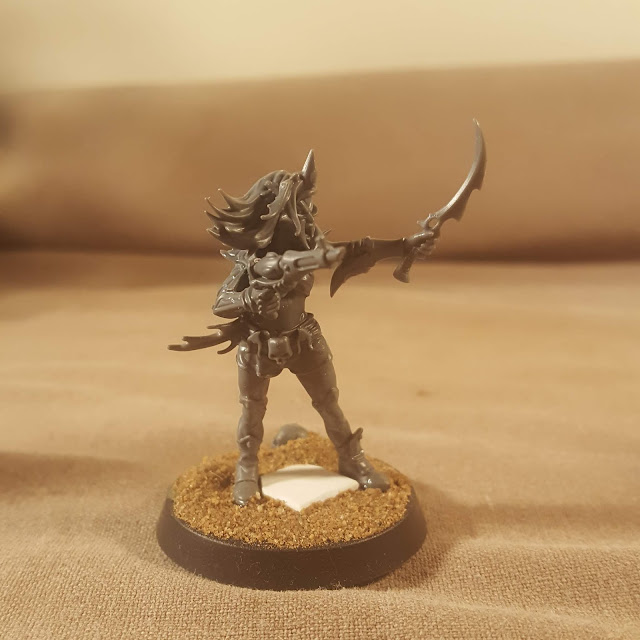 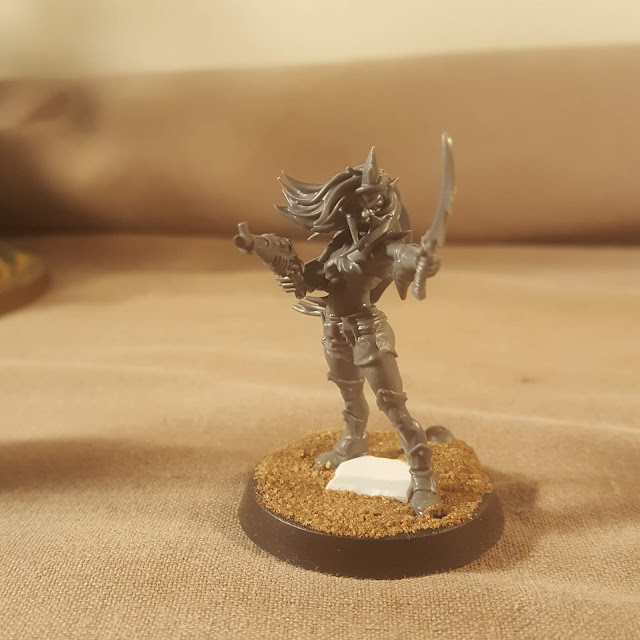 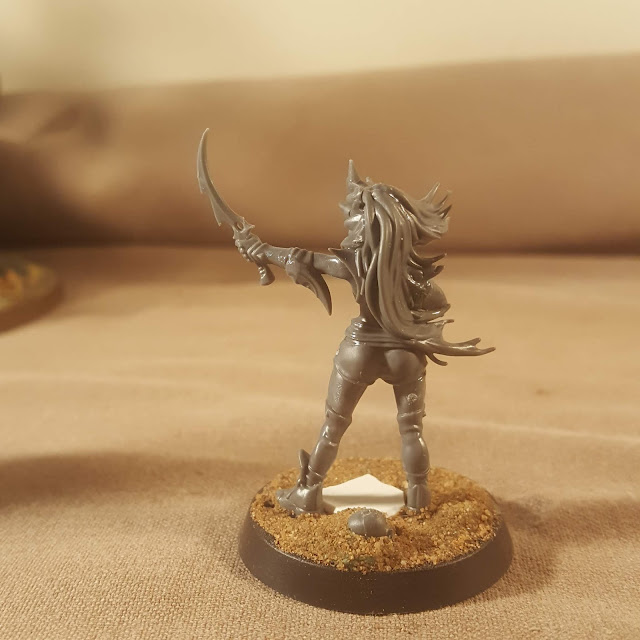 Laryss - Wych? NPC?
Dark Elf Corsair legs and Wych parts from my bits box. I may add some greenstuff to blend in her waist a bit. 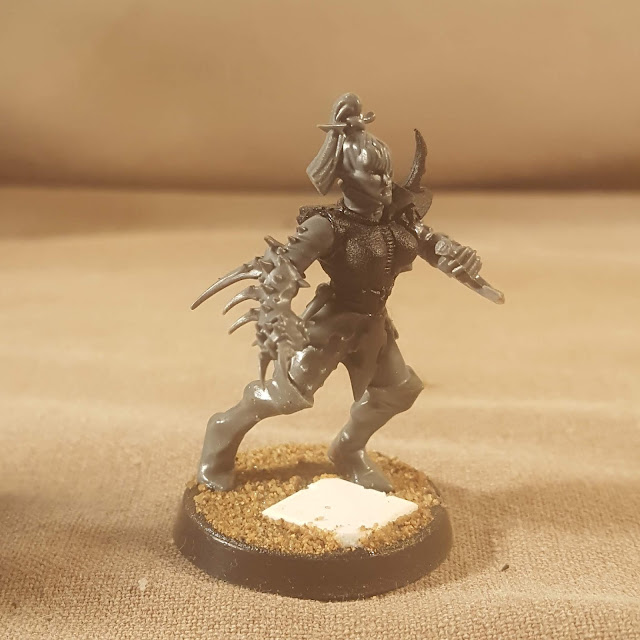 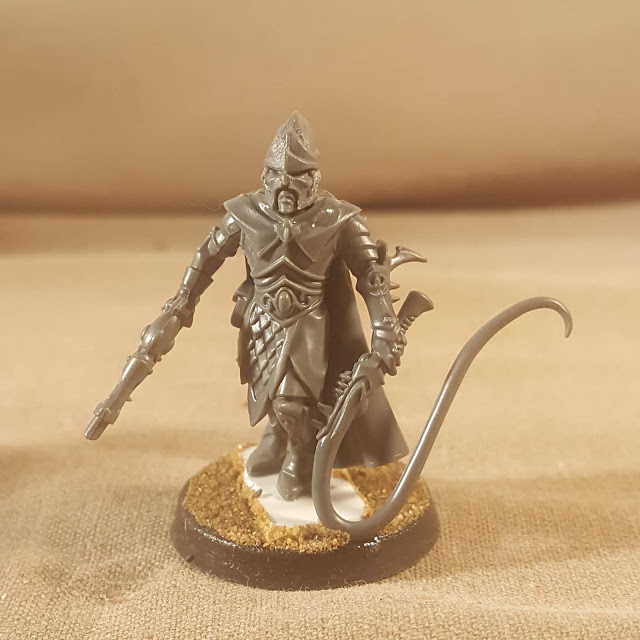 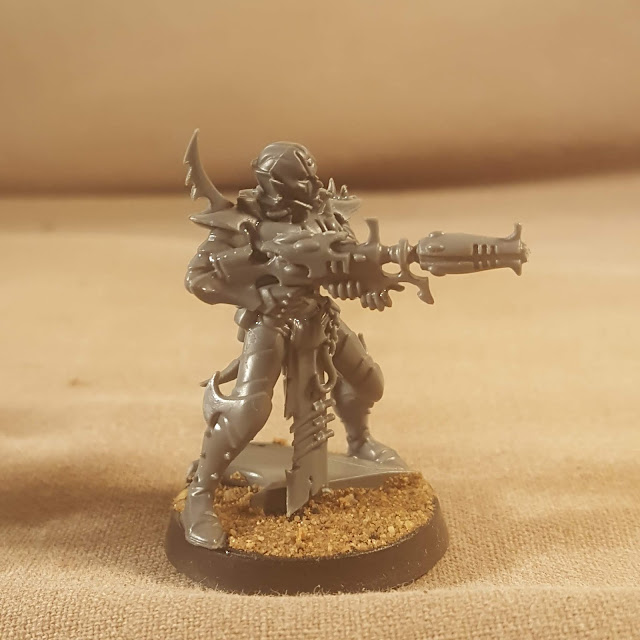 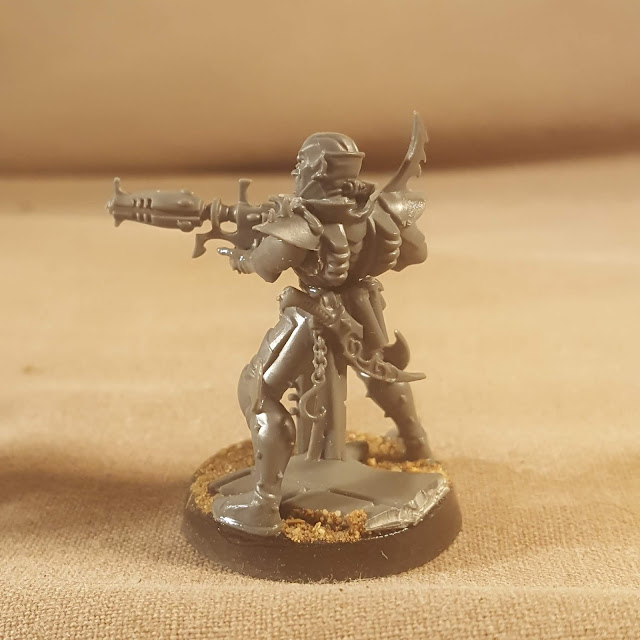 Morghdrax - the new leader for my Kill Team.
Converted Tenebrael Shard (from Warhammer Quest: Silver Tower) with Wych Splinter pistol and Archon sword
(I was not entirely happy with my first attempt at a Drukhari Hekatrix - I felt it was too unbalanced - so Tagazhar may now be relegated to NPC status and Morghdrax will take his place.) 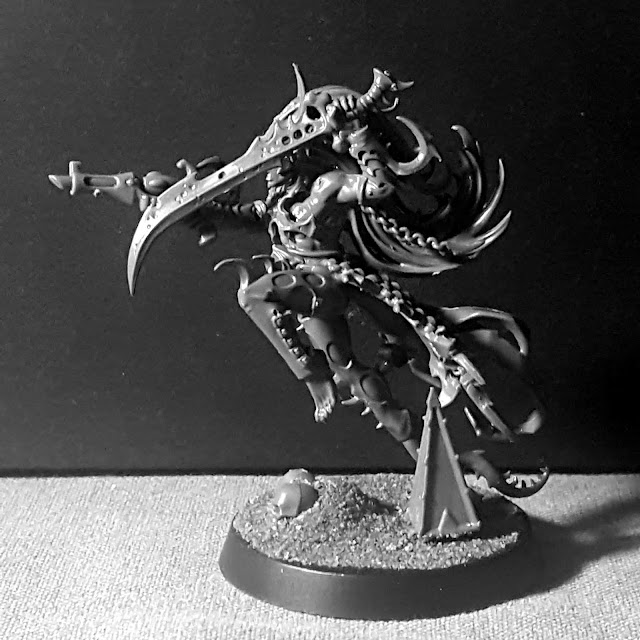 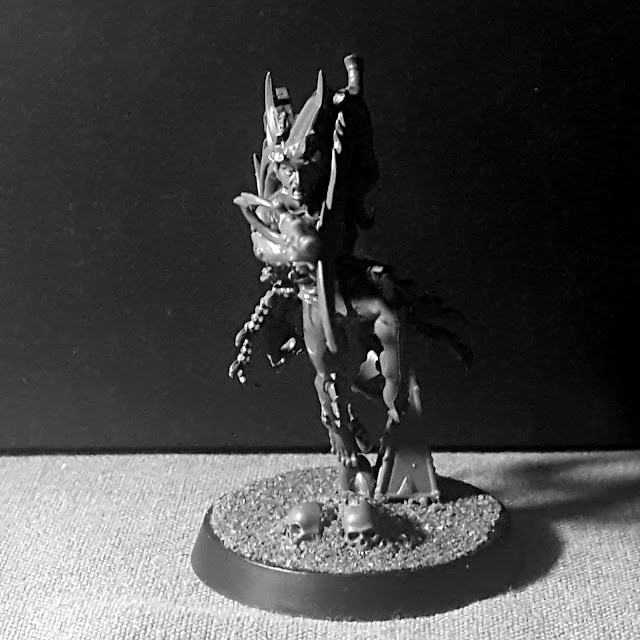 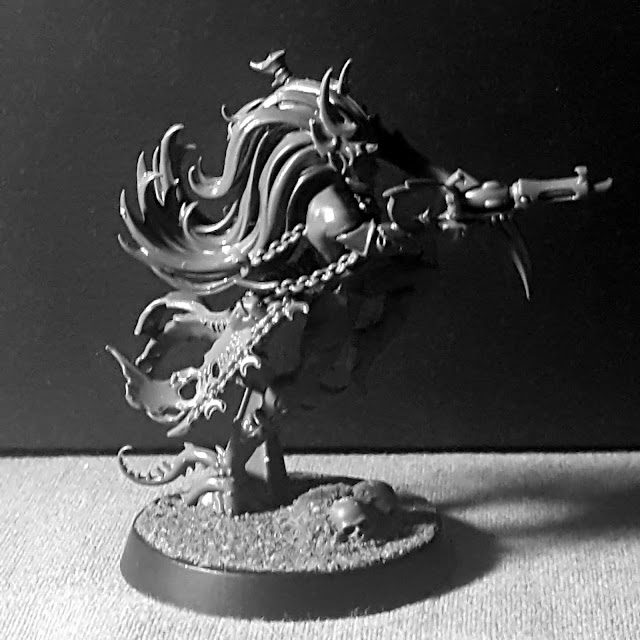