The Skinny-men patrolled the edge of their territory, guarding a Promethium storage tank and a stash of archeotech. They had repelled an attack already but the Cult were not the only group with designs on the Skinny-men's acquisitions.

...while Edge Lane and Trafford Bar watched the storage tank.

The Juves pinned down the Tech gangers with a volley of long-ranged laspistol fire.

Bowker Vale was stalked by BarneZ, the leader of Mersky Banda.

The fearsome Arc Maul did its work and Bowker went down!

Tech Ganger Beg got back up and opened fire with his Arc Rifle at the Promethium tank.

Trafford Bar went down as Wallo got a bead on him with his Plasma Caliver! Edge Lane fired at Beg again and the Tech Ganger dodged but toppled off the walkway and fell into the Sludge Canal! 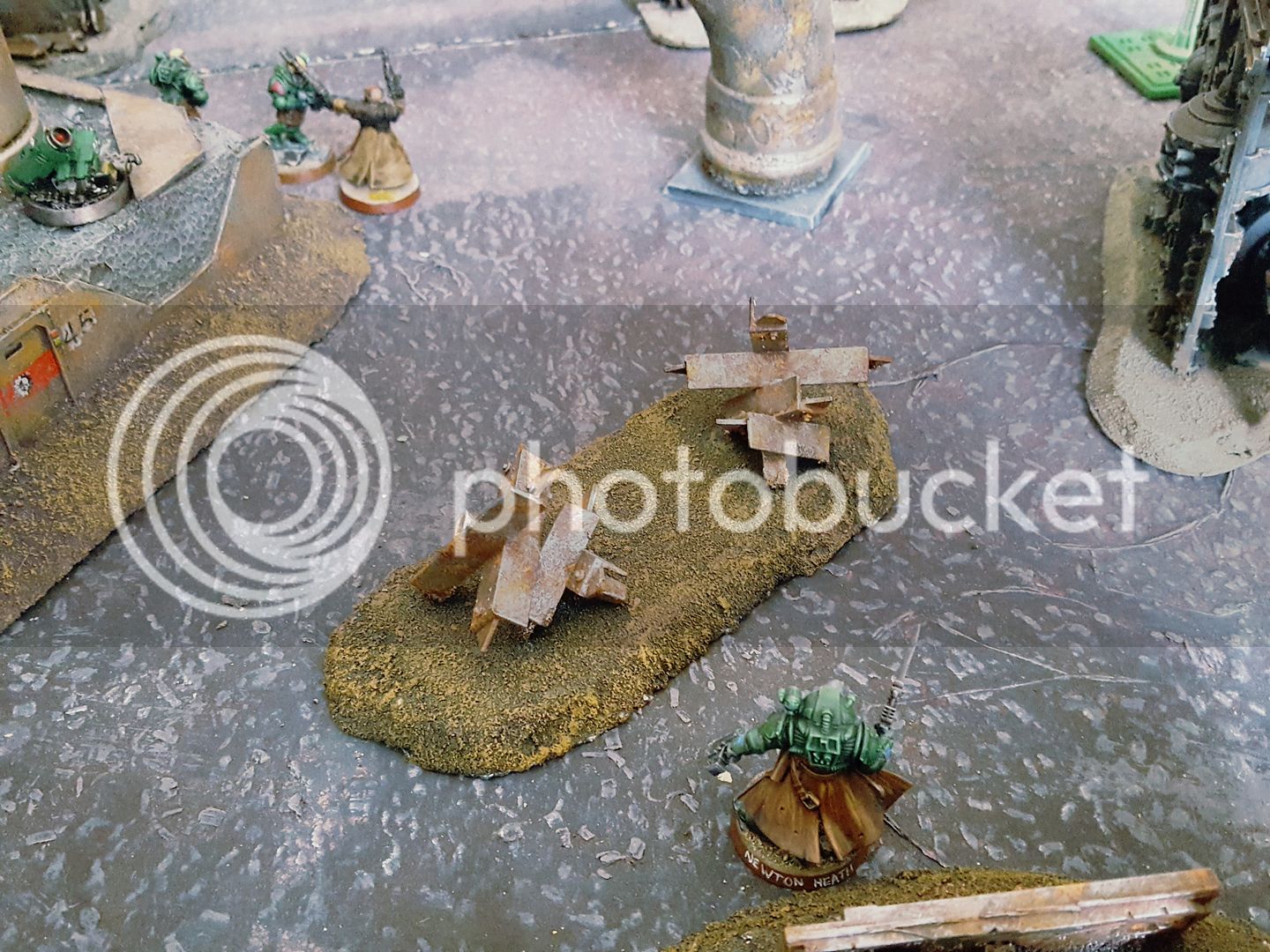 Newton Heath and Abraham Moss arrived at the Quays...

But it was too late: the Promethium tank exploded after being subjected to concentrated fire and the Mersky Banda gang escaped having achieved their objective.

After game:
Heaton Park captured! (but exchanged for Promethium Cache).
Bowker Vale died and was replaced.
Posted by WarbossKurgan (Saul) at 13:45