Morrdragor is a forgotten Agri-World at the edge of the Malfactus Rift, it is overgrown and densely forested, and the sparse human population have no idea that they live on a Necron Tomb World. The ancient owners of the world have started to wake: rusty, corroded and mud-caked, the strange alien machines stalk the darkened forests.
+++
I've been thinking about Necrons since about April... I've been thinking about them a lot.
In order for me to really get into a faction I think I need to know where they are from. I don't want to get into making another whole new scenery set (Shadows of Commorragh taught me that!) so I plan to make use of my Harrowmark scenery for some Kill Team games in the ongoing Malfactus Rift campaigns that we play sporadically between other campaigns.
Malfactus Rift hasn't had an overall plot or story thread yet but that might change as Viktor and I are detailing a few worlds - a Tomb World is one of them.
I'm going to make some Necron Tomb World scenery for Morrdragor in the same style as my Harrowmark set; obelisks and monoliths, tangled and overgrown with gnarled trees and littered with fallen leaves and dead grass. I won't use the houses of Wortbad but the woods, rocky outcrops and tombs will fit in nicely.
+++
These Necrons were made from my bits box, as a way to get a feel for them ahead of the big release. 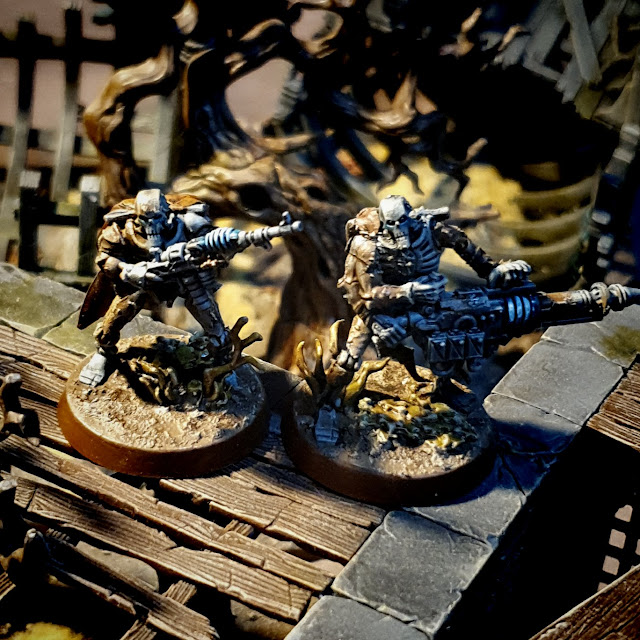 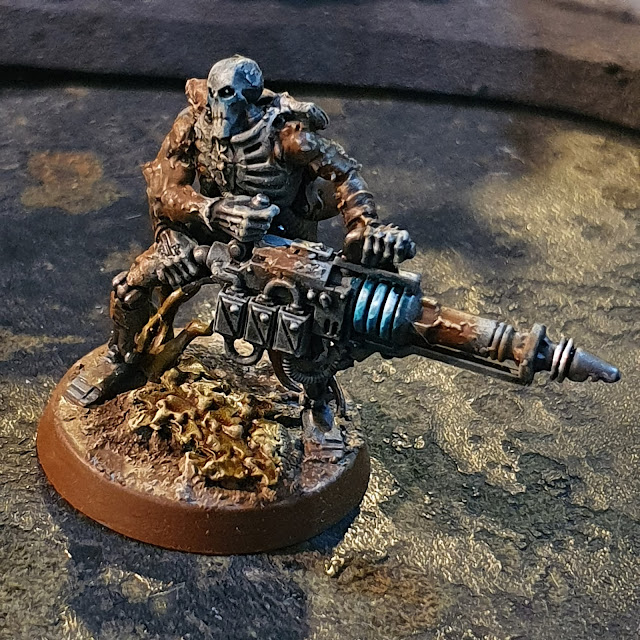 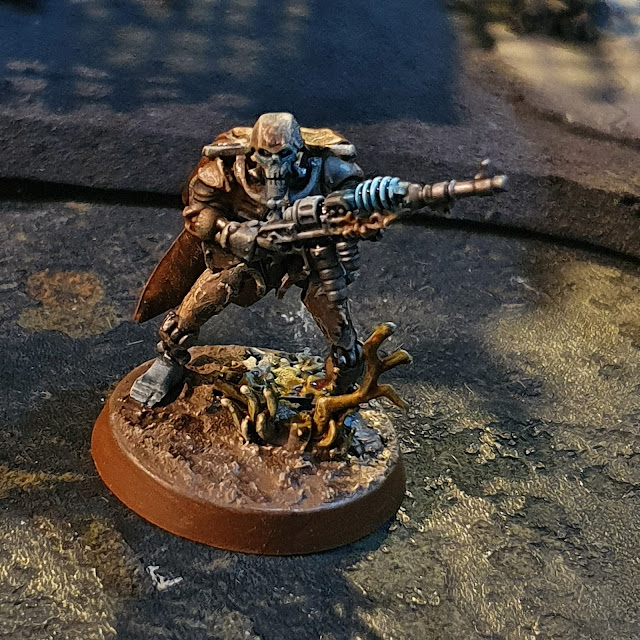 I am splitting the Indomitus box with Blessed Knight Lee as I really want to build a Kill Team of death-robot weirdos from it. I hope to get hold of them this weekend!

+++
These are some WIP shots from a few weeks ago...
Lots of texture paint (both sorts of Agrellan Earth and Agrellan Badland), weapons from Genestealer Cults and Adeptus Mechanicus, cloaks from Nighthaunts and Chaos Marauders with a bit of greenstuff work. 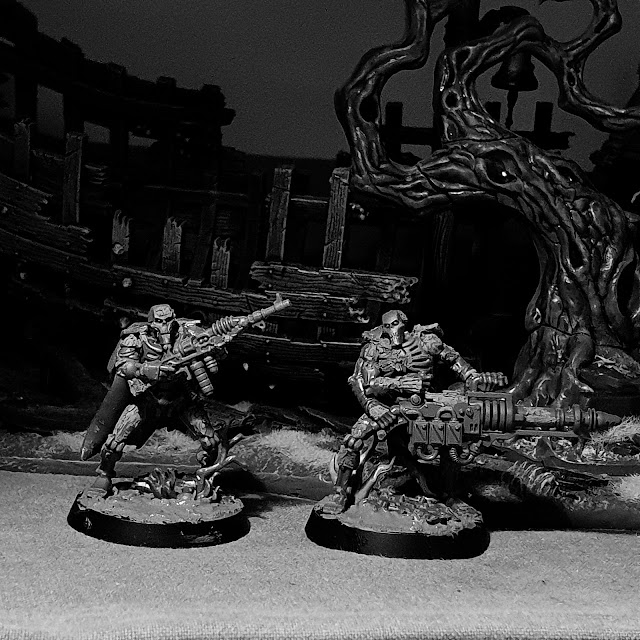 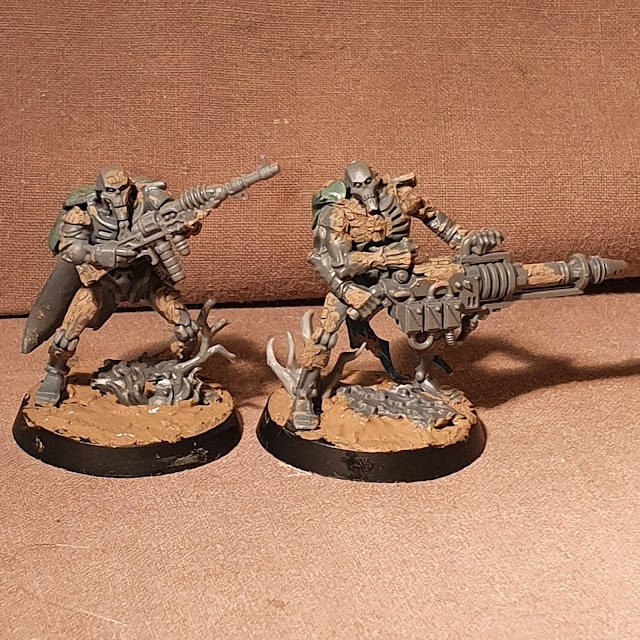 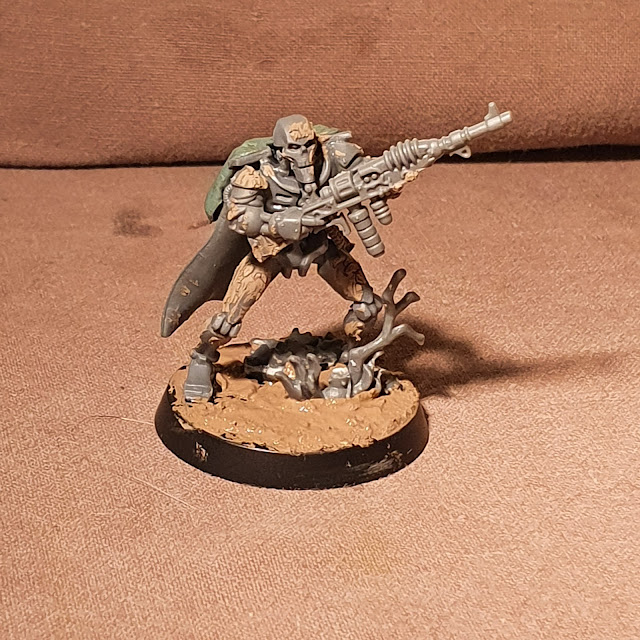 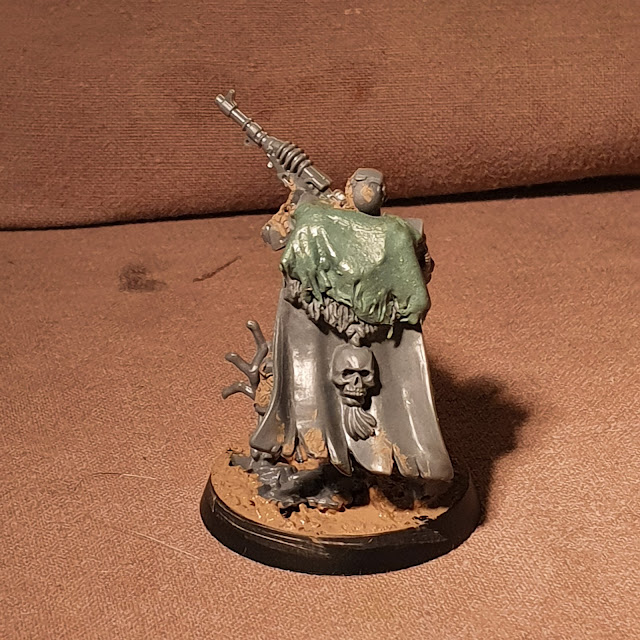 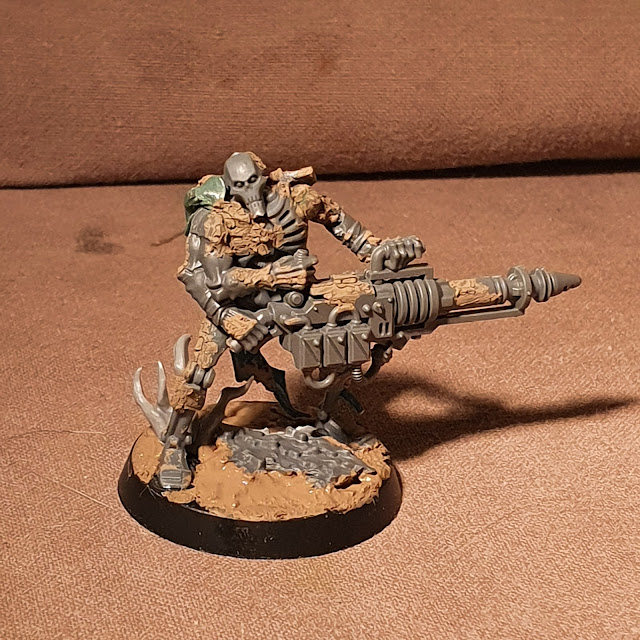 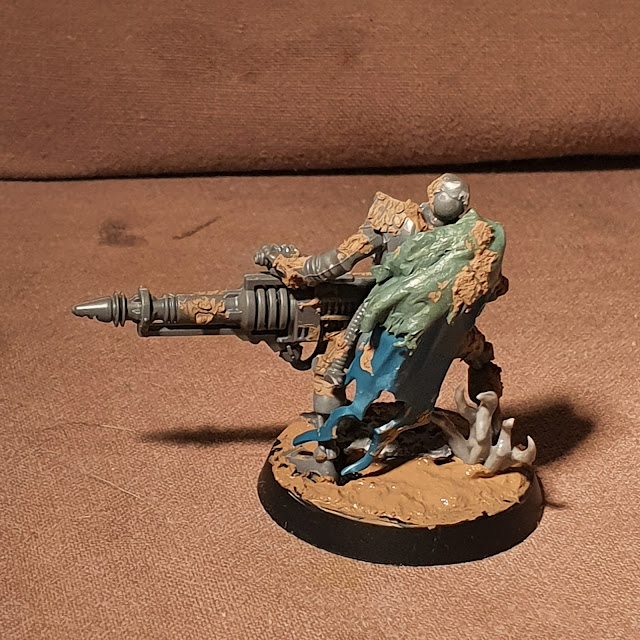