The Badfangs are from the dry and windswept Uzmorgarg plains in the wilds of Aqshy. I plan to use a very colourful but earthy palette for them. 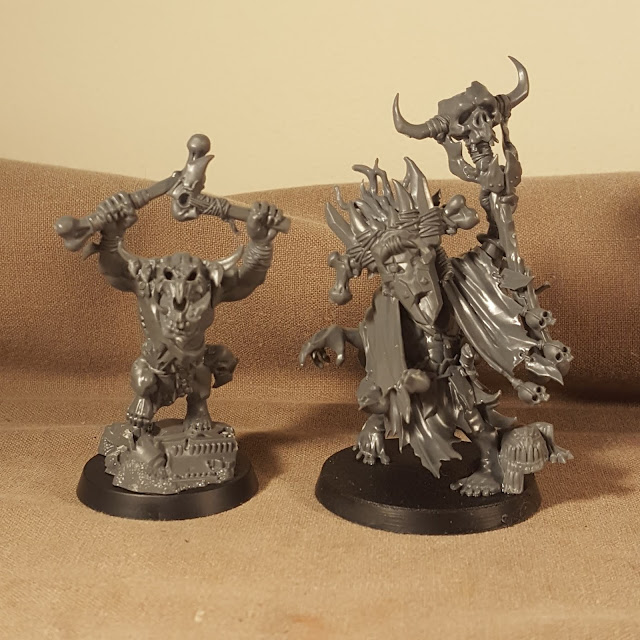 Wurrgog Prophet Hogrog Ug Weirdklaw
A converted Ironjawz Weirdnob Shaman with an added Wurrgog mask and squig. The mask is the top of the Savage Orruks standard, cut down and trimmed. The feathers and branches on the back of the mask are a mix of Forest Goblin, Sylvaneth and Tzeentch Daemon parts. The squig by his foot is from a Moonclan Grots kit. I also removed the smoke effect from his staff as I have never been a fan of it. 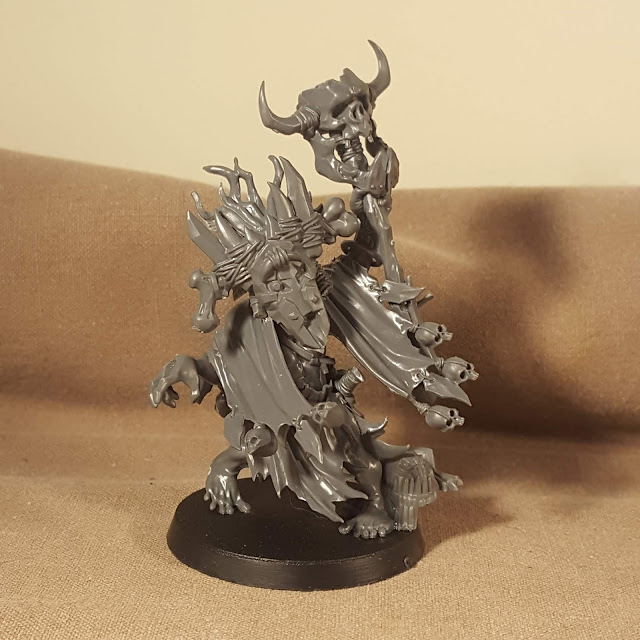 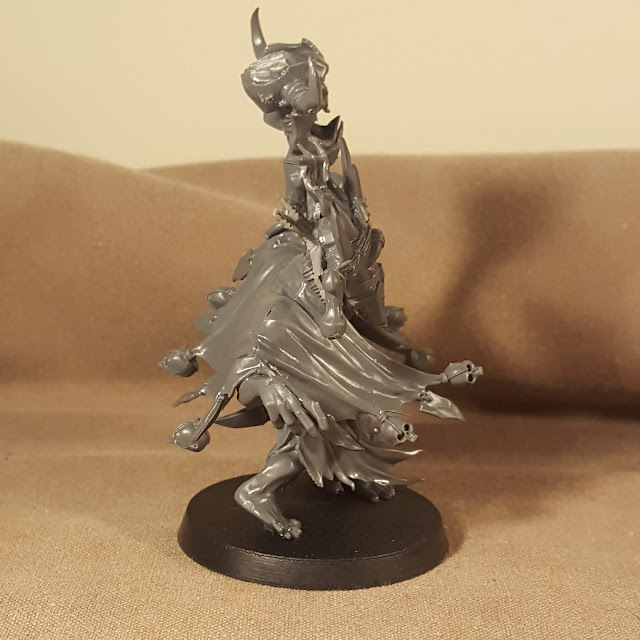 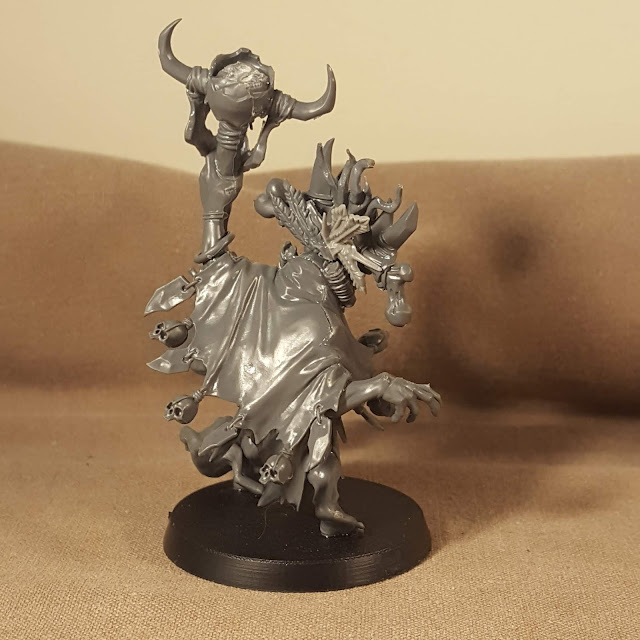 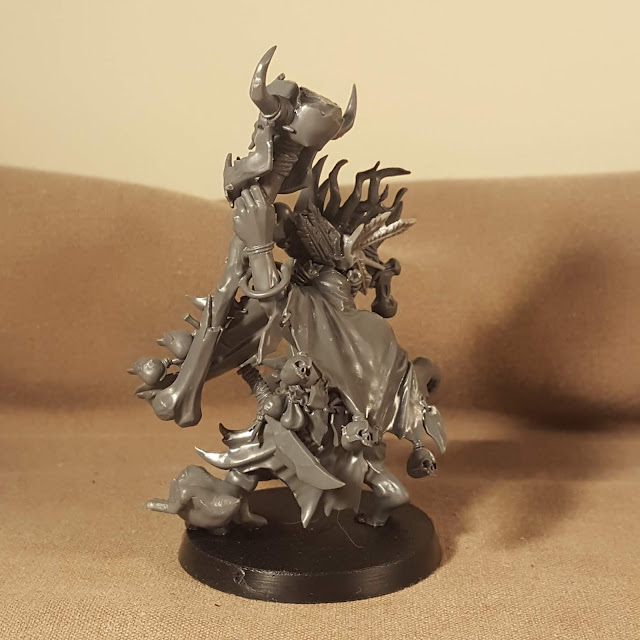 Wardokk Krogdak
A very simply converted Savage Orruk, on a basing component from the Sylvaneth Tree Lord, with a skull mask made from an Ironjawz Brute shoulder trophy on a head from the old Orc Warboss kit. Adding the the mask was amazingly easy and required no trimming at all! I have also added the bird skull from the standard (the one used for the Wurrgog Prophet's mask!) to his belt. I will probably add a few more trinkets before he's finished. 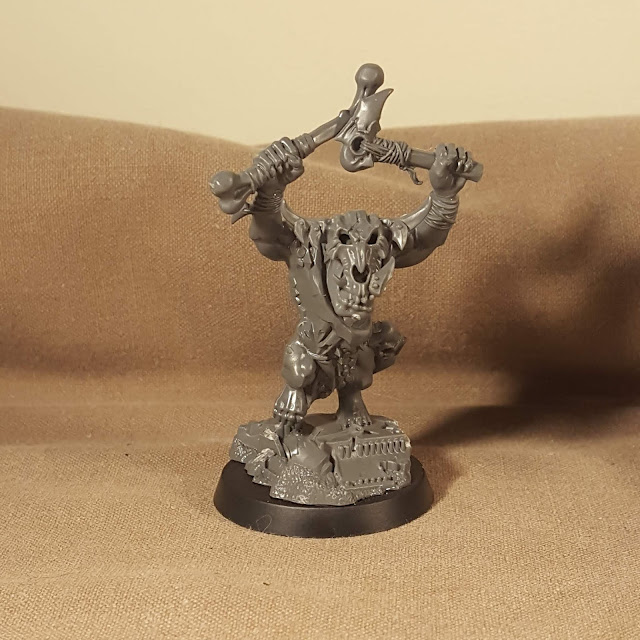 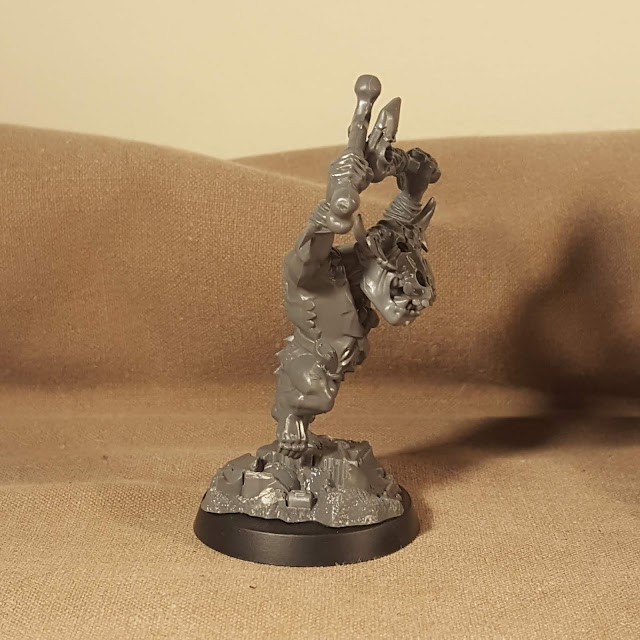 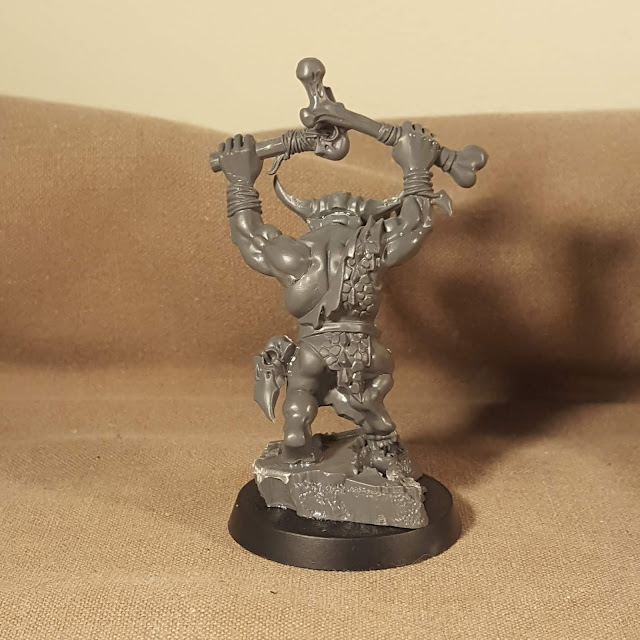 So far I have only purchased one box of 20 Savage Orruks and a Weirdnob Shaman, and I really don't think I will be buying much more for the project as there are so many options; just in the one box of Savage Orruks!