With Age of Sigmar Skirmish about to drop I have been working on some more scenery for Wortbad, mainly so I can set games in different locations in The Harrowmark: By adding two more Citadel Woods to my collection I can have battles in the Voodoo Forests that surround the haunted village as well as in the streets and graveyards of Wortbad itself. 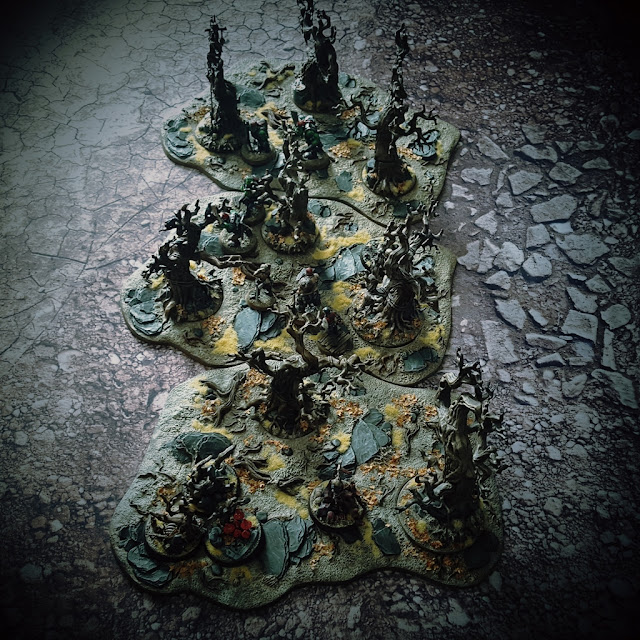 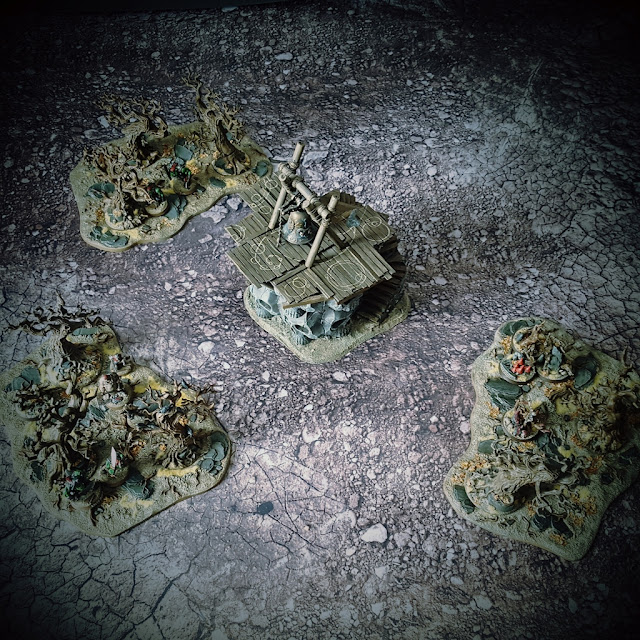 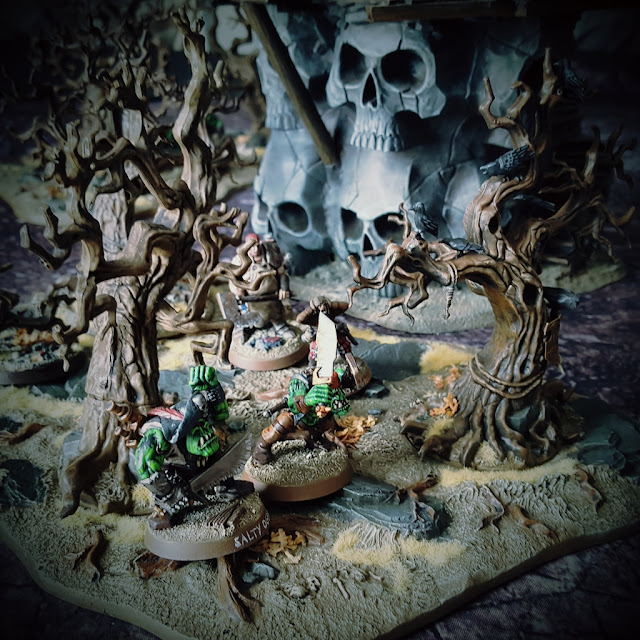 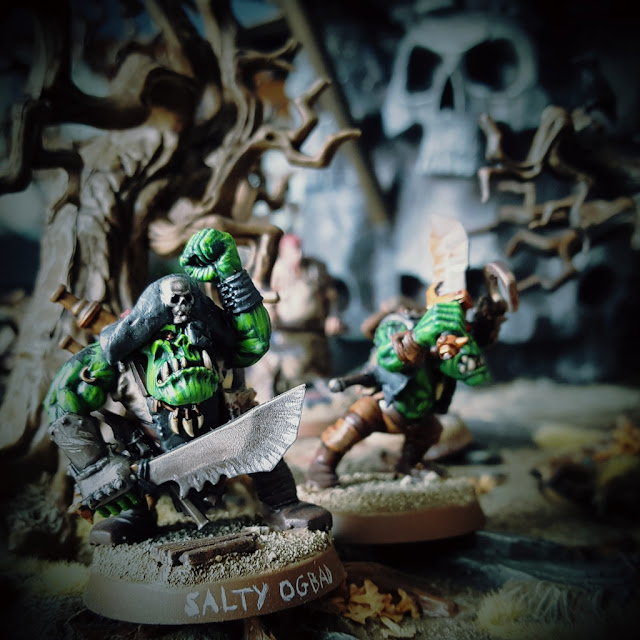 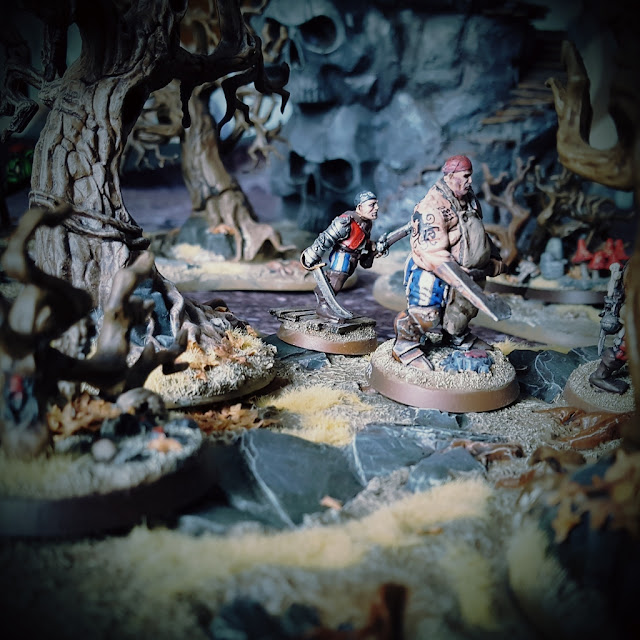 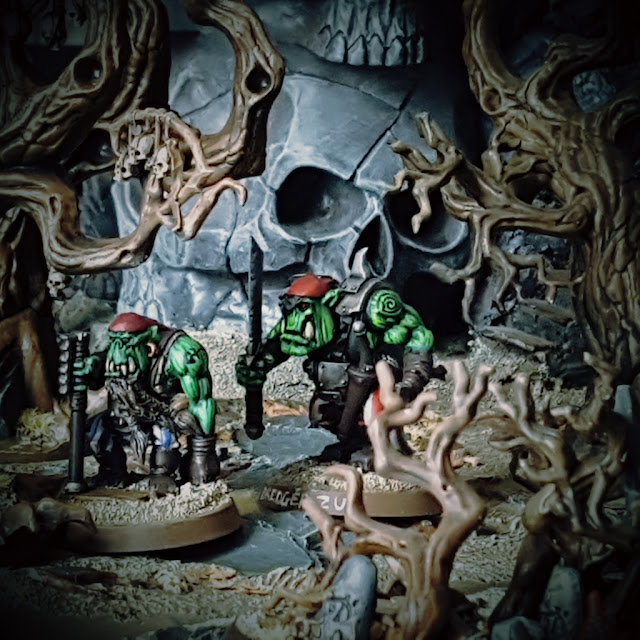 Just for fun, I have also used the Prisma app to give some photos of the Ogresuns a bit of an oil-painting feel: 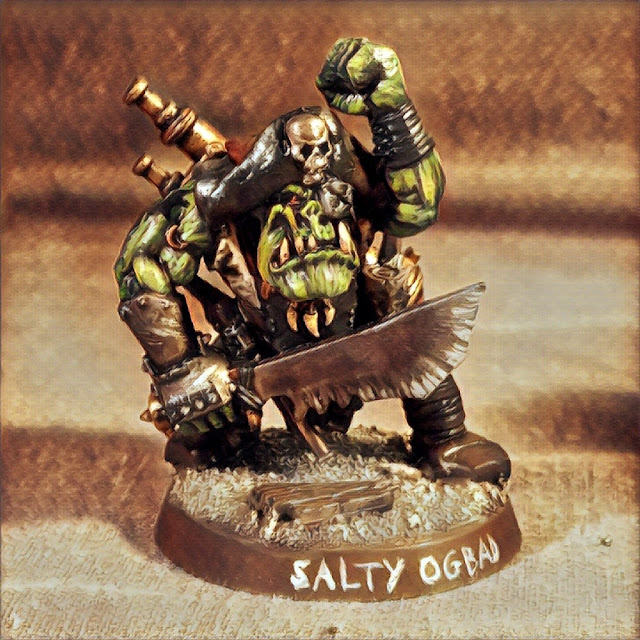 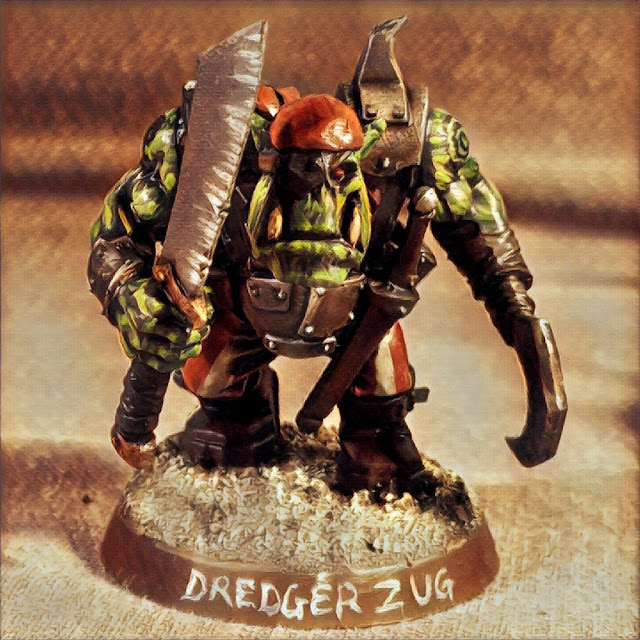 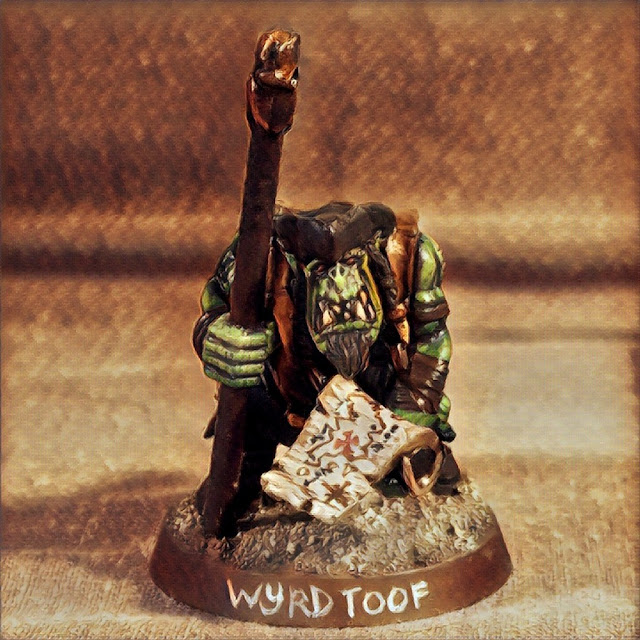 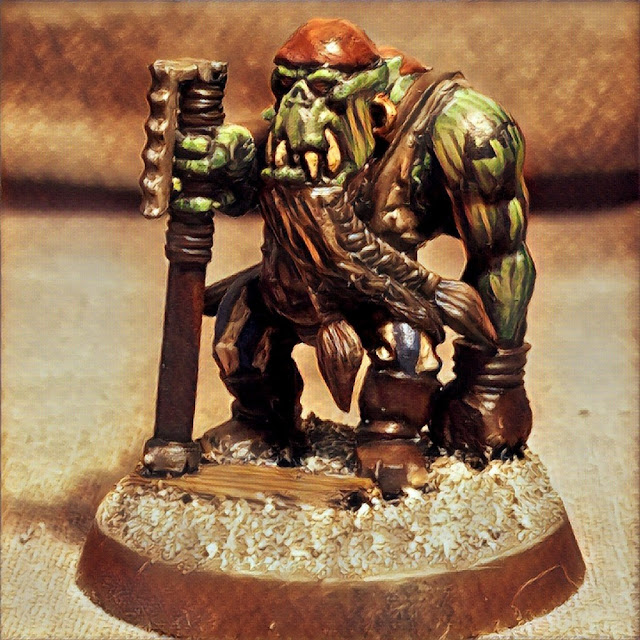 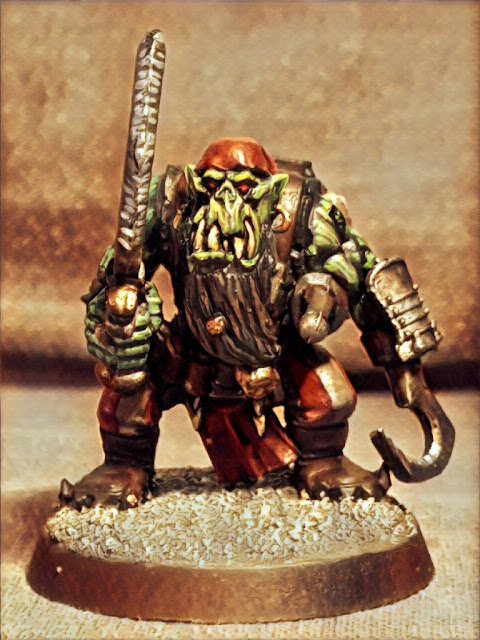 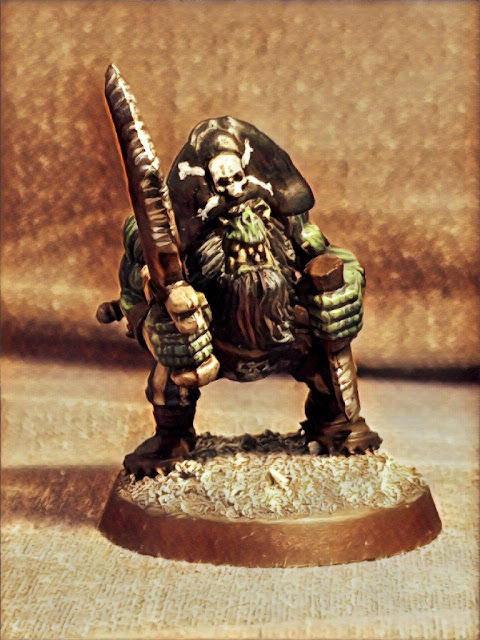 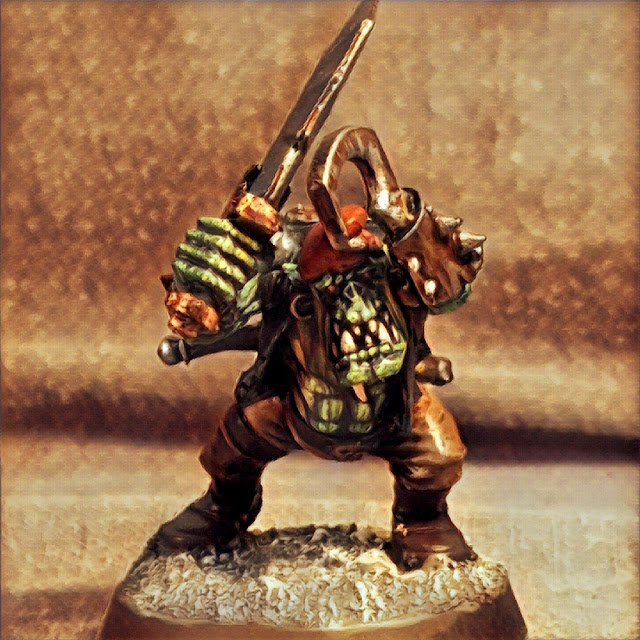 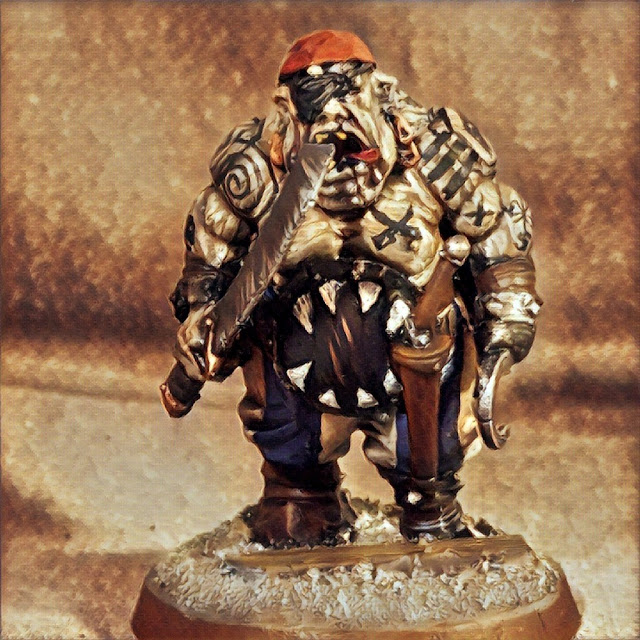 Kommodore Deffgit puffed on his pipe a few times and stared off into the distance; he leant back in his chair and took a long swig from his tankard of grog and sighed.

Salty Ogbad shifted nervously while he waited for the Kommodore to remember he was there. The sun had only just risen and the sky-harbour was filled with golden light that made the dark rocks of the floating port town look almost pleasant. The Kommodore was sitting at a desk made of a wooden door on top of two large barrels, on a smaller barrel that served as a chair. In front of him were a great array of log books, charts, letters, a spyglass, a pair of heavy pistols, several empty bottles, and a discarded plate of food.

“You sent for me Boss!” said Salty with the greatest of patience. “…something about a mission for the Adm’rul?”

“Ah! That’s roight. I’ve got a mission for ye, from the Adm’rul. He’s getting fed up with them Kharadrons always knowing we’re a-comin’ what with their riggers scouting about their ships all the damn time. He wants a way to deal with the blasted things before they can report back, and maybe do a bit of scouting of our own: Spot juicy prizes far off and the like.” said Deffgit. “He wants ye to go find a Wyvern.”

Salty was somewhat taken aback – this was not what he was expecting - and he struggled to hide his surprise.

“So, take a few of the lads and that small black-painted skycutter and search the little floating islands around the south of Overmyre and that.” continued Deffgit. “Here’s a good spyglass and this here is a magic chart: it was made by a legendary Kap'n what called 'imself Maddz. It’ll help you locate all the hidden an' secret places. Mind you don’t rely on it too much though, it don’t seem to be working like it used to…” the Kommodore squinted at the ancient scroll for a while.

Salty cleared his throat and the Kommodore came back to the present again. “Off ye go lad! Don’t keep the Adm’rul waitin’!” he shouted. Salty jumped and turned on his heel. He started shouting orders at the nearest Orruk Pirates to find stores for a long journey.
Posted by WarbossKurgan (Saul) at 11:23