Racing across the sun-blasted wastelands of sand and ash, blood and oil, the Slipgibbets get a few more gang members today! 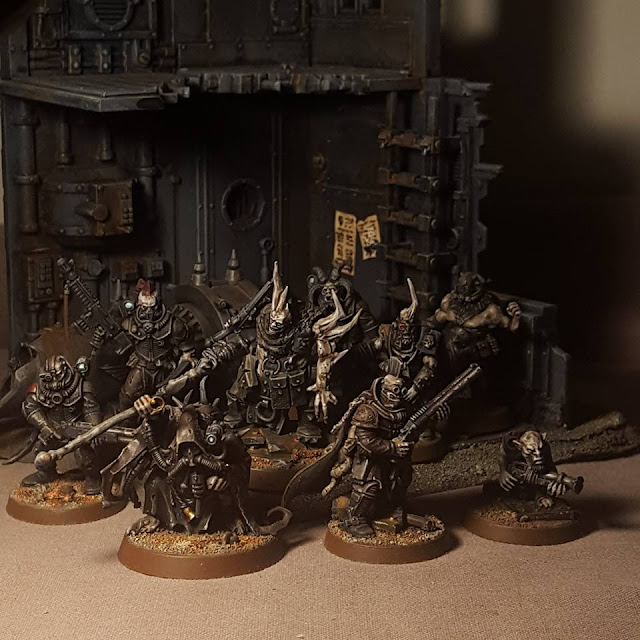 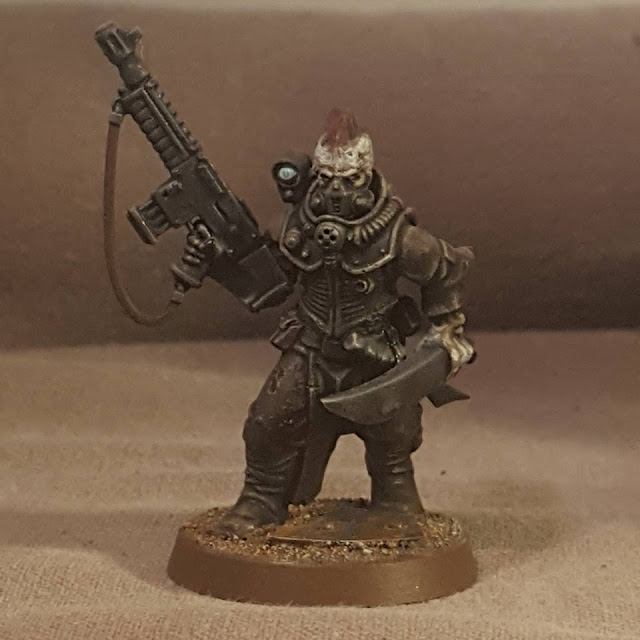 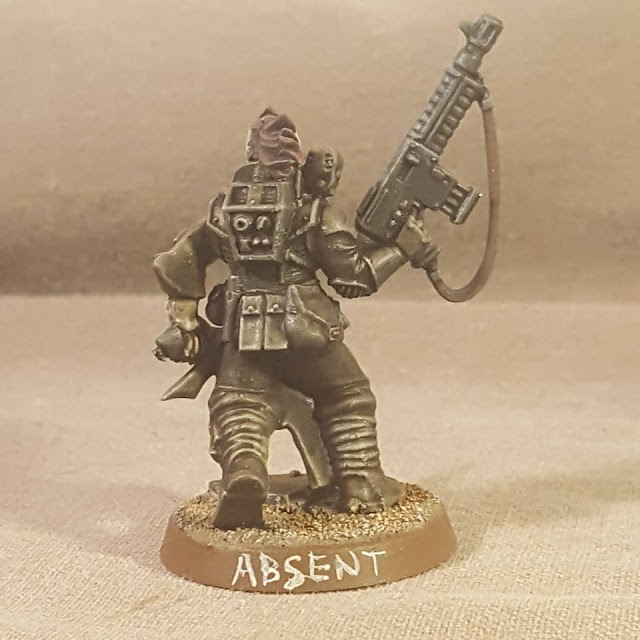 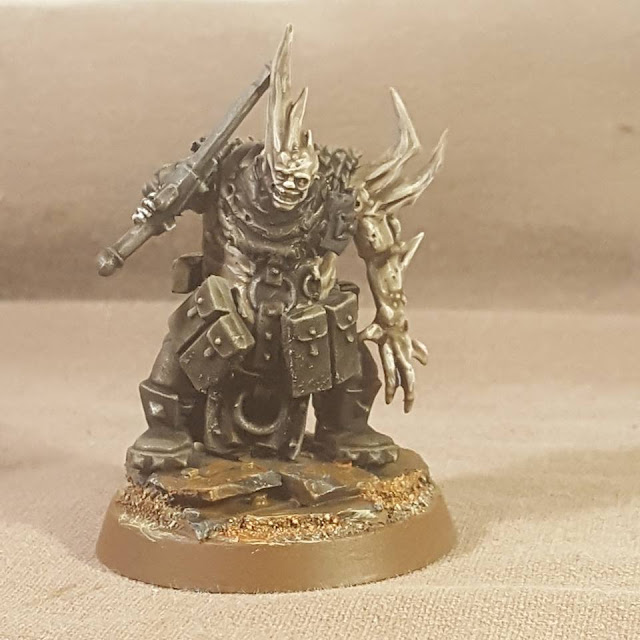 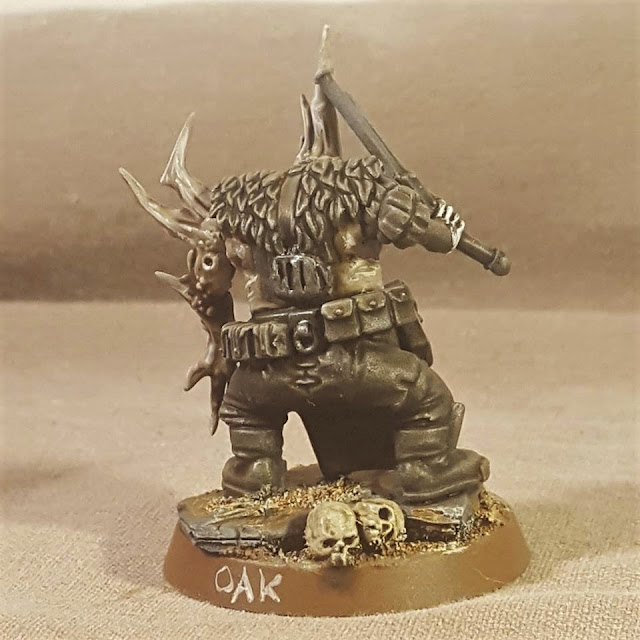 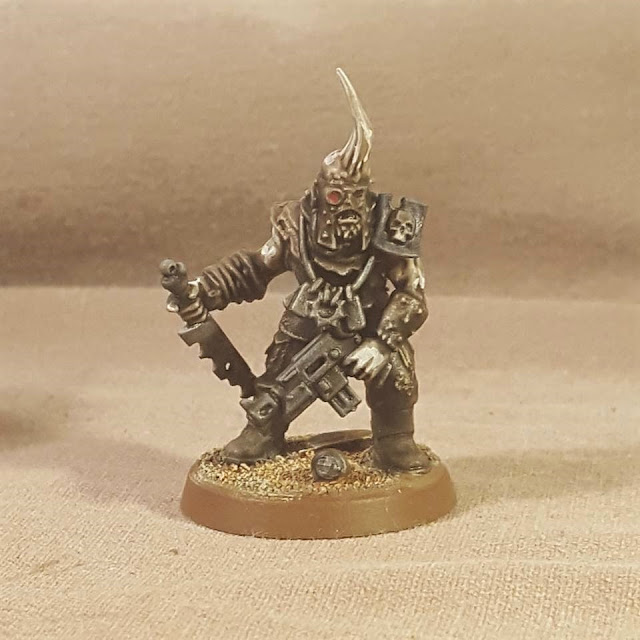 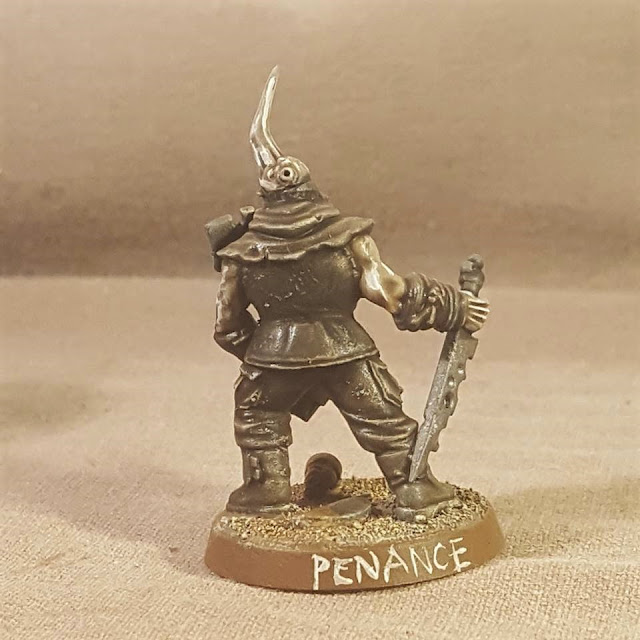 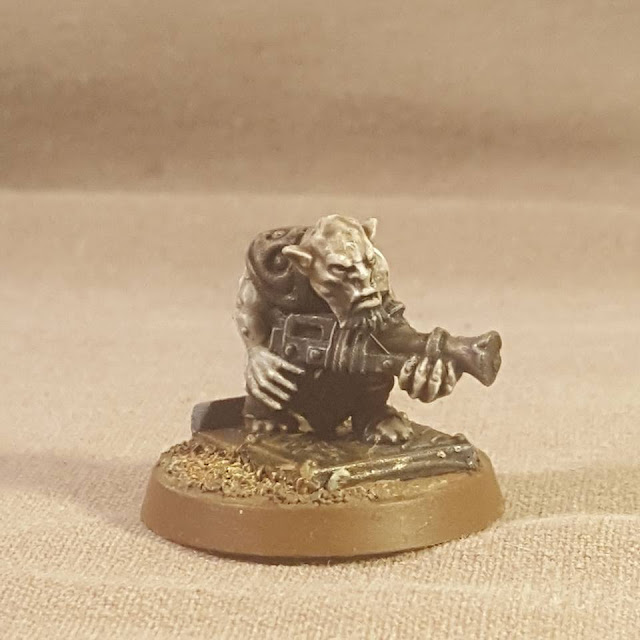 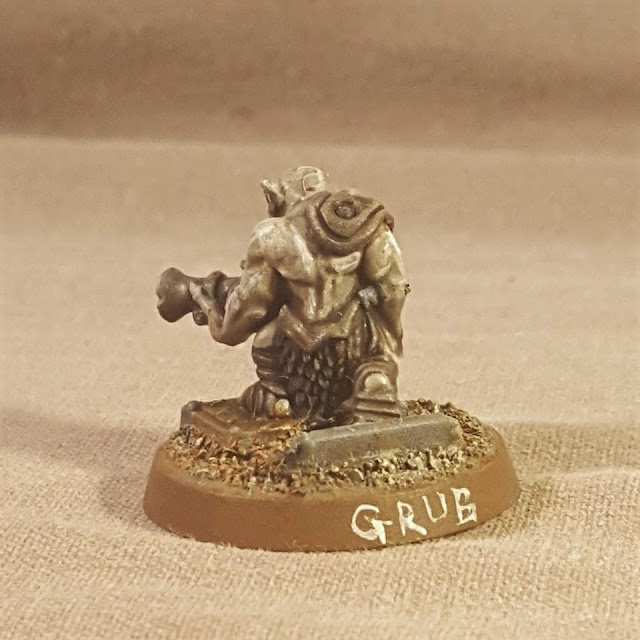 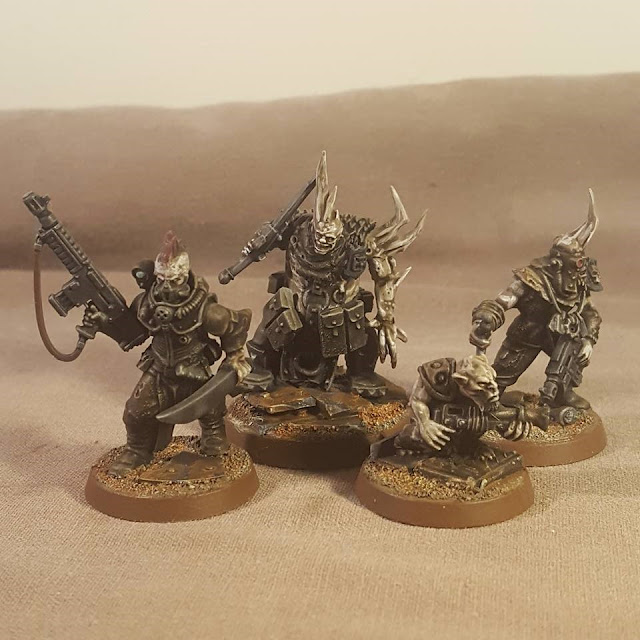 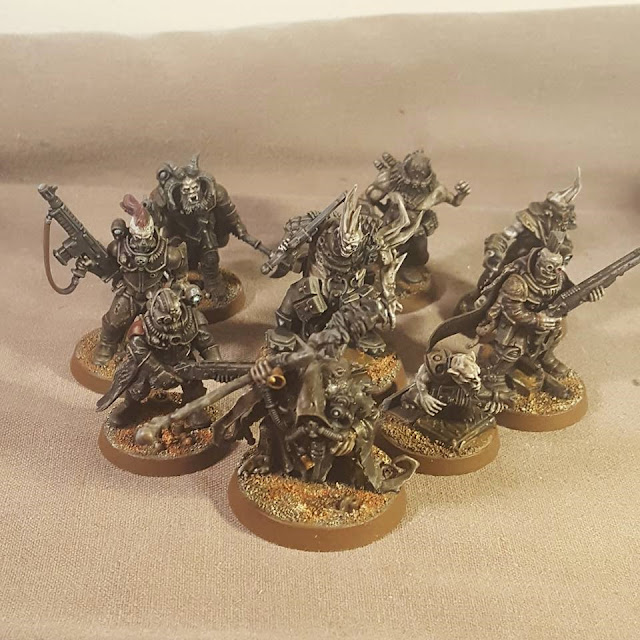 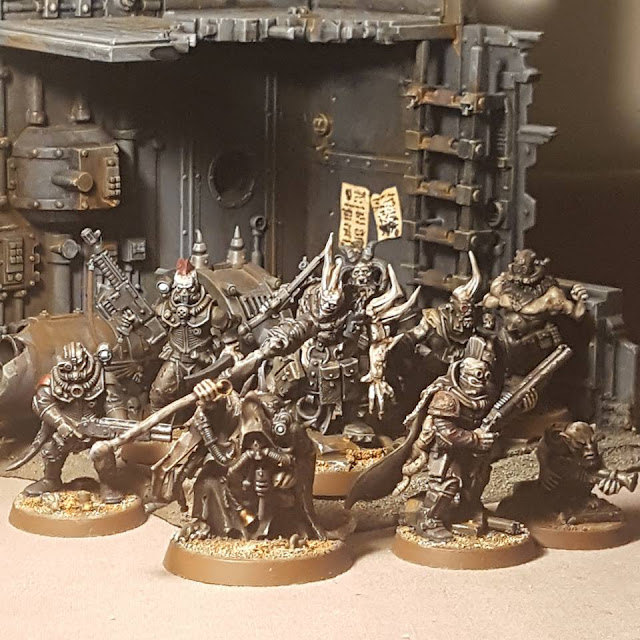 A quick step-by-step summary of the painting technique (for me as much as anything!)
+++

A World of Blood & Promethium


Tor Megiddo, originally one of the thousand manufacturing worlds spread throughout the Icaros Sector. Nestled deep in the centre of Segmentum Pacificus, it was a reliable, if somewhat lacklustre, part of the production chain that fed the war machine of Lord High Admiral Hydraphur. Originally designed as a multipurpose world, it soon changed as industrialisation began to consume it.  Metropolises turned into mega cities that, in turn, mutated into hive cities known as The Golden Spires. Scornful, overpopulated and arrogant, they took on their own rules and laws, breaking the unity of the world and turning the planetary governor into a hollow figurehead. Regulations were broken or simply discarded – greed consumed the rulers. The poison from the manufactoriums and haemotropic reactors scarred the lands and, over the ensuing centuries, Tor Megiddo became a ruinous, hollowed-out wasteland. The once self-reliant planet was now plunged into famine.

As ash and sand claimed all beyond the hive walls, those who remained inside were now facing mass starvation. During a decade of horror and madness the world starved, until finally nutrition arrived from off world. The trauma that had been inflicted upon the population was immense and few were inclined to listen to either the Ministorum or the Administratum as they preached how blessed they were that the Imperium sheltered them.

The machinery of the planet rumbled on again during the days and long nights until a dark discovery was made. Deep inside the planet, oceans of raw promethium waited. The Ministorum and the Administratum moved quickly to declare this a holy gift from the God-Emperor – a blessed reward for the planet’s long suffering. As the Black Thirst took hold of the planetary population, they cut deep into the earth in search of the life-giving oil. The skies were darkened by the ever-increasing pollution and the last remains of natural wildlife mutated in the toxic environment, devolving into new, terrifying forms to compete for food. The oil changed all aspects of life on Tor Megiddo. Even the Ecclesiarchy, with its millennia-old rituals, changed into the Church of the Red Emperor; an even more blood-thirsty sect.

For a few millennia, Tor Megiddo lived on in this fashion. Blood and oil, the two inseparable parts of life on that bleak world. Inside the Golden Spires life had stagnated into meaningless rituals and traditions. Outside tribes, septs and warbands competed for access to the life-giving promethium. Those who controlled the wells controlled the world. The spirers fought genocidal warfare upon the wastelanders, who returned with destructive attacks of their own. The Yaike Yaike tribes were at the frontline of the war and, when the spirers finally succumbed and broke down into anarchy, their thirst for blood soon turned within.