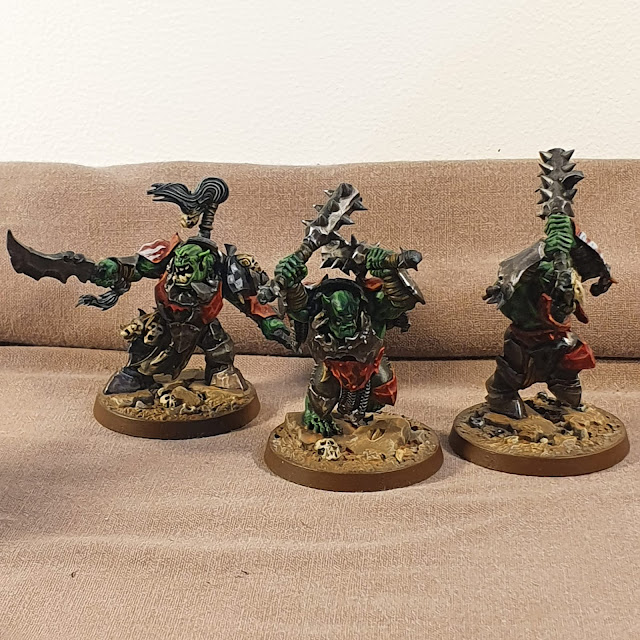 I have finished Morgok's Krushas, from Warhammer Underworlds Beastgrave.
I renamed them to use them in Warcry / AoS as my own characters, so they will be "normal" Ironjawz Brutes on my table. I made a few very small changes to them as I was building them - nothing that changes their appearance significantly but enough that I am much happier with them. 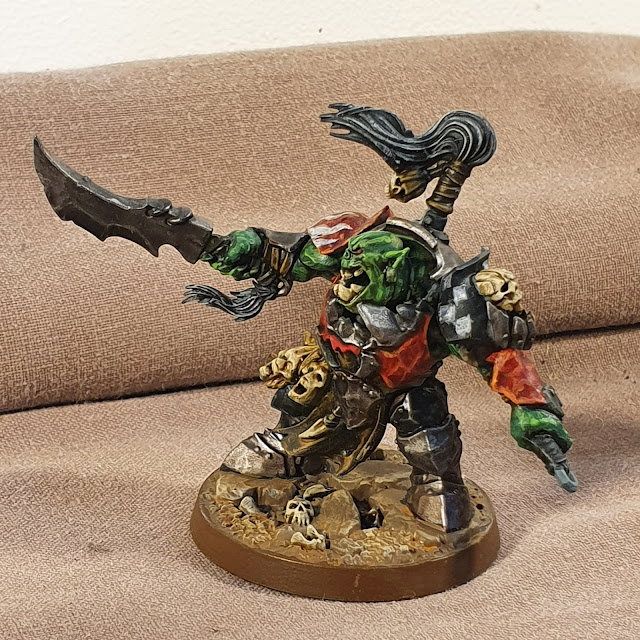 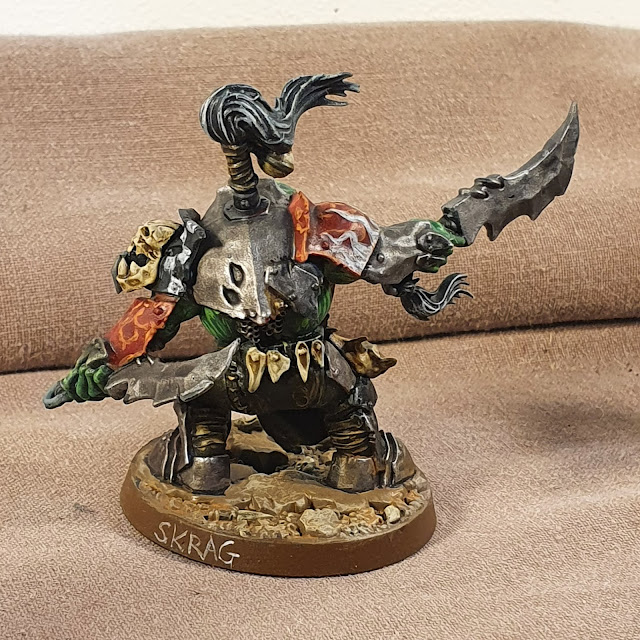 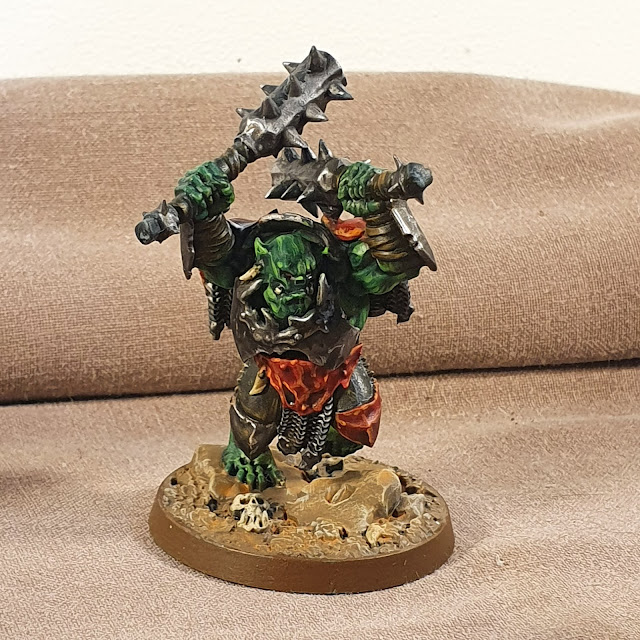 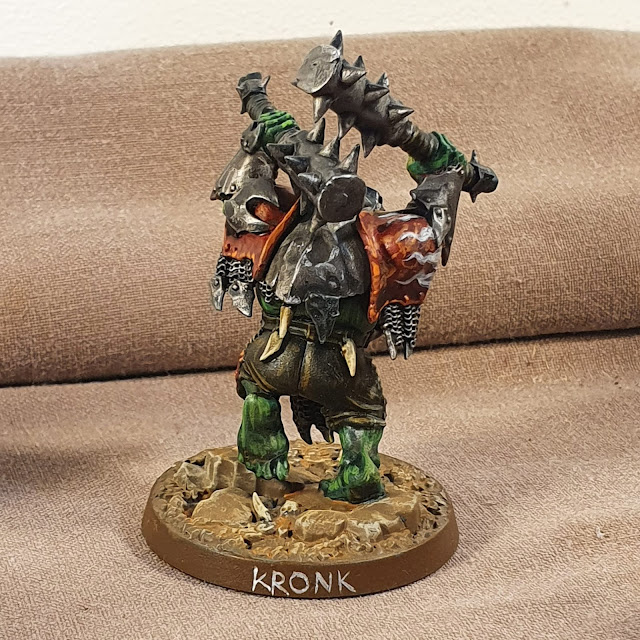 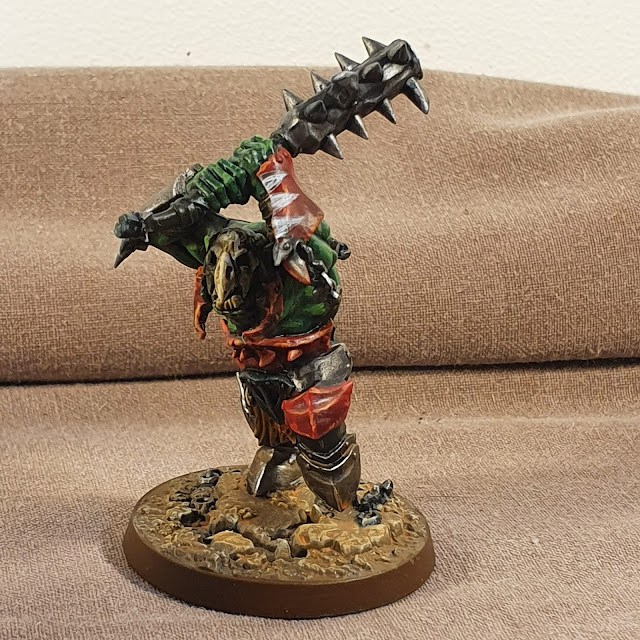 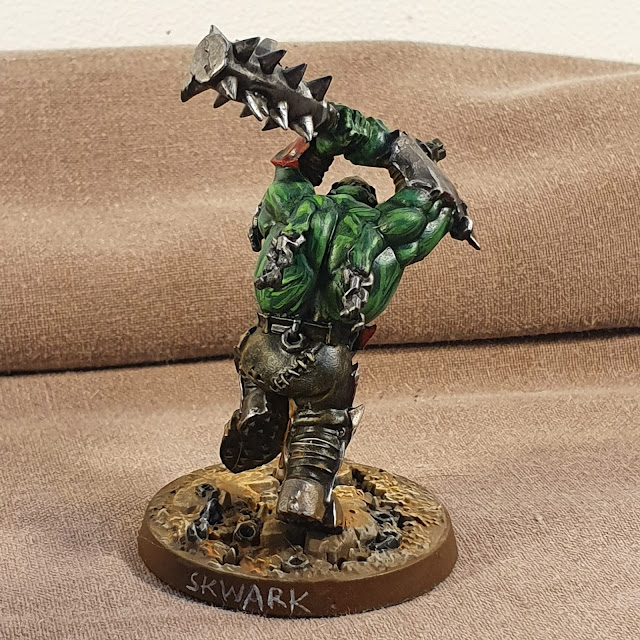 I spent a fair bit of time looking at this David Gallagher illustration (from the first page of the Warhammer Fantasy Battle 8th edition Orcs and Goblins Army Book) as a reference, as I wanted to paint these orruks in a "traditional" colour scheme. I'm not sure I have really achieved that aim though. 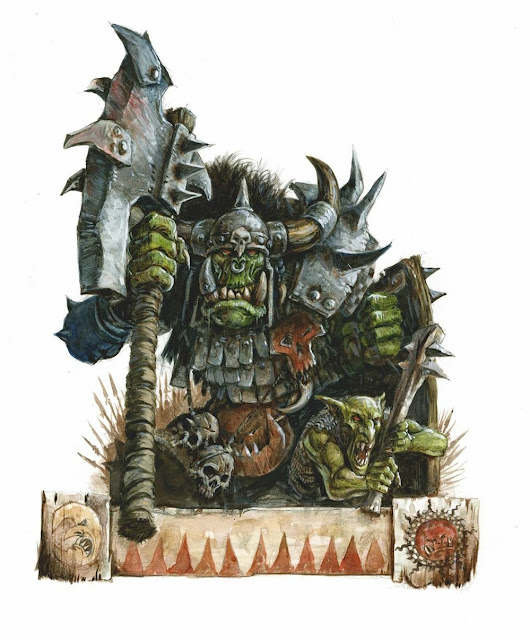 I have also been repainting my Ironjawz Ardboyz to go with them.
I originally painted them with muted olive-green skin and all their armour was a flat red.
I have re-done their skin to match all the rest of my orruks and switched about half their armour to gunmetal. I added an extra an extra orange highlight to the red armour. 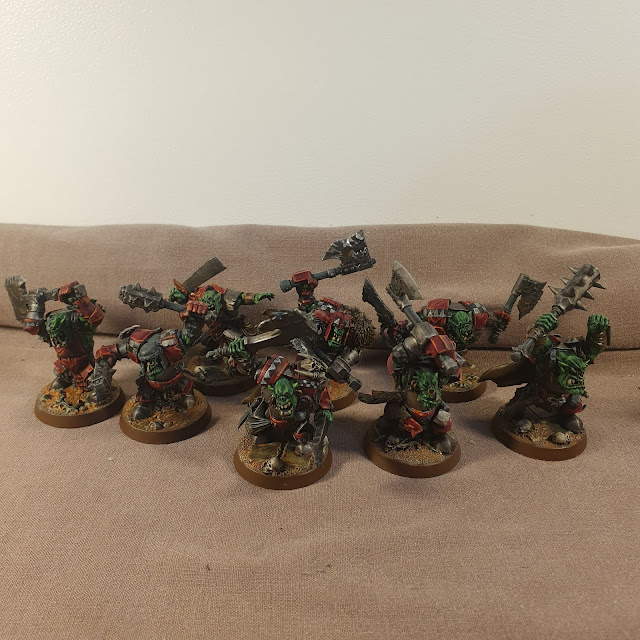 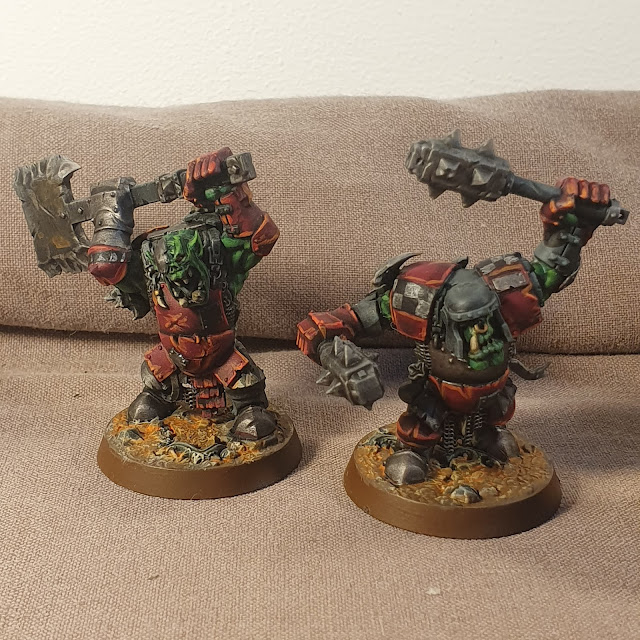 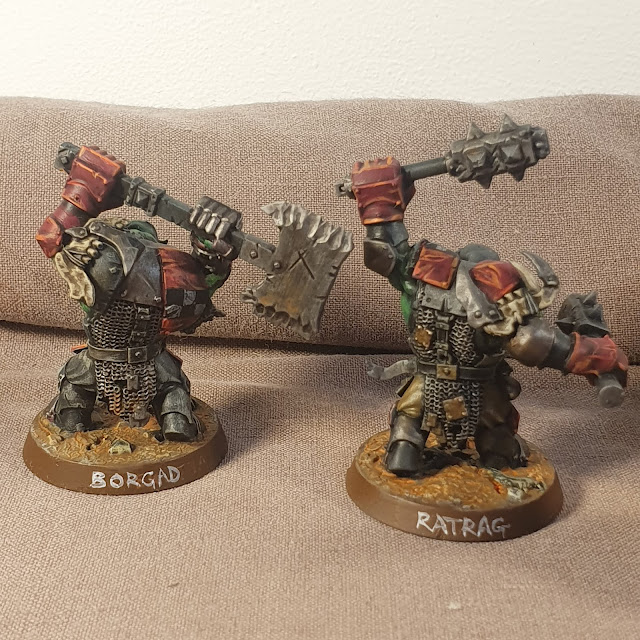 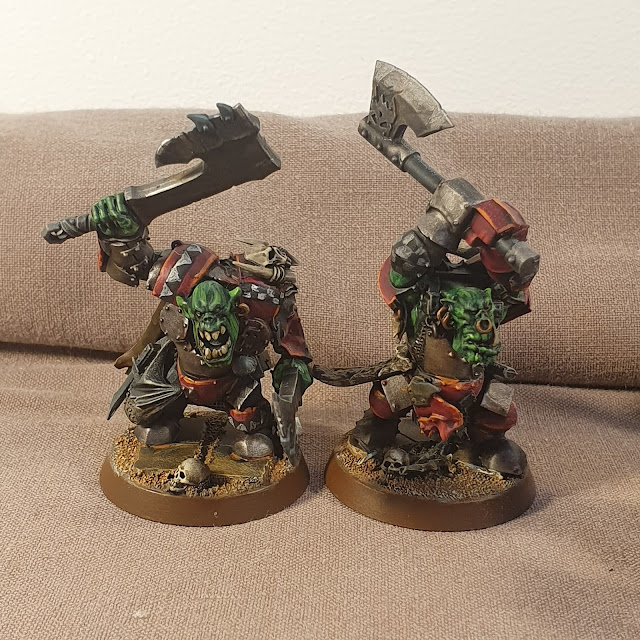 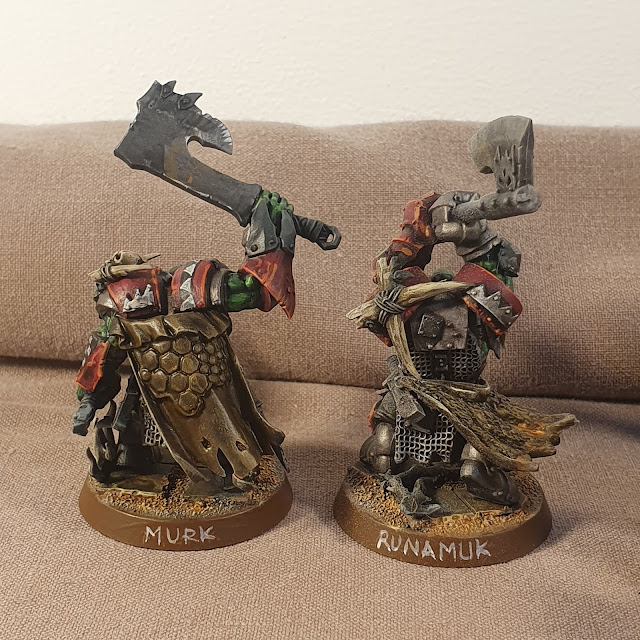 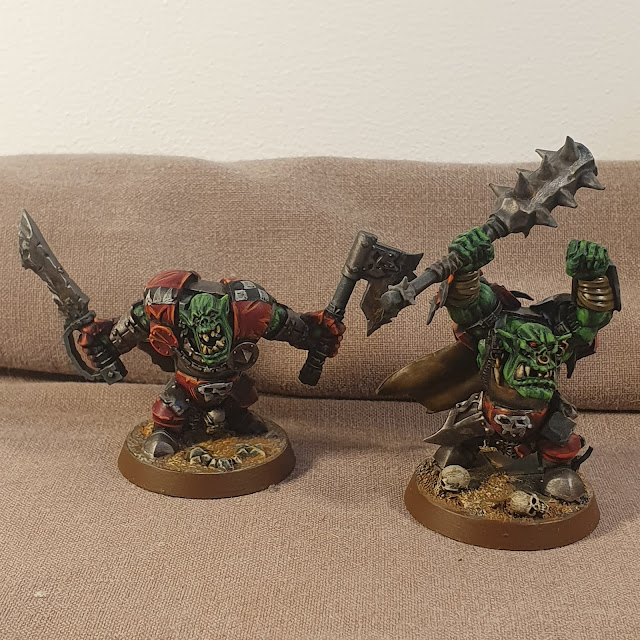 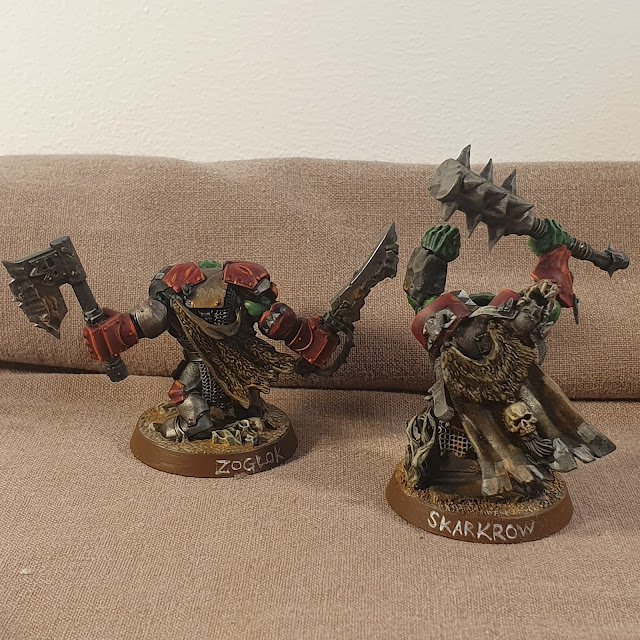 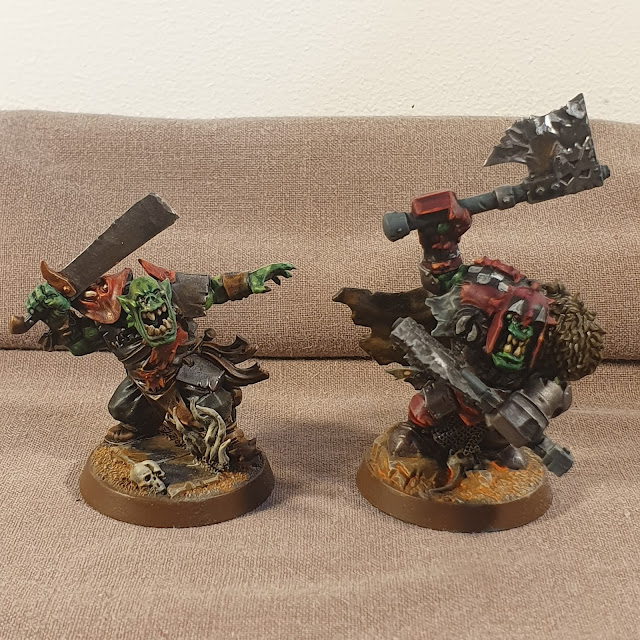 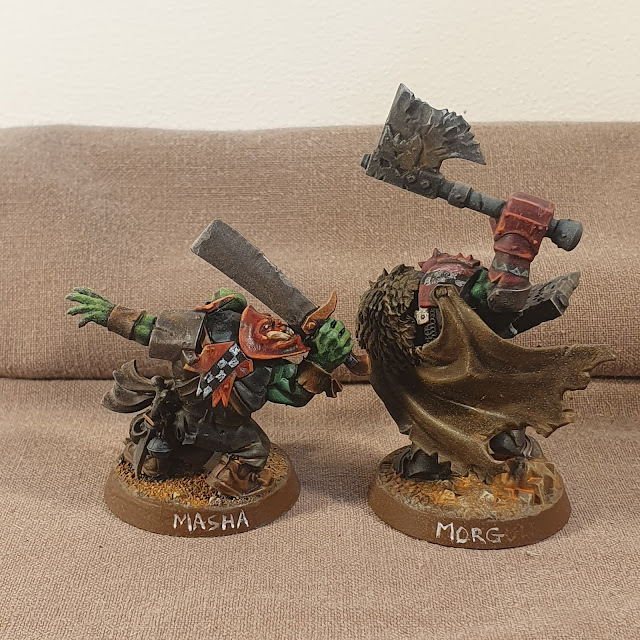 The whole warband so far (I still have more models ready to paint, including 2 more Brutes and a banner and drummer for the Ardboys): 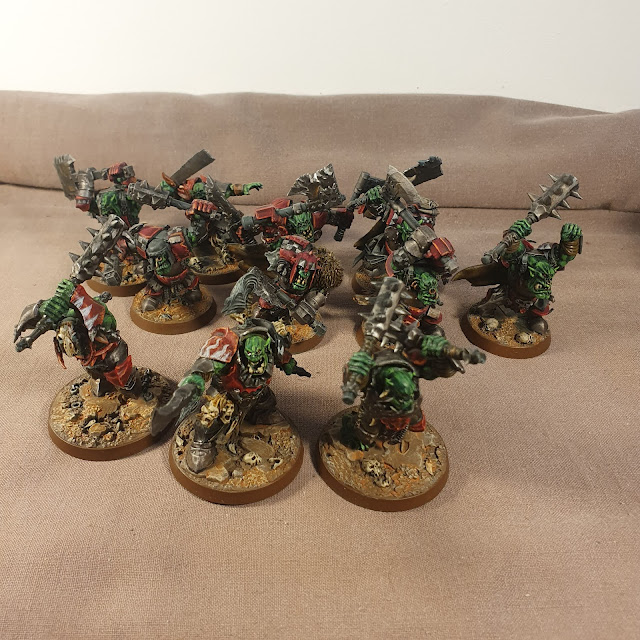