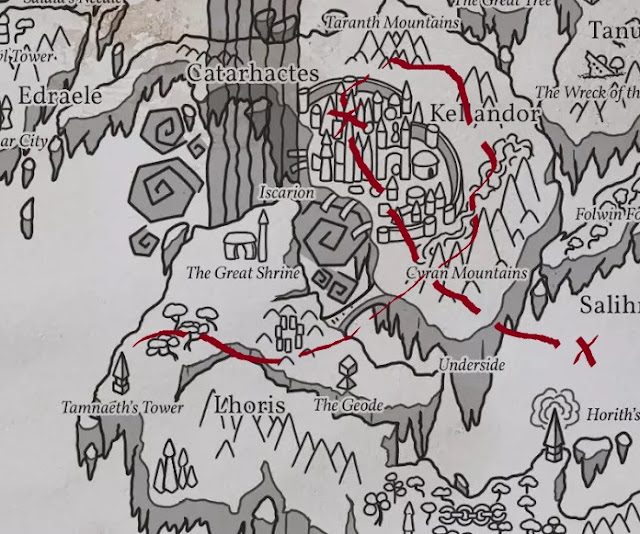 When the Cleavermaws heard the news that a huge fleet of pirates had attacked the Iscarion Docks they knew it was the hand of Captain Illyana Draketooth at work. They had done their best to avoid her and her crew since their first unpleasant meeting, soon after they arrived in the Prime Dominion. The Witch Aelf was a fearsome character and she had not taken kindly to the pirate orruks plans to take advantage of the unfolding mayhem - it stepped on the toes of too many of her plans. If Kaptain Mogrum had chosen to join her fleet it might have been a different matter but none of the Cleavermaws were keen on that idea.
Mogrum and the Baron stood on the roof of a battered building in the slopes of the Taranth Mountains. Mogrum sighed deeply and rubbed his temples. The Baron was still talking as he peered through his brass spyglass, but the splitting headache made it hard to follow his rambling story.
“... and they said they put her in High Tower. She was injured but recovering, helped by their aelven magics no doubt. Her fleet was mostly destroyed and those that weren’t has been scattered to the four seasons.” the Baron rambled on and on.
Mogrum focused as best he could.
“You know I'm a sucker for insane multi-stage plans,” he said at last “but this has got to be the most insane one we’ve ever tried.” the Baron chuckled, Mogrum continued “We will have to fly casual over Iscarion - right over the heart of the damned city itself. Heave-to at High Tower and open the walls with some of the old green lightning (that’ll fall to me I suppose), grapple the tower and haul the ship in close. Then the crew will have to board the tower (you and Mr Sludga will have to go over the gunwales first, of course). Find Illyana and probably carry her back to the ship. We’ll have to loose the grappled and make all sail in an instant then both Uzzog and I will have to call the Breath of Gorkamorka in turns, to speed us away, afore the skyvessel patrols work out what we’ve done and catch up with us.”
The Baron nodded with a huge toothy grin “Yes! The simple plans are always the best, eh?”
Mogrum shook his head in disbelief.
“That is only the first part of the damn plan though mate.” There’s still the matter of the actual heist what we need Illyana’s ships for. They want a whole lot of fighters to be airborne for it, and her ships are the only ones I trust to get them there in time. Them Overlords are just too damned slow.”
The Baron waved this concern away “A mere trifle!” he laughed. Once she is freed they will flock back to her.”
“She hasn’t actually agreed to help y'know? Are you sure she can be convinced to be a part of it? She ain’t our biggest fan and I dunno what is in it for her.” said the Kaptain.
“Oh now mate, don’t you worry about that part. I once rescued her from the jaws of a Kharybdis that was trying to eat her. So she owes me a favour.” said the Baron with a twirl of his waxed moustache. 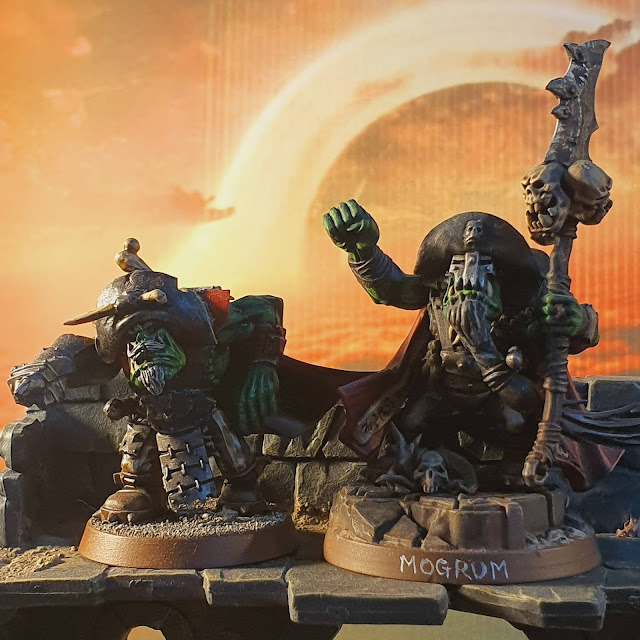 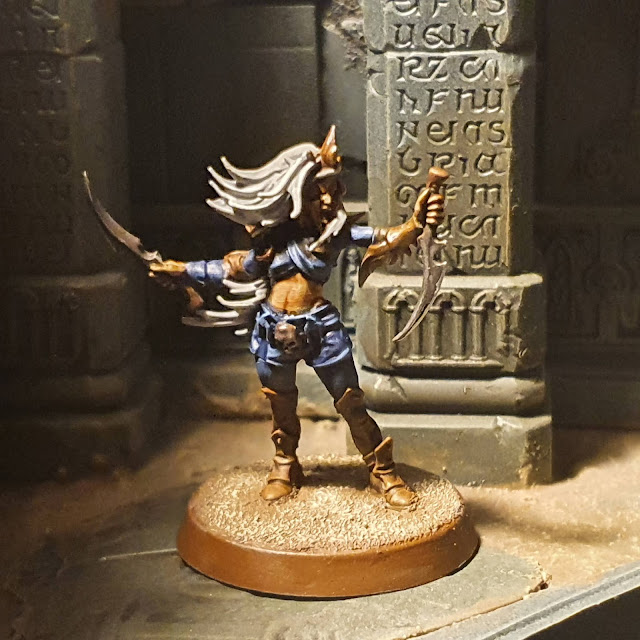 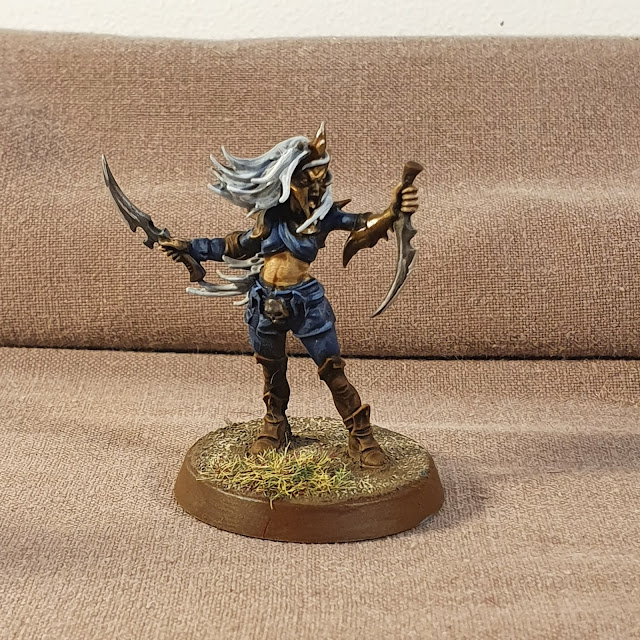 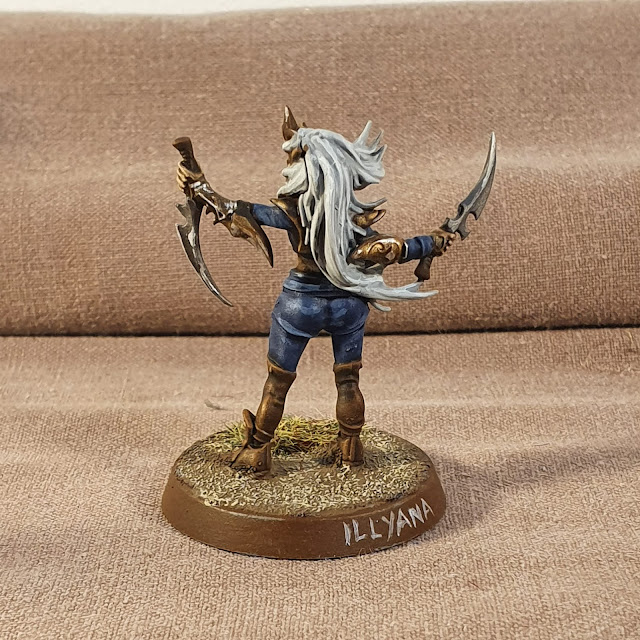 Illyana Draketooth. Leader of the pirate fleet that attacked Iscarion Docks in turn 1 of Animosity III campaign, The Prime Dominion.
She is made from a Witch Elf, from the Dark Elf Blood Bowl team, with Drukhari Wych hands and knives.
Posted by WarbossKurgan (Saul) at 16:41