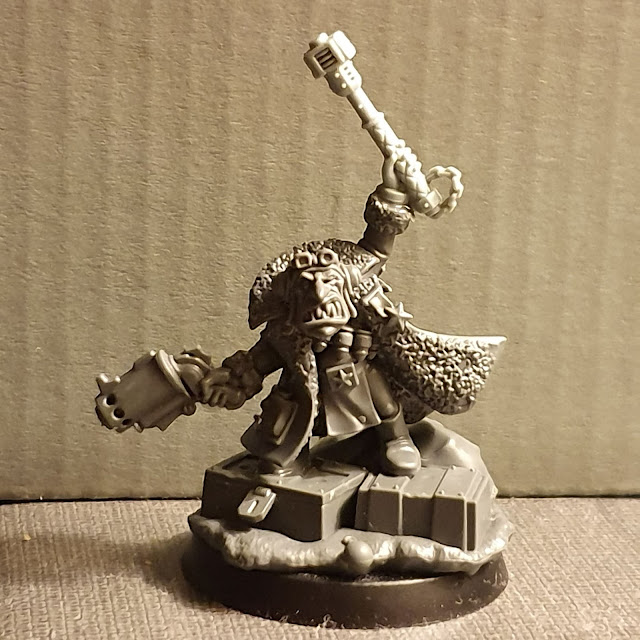 Occupying a forgotten corner of an Ork held Space Hulk the downtrodden grots rise up under the leadership of a mouthy git who calls himself the “Red Gobbo”. Whether he is the actual Red Gobbo or not is irrelevant to his followers - there might be hundreds of Red Gobbos, all over the galaxy. Wherever he is, whoever he is, he is a symbol of hope and they follow him into the fires of revolution gladly.

Formerly known as Stagnik Loonbagz, this Red Gobbo was a turret gunner in a Fighta-Bommer with an exceptional kill-tally. His twin-linked Big Shootas wracked up more kills than any other pilot or gunner in his skwadron.

He made the mistake of getting too proud of himself and got a bit mouthy. One day, on the return flight back to their orbiting Space Hulk, the Ork pilot of his Fighta-Bommer got fed up with him taking all the glory for kills and tried to eject him into the void of space. As he leapt from his malfunctioning turret seat, grabbed onto a stowage strap as the air inside the bommer vented into space, Stagnik realised with shock that he was not only of no value for his skills, he was actually hated for it.

I have decided to de-Christmas-ify the Red Gobbo by swapping his head for a Fighta-Bommer grot turret gunner head (which triggered his back story, as his fur-lined coat looks like a WW1 fight pilot's). I also swapped his left hand for a Genestealer Neophytes power pick, with the pick-points removed, rather than the ragged Christmas tree and star.

I have a load of gretchin assembled and ready to prime too. They will be following the Red Gobbo into revolutionary battle... 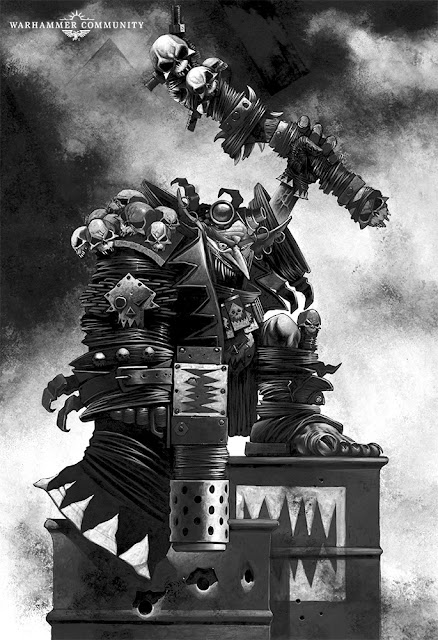 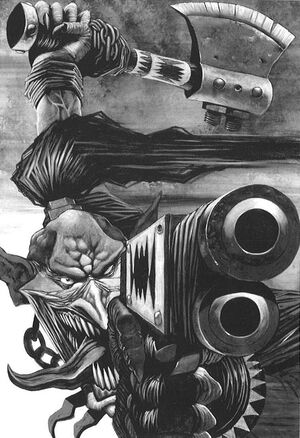 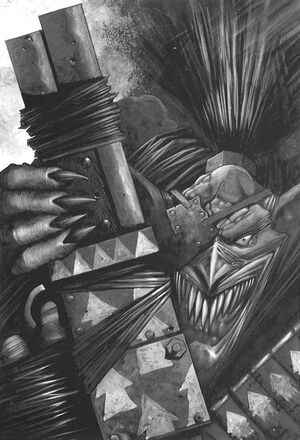 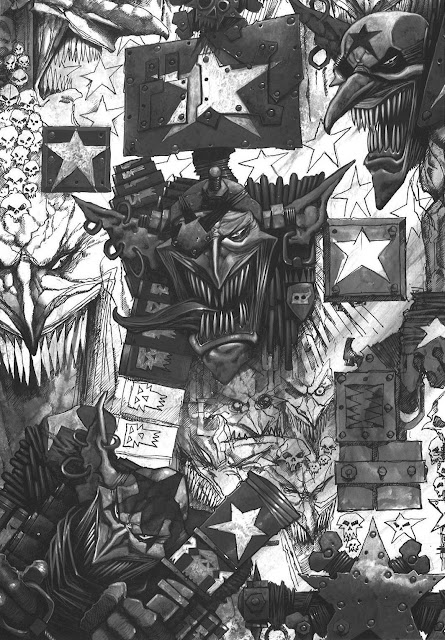