The Sumpcrawler was once an Onager Dunecrawler, but it has been so heavily repaired with Sector Mechanicus parts and junk that it is barely recognisable. It clanks, groans, clatters, hisses and rattles as it moves. It’s auto-senses tick and whirr as it scans its surroundings and assesses targets and threat levels, it emits the occasional mechanical beep when it reaches a decision. 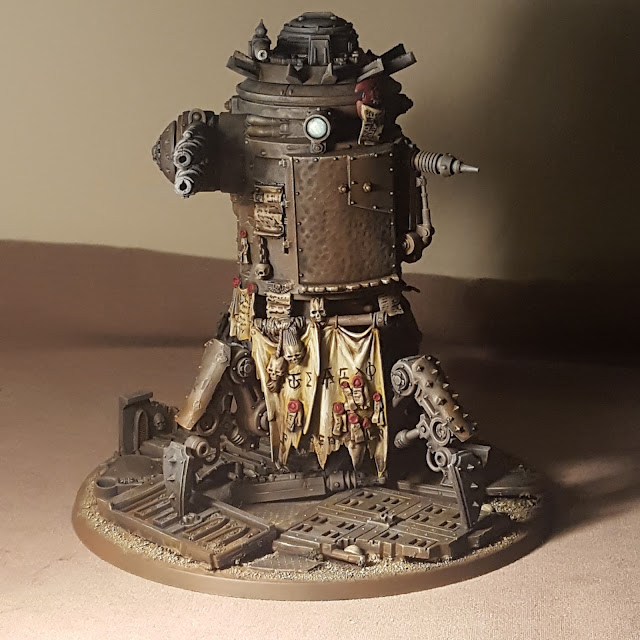 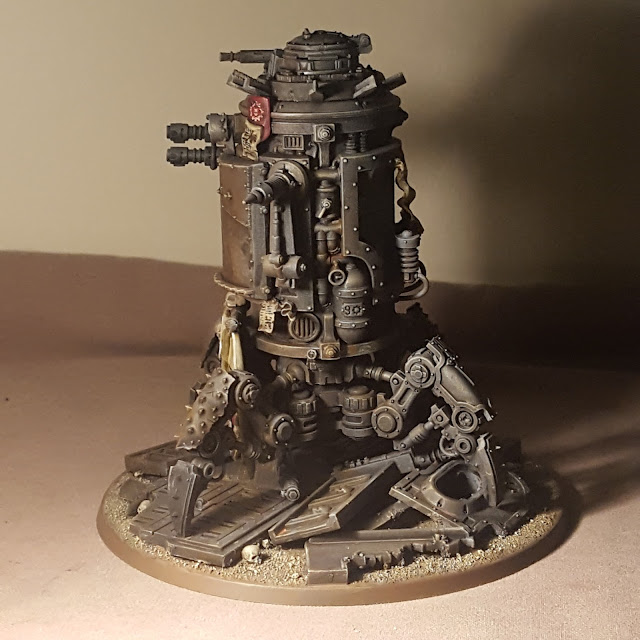 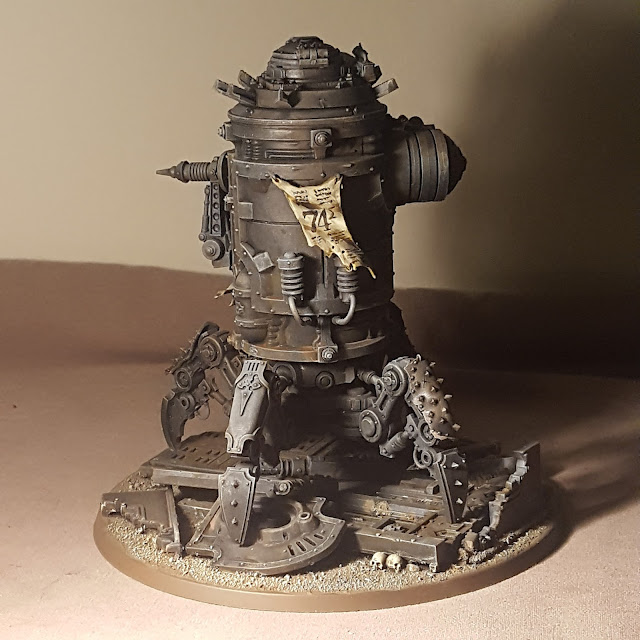 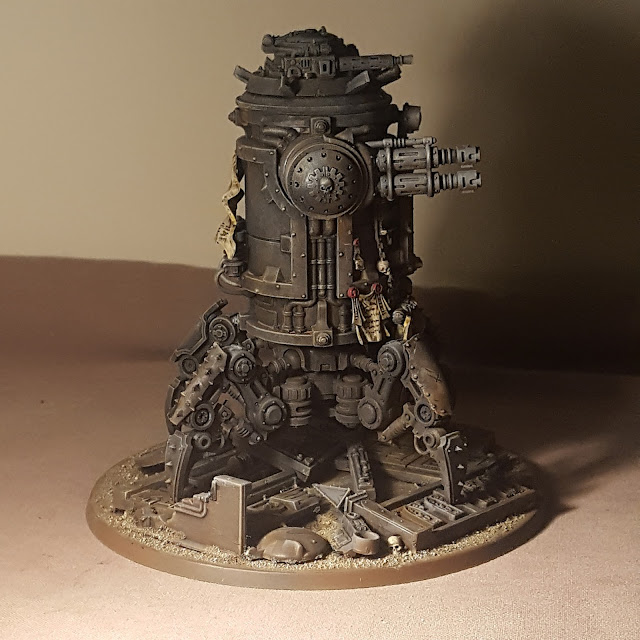 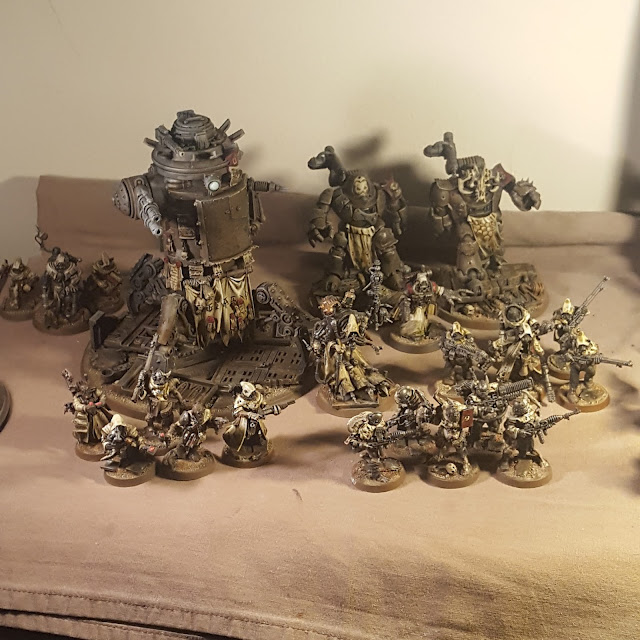 (Bits list: The twin Heavy Phosphor Blaster, Cognis Heavy Stubber,vents or exhausts and legs are from the Onager kit. The armour plates on 3 of it's legs are from the Ogor Ironblaster/Scraplauncher kit. I used a Sector Mechanicus “Alchomite Stack” external tank instead of the Onagar hull, with some "scrap metal" armour plates from the Ork Stompa. The strange electrical-looking protrusion on it's left hull is a leg from a Imperial Bastion's Icarus-pattern lascannon.  The “loincloth” banner is made up of an Orruk Boyz banner overlaid by a Beastman Gor banner. The purity seals and scrolls come from a wide selection of AoS Empire / Freeguild and 40k Imperial kits. The single "robot eye" in the top-middle of the hull is made from an Ork Trukk headlight. The base is covered in "scrap" from my scenery bits box. I also added a skull or two from the Citadel Skulls box to the hull and the base.) 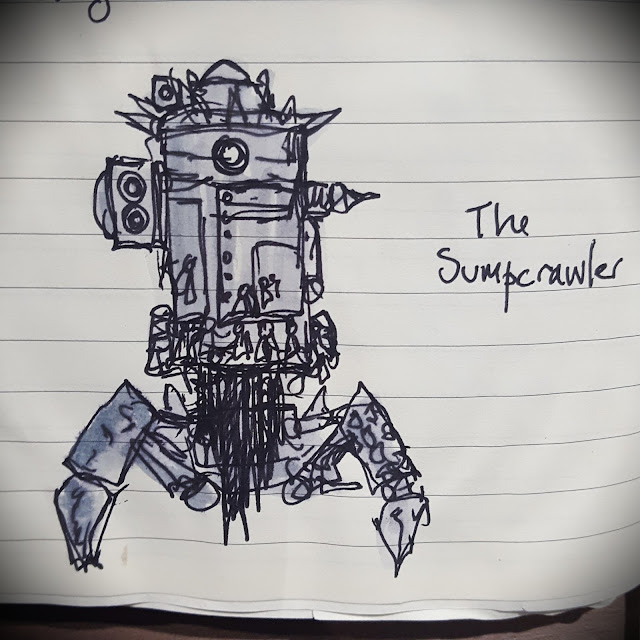