Coming in early 2018, Malign Portents looks like the next big event in the Age of Sigmar story. It will definitely include the release of new models (at least 4 characters, one for each Grand Alliance), probably one or more books, and a campaign website. Exciting to me as it looks Death-centric at the moment!

Godfather Viktor and I have already discussed running an Age of Sigmar Skirmish narrative campaign set in The Harrowmark, and weaving our storyline into the official narrative. We are now impatiently waiting to see what that looks like...

Malign Portents isn’t just a website – it’s a continuing narrative that’ll allow you to take part in the most radical changes to Warhammer Age of Sigmar since the Storm of Sigmar. New empires will rise, war will rage and there are some surprises to look forward to.

On the way from the Mortal Realms...

Dark powers stir in the Mortal Realms. Malign Portents is a major event for Warhammer Age of Sigmar players, and it’s on the way in 2018. There will be big things coming both for the narrative of the setting and for matched play gamers.

There will be new models on the way for this release too, the first of which we can show you today. Introducing – the Knight of Shrouds: 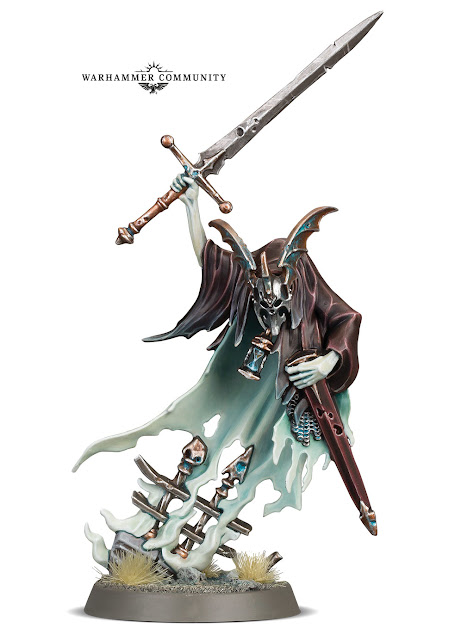 It’s been a little while since we’ve seen a new Death model for Warhammer Age of Sigmar. Patience is rewarded though – we hadn’t forgotten about you. Alongside this Herald of Nagash, each of the other three Grand Alliances will also be getting a powerful new hero.


Something sinister is gathering strength in the Mortal Realms - here's what we know about it so far... 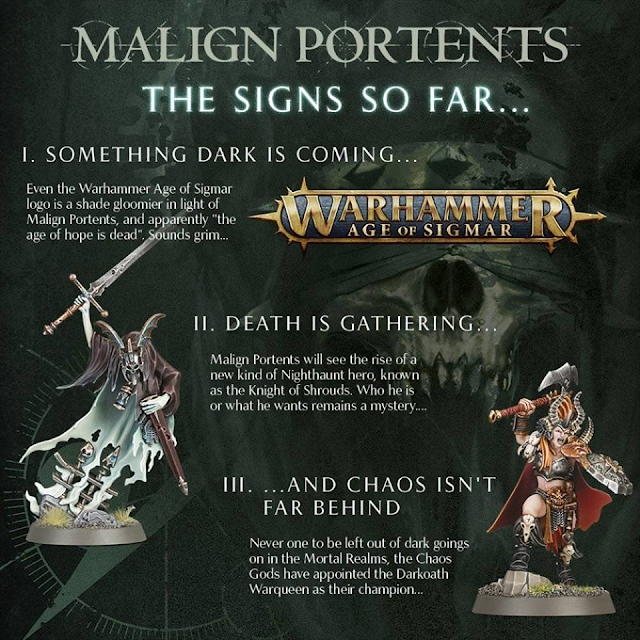 
Unlock the Mystery of the Malign Portents

Something evil is gathering force in the Mortal Realms. For years now, the armies of Order have driven back the forces of Chaos and carved out empires where men, aelves and duardin can live in relative peace.

That age of hope will soon be dead. The signs are everywhere, for those with the talents to see them, and they portend doom. These Malign Portents take many forms, from strange disappearances and haunted dreams to fell lights in the sky and waves of madness sweeping across the lands.

The Malign Portents website is your guide to an unfolding mystery in the Mortal Realms. On it, you’ll find the first of these sinister omens as well as a countdown to… well, you’ll find out. Make sure to keep checking back regularly for more updates as you prepare for this dark new age.

Update: Embedded in the code for the website is this little snippet of text:


"Shadows lengthen across the Mortal Realms. In every nation, from its ramshackle hovels to its soaring keeps, dark omens abound. The elders say..."

But what do they say? We'll have to wait to find out it seems.


"Shadows lengthen across the Mortal Realms. In every nation, from its ramshackle hovels to its soaring keeps, dark omens abound. The elders say there is a change on the wind, and not for the better. Sigmar's great endeavour, to light the fires of civilisation once more, has borne fruit - but in turn brought dangers of its own..." 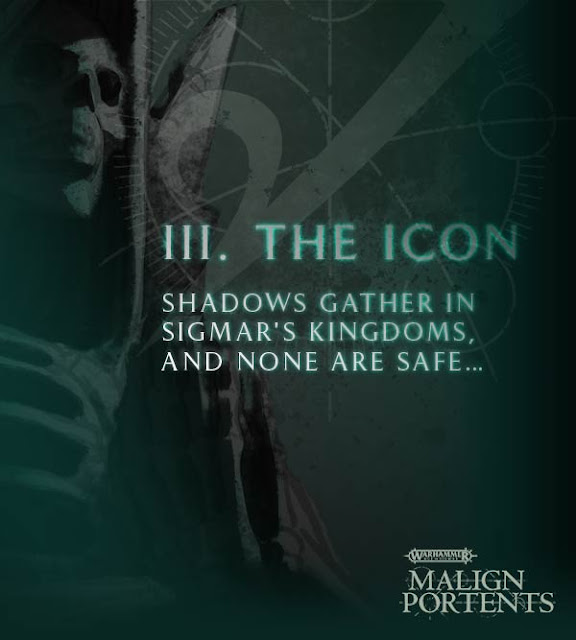 I currently think this is all just symbolism. I don't think it means anything in terms of releases. Fallen stars, comets and meteors have always been very Warhammer. They are atmospheric in-universe portents of death for the peoples of the Mortal Realms. Not clues to players of what is coming out. 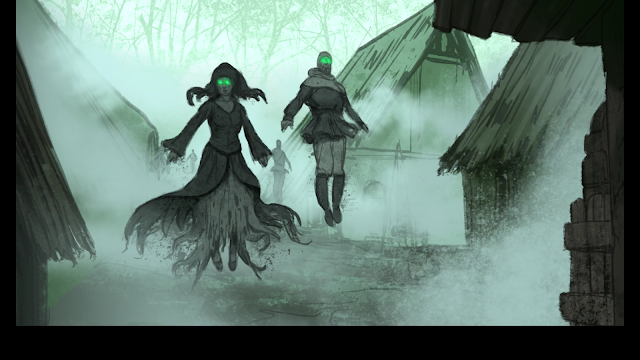 Malign Portents is coming, and no-one is safe. With dark omens everywhere portending doom, champions are rising from each Grand Alliance to lead their forces in the great battles to come.

For Death, the Knight of Shrouds has risen to command the spectral legions, a shadowy revenant fuelled by a cold hatred of the living and armed with horrific powers drawn from Shyish and the great Necromancer. For Chaos, the Darkoath Warqueen has arisen to split skulls, drink blood and bond the disparate forces of the Dark Gods into a crusade of carnage. For Destruction… well… 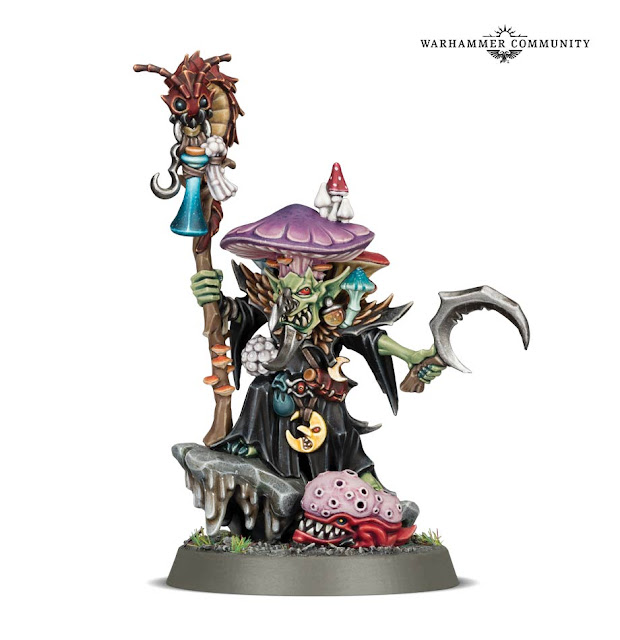 You’ll be able to recruit the Fungoid Cave-Shaman to your army next year when the Malign Portents come to pass... 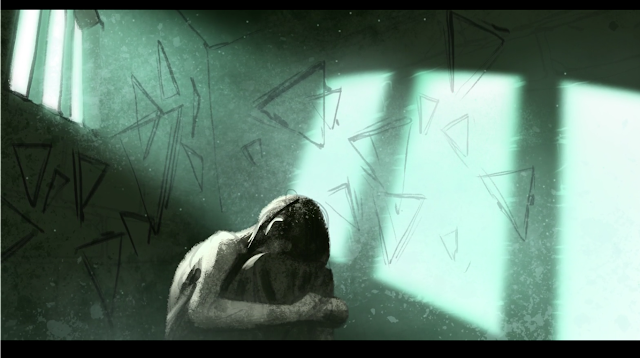 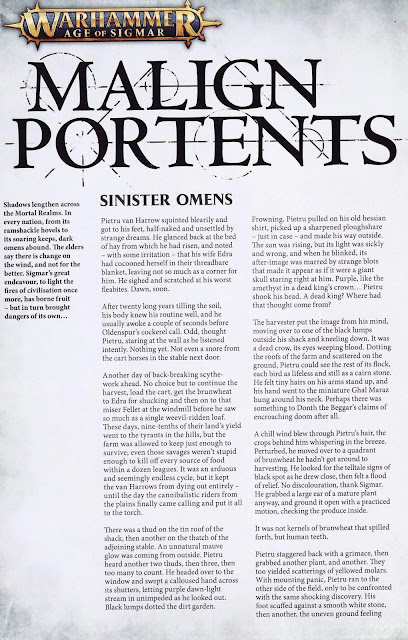 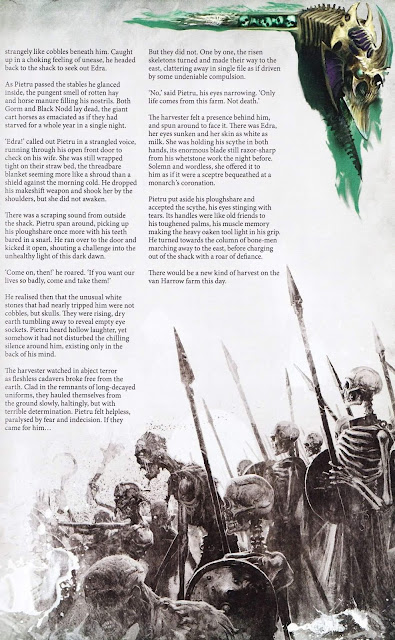 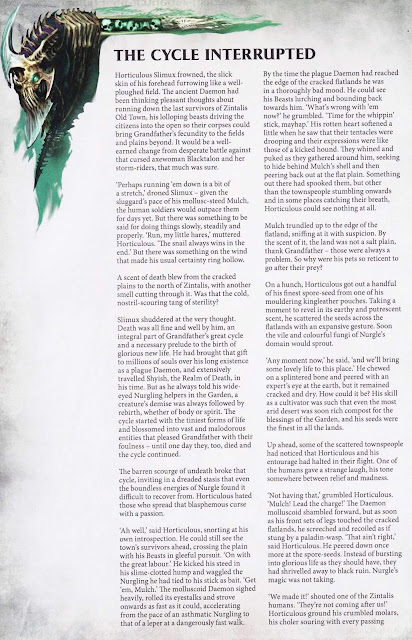 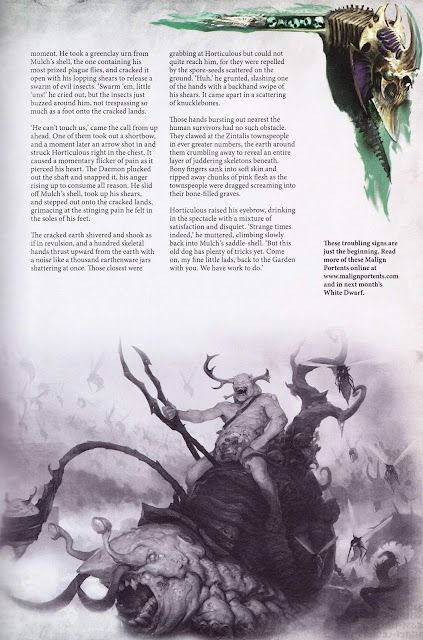 Malign Portents is the beginning of a dark and dangerous new era for Warhammer Age of Sigmar, with each Grand Alliance seeing Harbingers – prophets, seers and emissaries blessed with strange abilities – rise to meet the oncoming threat. For the forces of Chaos, these are the Darkoath Warqueens, tribal leaders who practice diplomacy with the edge of an axe. For the forces of Death, the Knights of Shrouds command legions of the undead as they execute their master’s mysterious bidding. For Destruction, the Fungoid Cave-Shaman prophecy doom, annihilation and the best battle their ladz have ever seen.

Order’s champions are the Lord-Ordinators, a new kind of Stormcast Eternal that combines a mastery of engineering with the storm-forged might of their brethren. 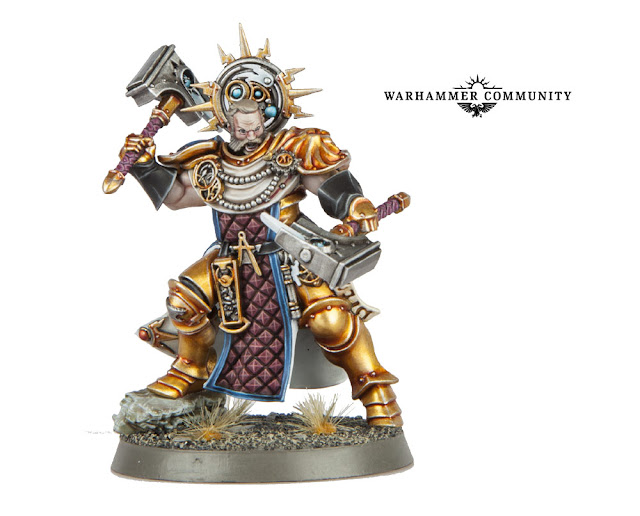 Lord-Ordinators have a particularly sacred duty – where the other Stormcast Eternals clear the way for Sigmar’s kingdoms, it’s these warrior-engineers that oversee the construction of new cities, walls and Stormkeeps, working in tandem with Dispossessed work gangs to create wonders unseen since the Age of Myth. These warriors also observe the movements of the stars in the heavens above the Mortal Realms, using combinations of mathematics, science and seer-craft to determine the future. With a great evil rising, the Lord-Ordinators have been dispersed among the armies of Order so that they can help prepare them for what is to come… 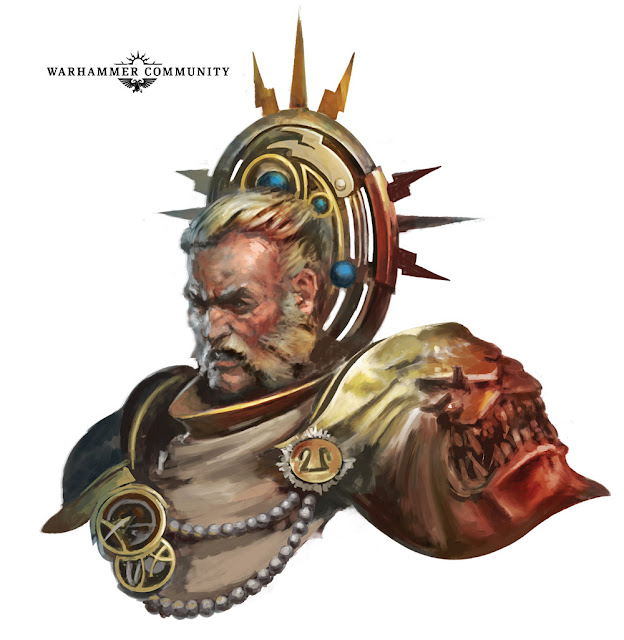 Indeed, the Lord-Ordinator is the star of the latest Malign Portents video, as scryer Elias attempts to work out exactly who is behind the dark goings-on in the Mortal Realms: 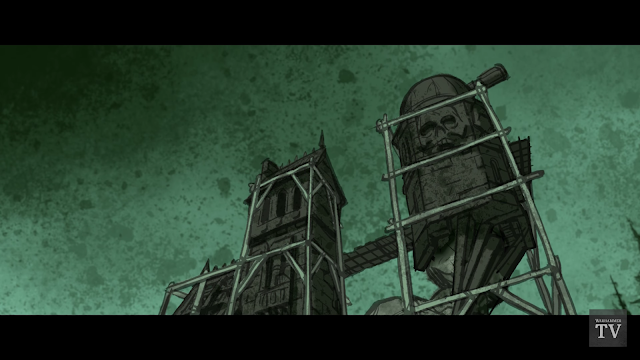 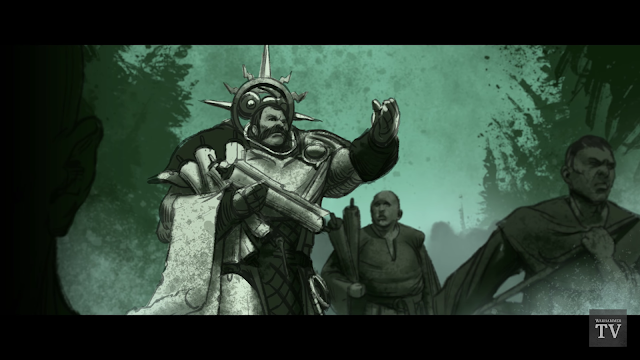 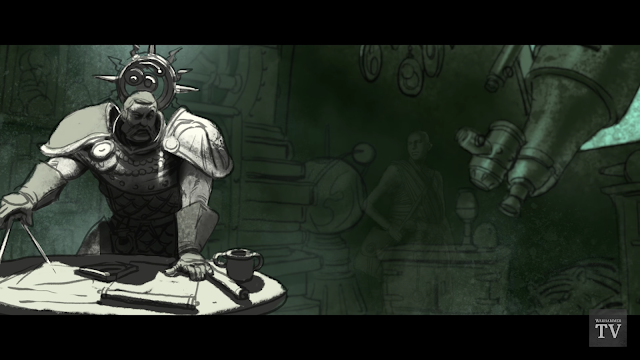 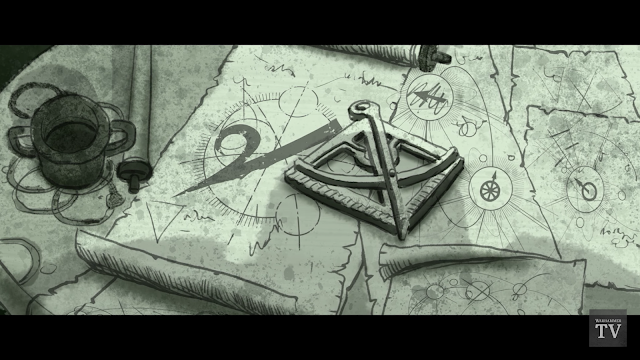 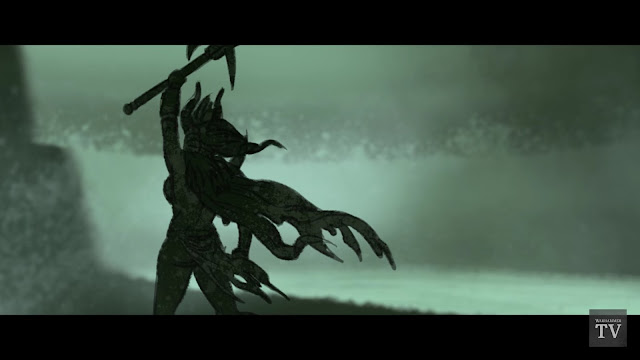 So the Knight of Shrouds is a soul that Sigmar was unable to take into the Celestial Hosts! It's not clear exactly what that means: was he stopped by Nagash? Did the soul reject the reforging process? Maybe Sigmar weighed the soul and found it unworthy? Or maybe something else! It may even be all of them!

Either way I think this is as close to "Deathcast" (undead Stormcast Eternals) as we are likely to get in my opinion. I think their role of "heavily armoured magical elite infantry with special powers" is already taken by Morghast Archai and Morghast Harbingers anyway. 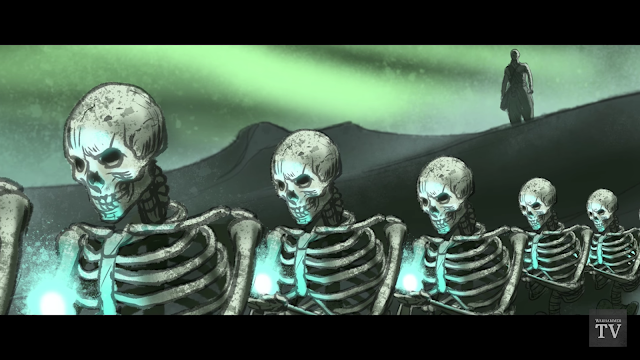 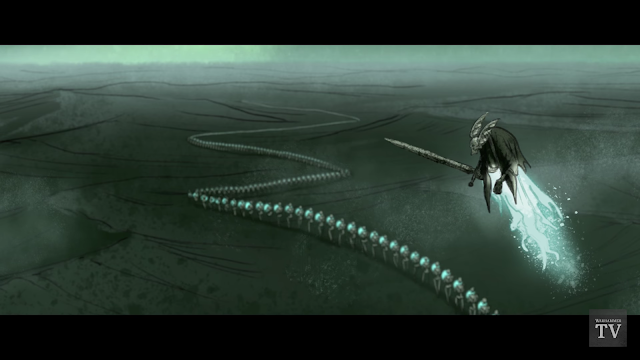 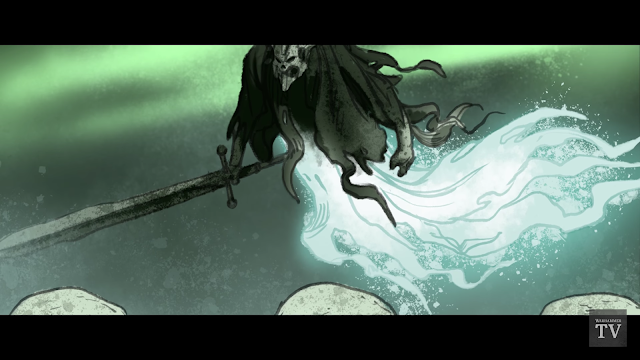 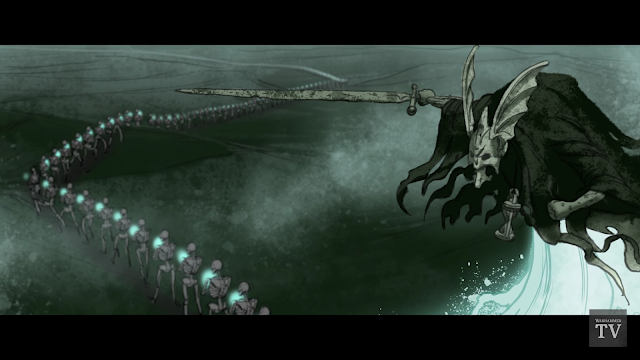 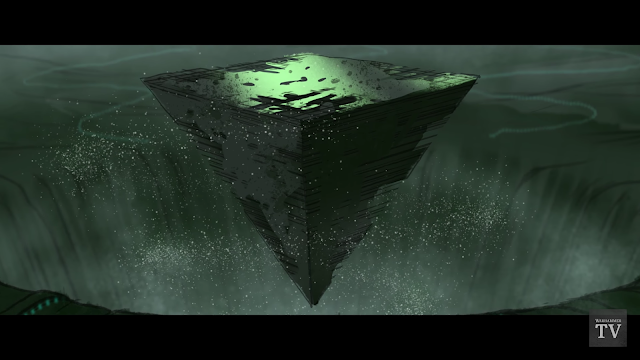