The Crowmoons were once more raiding Ghyran for the supplies that they could not find in Shyish: They were braving the wilds of the Wyrmdark, at the far end of the Amberwind Chasm, in the hope of finding Wyrmroot for Saruthul the White Sorcerer.

Overhead the night sky was lit only by the Dimdire - a permanently eclipsed moon, the colour of blood - as Gudrun and his Duardin Pirates crossed paths with the Crowmoons again in the the Wyrmdark. The Crowmoons advanced in an oblique line, with Dregtoof and the Lurker Boyz at the head of the right flank, followed by Spitlock and the Underhogz Arrer Boyz with Dogear the Shaman at the rear on the left flank. 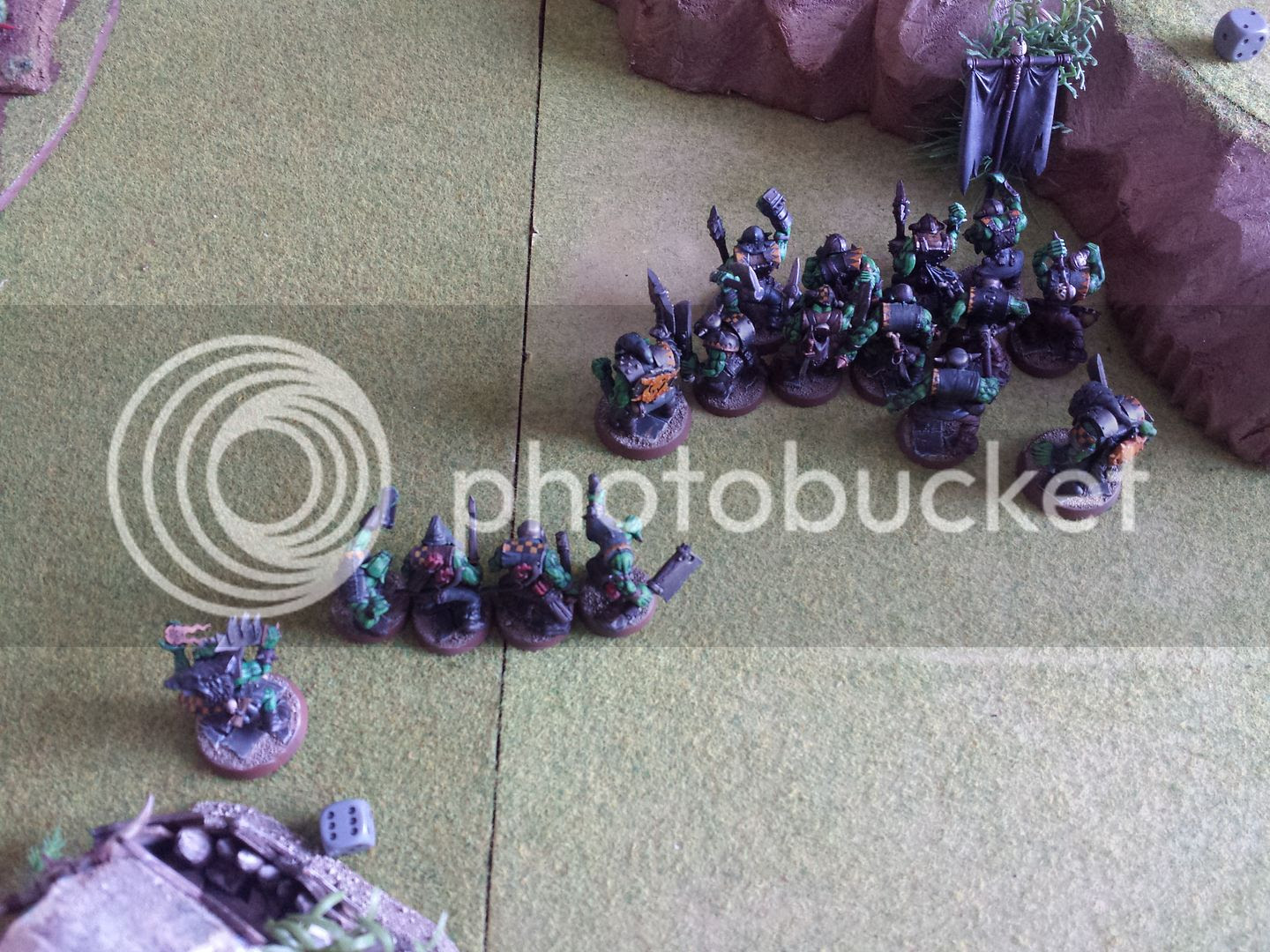 Dogear the Shaman and the Arrer Boyz provided cover from the Sinister Idol of Gorkamorka as the Orcs closed on a hill that was loaded with Arcane power.

The Duardin Slayers came over the hill and smashed into the Orc Boyz while the Wizard and Shaman dueled magically and physically! Dogear wounded his opponent and the Wizard fled to fight the Arrer Boyz alongside the Pirate Captain. The Slayers sold their lives dearly, as they wiped out the Lurker Boyz and took down Dregtoof. Dogear was left far behind the combat lines as the Underhogz were whittled down to one Arrer Boy. Spitlock and Dogear grabbed their fallen boss and beat a swift retreat.
Posted by WarbossKurgan (Saul) at 10:03