The Great Oubliette of Shyish, part 10 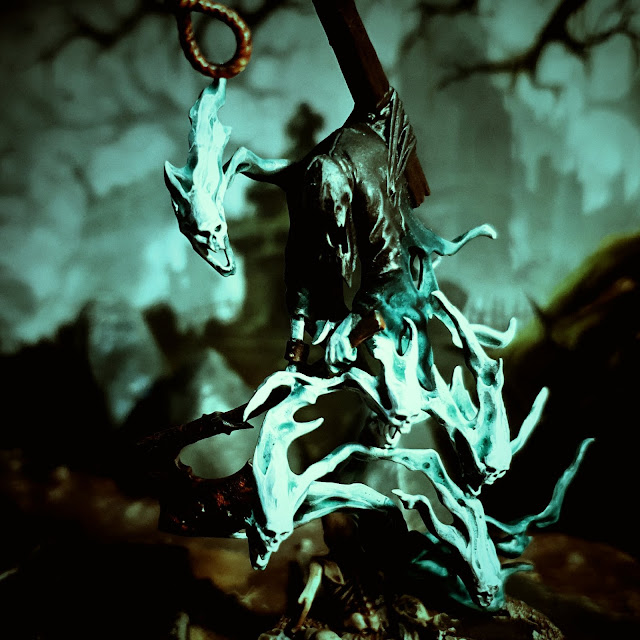 In the living world executioners are tasked with the ending of life, often by axe stroke or noose. The headsmen of the Mortal Realms who knowingly slay the innocent as well as the guilty attract the gaze of Nagash, and upon death are remade into the spectral forms of Lord Executioners. The same is true for those that enjoy their work too much, and Valkron was one such executioner. He was the headsman for a religious order, but an impious and gloating one. He was not one of the order’s faithful but he happily took their coin and did their grim work. He regularly taunted his victims, chiding them cruelly in the moments before ending their lives.
He now bears a massive decapitating axe, with which Nagash has charged him to slay heroes, champions, kings and anyone who defies the law of Nagash, all the while harangued by the spirits of the innocent souls he cut down during life – souls who ironically protect the Executioner from danger, not out of kindness, but so he can never escape the executioner's bloodthirsty work. 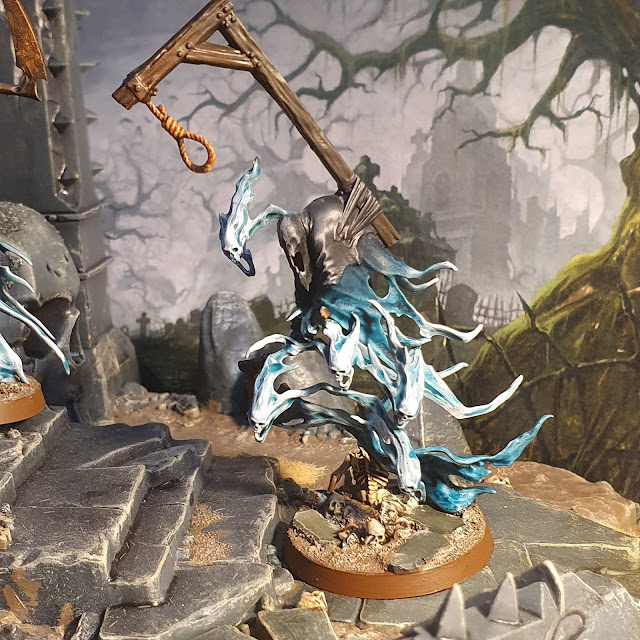 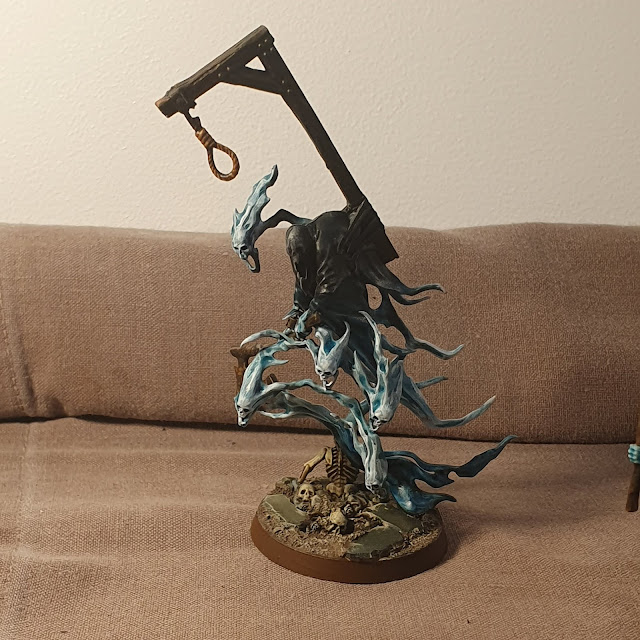 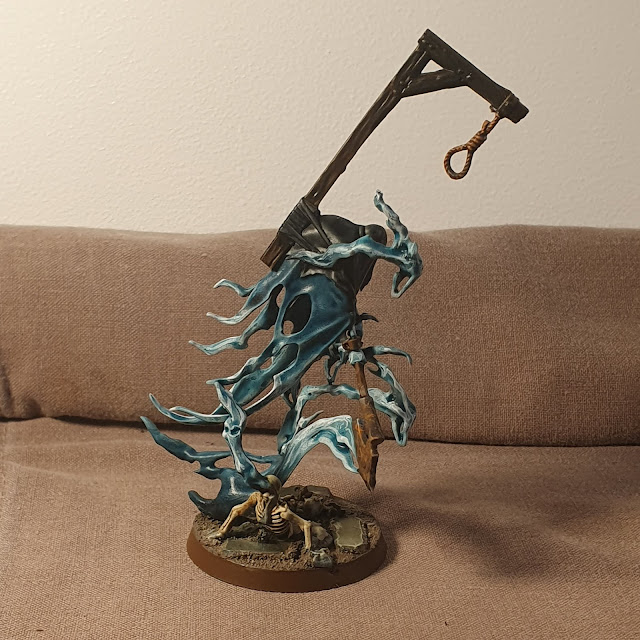 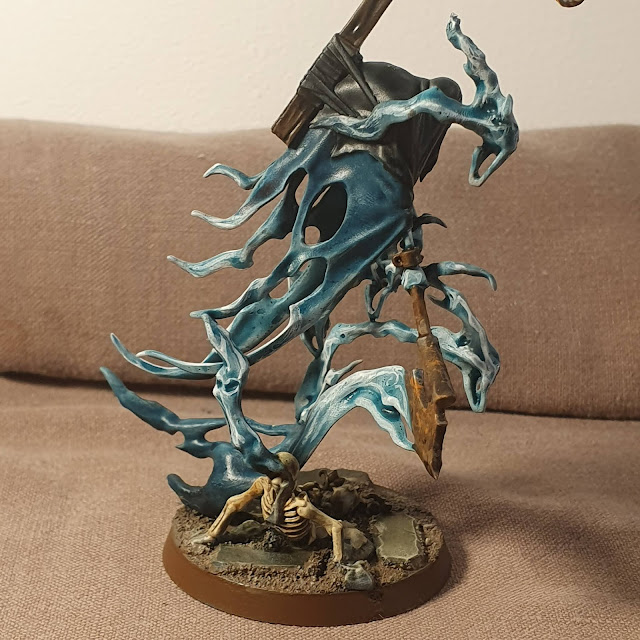 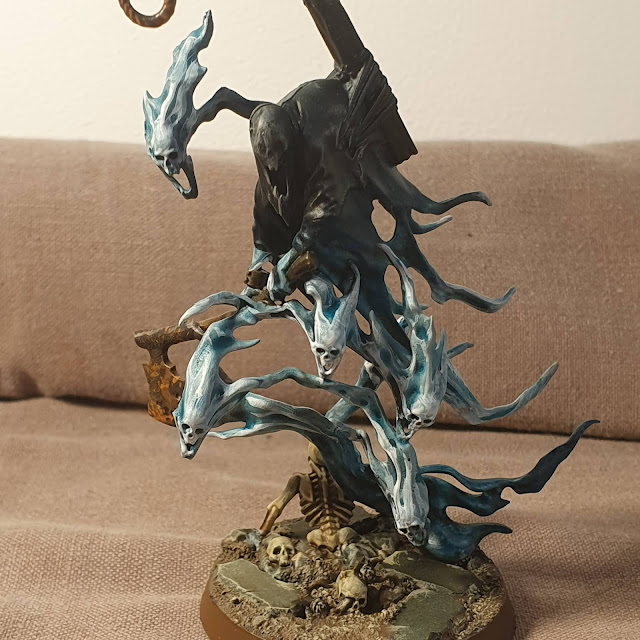 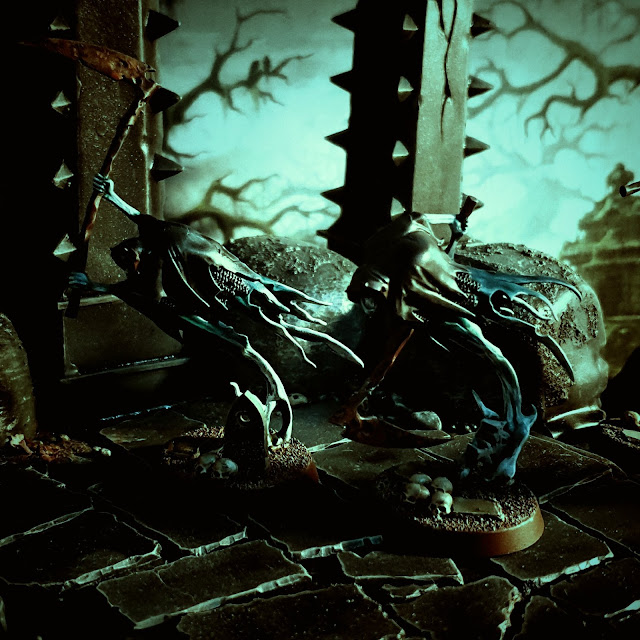 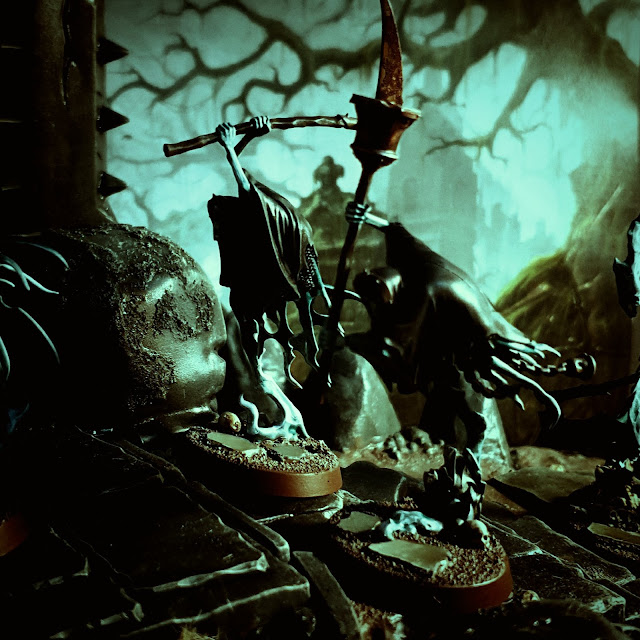 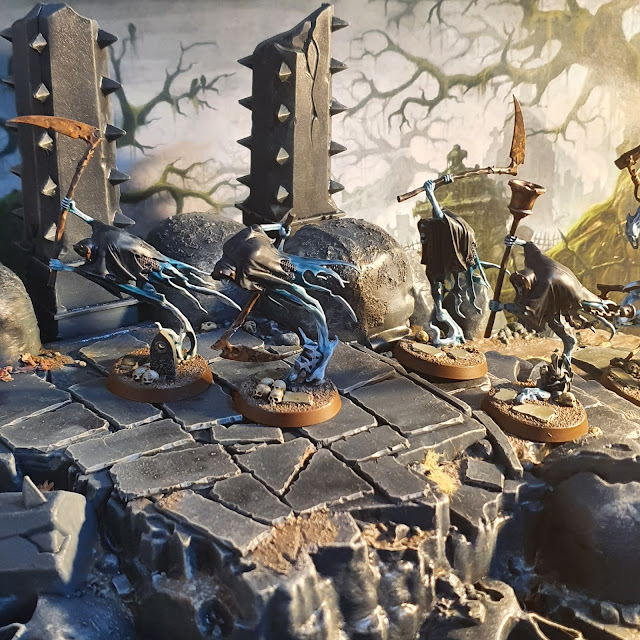 In life, those who were to become Grimghast Reapers were arch plotters and schemers - careful and meticulous killers. They planned and plotted, worrying over every facet of the illicit deeds that they committed. All took great pains to see that no blood would fall upon their hands, for the deaths were brought about through whispered lies, poison or the employment of mercenaries. In death, Nagash has seen fit to punish such souls with everlasting bloodshed in the most frenzied and obvious manner possible Blindfolded with strips of sanctified shrouds, Grimghast Reapers cannot see, not even with the witch-sight granted other spirit forms. This is part of their curse to keep them in a state of eternal rage.
Armed with slasher scythes, Grimghast Reapers are indiscriminate killers. They never cease in their long sweeping strokes that mercilessly cut down the enemy a rank at a time, and they never tire. Like horrible clockwork figures, they endlessly repeat their deadly shearing strikes. The grim spectres move quickly, hovering down to attack, but doing so with jarring motions that are antithetical to the graceful movements of the living. They seem to start and stop, travelling in convulsive bursts, yet they are fast for all that.
The champions of the Grimghast Reapers are known as Extollers of Shyish. Once spiritual leaders that spoke out in life against Nagash, they are now harbingers of death. Each bears a massive bell - a death knell - whose sombre toll strikes to honour the Supreme Master of Death. The sound rings especially true when the great bell batters the flesh of the living - the resulting resonance is so disturbing that it can shake a mortal's soul loose from their physical form. 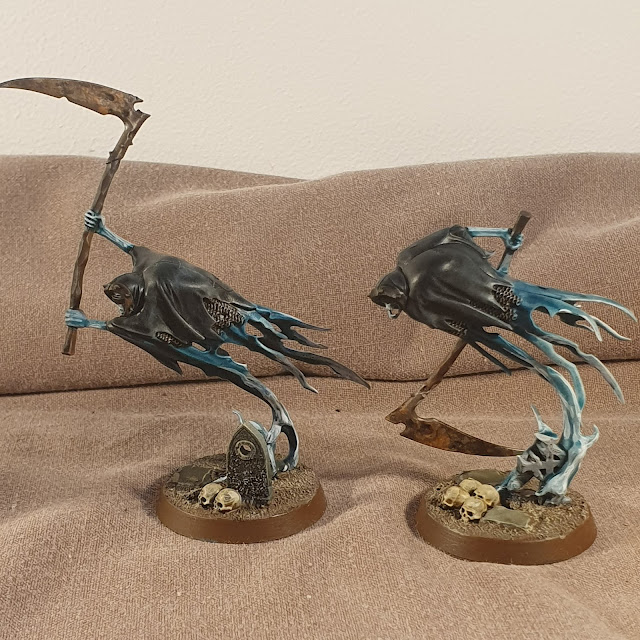 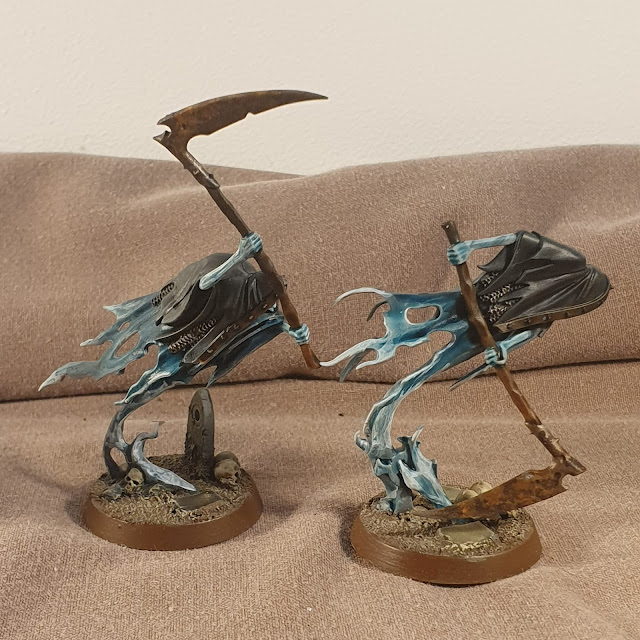 +++
More Nighthaunt models from Mortal Realms magazine for the Great Oubliette!
Just the 5 Glaivewraiths, from Mortal Realms issue 24, left to paint, but I now have pretty much everything I need to play through the Glymmsforge Catacombs solo AoS campaign (with a few minor changes), to represent the Cleavermaw's search for the Adm'rul in the Great Oubliette. I don't have a Knight of Shrouds but I think I'll just re-roll that result if it comes up! 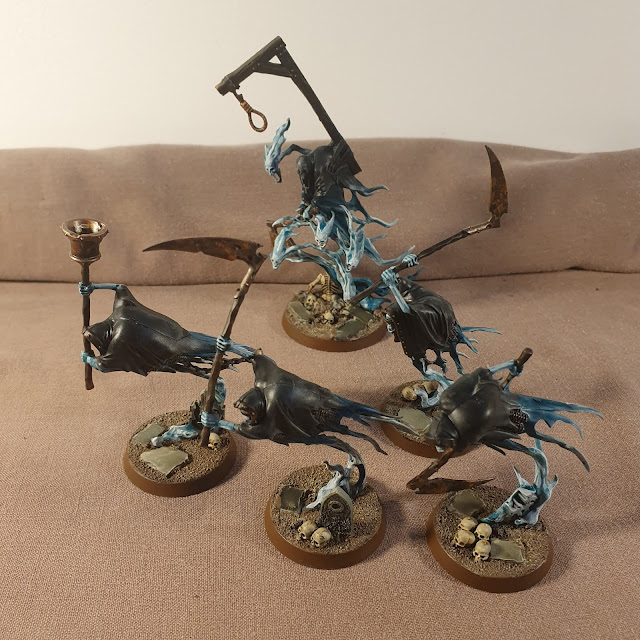