Once the trading districts from the days before Asdrubael Vect's rise to power, when the Noble Houses ruled, Low Commorragh now lies in ruins and poverty. Overcrowded and full of beasts, cutthroats, scavengers, slaves, and other deranged individuals it is extremely dangerous to an unescorted traveler. Now a massive maze of catacombs shielded from Commorragh's stolen suns, it is said that only the lost and feral thrive in the lower districts of Commorragh.

These sketches are a mix of early ideas before I started building and some drawings of finished scenery grouped together as I try to imagine what they will look like on a board. 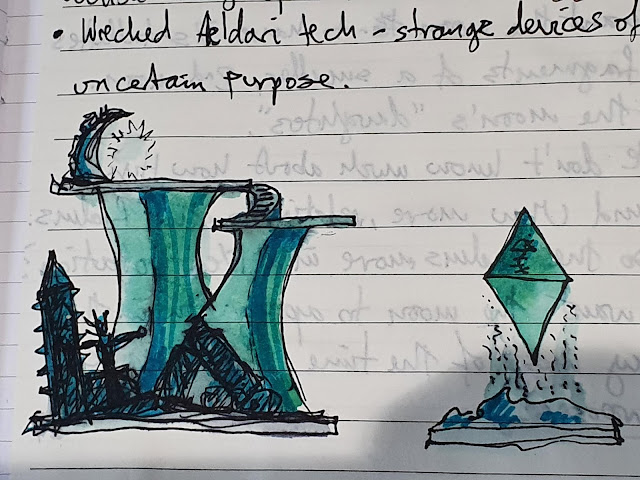 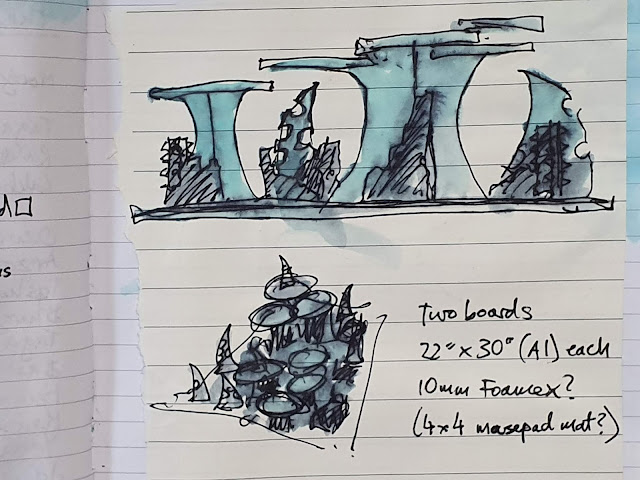 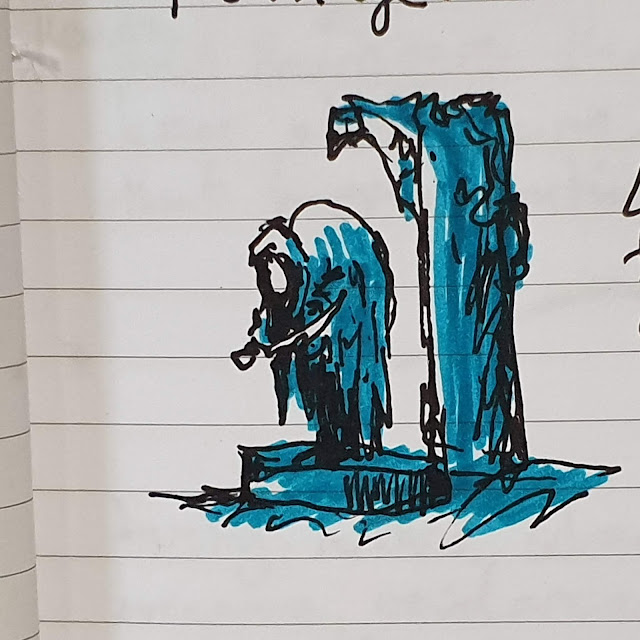 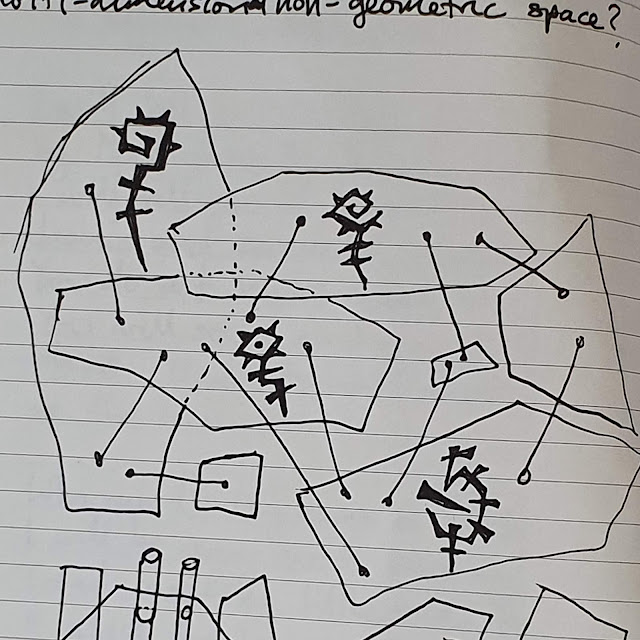 This last one is my first stab at mapping the sections of Low Commorragh that will feature in the campaign. Mapping non-geometric multi-dimensional spaces is hard!

Medusae are strange creatures of the Webway that often find themselves as servants within an Archon's court and are quite sought after by the denizens of the Dark City of Commorragh. They are known to be highly empathic parasites that appear as a collection of brains and spinal cords that are stacked on top of one another. These creatures seemingly float across the ether like jellyfish where they feed on the dreams, as well as nightmares, of sentient beings. They can also latch upon a living host, allowing them to feed upon the emotions of their host directly and through this process, provide the power they require to manifest in realspace, thus becoming hybrid creatures of both the material world and the Immaterium.

In combat, their empathic abilities are weaponised: a simple gaze from a Medusae can lead to instant emotional hemorrhaging by exposing their victims to raw anguish, potentially putting them into a coma from which there is no recovery. In addition, they are also able to absorb extreme sensations, which are highly prized in Dark Eldar society. The brain fruit of the Medusae are capable of being consumed and allow an individual to re-experience the vivid and anarchic emotions of a raid all over again.

These two are going to be NPCs. We will probably use the Codex Drukhari profiles for them. They will make pretty nasty opponents, roaming about in the shadows and attacking at random! They are both made from Dark Elf chariot crew with Finecast Medusae heads and Blood Bowl Dark Elf forearms. 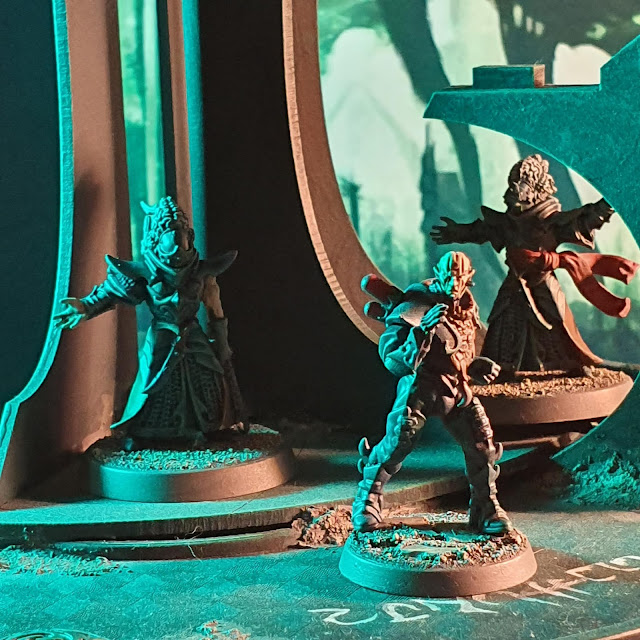 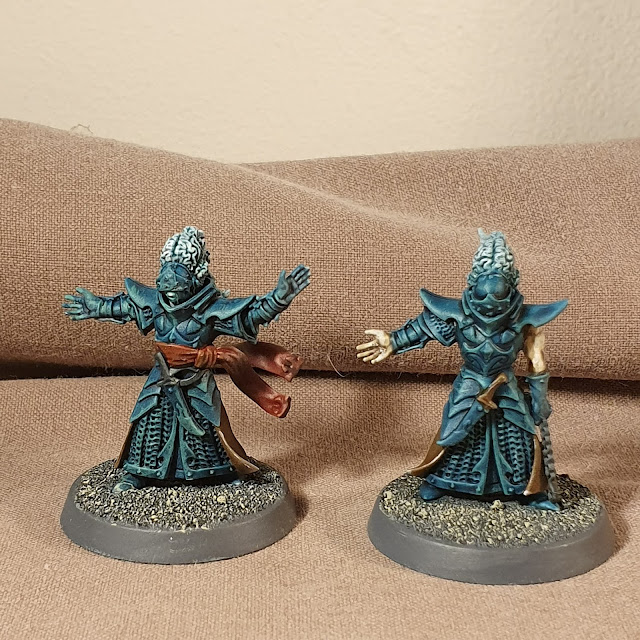 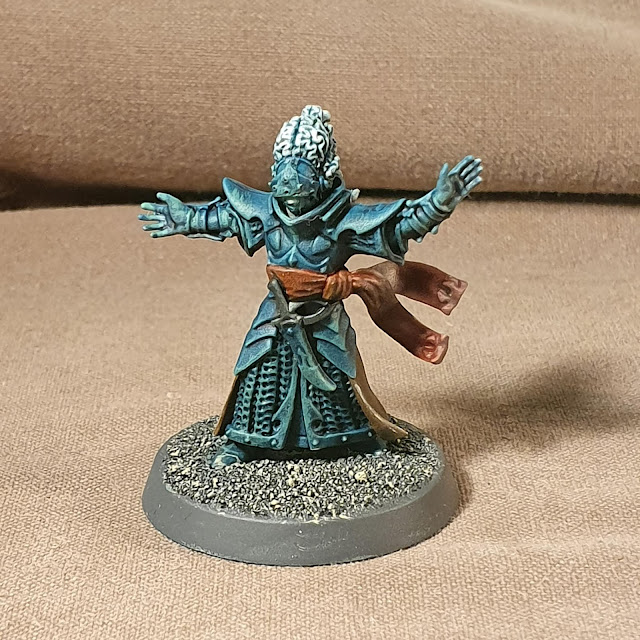 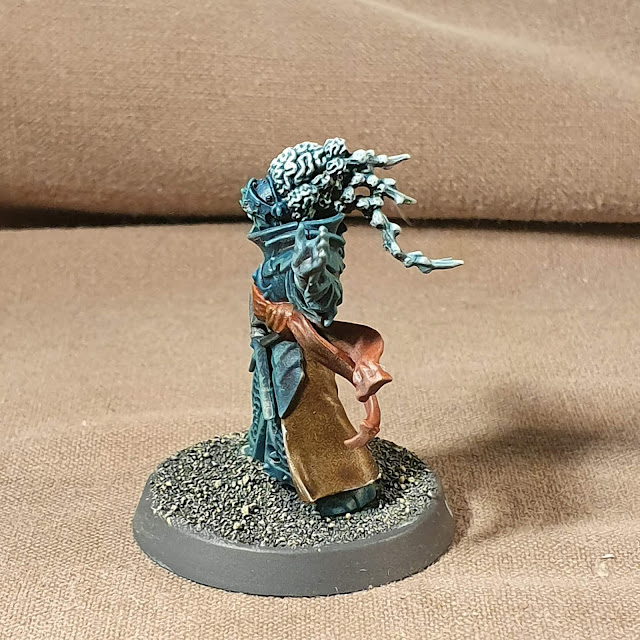 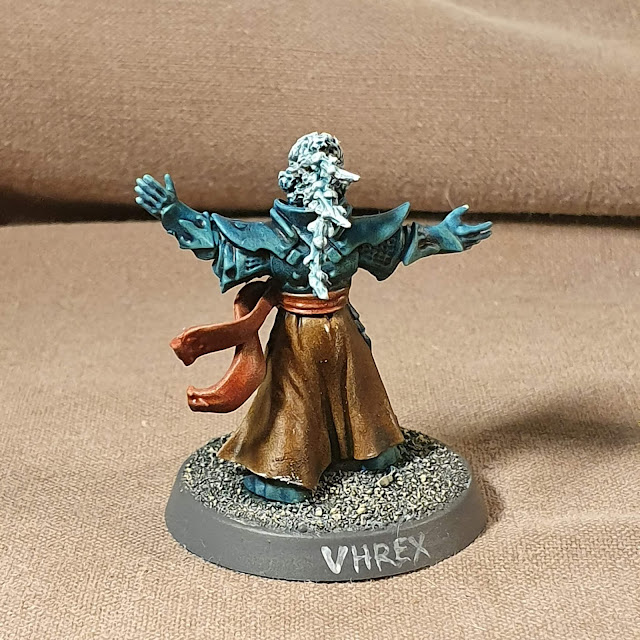 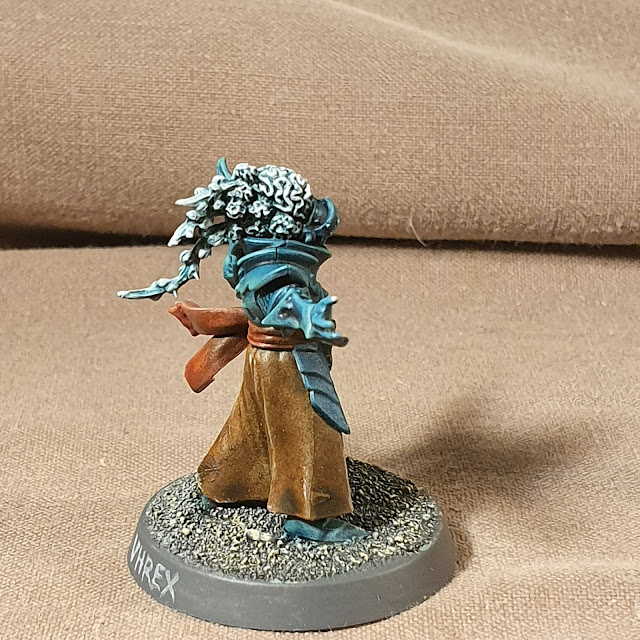 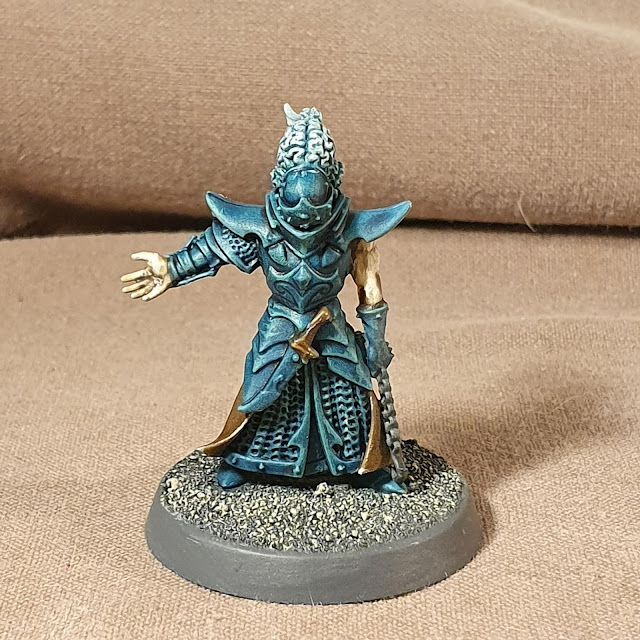 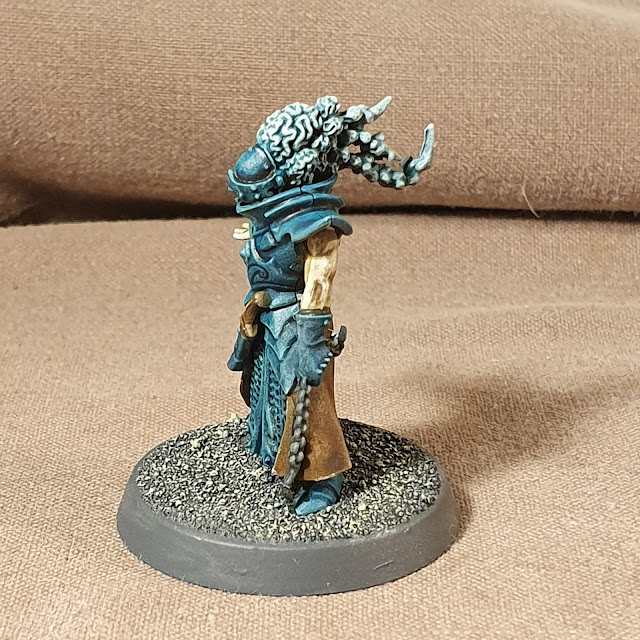 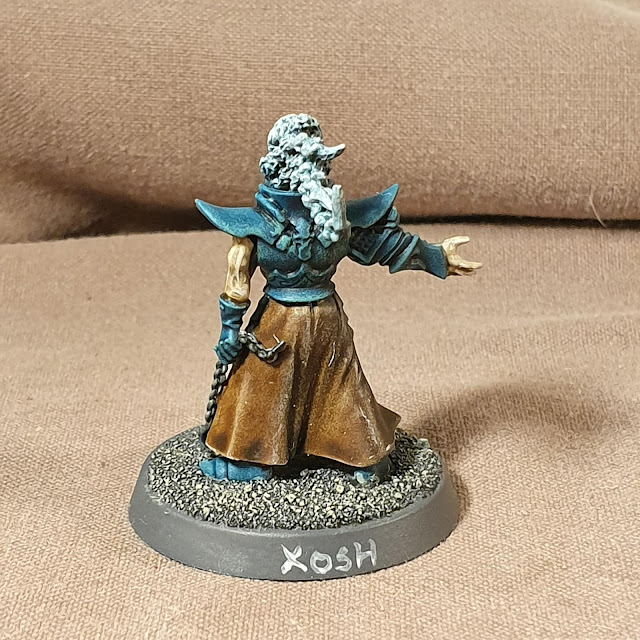 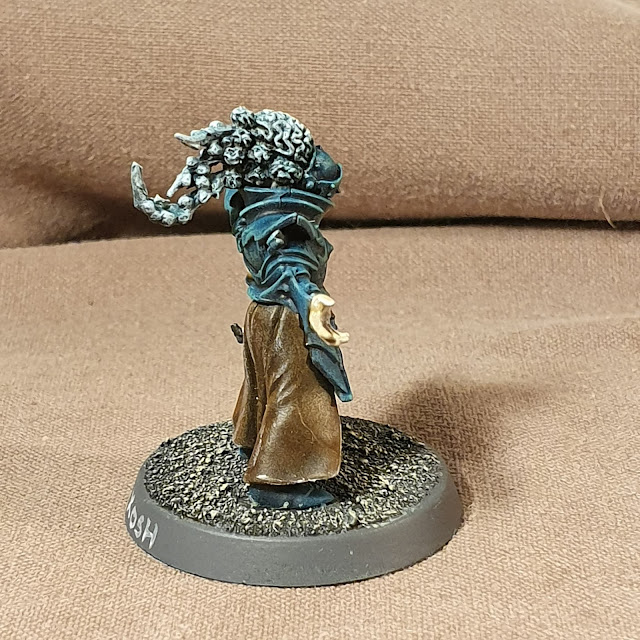 This unfortunate is made from a Dark Elf Blood Bowl Player with a Wych's head and hands. He is an unarmed Drukhari civilian "drug-mule" with chemical injectors in his back. He is part drug-transport, and part drug-factory. Drukhari drugs are... esoteric. 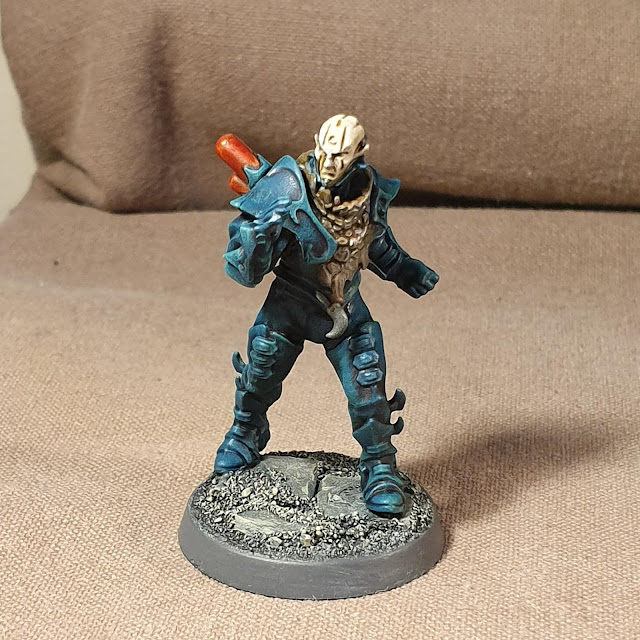 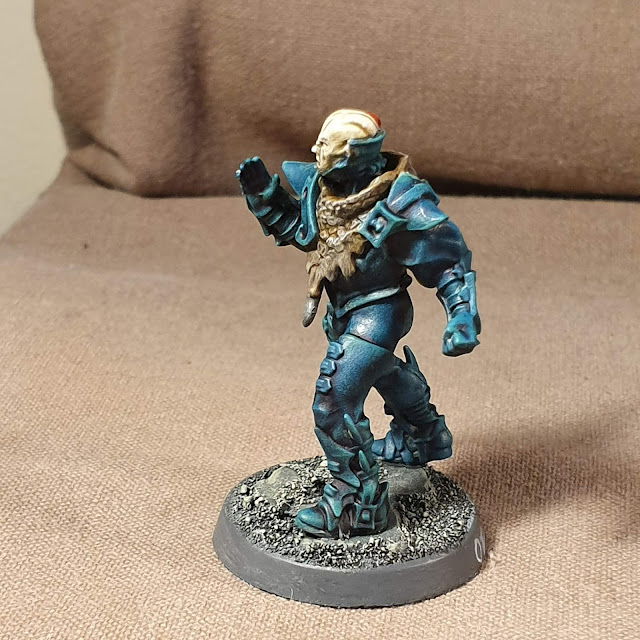 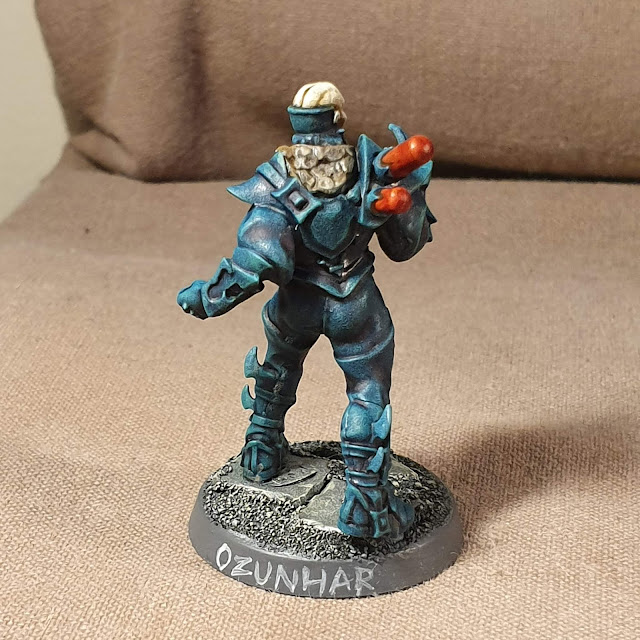 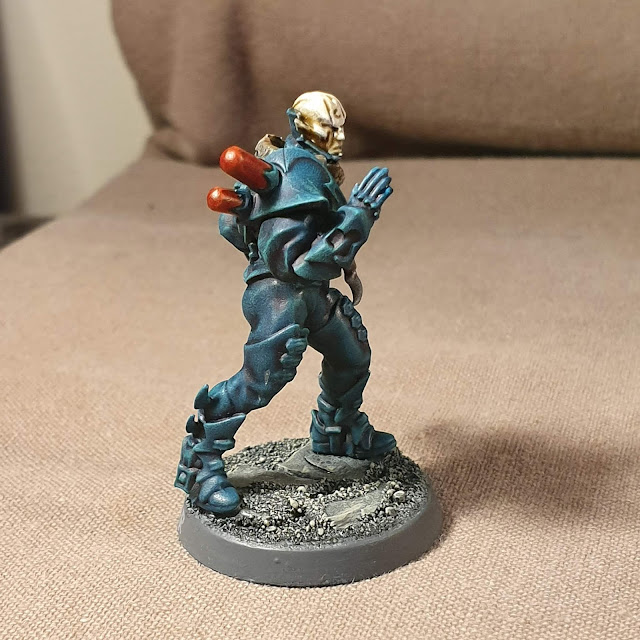 The Cauldron of Souls

Though Soul-Traps vary in size and appearance, from pyramidal prisms to jewelled skulls engraved with vampiric runes, they all have one ghastly function; to capture the soul of a powerful enemy within its confines and empower the owner with the stolen energies.

The idea for this came from Castigator's version of it on his blog post here. 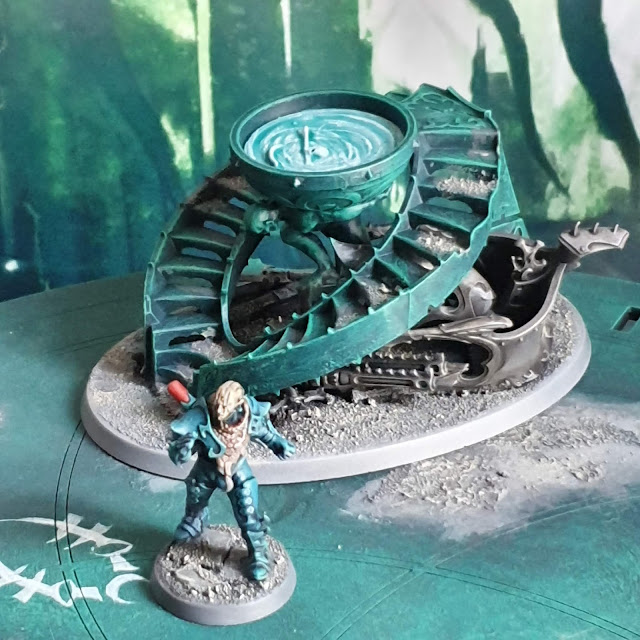 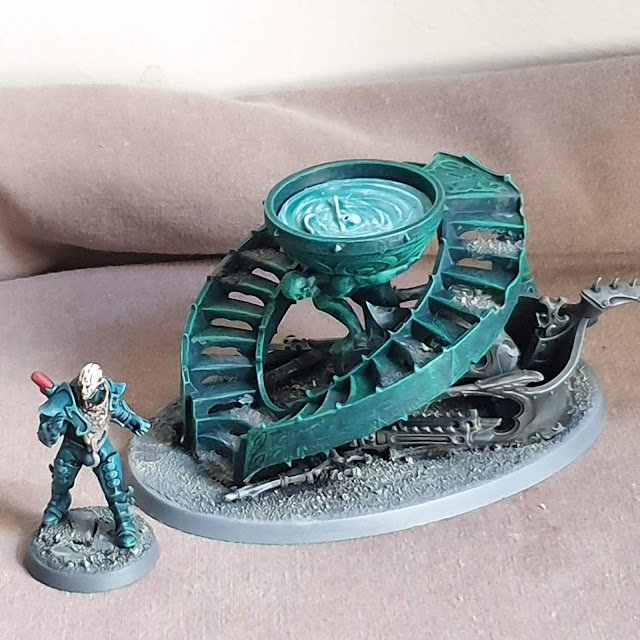 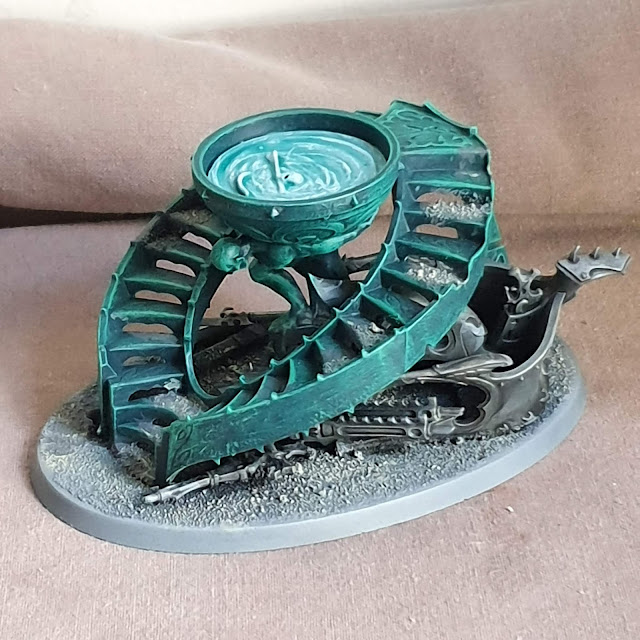 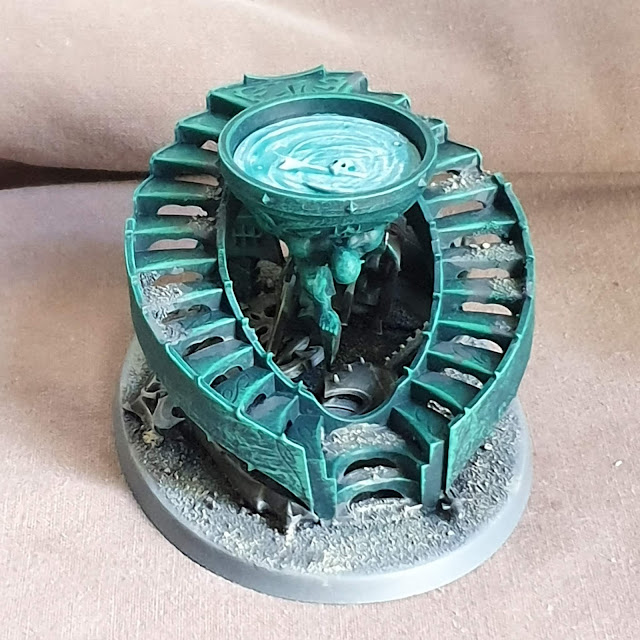 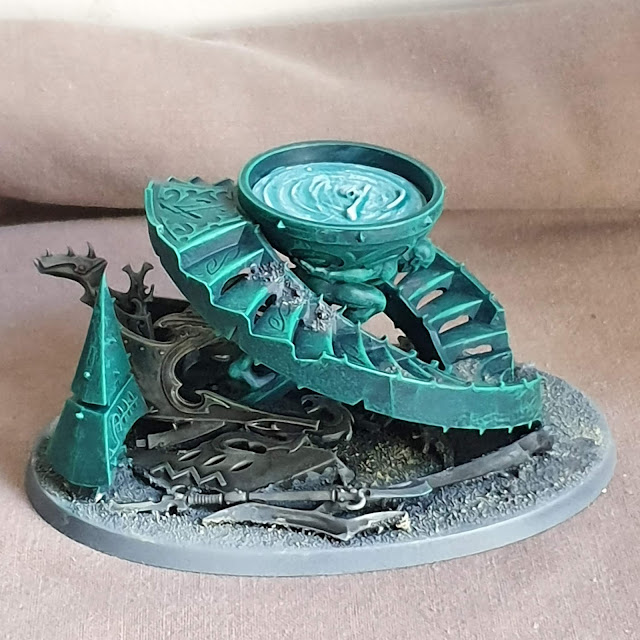 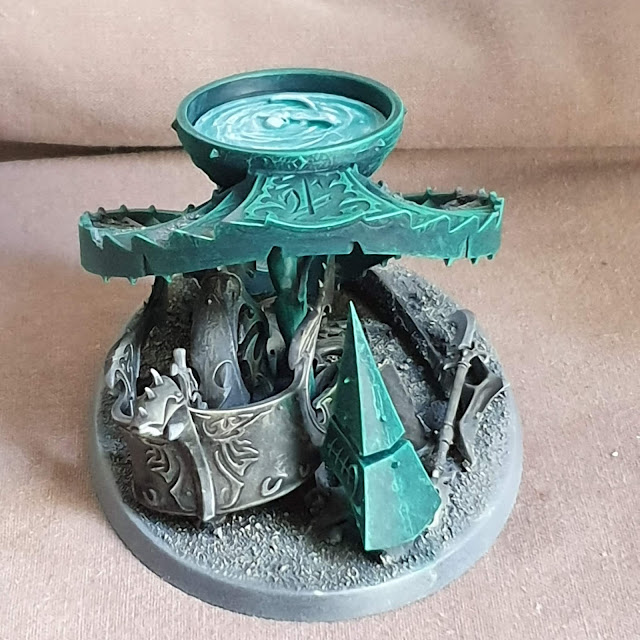 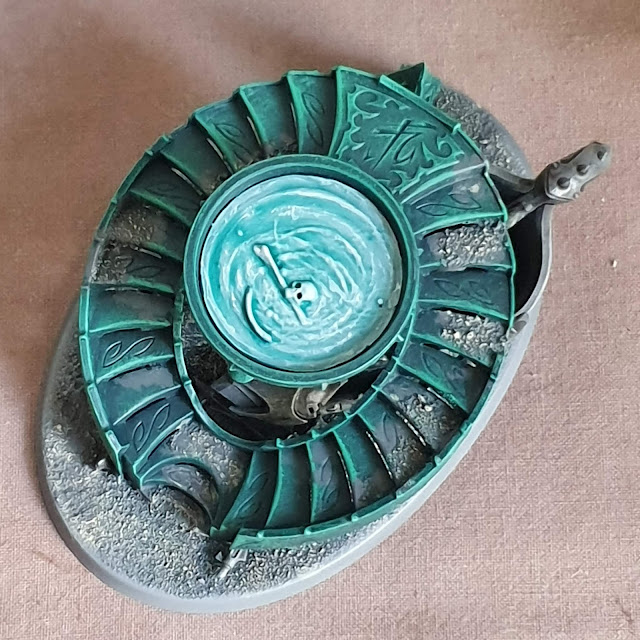