The city-sized Tor nearest to the Gates of Ferrugo Pass was called the Cauldron. It walked endlessly across the rock-strewn red-orange sands, searching for promethium. A towering conglomeration of industrial ruins and ancient machineries.

Inside its shadowy corridors ancient systems, that had been long dormant, came online. A distant generator coughed and spluttered then began to hum. Warning lights flickered into life. Creatures that were once human stirred from their artificial slumber. Chemicals were injected into their blood that brought them to consciousness and roused their anger.

They are mostly Sicarian Ruststalkers with extra left arms from AoS Sylvaneth Tree-Revenants, leftover bits from my Belisarius Cawl conversion (the cylinder things on their backs and some cabling) and greenstuffed robes. One also got an extra right arm made from cobbled-together Sicarian Infiltrator parts. 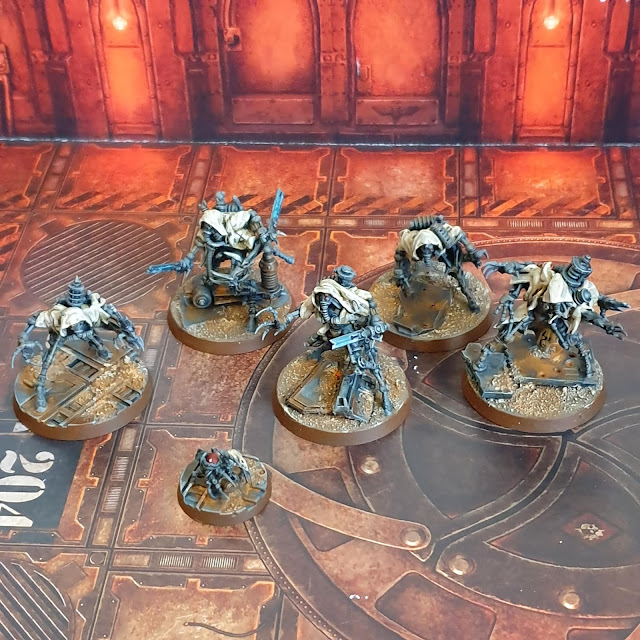 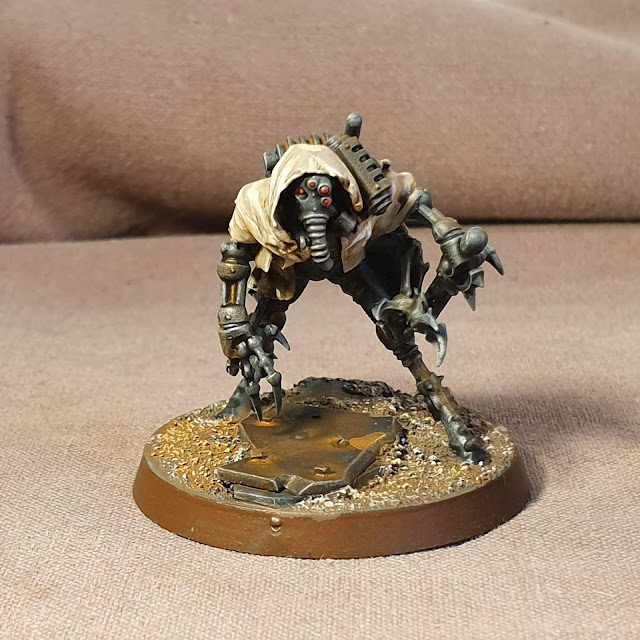 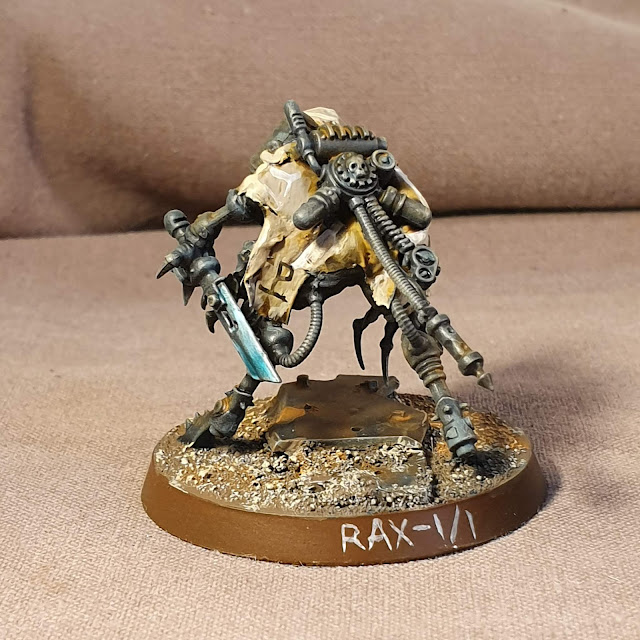 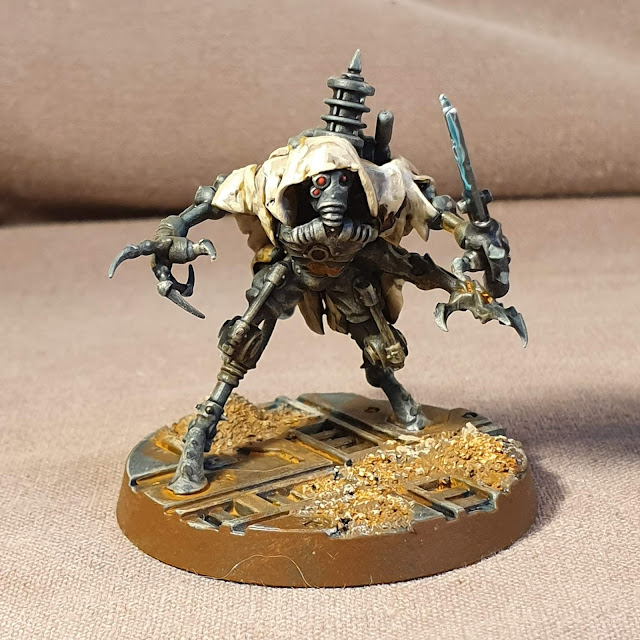 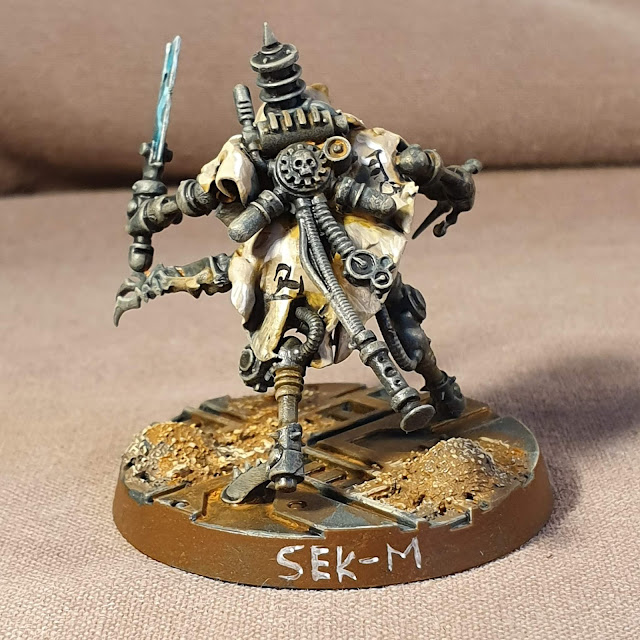 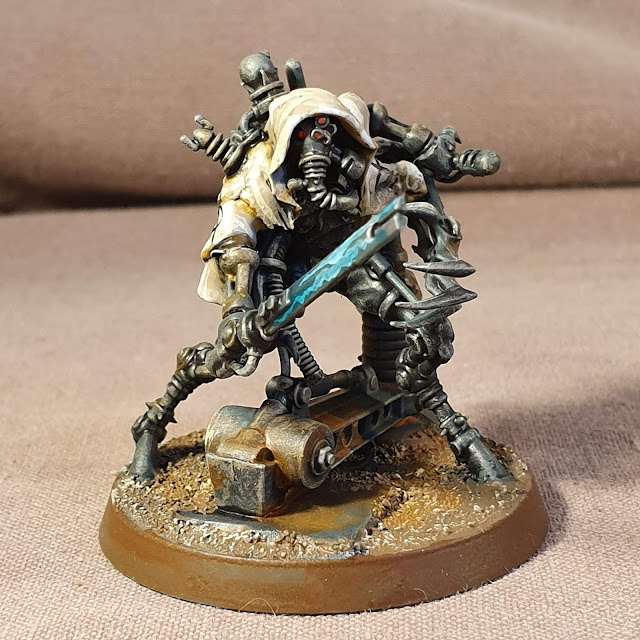 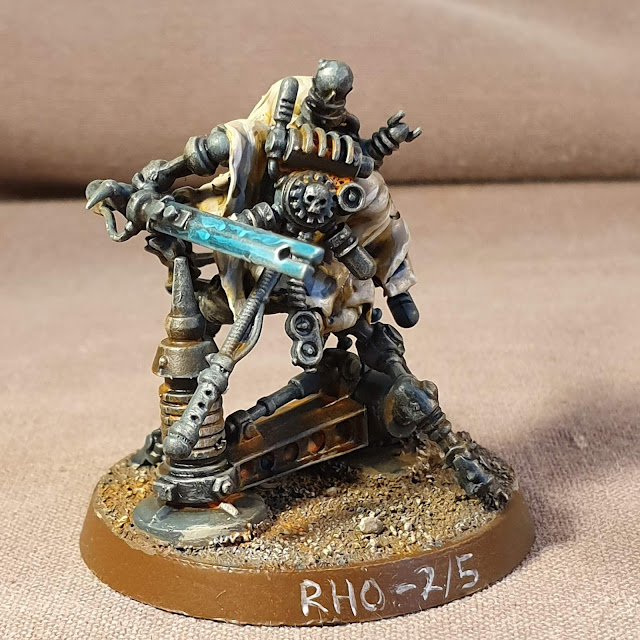 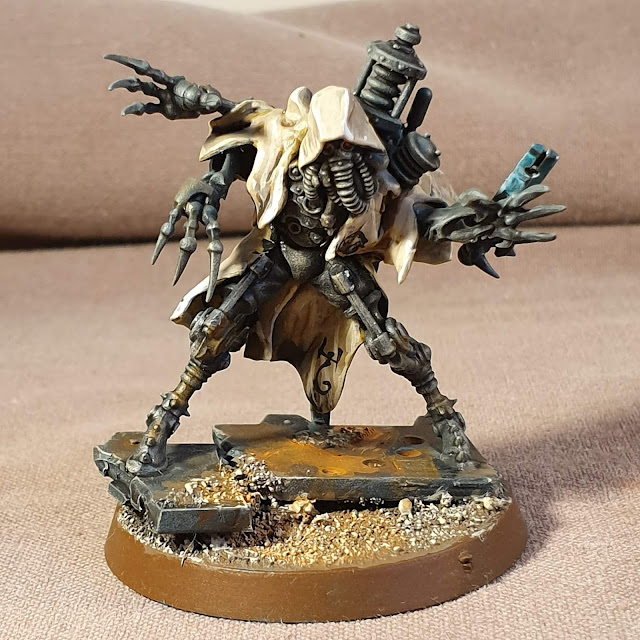 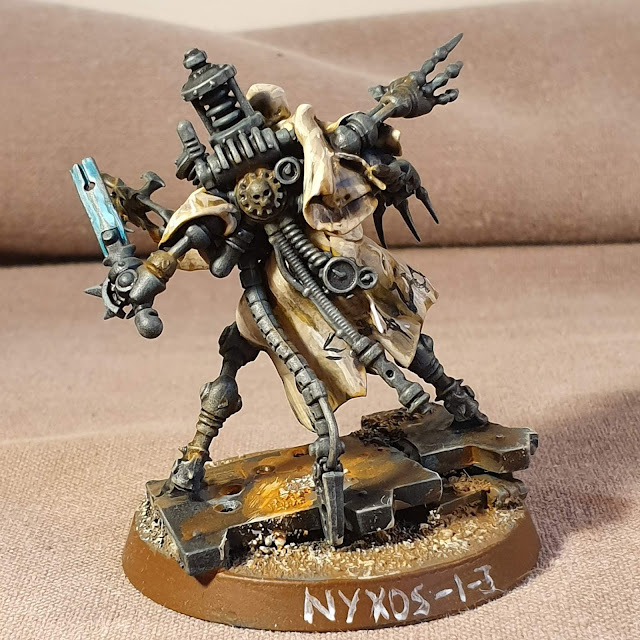 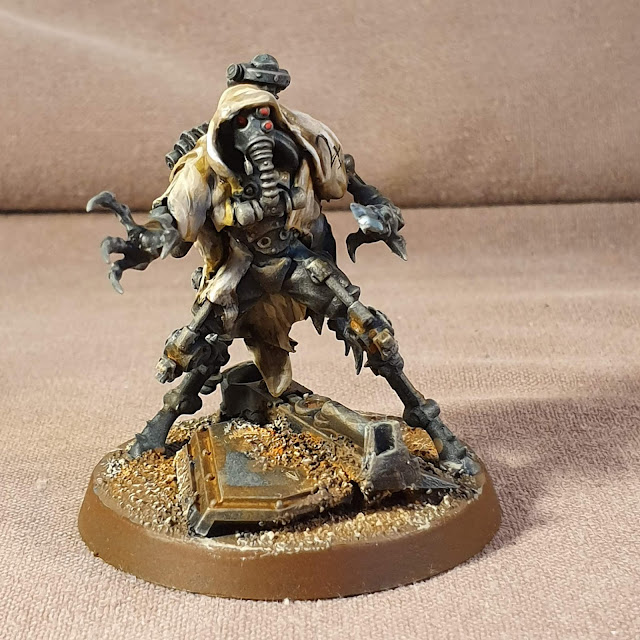 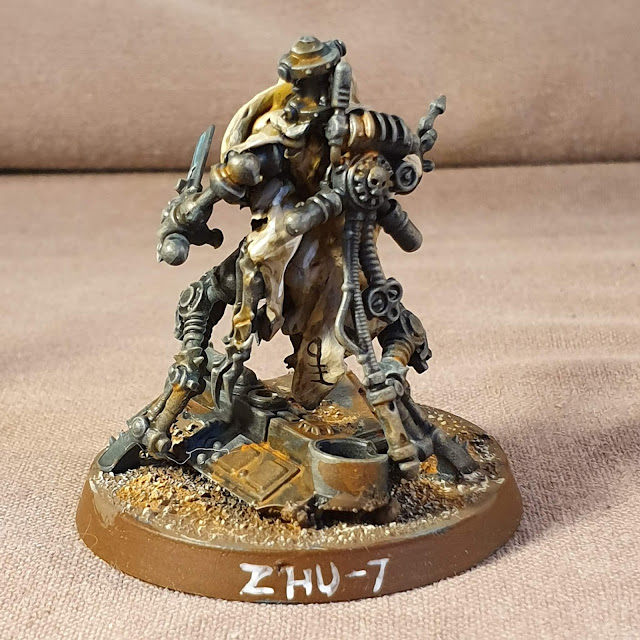 And the little bird-spider-bot-thing. Also leftover bits from my Belisarius Cawl, plus a bird skull from the Citadel Skulls box. 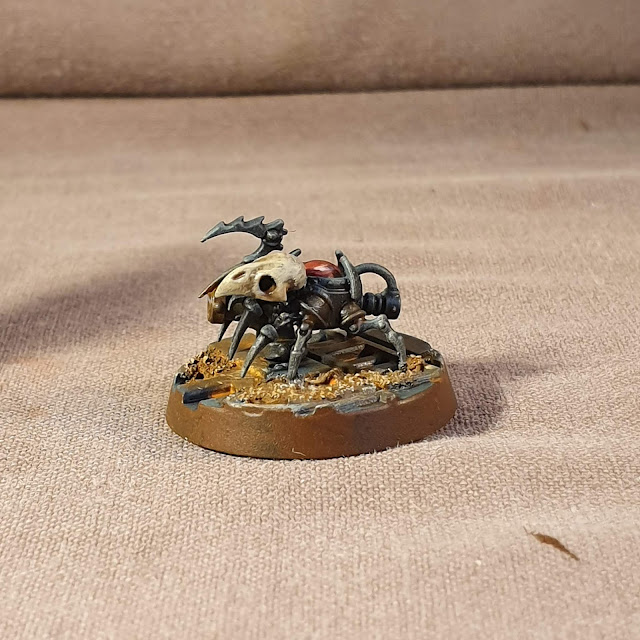 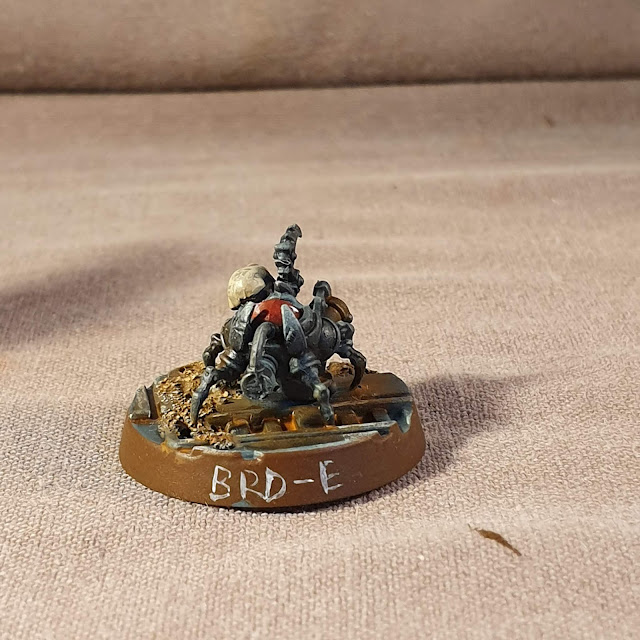 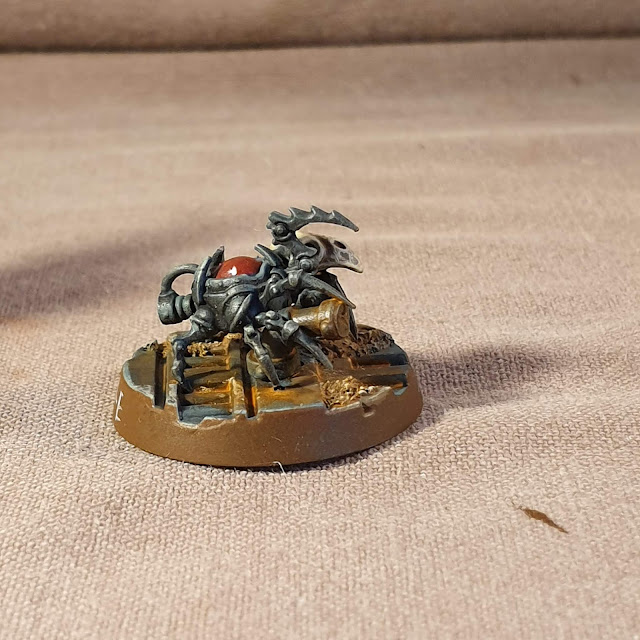 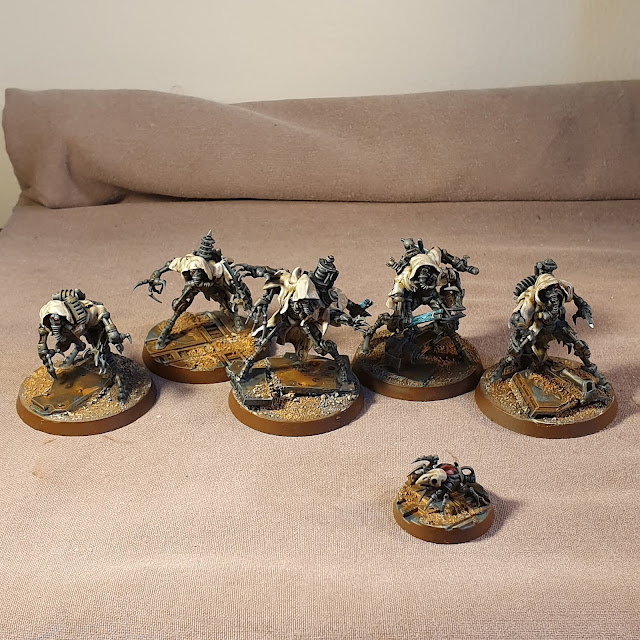 The plan is to use these models as NPCs for one of the forthcoming Ferrugo Pass campaign games. They will be "Counts-As" Genestealers for rules purposes (as Sicarians are a little too tough in Kill Team for the role they will play!). They will probably be recycled a few times during the game in a seemingly endless stream of mecha-gribblies to torment the invading warbands in the darkness within the Tor! 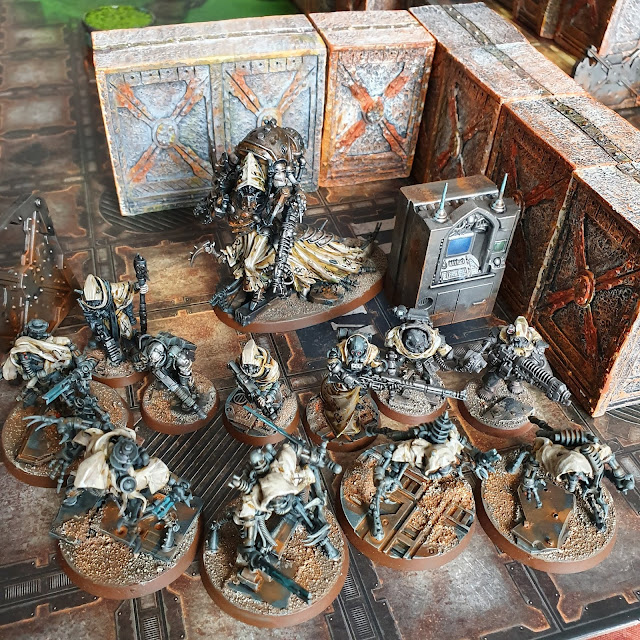