At the Behest of Another


The common folk of Wörtbad have been hoarding Realmstone on the instruction of an unknown master. Surely, it would be safer in the hands of capable warriors? (Skirmish Battleplan: Treasure Hunt) 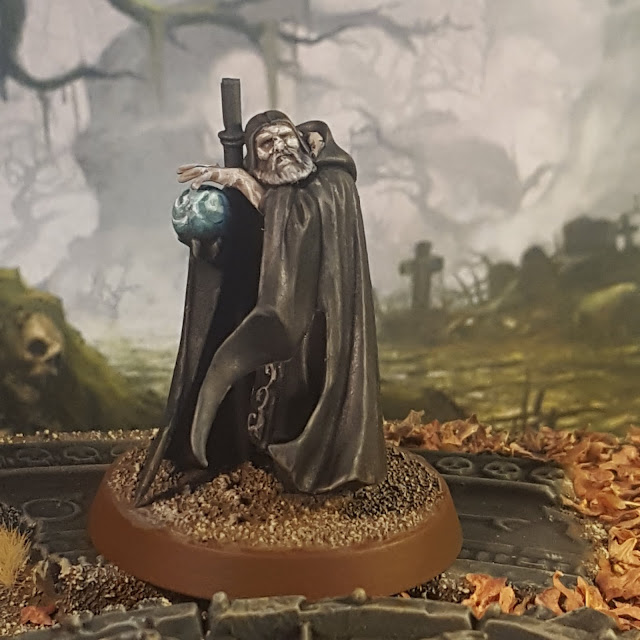 Juan Dee looked over his shoulder one last time then made haste, away from Fallow’s End House. Soon someone would find his message and share the fell news with their neighbours. In a matter of days the work would be begun. He hurried to tell the Rotmoons' shaman El Doctoro that the seed was planted and the crop would soon be ready for harvest. 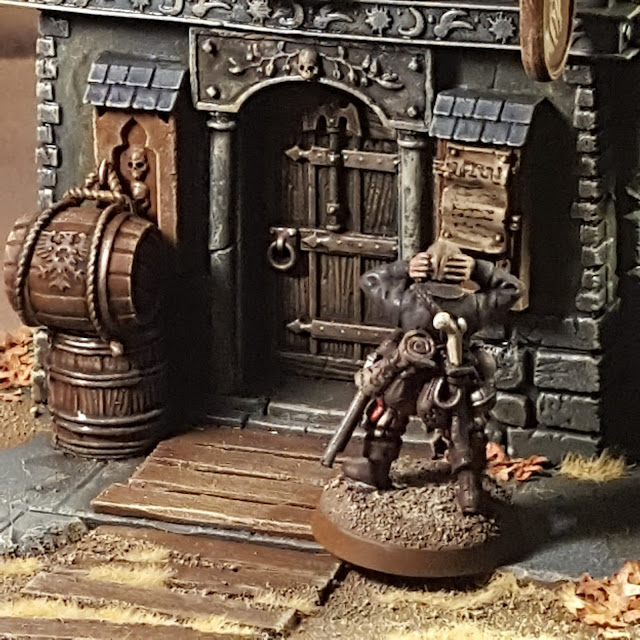 Mattius Caboteur's heart sank as he read the notice. He wondered if he could convince the other villagers to help with the dreadful task. Fear of the consequences of failure in the eyes of Nagash was a powerful motivator but was it enough to outweigh the dangers of collecting Shyish Realmstone? 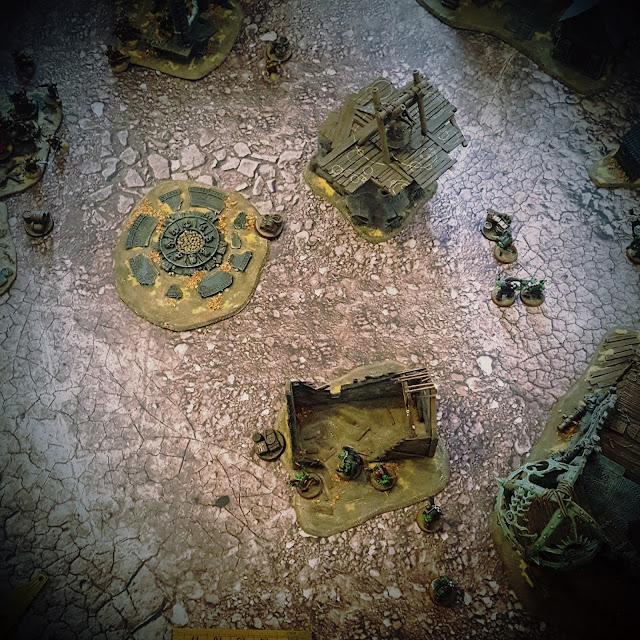 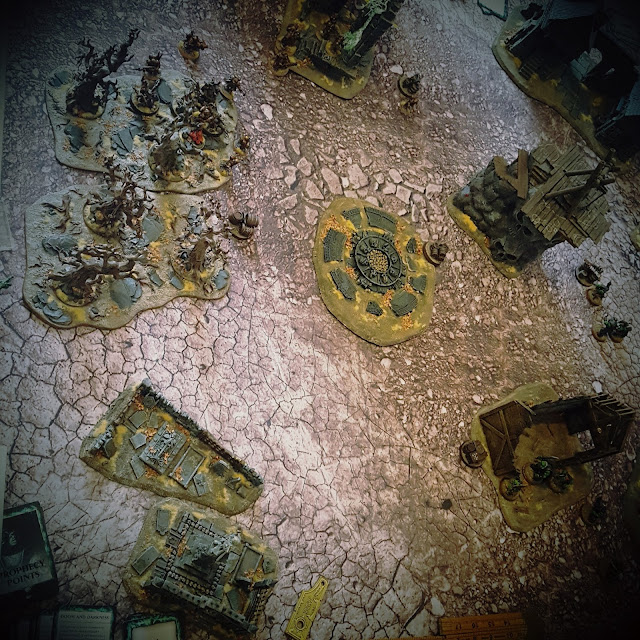 Admiral Grungi Gunnerson and the crew of the Raidho Othala swarmed out of the Realmgate. 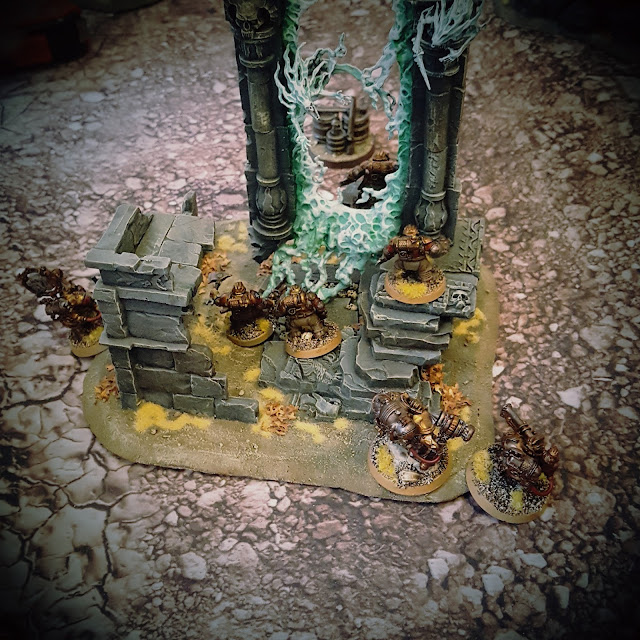 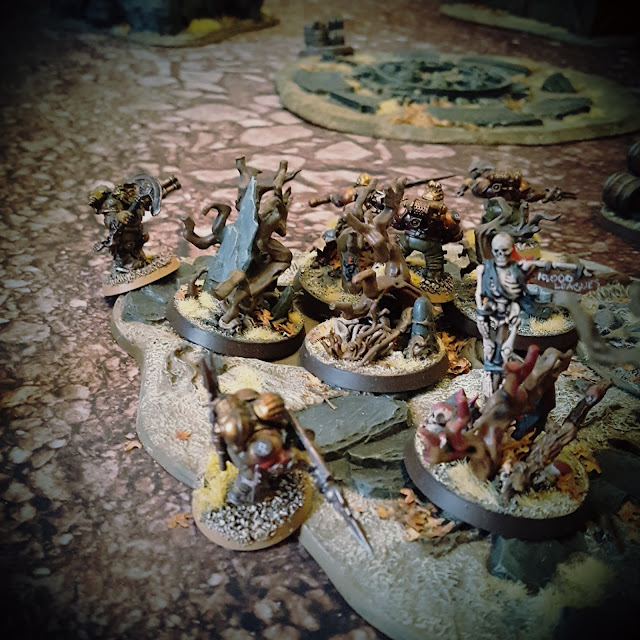 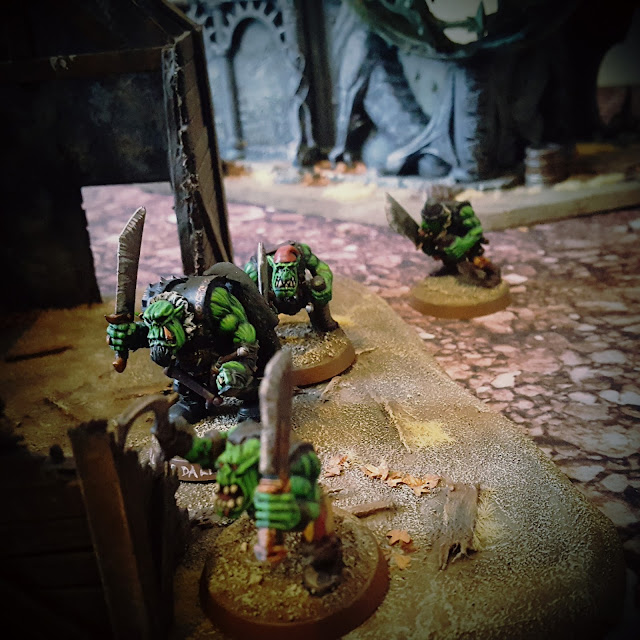 Kapitán da Leeva and some of his followers rushed from the Charybdis Occulum toward the ruined barn. The orruk privateer was livid; the stupid villagers had obviously asked for outside help. Their fear had got the better of them in ways El Doctoro had not imagined! 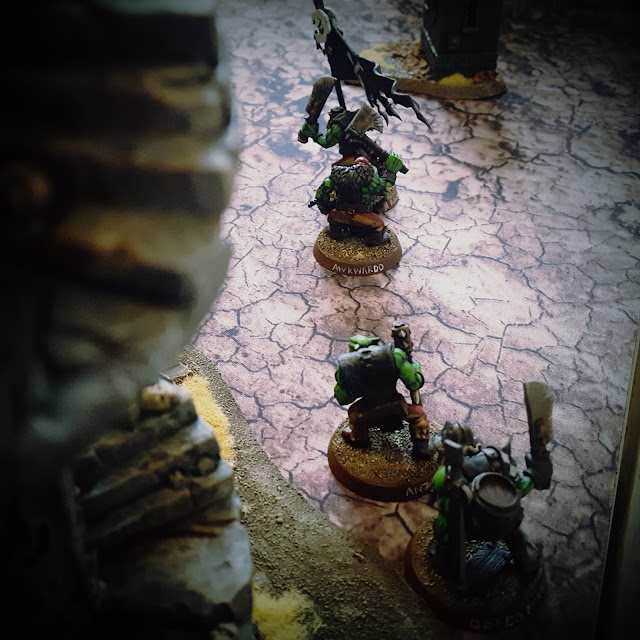 Some of the other Rotmoons followed Walta Rally and Awkwardo, and headed toward the Realmgate. 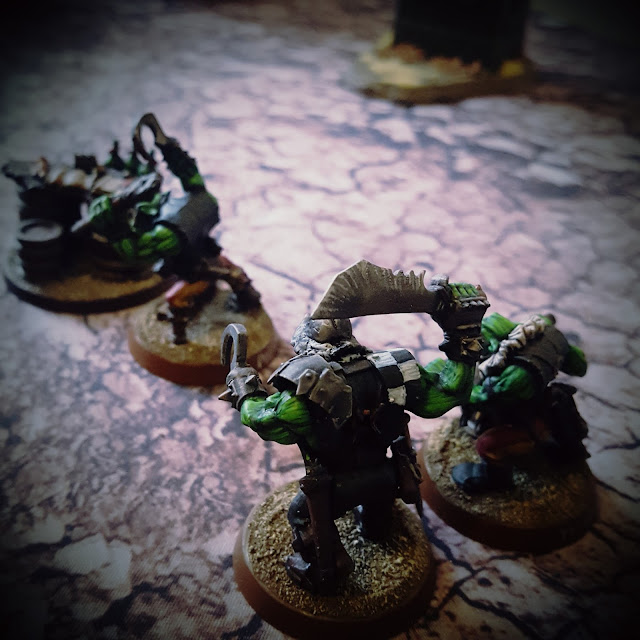 Dragante took the rest of the crew past the Hurricane Bell. 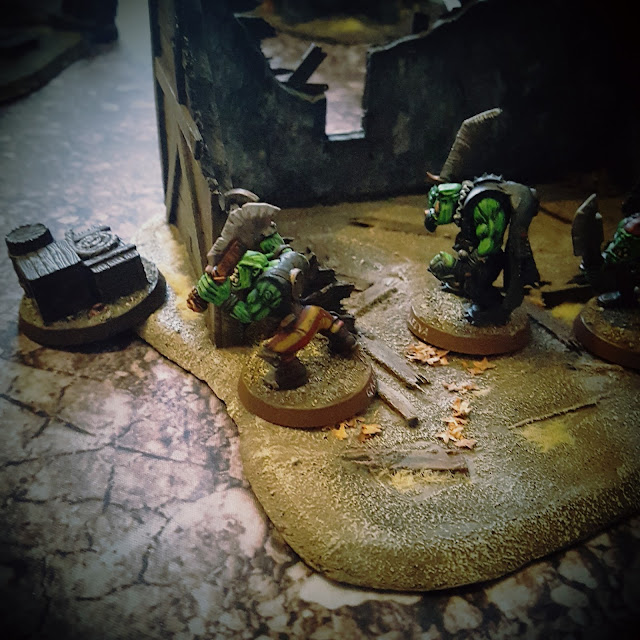 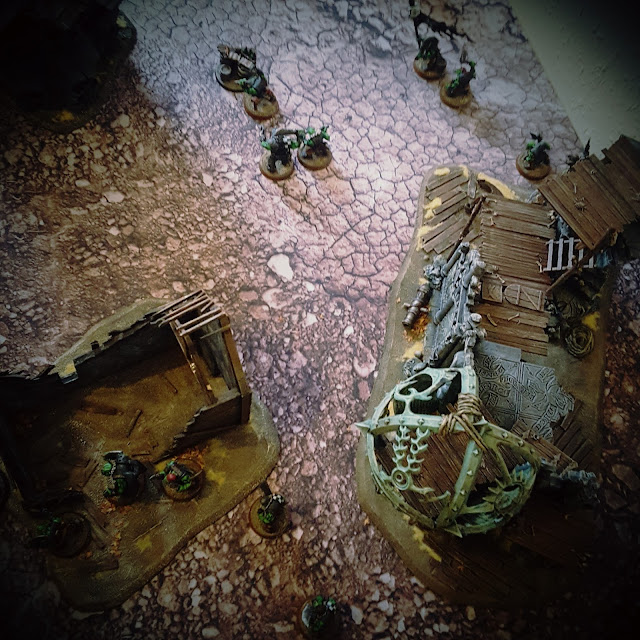 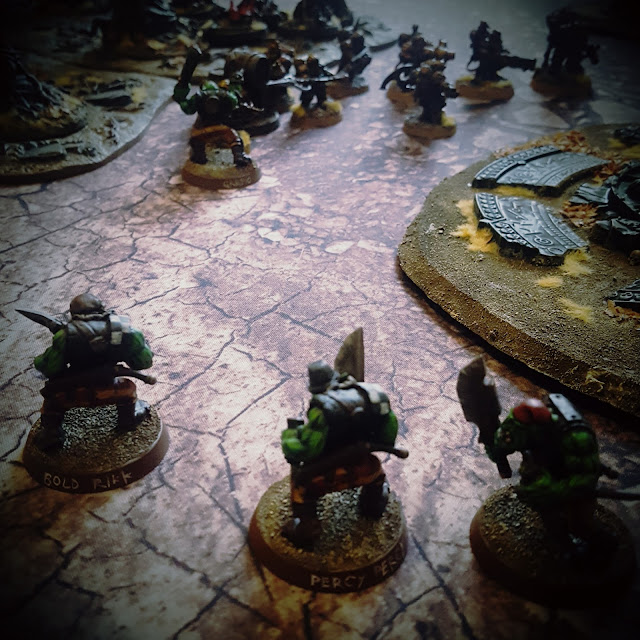 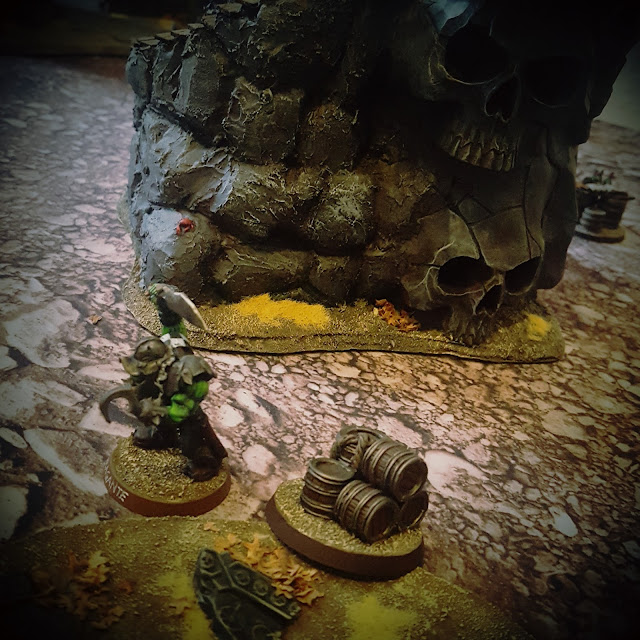 An Invisible Geist surged out of the skull-cliff of the Hurricane Bell, passed straight through Dragante and stopped his heart! 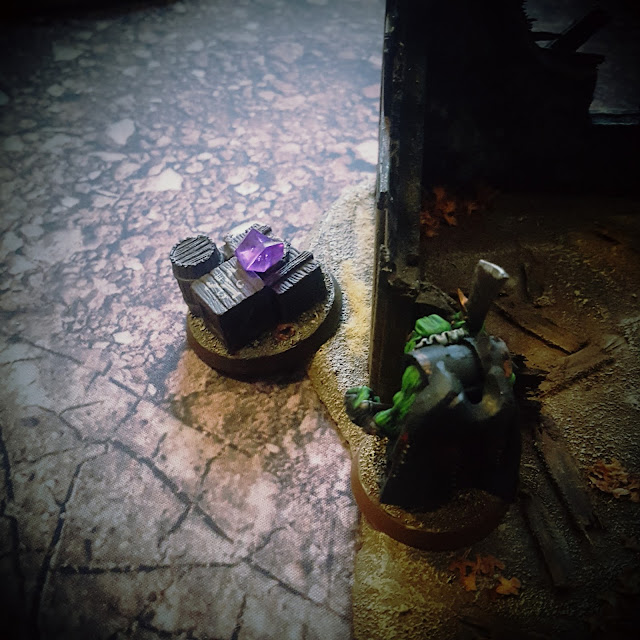 The Rotmoons were the first to find a cache of hidden Shyish Realmstone (and Kapitán da Leeva was relieved that the day was not entirely wasted). 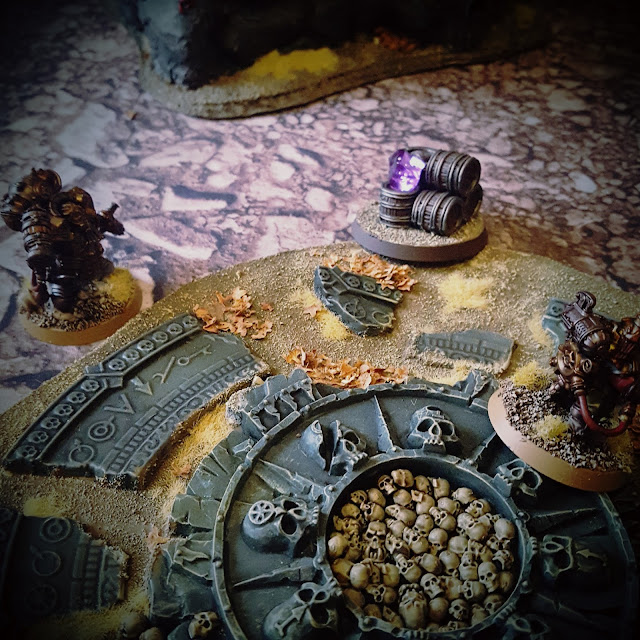 But the Raidho Othalas find one straight after them! 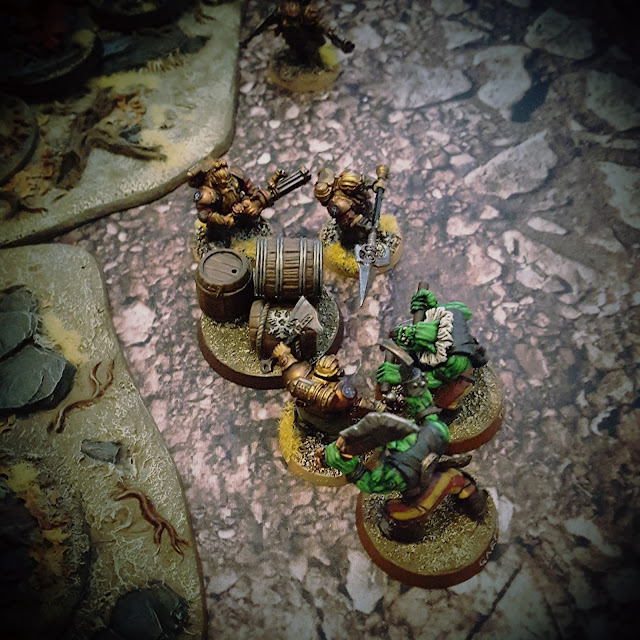 Tambor, the Rotmoon's drummer, was skewered by an Arkanaut. 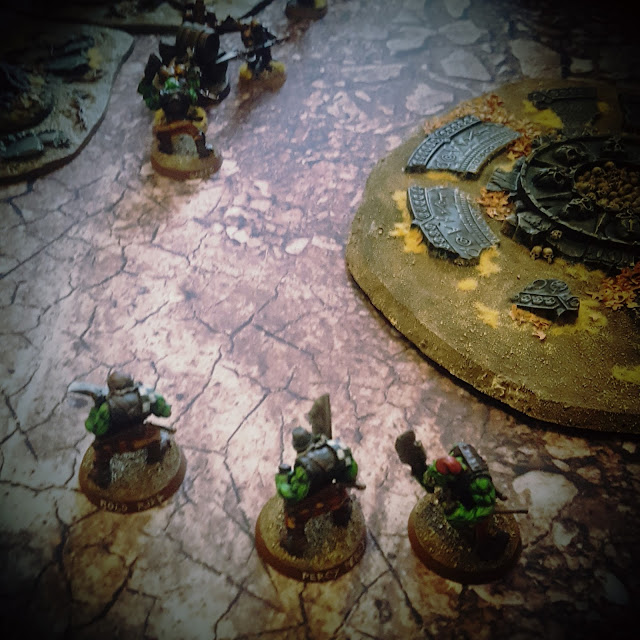 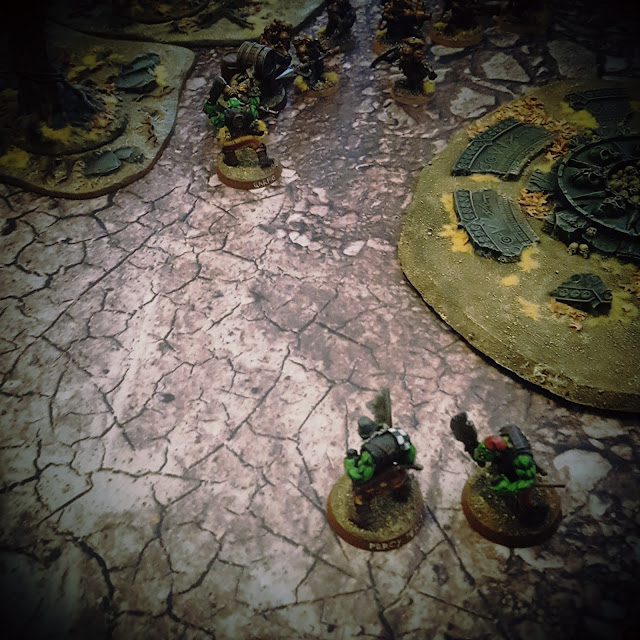 The other orruks in his group were lucky to be missed by the stuccato fire of the volleygun but Percy Percy was blasted by a Thunderer with an aethercannon. Dudoso was picked-off by the Grundstok Gunnery Sergeant. 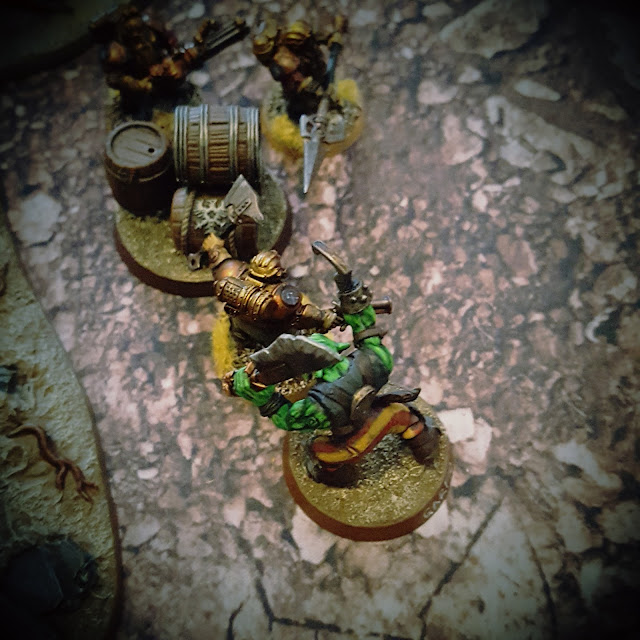 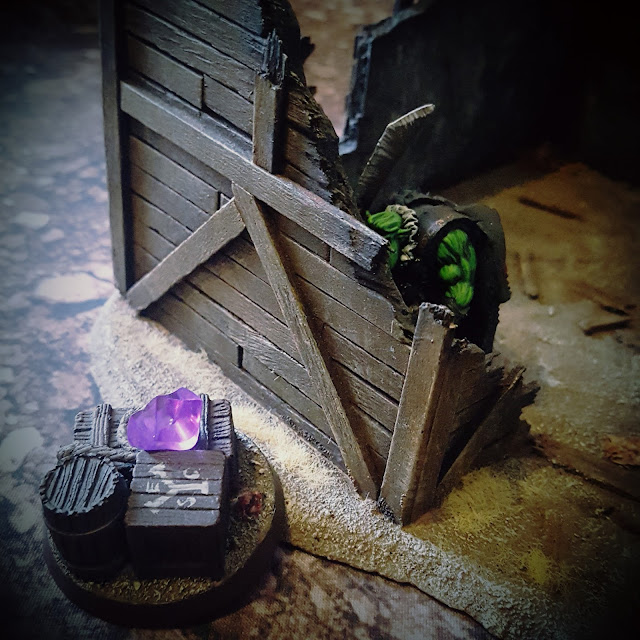 Kapitán da Leeva stepped inside the ruined barn as volley after volley of Kharadron fire whittled down his crew. 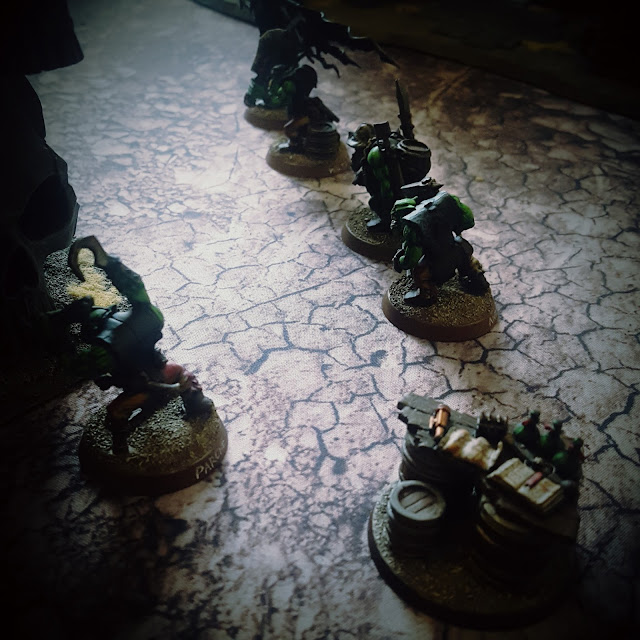 Through sheer luck, Awkwardo withstood the vast barrage of focused Arkanaut company pistol fire aimed at him, only to fall at last when a mortar round landed next to him. As a result of this Walta Rally, Anzuelo and Geedo fled. 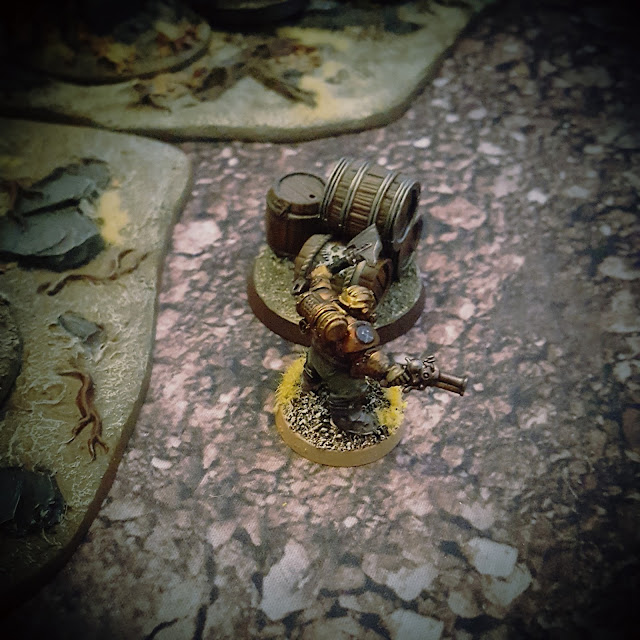 An Arkanaut spent a suspicious amount of time "searching" through a stack of barrels but found no treasure. 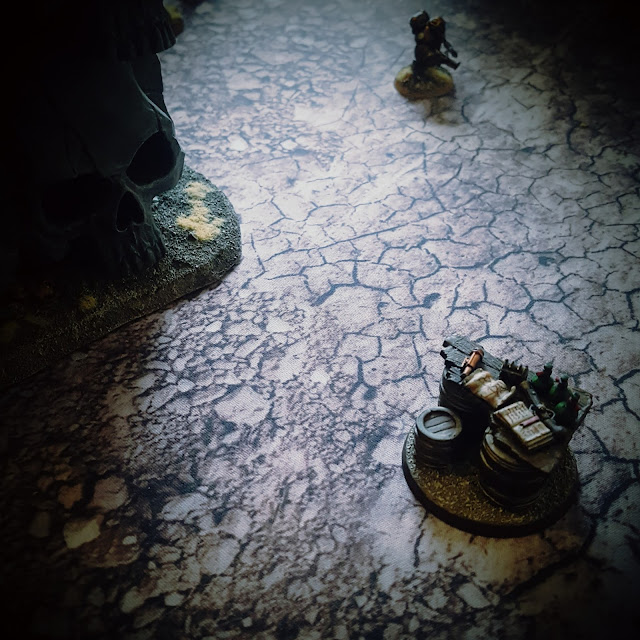 Parche tried his best to hide but the Arkanauts outflanked him and shot him under the skull cliffs. 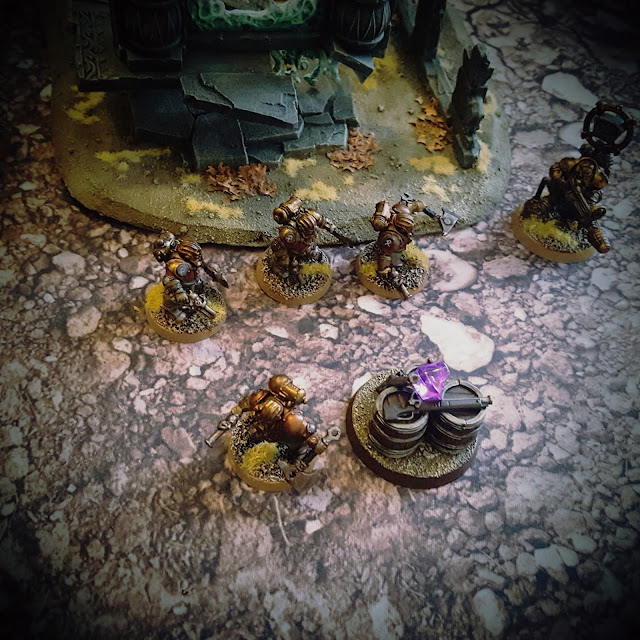 The Raidho Othalas found their second cache of Realmstone. 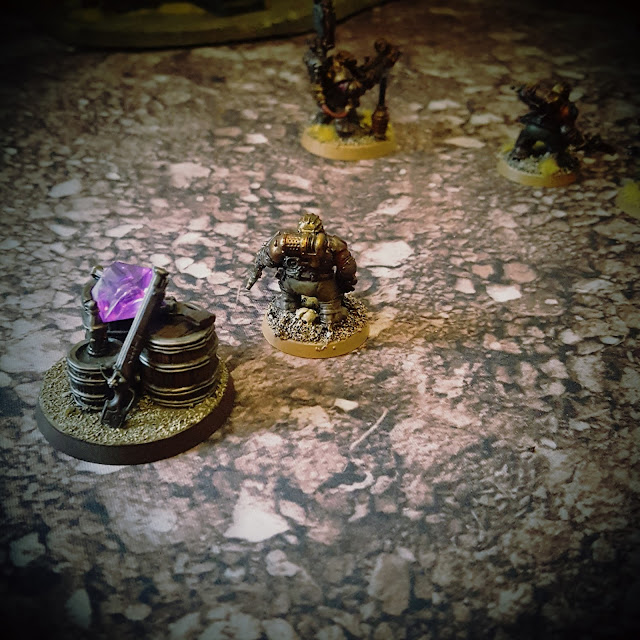 The Admiral left one Arkanaut to guard it and the rest of the company charged forward to try and claim Kapitán da Leeva's find... The Kapitán took his loot and slipped into the darkness beneath the trees.

At the last moment the Kharadron avoided a draw (even though they had killed all-but-one of the orruks!) and won a Major Victory: holding 2 Treasure caches to the Rotmoons' 1.

Meanwhile in another part of the Harrowmark...
Posted by WarbossKurgan (Saul) at 15:11