The Rotmoon was an orruk pirate ship: A small, fast wooden skyvessel with no guns. It had lots of crudely cobbled-together repairs to its hull, since the shipwreck in the Harrowmark, its bottom was covered in barnacles and weed, its deck was covered in filth and its sides were loaded with baggage. It had a row of red and yellow triangular “dags” painted along its sides. 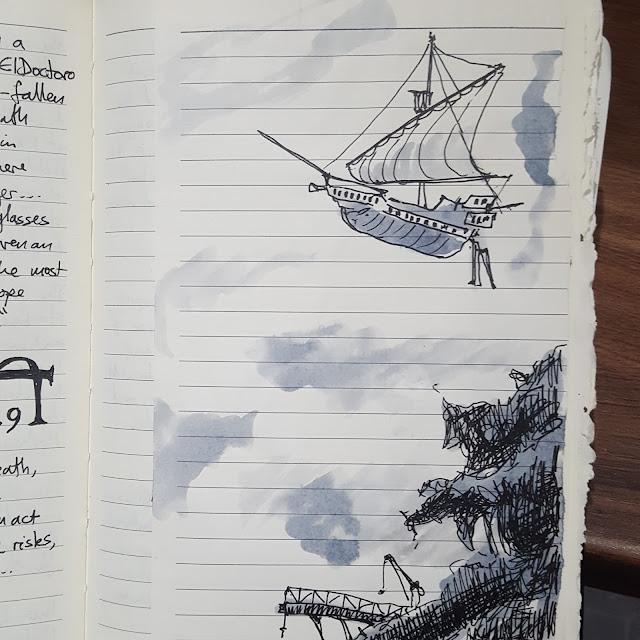 My version (above) of a detail from the background of the Voodoo Forest series sketch by John Blanche (below). 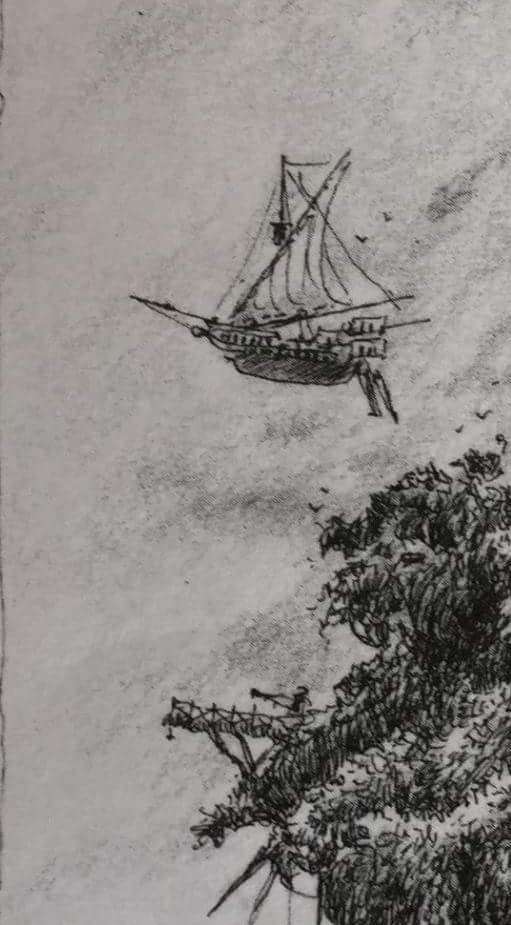 I bought an aquarium shipwreck from eBay that came in two halves and I started "repairing" it using Goblin Town platforms from GW's The Hobbit scenery range. 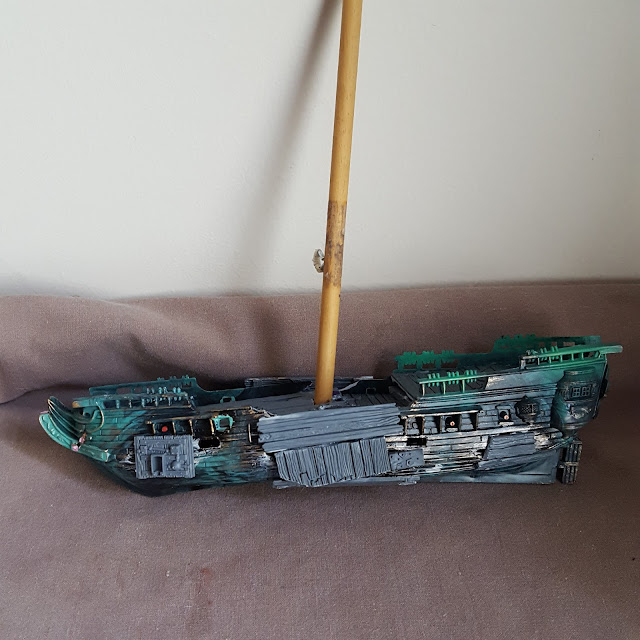 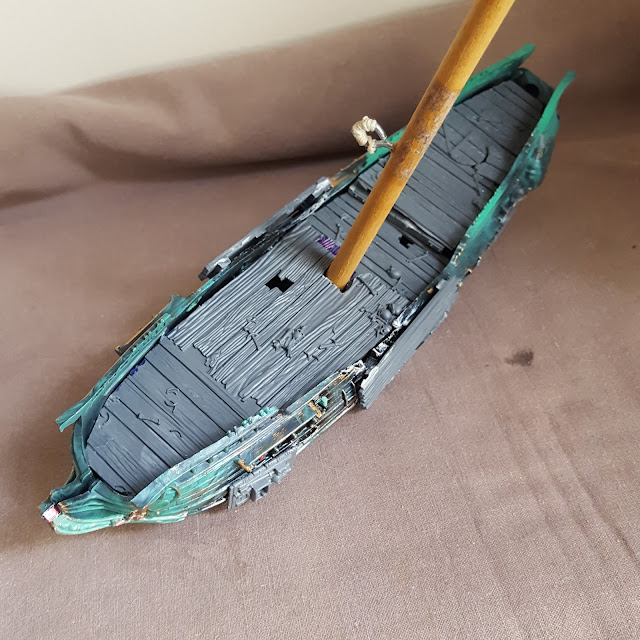 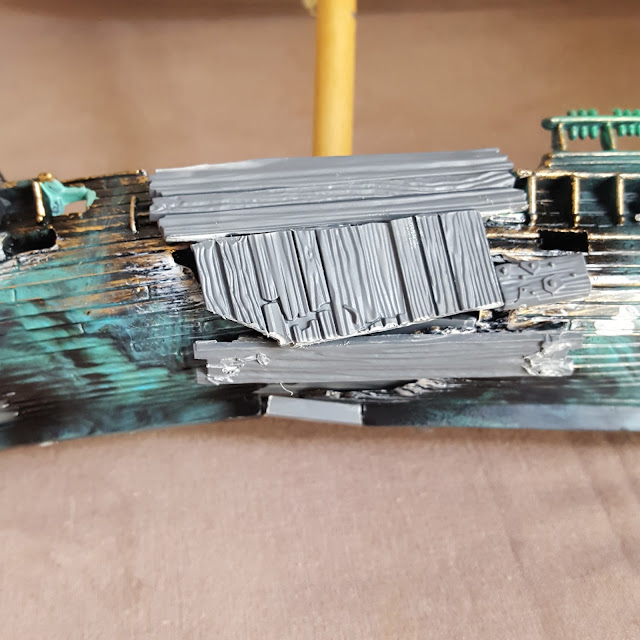 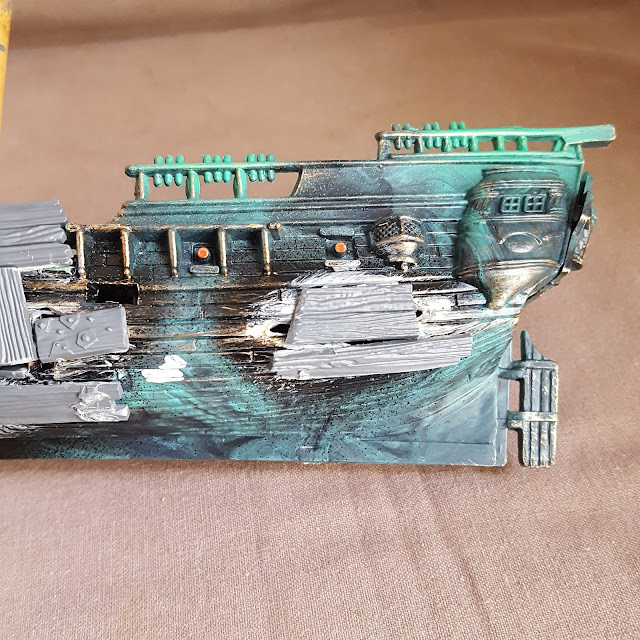 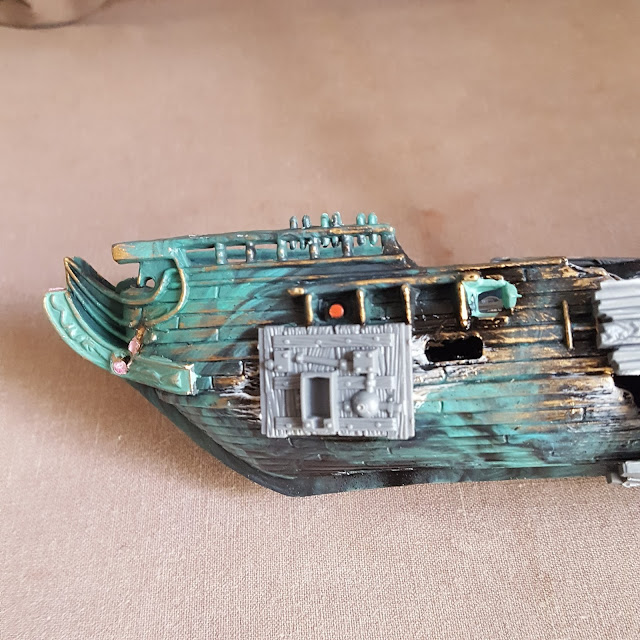 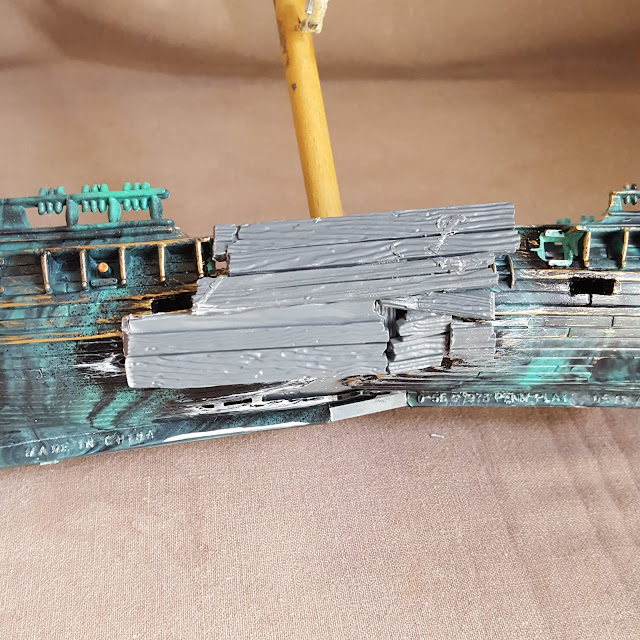 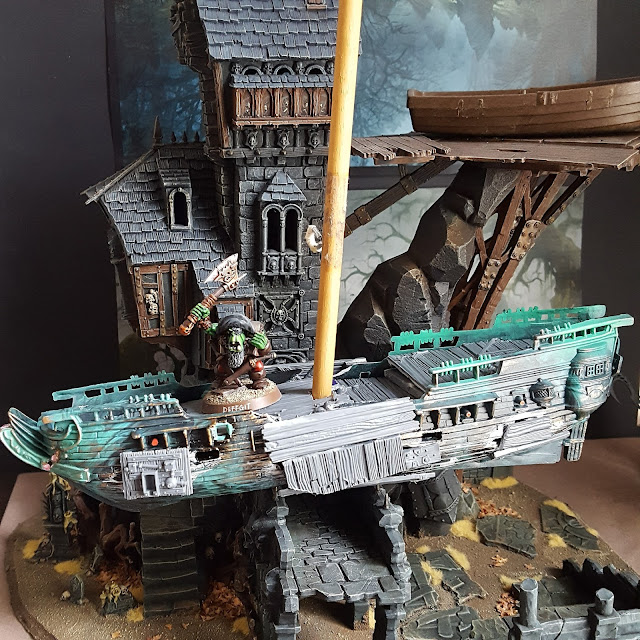 A few days later I got another chance to work on The Rotmoon. I added a figurehead (from a box of bits I was given by a friend - I think it's from the old Forge World Landship kit!) and replaced the dowelling mast with an old paint brush, after Magnus from Utopiaztudioz suggested it. 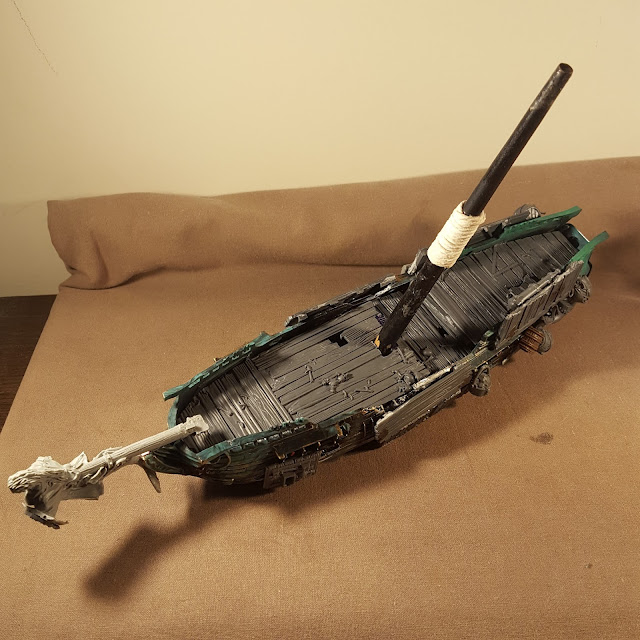 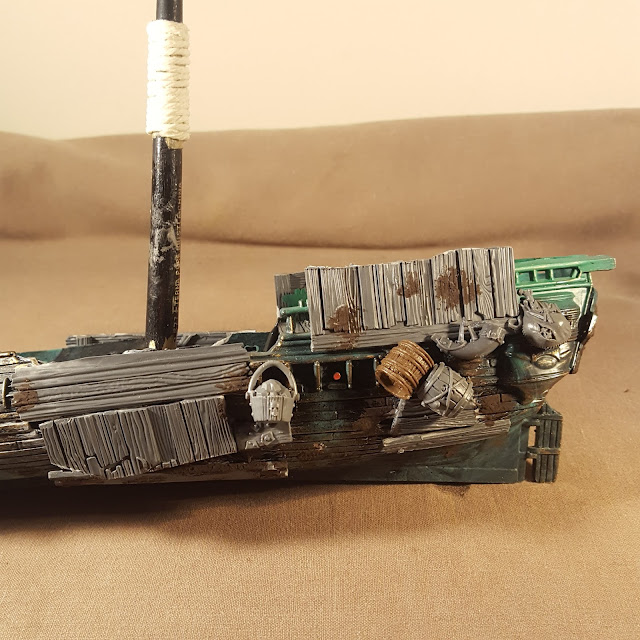 I added some baggage (mostly from Ogor kits) and started the process of adding some filth patches with Typhus Corrosion technical paint. 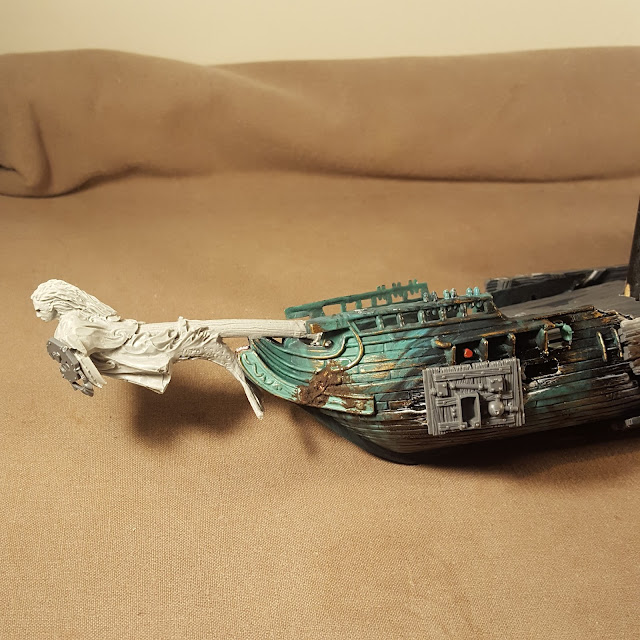 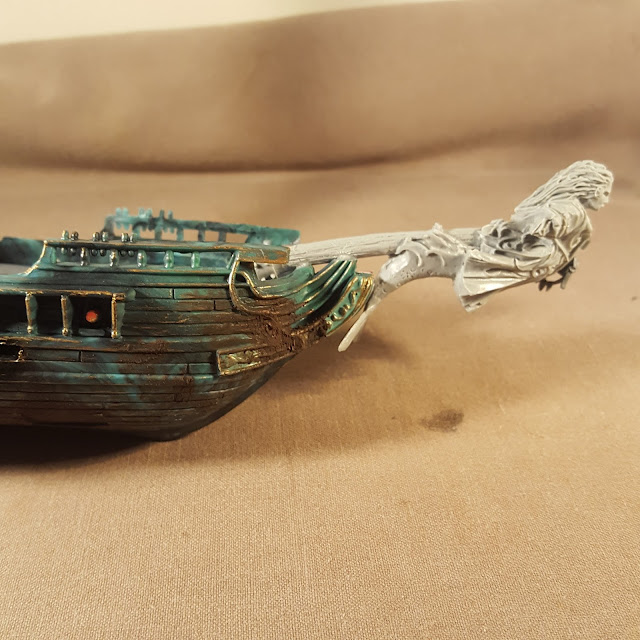 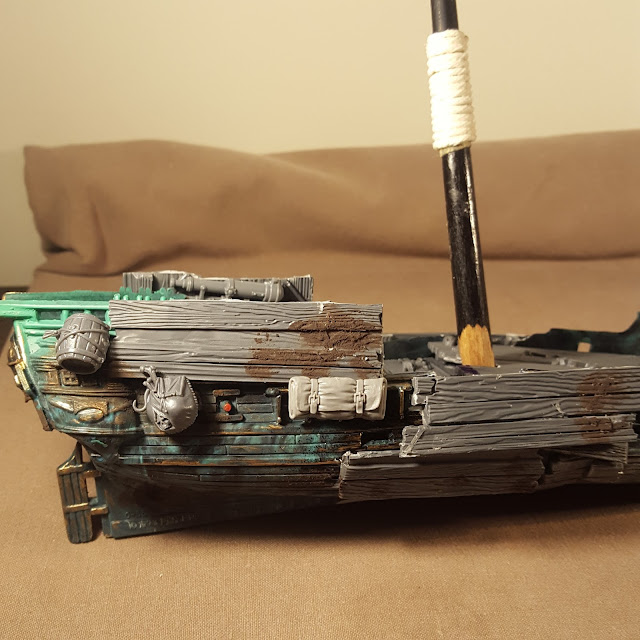 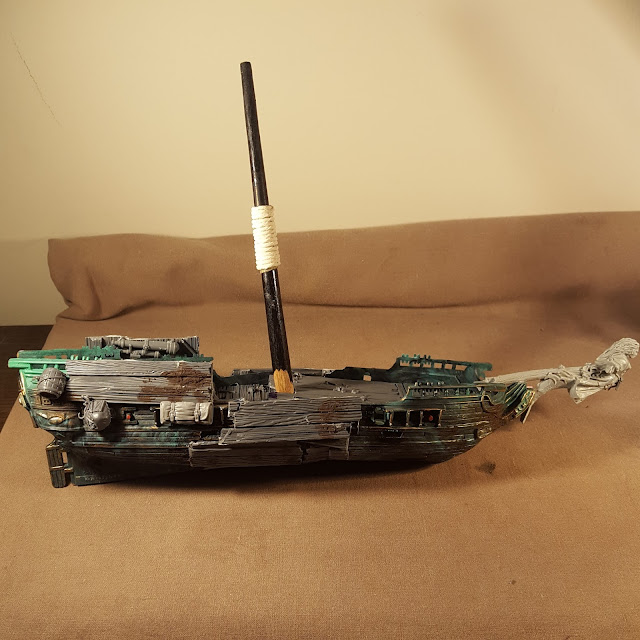 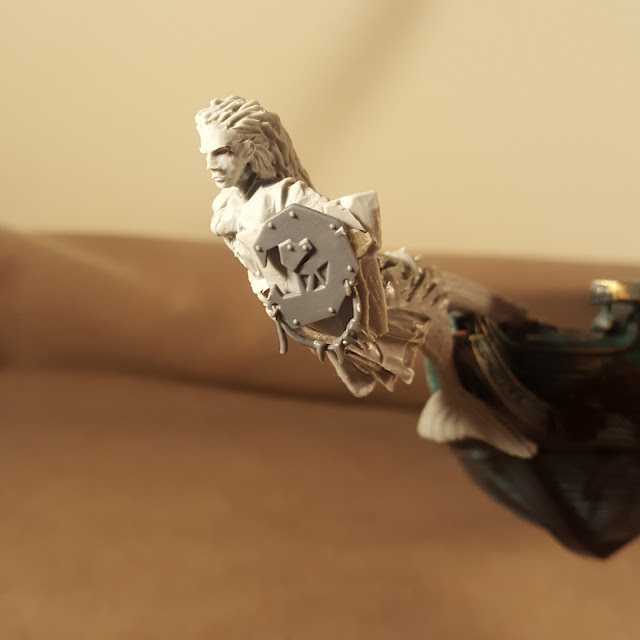 The figurehead's shield got a little extra detail - an orruky moon glyph (from the Ork Nobz kit). 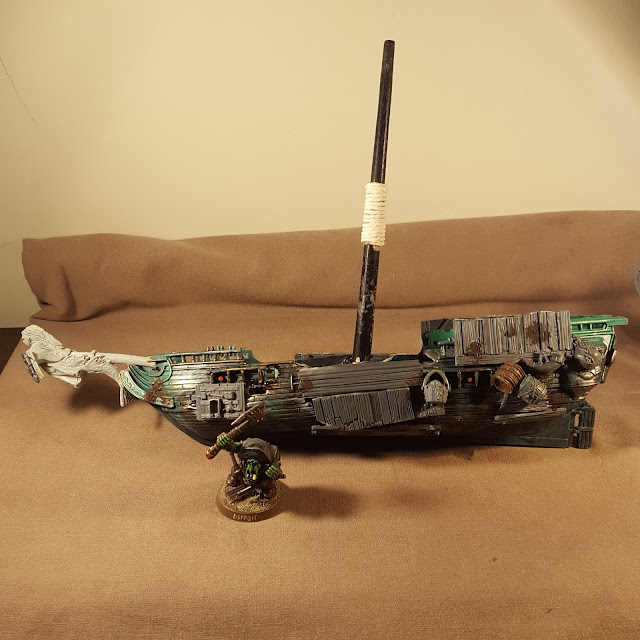 There is still a lot to do but I hope this will be a fairly quick project as I want to get it onto the table in our current AoS Skirmish campaign!

These are a couple of much older sky ship sketches. One with the Wortbad Skydock... 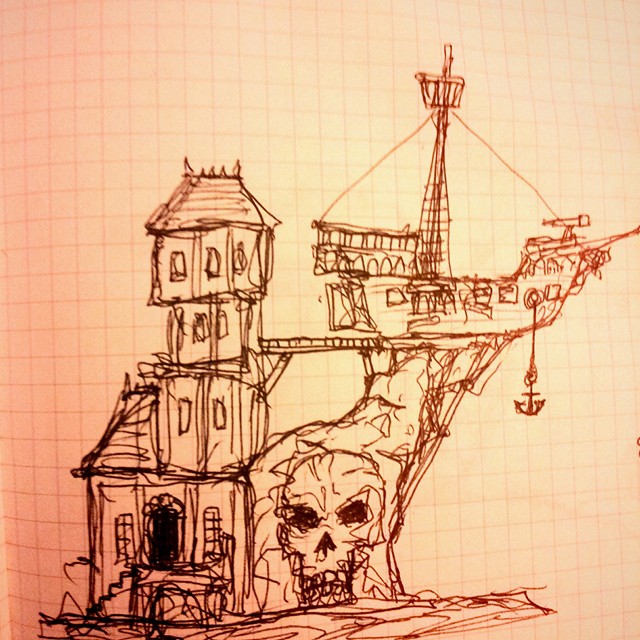 And one to show the Citadel Wood flying base I plan to use on all my Harrowmark flying pirate ships. 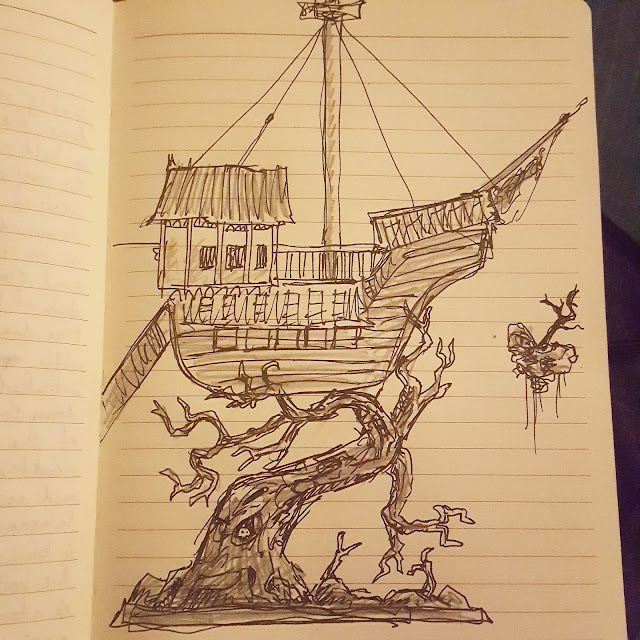