The boyz were all having weird dreams and there were unnatural lights in the sky. Most nights none of the crew got any sleep and had the heebeegeebees about spectres that haunted their minds. The lack of sleep made the crew’s internal animosity worse than usual. The deck bosses had to crack down and split the watches as they fell to fighting and shouting and impaling each other with cutlasses far too often. There was something bad in the air, they said.Everyone could feel it; an aura of dread.

As the nights grew longer, a dread solstice dawned, a season of discontent that grew to cast its pall over even the most vigorous soul. The crews in The Harrowmark called it the Wytch Time. Strange phenomena abounded, every traveller bearing a different tale - some told with shaking hands and wide eyes, others with morbid relish. Traders and explorers carried these ominous accounts through Realmgates to pastures new, only to find that those on the other side had disturbing stories of their own.

The skies above the Harrowmark started producing more than just water when it rained. Kapitán Alunzo da Leeva and The Rotmoons found that the skulls falling from the stars had a strange amethyst aura around them. They assumed they must be part of the shattered moon's tears, and therefore valuable, so they started collecting them. 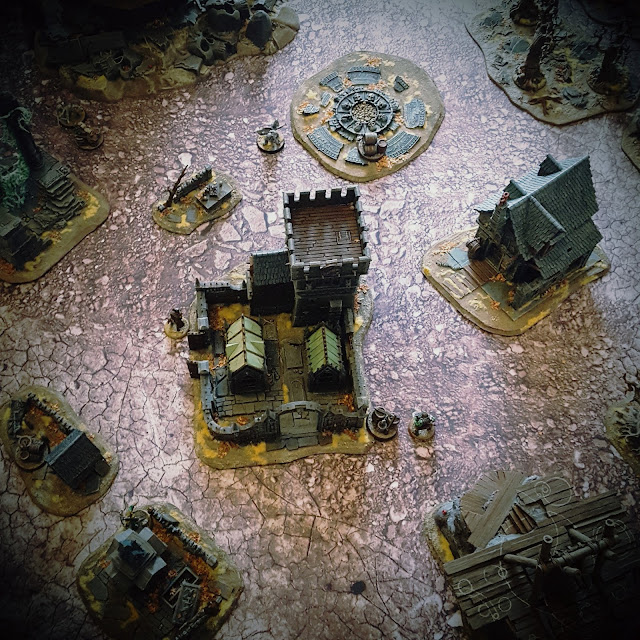 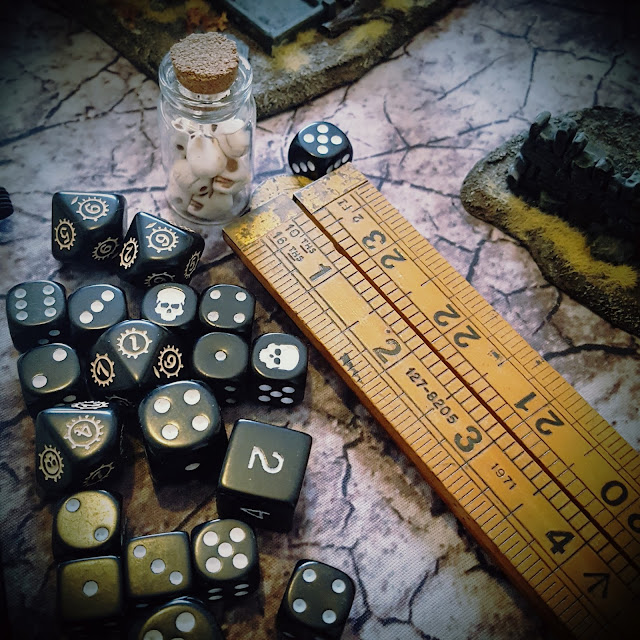 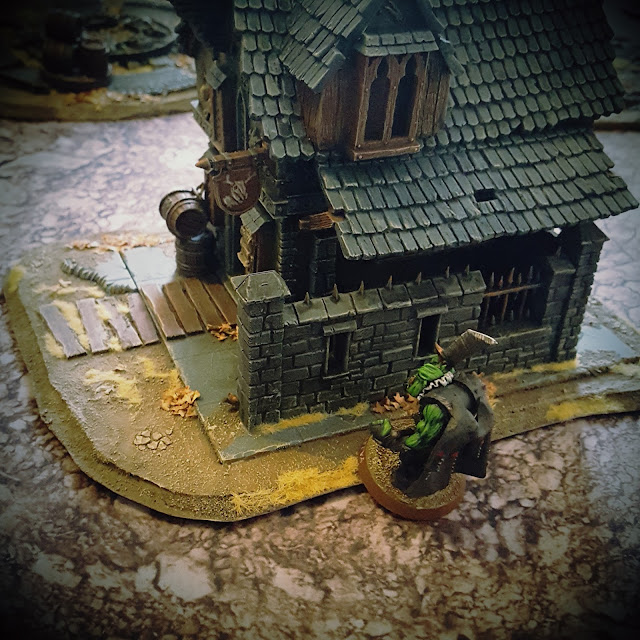 As they moved through the village they saw that other warbands were trying to collect the glowing starfall too - a small band of Freeguild and a number of Nighthaunts. Kapitán de Leeva watched them as the two warbands spotted each other - there seemed to be a shared history between them. As soon as they realised who their opponents were they both attacked! 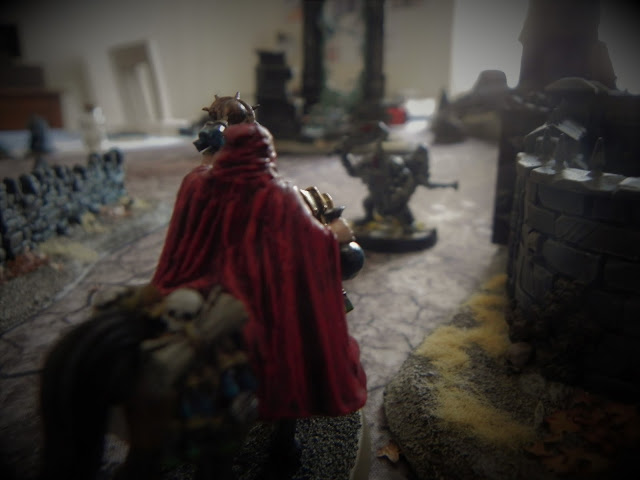 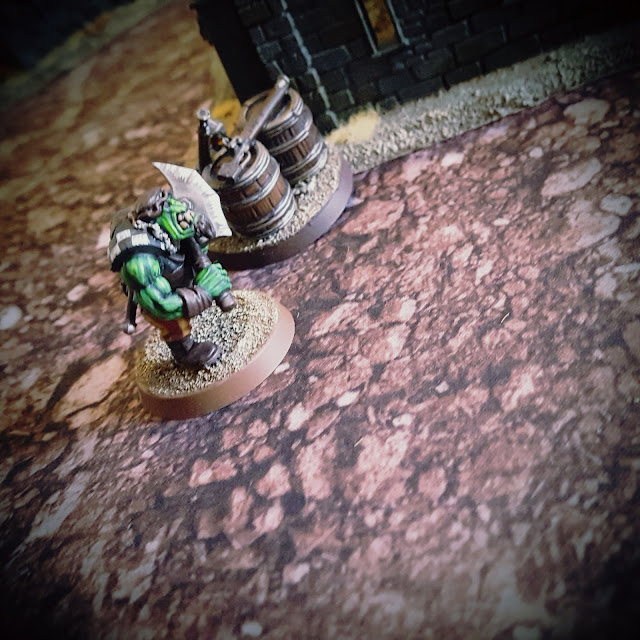 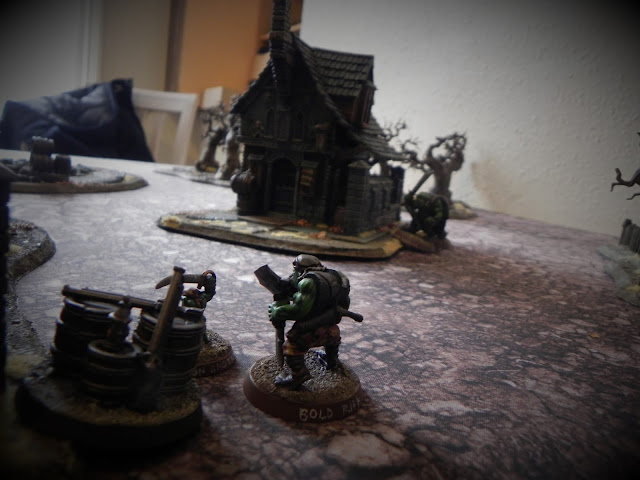 Bold Rikk approached the corner of Deathwatch Hall, where some abandoned gear caught his attention. 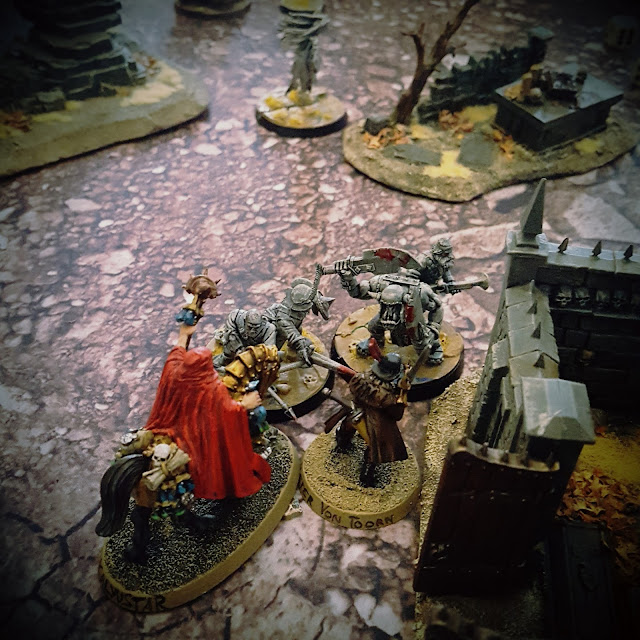 While the Gilded Hand and the Ordeschal Host fought on the other side of the hall's walled garden. 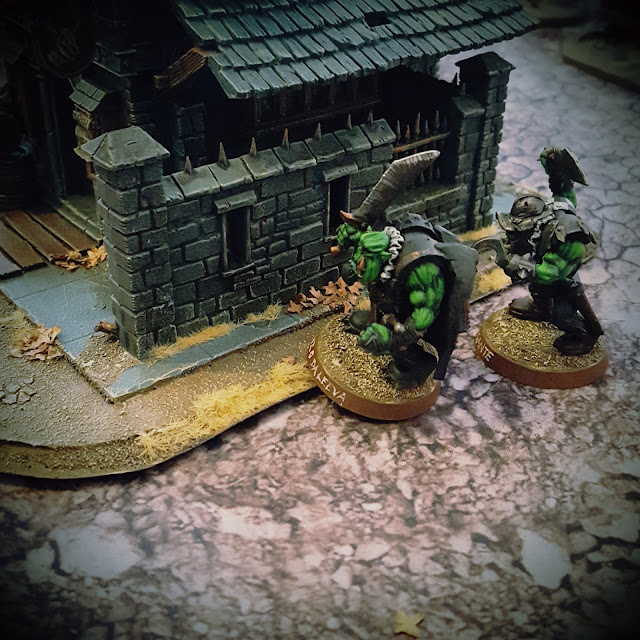 Kapitán de Leeva waited for Dragante to catch up with him, behind Fallow's End house. Then, doing their best to keep out of sight of the Freeguild marksman and the spirits they moved towards the centre of the village. 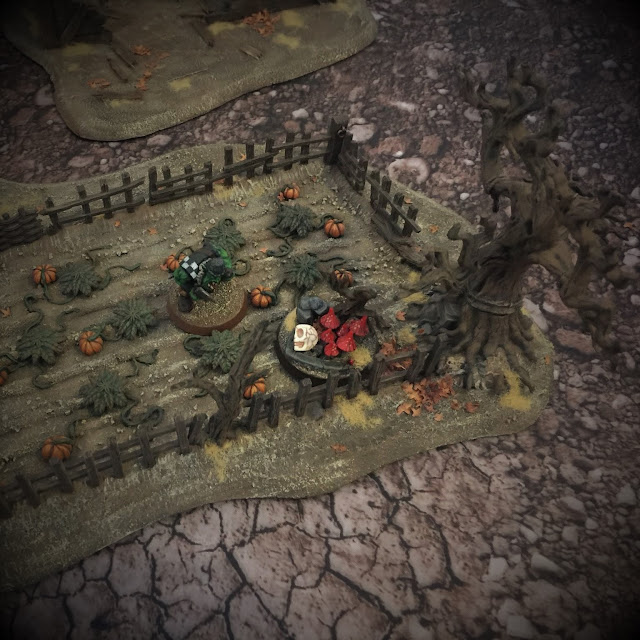 A shooting star screamed down into the farmland at the edge of the forest and smashed into a field with an earthy thump. 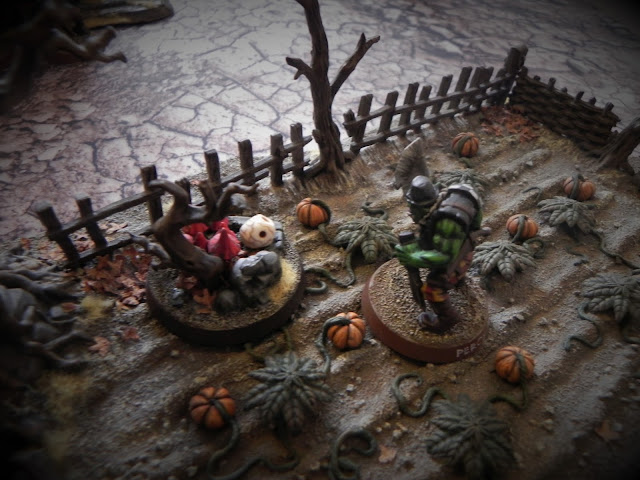 Percy Percy tramped through the pumpkin field and found the first starfall. He hurriedly loaded the strange bone fragments into his bag. 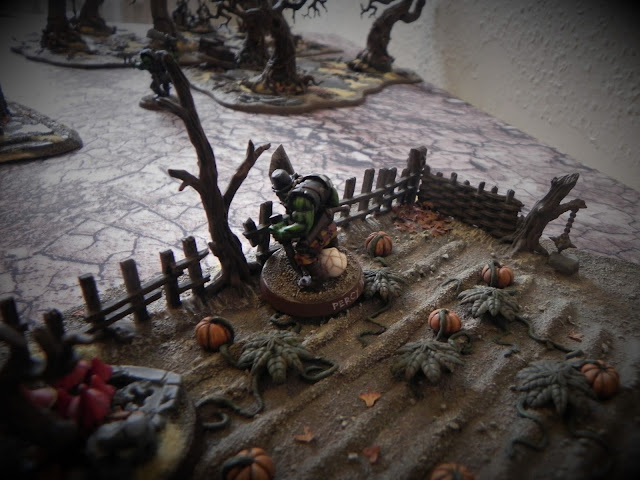 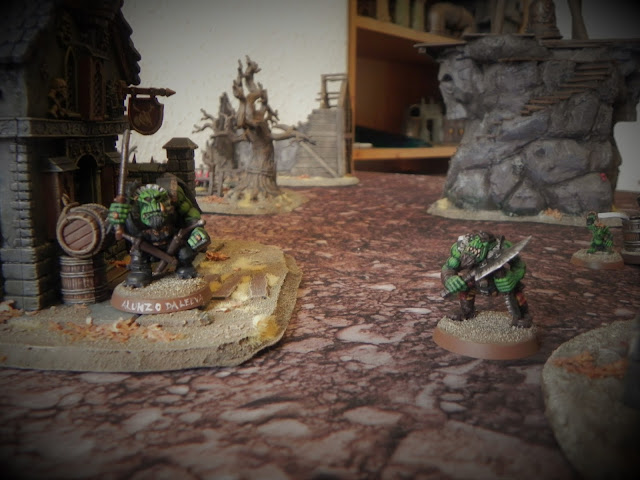 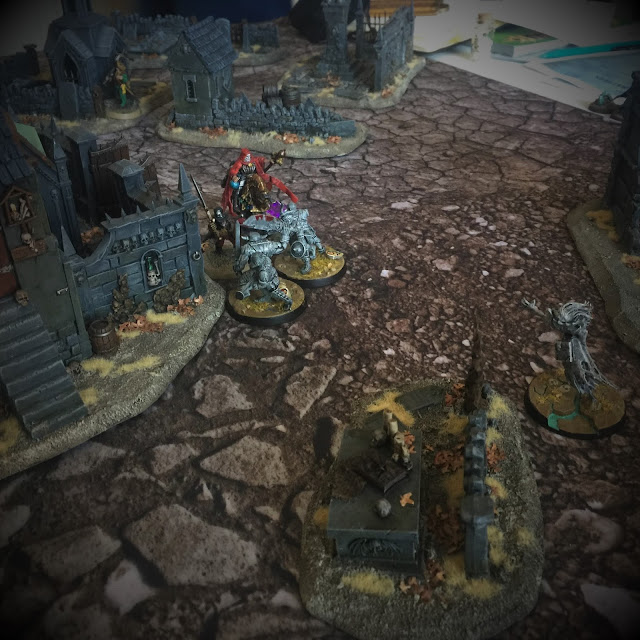 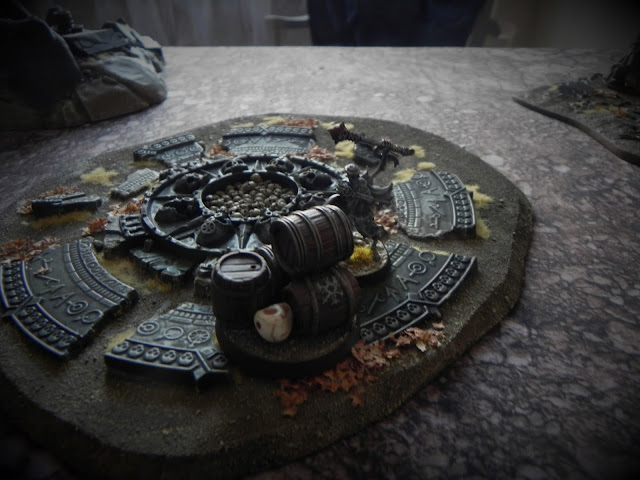 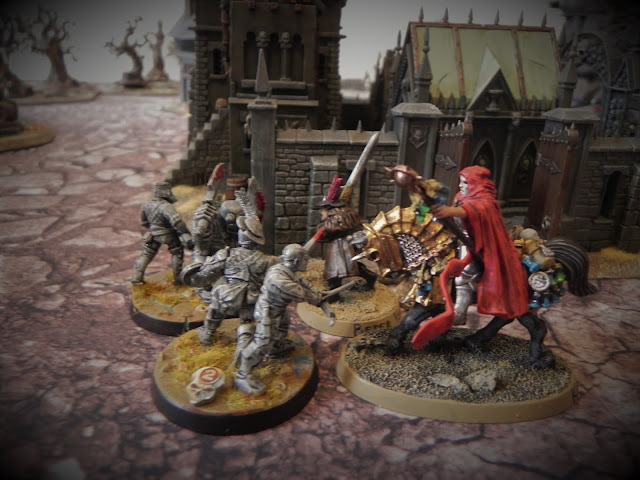 The Whyte Lady moved closer to Kalyustar and his retainers while her Spirit Hosts held them up. 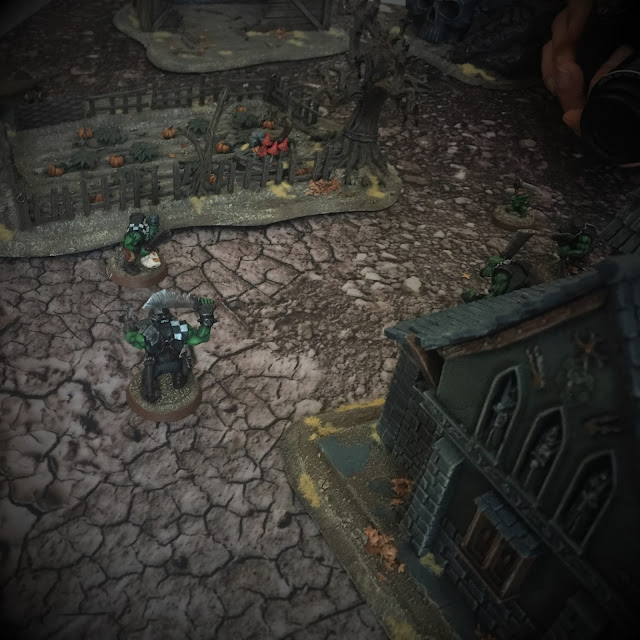 The Rotmoons took their loot and slipped off into the darkness. 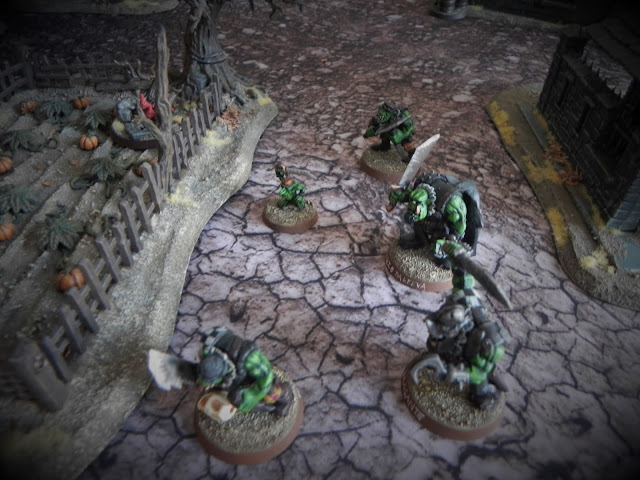 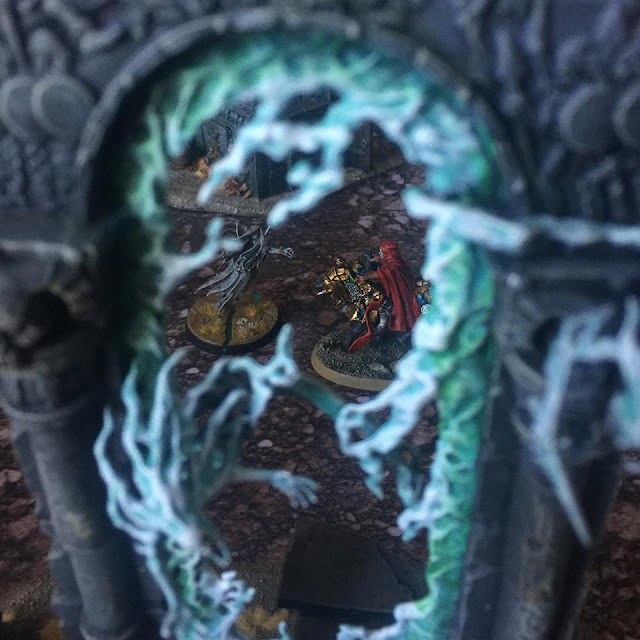 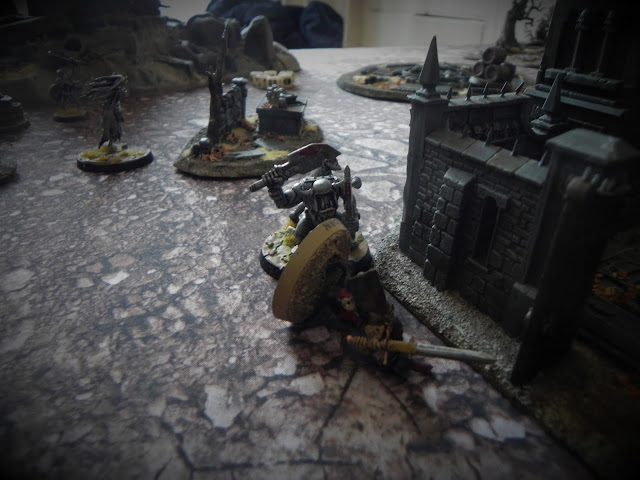 The Witch Hunter was finally knocked down by the Spirit Hosts. 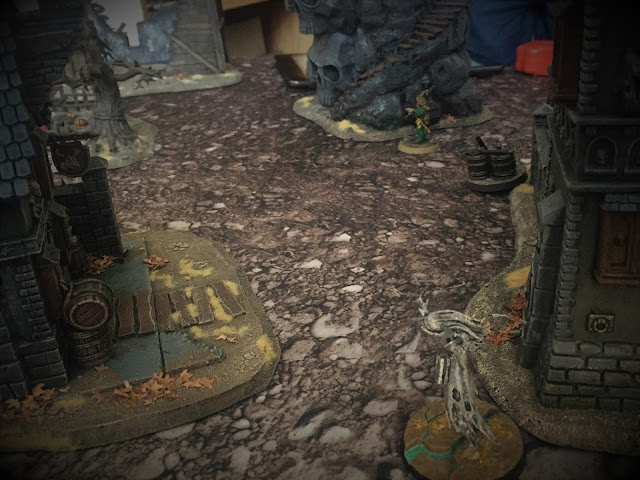 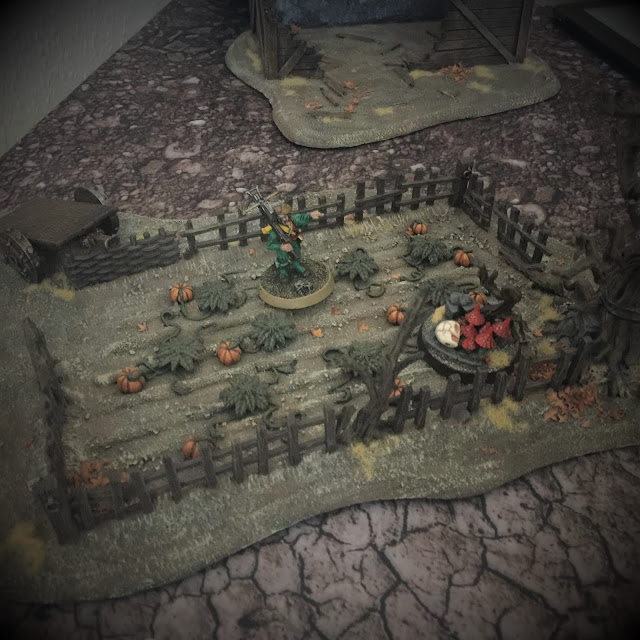 Lucius, the Venithyan Marksman, bagged himself some starfall too. 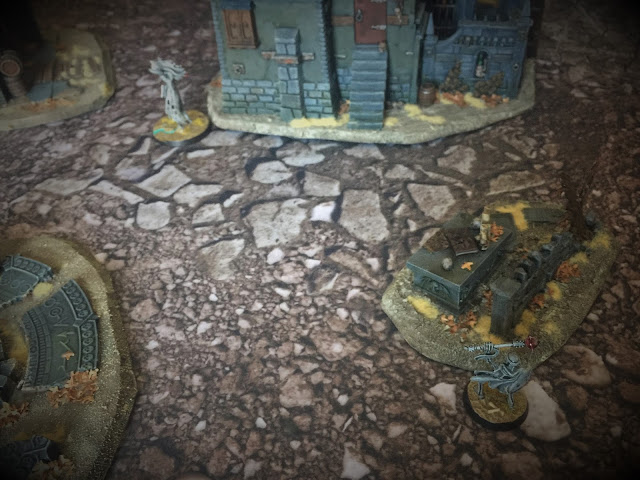 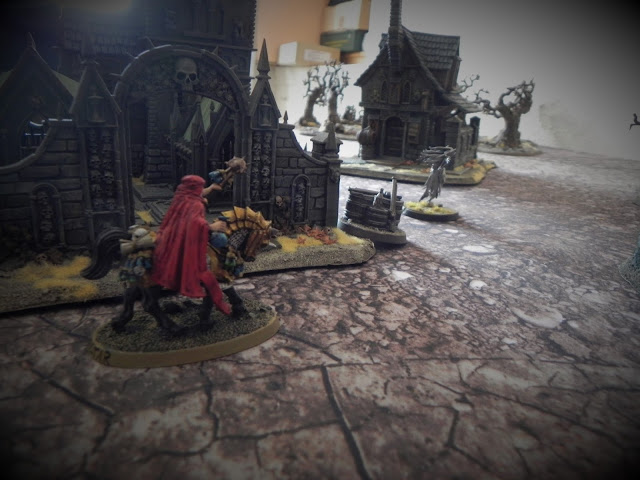 The Whyte Lady chased Kalyustar as he tried to withdraw - finally catching up with him outside the gates of Deathwatch Hall. It didn't go well for the Alchemist! 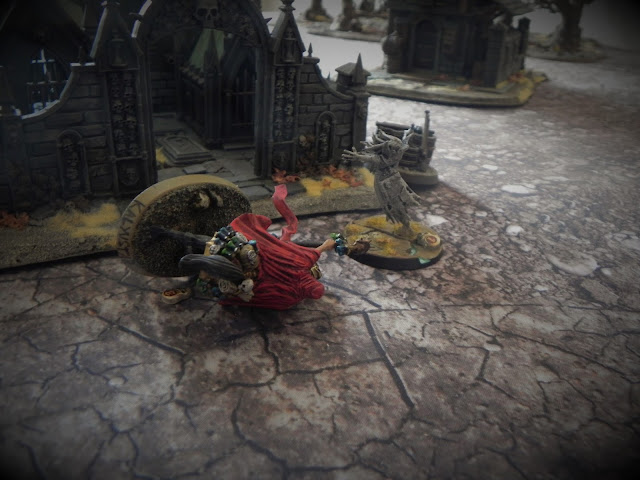 This left the battlefield in the possession of the Nighthaunts, but the starfall almost evenly distributed, with the Rotmoons getting a slightly larger share!

In the darkness of the inn's back room a single candle lit Kapitán da Leeva and El Doctoro the shaman, as they examined the star-fallen bones laid out on a battered table. The Death magic contained within them was palpable, in Shyish that alone was not unusual. But there was also something else, something stranger... El Doctoro fiddled with his red-lensed eyeglasses and pronounced with great complacency "Even an ill wind can fill our sails. We can make the most of the growing madness, whilst others' hope is replaced with paranoia and superstition."
Posted by WarbossKurgan (Saul) at 14:18