The two mobs of Boyz stormed the ruins - the Starboard Watch attached the Ogor Maneater while the Port Watch attacked the Flagellants. Lost Uzzog sent Arcane Bolts over their heads at the Ogor. 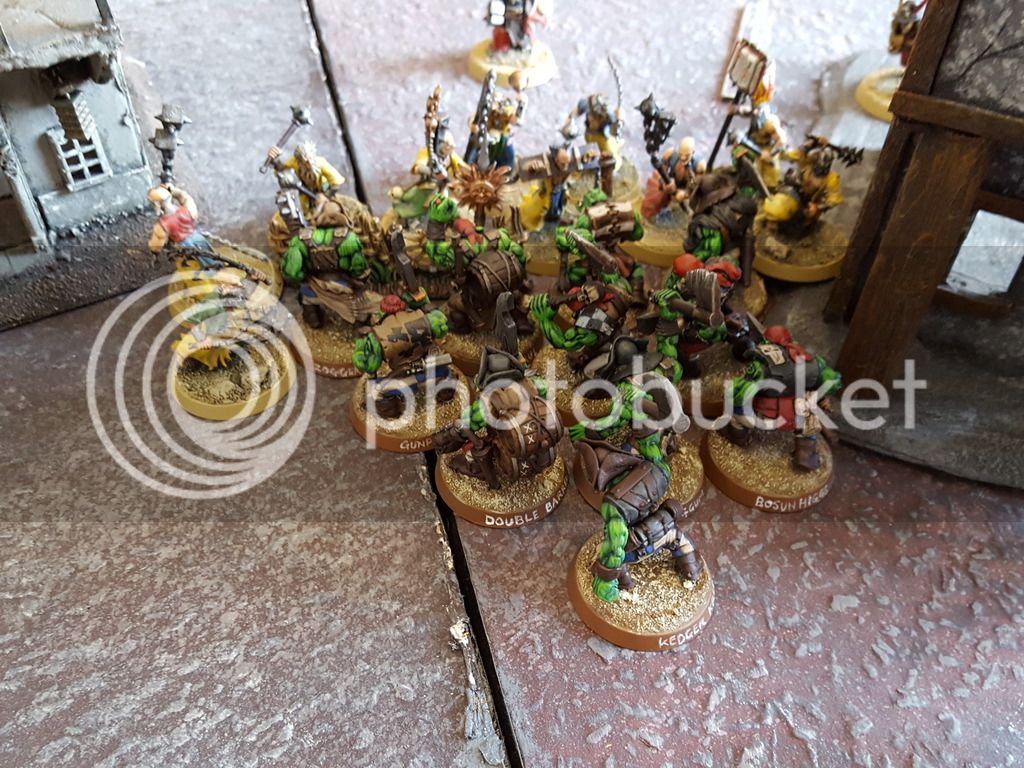 The malevolent spirits that inhabited the ruins reined their furry onto the Orruks, saving little for the Church’s men. 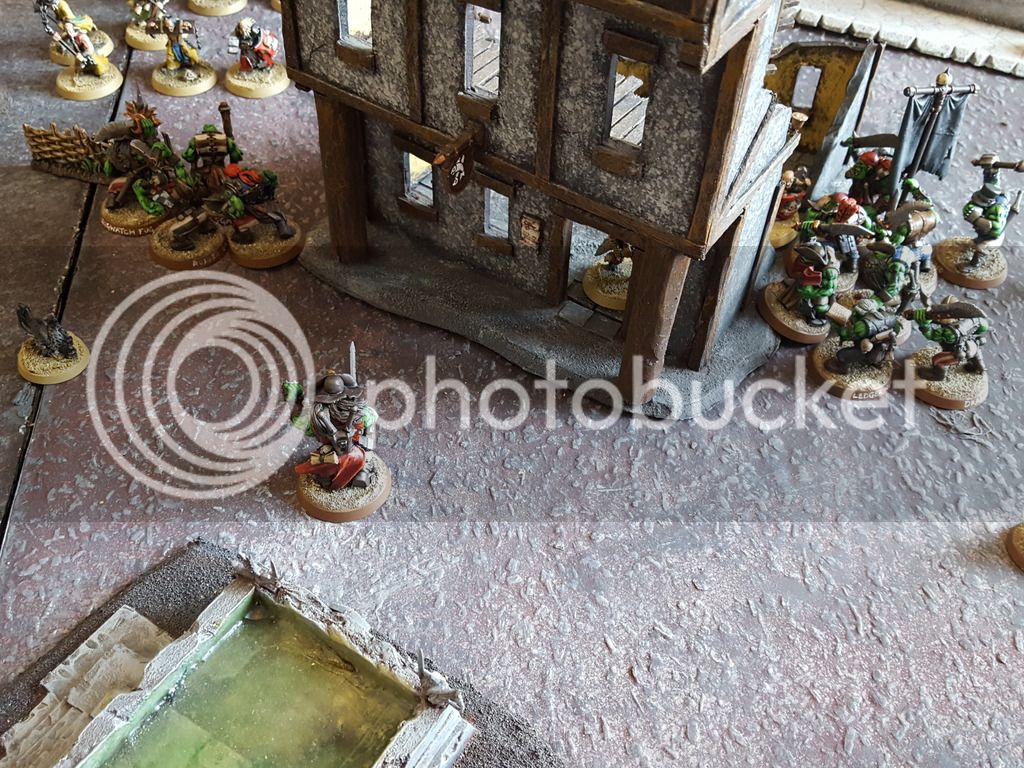 The Flagellants smashed the Cleavermaws Port Watch, then pulled back, rallied and charged! The Boyz fled or died. The Ogor just held against the combined assault of Mr Sludga and the Starboard Watch.

Kaptain Mogrum was charged by Witch Hunter Captain Pieter Von Toorn, in a bid to take out the pirate orruks’ leadership. The captains dueled briefly but neither could get the better of the other.

The Ogor died but it was too little, too late - the Cleavermaws had spent their strength on their initial attack and it had cost them dearly: the fight was over in the blink of an eye and the Witch Hunters threw them back!

Major Victory to the Church of Sigmar’s Retribution

Over 80% of the Orruks were killed or had run and the Church had lost less than 25% of their number.
Posted by WarbossKurgan (Saul) at 15:40