The Ruins of the Realms - Architecture in the Mortal Realms 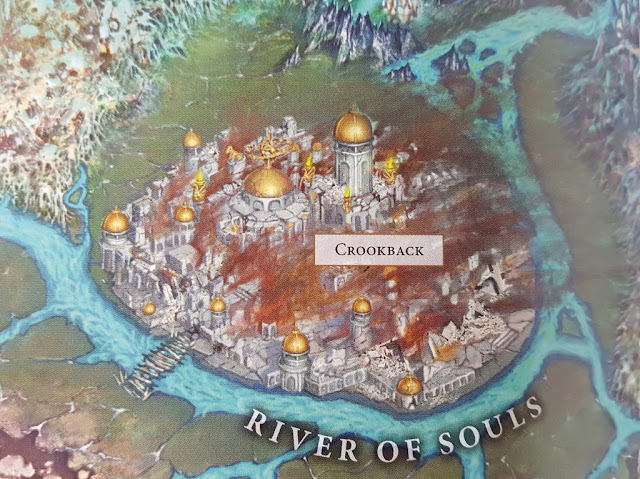 This is a detail from a map in Battletome Ironjawz, showing the city of Crookback in flames.

The architectural style of the Mortal Realms is a radical departure from the Warhammer World-That-Was standard of Renaissance Germany, with extra comets, skulls and hammers of course. To me it looks like Edwardian Neoclassical, with added dragons, but I'm no expert on historical architecture!

It was hard to see the overall style from the scenery kits released last year but I think the kit-bashed and scratch-built Age of Sigmar display board at Warhammer World in GW's Nottingham HQ gave us clues of what was to come. It's worth noting that none of the AoS scenery kits include domes, but they seem to be a signature feature of the Realm's style.

The big display board used components from the AoS scenery kits, along with a myriad other bits and a lot of bark and polystyrene, to make something far beyond the capability of the average gamer(!) but it demonstrates the ambition of the AoS setting to take a unique and fantastic direction.

I really like that this board and the map above share the same architectural style. I would imagine the map was based on the board (given that it was published nearly a year after the board was revealed) but it may have been the other way round. The map features many details that match components from the AoS scenery kits, but not any "whole" scenery pieces.

(The following photos are all saved from the internet, not taken by me and I'm afraid I didn't note who took any of them.) 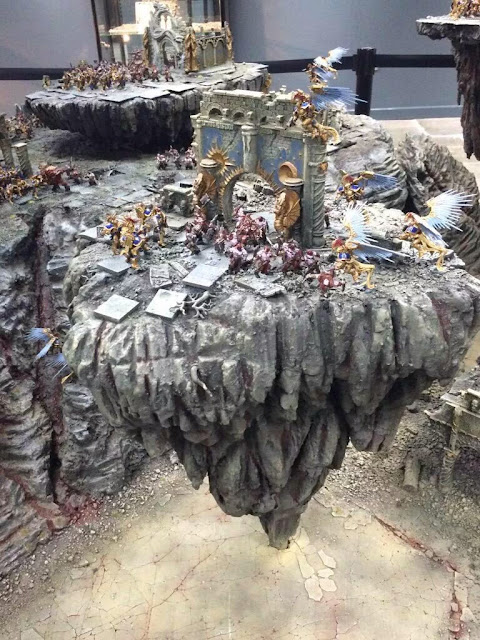 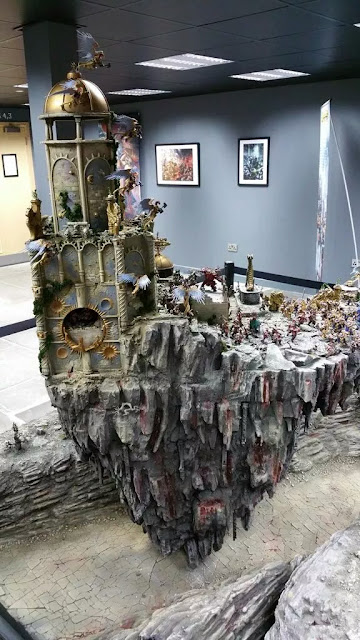 Floating or flying islands of rock have long been part of the Warhammer palette, thanks to John Blanche's art for the most part, but they have mostly been in the far distance in large scale paintings and have not often featured in the background fiction or on gaming tables. 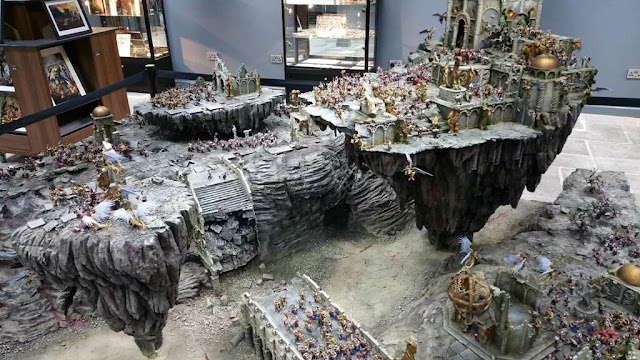 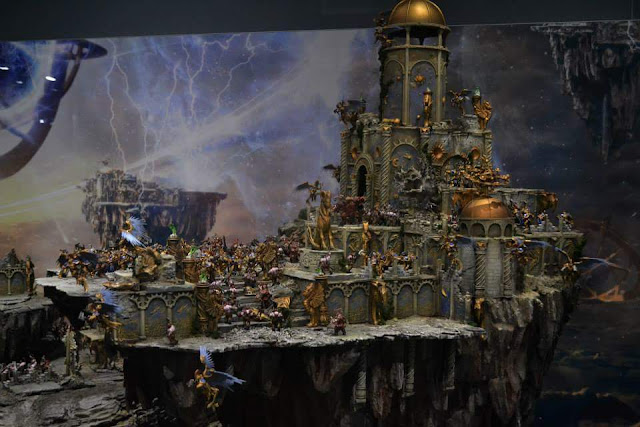 The dome half way up on the right hand side features a Hurricanum orrery - this idea is also featured in the Crookback map. 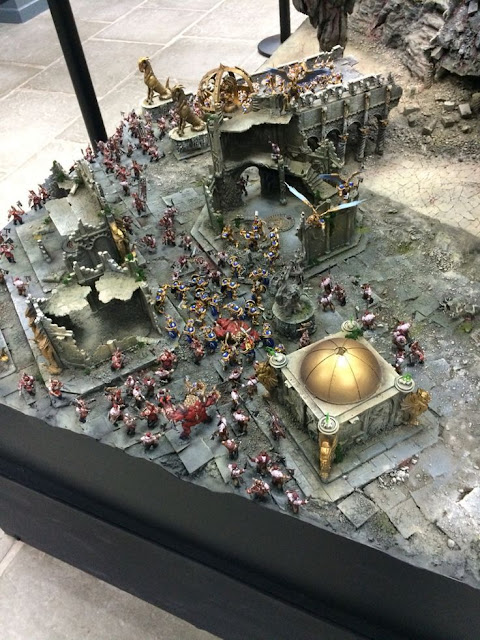 The "Portable" display board didn't have any domes, but it was still more impressive than the average gamer's table top! 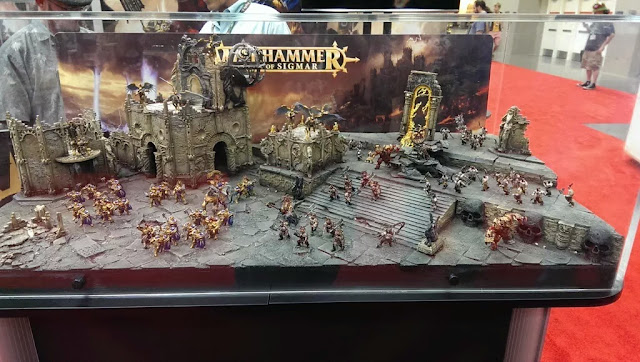 The gorgeous Ruins of Dras'Shiel board, in the gaming & events hall at Warhammer World, also uses the same architectural style but with a striking turquoise colour scheme on the stone work. I love this board and I really hope the scenery team at Warhammer World make more boards with the same imagination and flare in the near future. 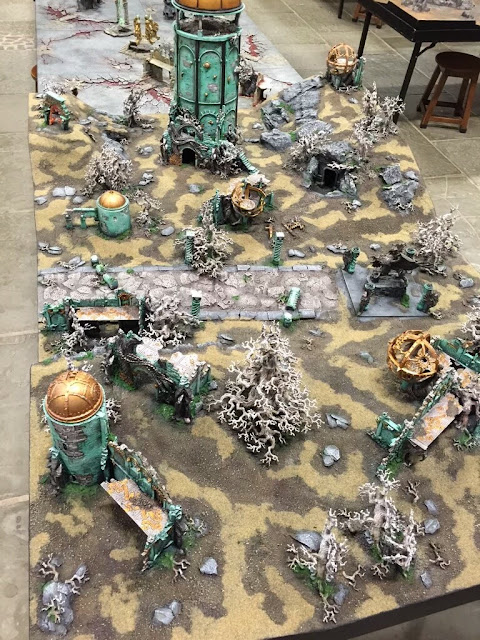 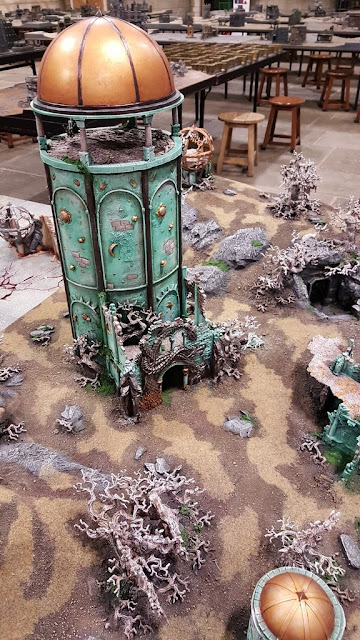 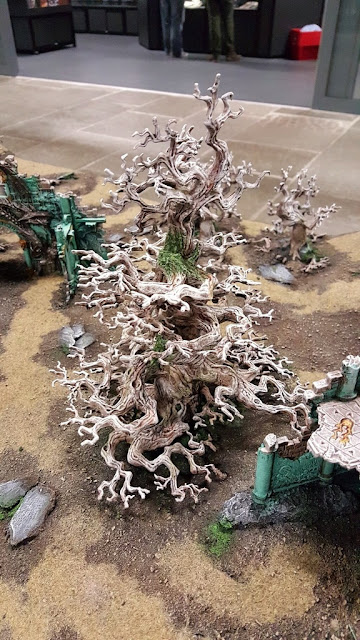 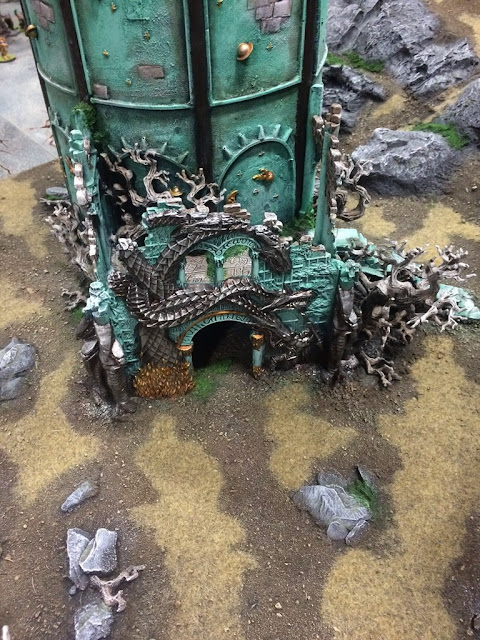 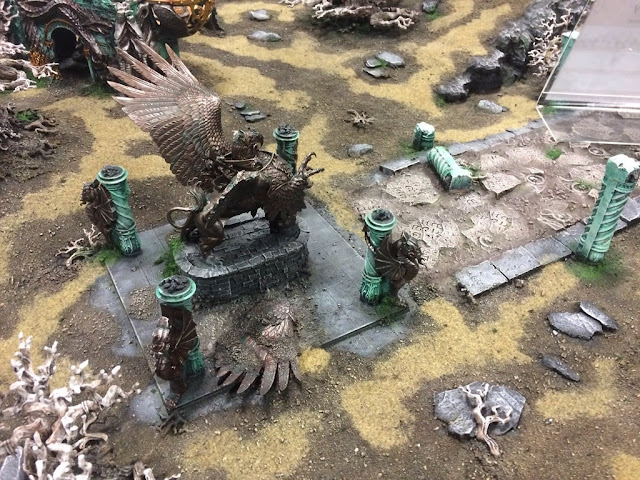 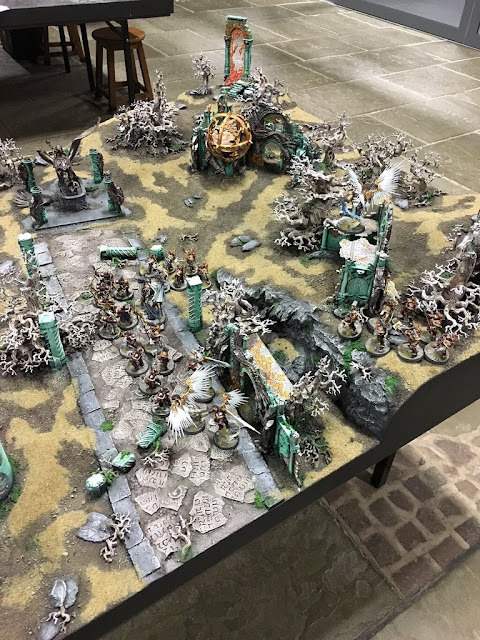 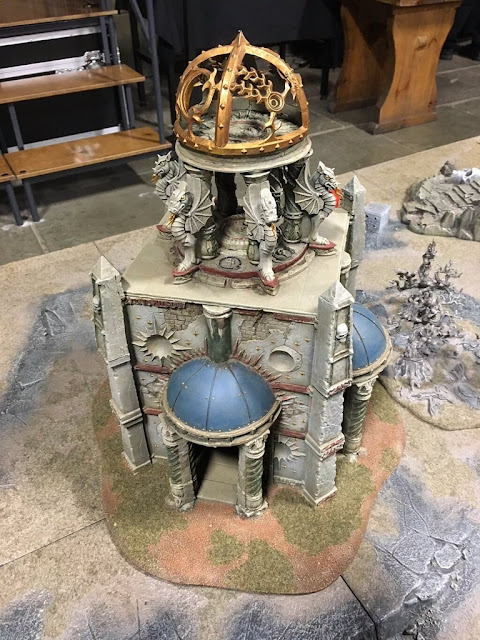 This last one (photographed by Amy Snuggs) is a centre piece made for a Throne of Skulls event at Warhammer World.

All this is very inspiring and makes me really want to start another scenery set in this style. I have a few of the new scenery kits in my "to do" pile but I really want to get more of my Pirate Orruks re-based first...
Posted by WarbossKurgan (Saul) at 11:36