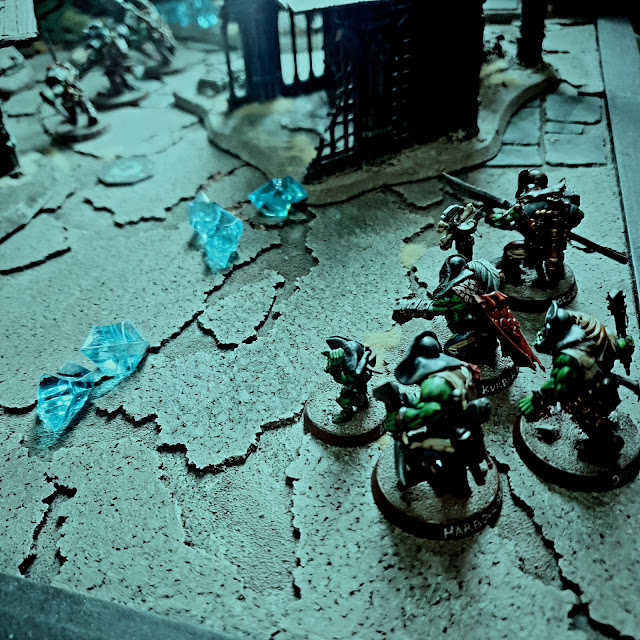 The light skyboat Leaky Bukkit glided above the surface of the blue-green coloured Copperwater, slowing down as the crew took-in the little sail, until it almost stopped then gently bumped into the shore.
Kurbak Sloop, one of the lower-deck Wardokks of the Cleavermaw, clambered out of the boat and made his way up the beach. The rest of the boat team followed him over the gunwales, they looked around at the mountains that surrounded the lake as they hauled on the ropes securing the launch.
"Right, let's be having you horrible lot spread-out and start looking round. The Kapitan said there is like to be some snake worshipping cult types here abouts. So keep a weather eye open!" said Kurbak.
The low murmured conversations between the crew continued in a mostly good natured way. The journey through the Bleed to Silverside had been relatively uneventful so far but they were all keen to get on with the job so they could find a fight, and go back to the drinking dens of Choggrish.
Then they all jumped at a loud noise inland. An ululating roaring, in a mix of high pitched and deep voices, rolled across the water and echoed off the cliffs.
"What the blasted hells was that?" shouted Kurbak.
Dorglut Flog pointed and made a strange gurgling sound.
From the tree-line band of reptilian warriors bore down on them with surprising speed!
~ ⦽ ~ 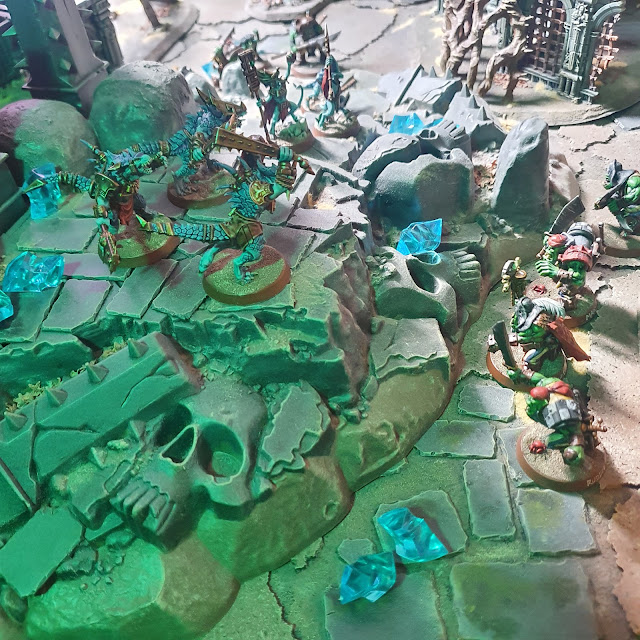 As soon as the Cleavermaws of the Second Starboard Watch, came ashore on the banks of Copperwater they were set-upon by a band of Seraphon called the Dawnfall Ark. 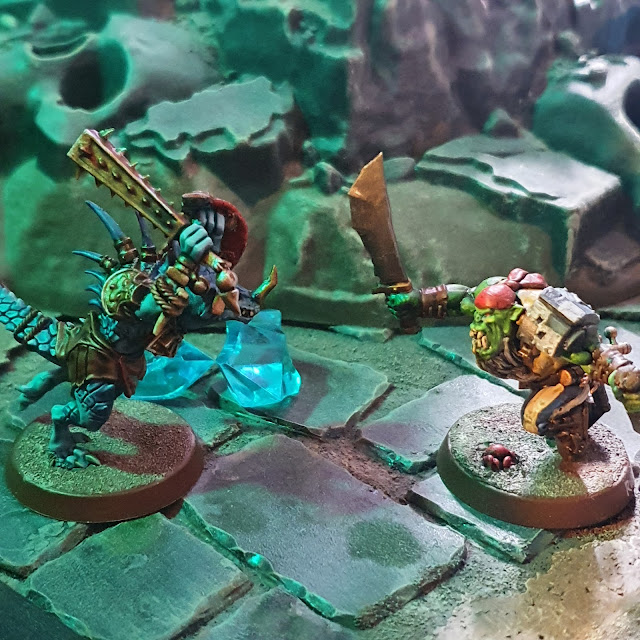 Rudder Azag charged enthusiastically but he wasn't able to land a blow. The Saurus Warrior was slower but they hit Azag hard. 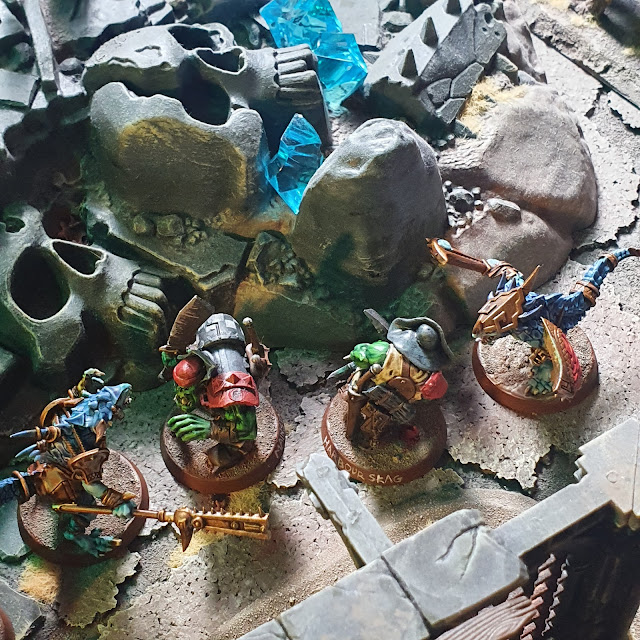 Harbour Skag and Mainstay Bite were surrounded. The Oldblood made short work of Skag. 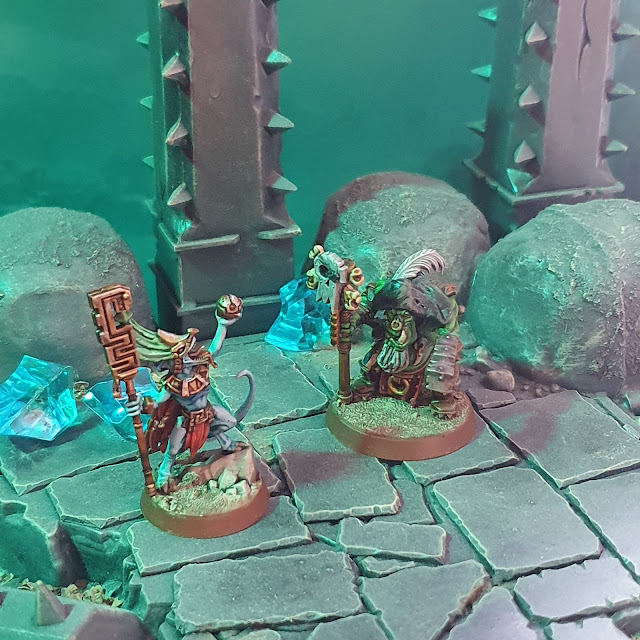 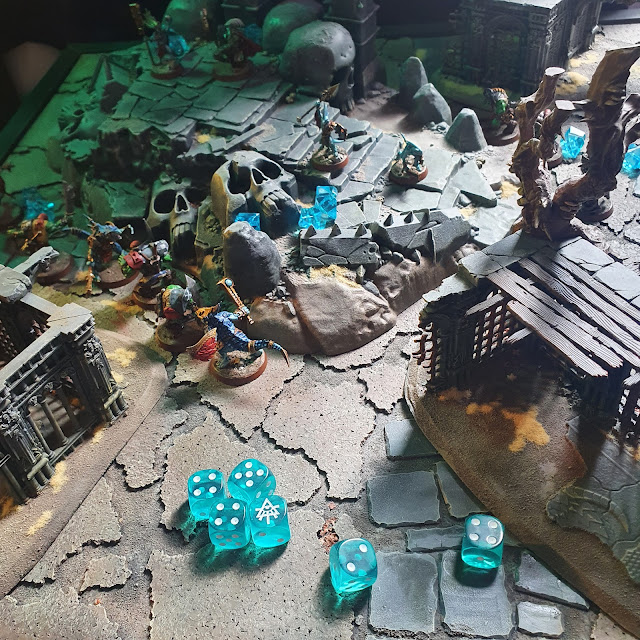 Luck was not on the orruk pirates' side that day. They got their wish for a fight and a quick finish for their mission, but it wasn't quite what they had hoped for. 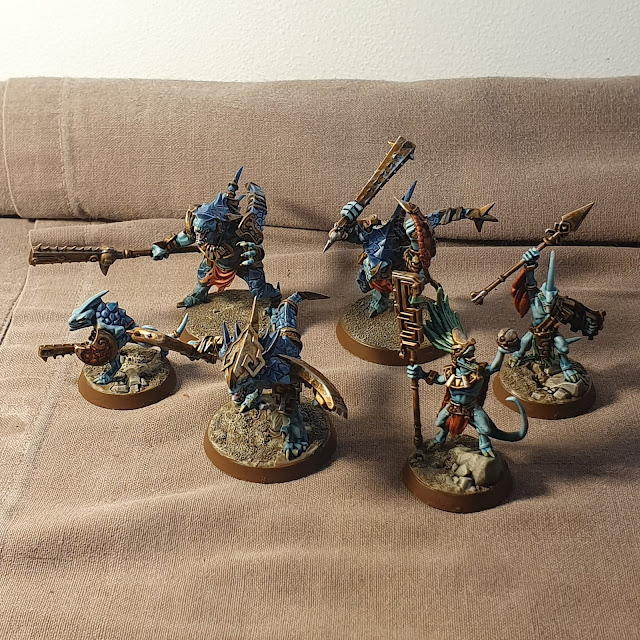 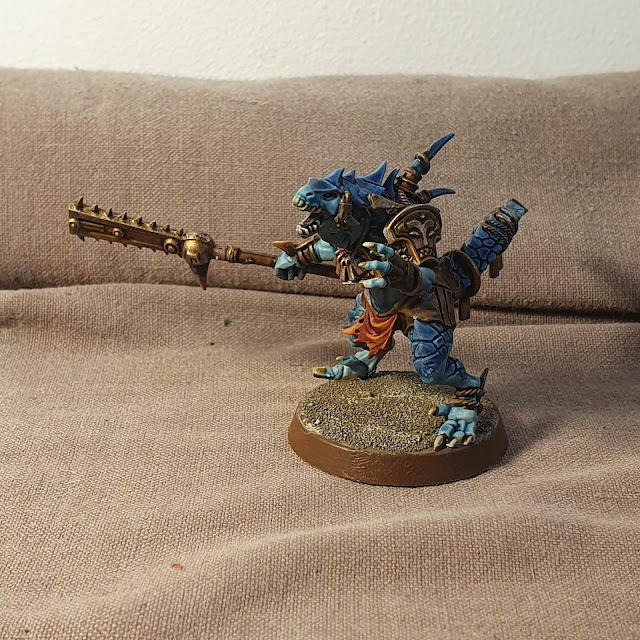 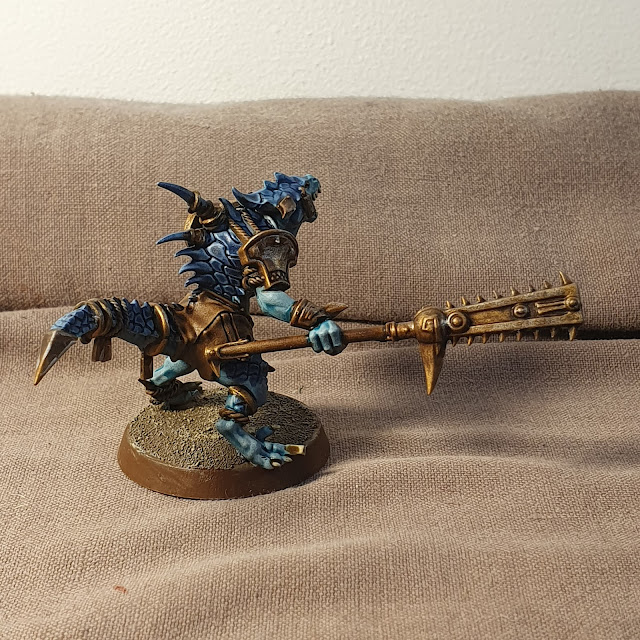 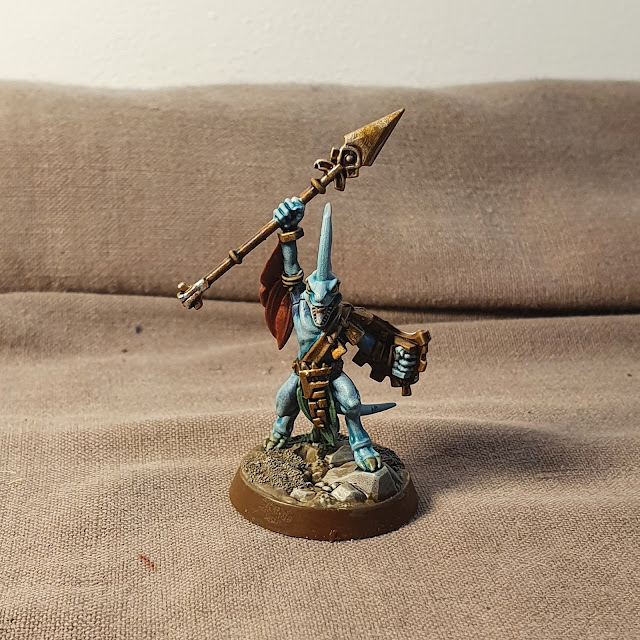 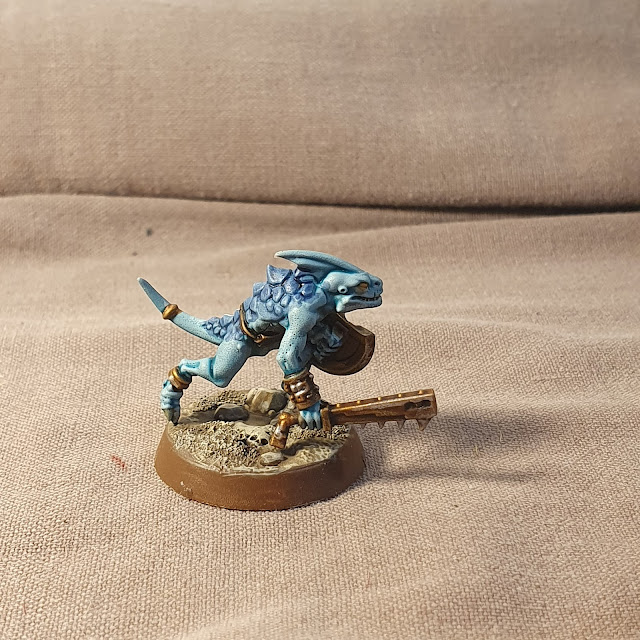 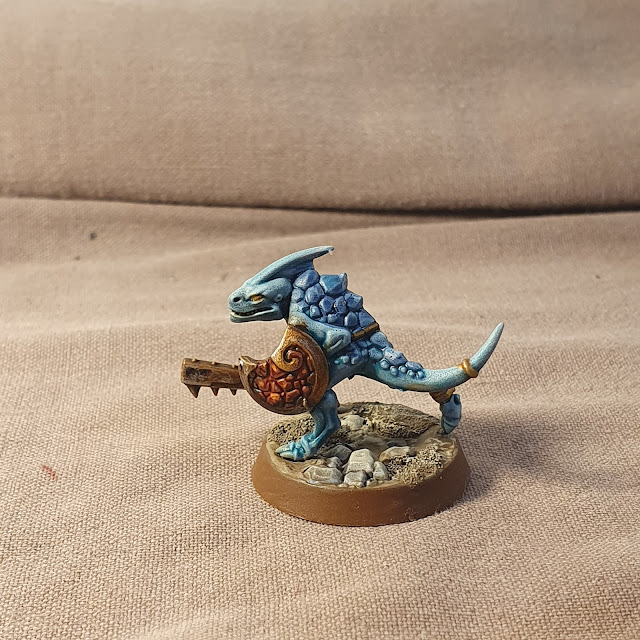 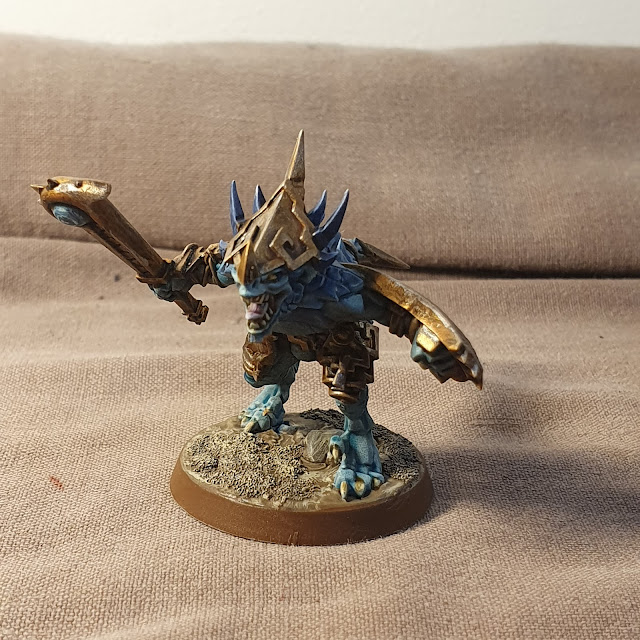 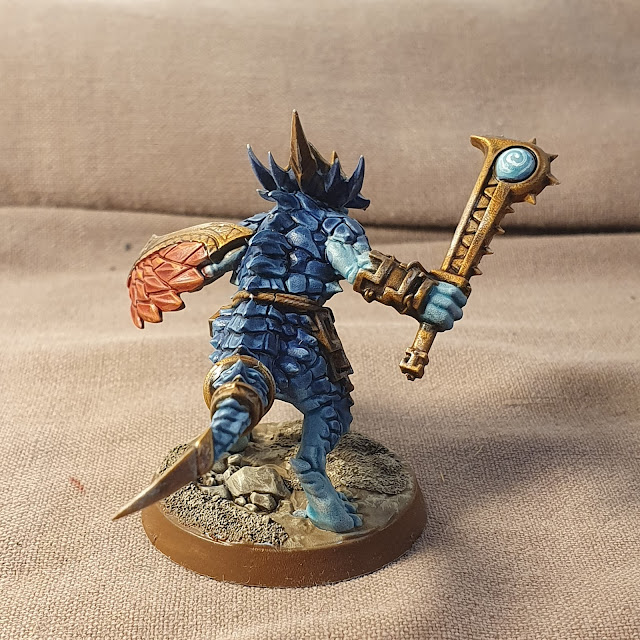 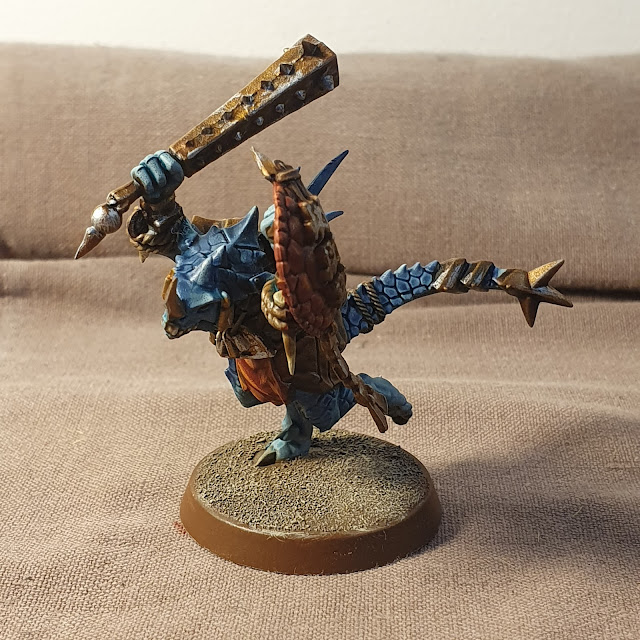 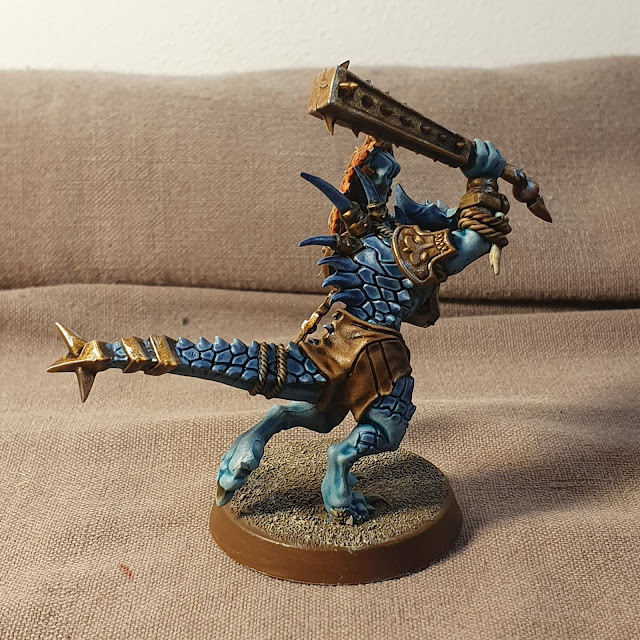 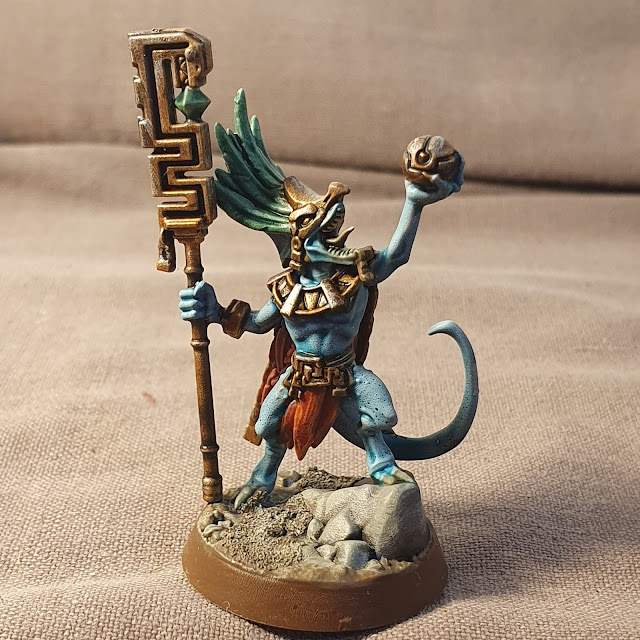 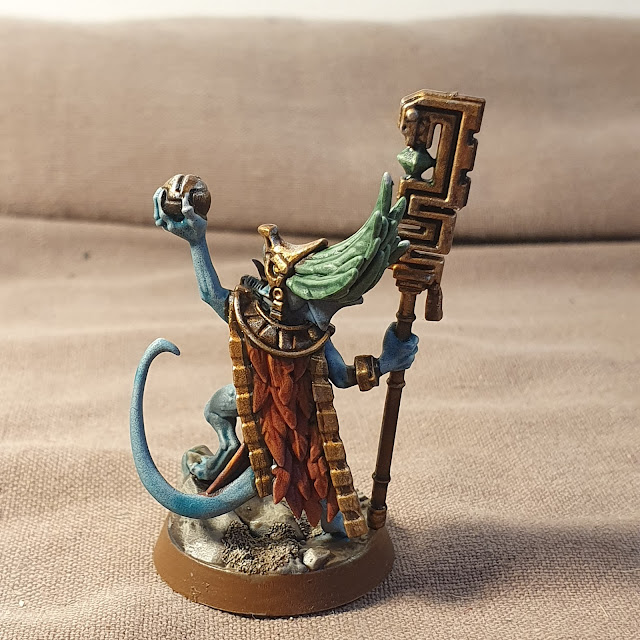