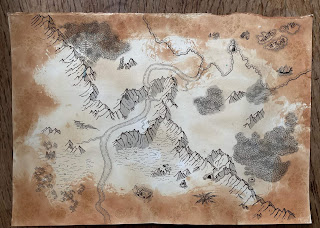 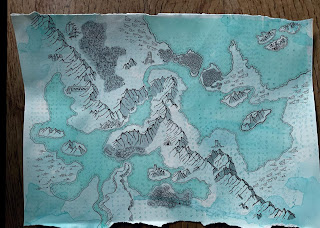 Lost Uzzog, alone on the quarter-deck, fussed over the thaumaturgic compass. The wardokk navigator adjusted several of the small dials that lined the outer ring of the brass frame. The crystal sphere within the metal case swirled with cyan and white energies. Uzzog shifted one of the brass hoops around in its track, it clicked softly as it spun. The red-gold pointer inside the sphere spun hectically, Uzzog squinted at it and sighed.
~ ⦽ ~
The Cleavermaw swayed gently in the light breeze, her timbers creaked quietly. The crew of orruk sky-pirates busied themselves on deck, beneath the watchful eye of Mr Sludga who sat in the forecastle. There was a relaxed, holiday atmosphere on board and Sludga was happy to let the crew chatter while they worked.
They had finally left the corner of Haixiah, at the edge of Hysh, known as the Prime Dominion. Their time there had been profitable during the civil war that had raged for nearly a year, but it became progressively more difficult to ply their trade there when things had settled down. And of course, there was the issue of the Corsair as well, Sludga pondered; she was getting harder to keep out of the way of.
Then they had spent the last few months preying on shipping around the Dawngild Skydock, a Kharadron outpost in one of the Lands of Gold. That also became too risky when the Kharadron got really fed-up with the loss of trade and sent out a gunhauler fleet to look for the Cleavermaw.
So here they were in a backwater of Chamon; Silverside, someone called it.
~ ⦽ ~
Uzzog tried something different. He took the crystal core out of the brass frame completely and hit it a few times with his staff. Gently at first - he didn't want to smash it, just knock some sense into it. Then he gave it a proper whack and the red-gold pointer stopped spinning. Elated, he jammed the crystal sphere back into the brass cage and started adjusting the dials to re-calibrate it.
It started humming. Uzzog held it out at arm's-length, just in case...
~ ⦽ ~
The peaceful atmosphere was shattered then. Loud voices could be heard below decks. That new-comer who called himself Lord Krashhart was rowing with Kaptain Mogrum again.
Sludga thought about the time the big Warchanter first met up with them; some of the crew took to him immediately: he was an enthusiastic and loud sort, who liked to laugh and was always impatiently drumming out a rhythm with his hands or tapping his feet whenever there was nothing happening. But others were wary that he might be the type to challenge the Kaptain for leadership of the crew - he was a mighty big orruk after all. But it wasn’t so - it seemed like he didn’t really care to lead at all, he just wanted to join in with the fighting.
So he had just tagged along with them for a while. He was handy in a boarding-action and wasn’t even bothered about having a share of the loot. After a while even the wary ladz had come round to him well enough.
But the Kaptain was always a bit distant with Krashhart, even though the warchanter always did as he was told and didn’t try to take the lead. And he never disagreed with the Kaptain in front of the crew. But Sludga could see, and Sludga could hear: there had been plenty of times when Krashhart took the Kaptain aside “for a word”. Mogrum almost always came away from those “words” in a black mood, and the crew got the brunt of his temper.
This time there was no doubting what the disagreement was over. The volume of the argument was much greater than it had been before and their words carried through the open hatches between the cabin and the deck:
Krashhart wanted to keep going into the wilds of Silverside. He was sure there was something here, something huge he had heard about, something that a famous beast-hunting Fleetmaster was after. Mogrum wanted to stay clear of Black Arks and all the complications they brought with them. For some reason both of them felt VERY strongly about the ship’s next course of action.
Well, whoever won this argument, the holiday was over. Sludga stood up and glowered at the morboyz on deck, the crew almost all got the hint straight away and started working properly, the casual chatter dried-up. But there was something in the wind. Something weird was about to happen and the crew could all feel it. They exchanged significant glances as they hauled on ropes or shifted barrels.
~ ⦽ ~

When it stopped humming and went back to wildly spinning, Uzzog gave up on the thaumaturgic compass for a while - it must have been broken. He looked out at the horizon and jumped in shock. There was an incomprehensibly massive wall of amber magical energy a few miles ahead of them and it seemed to be growing very rapidly. 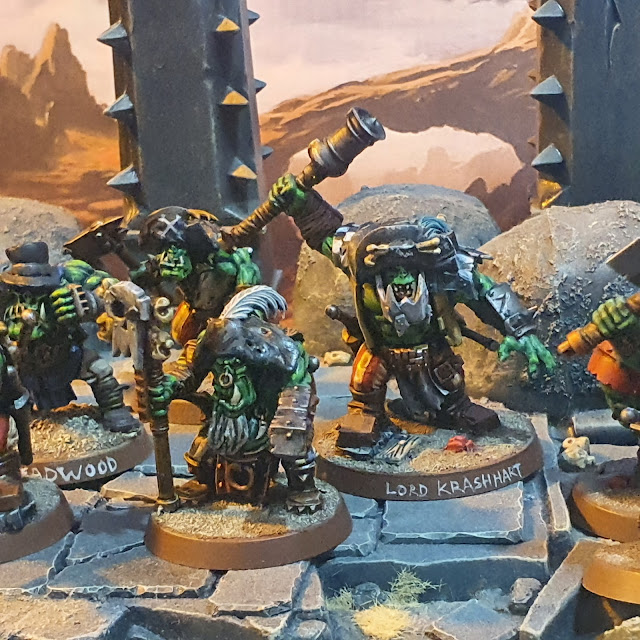 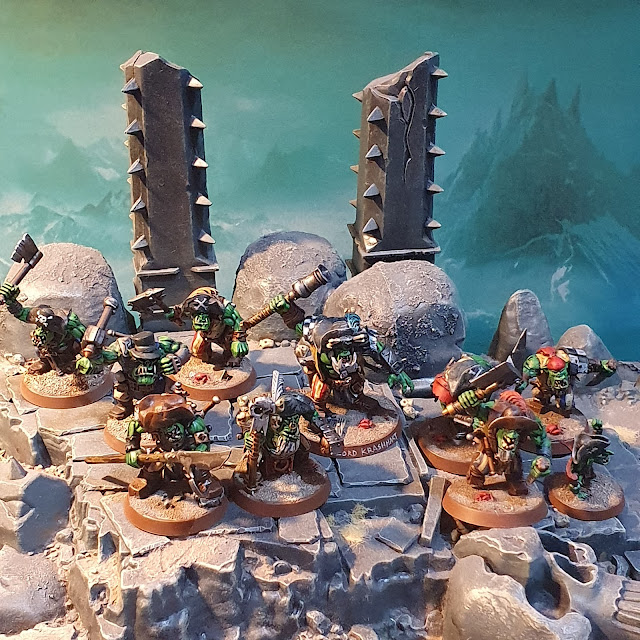 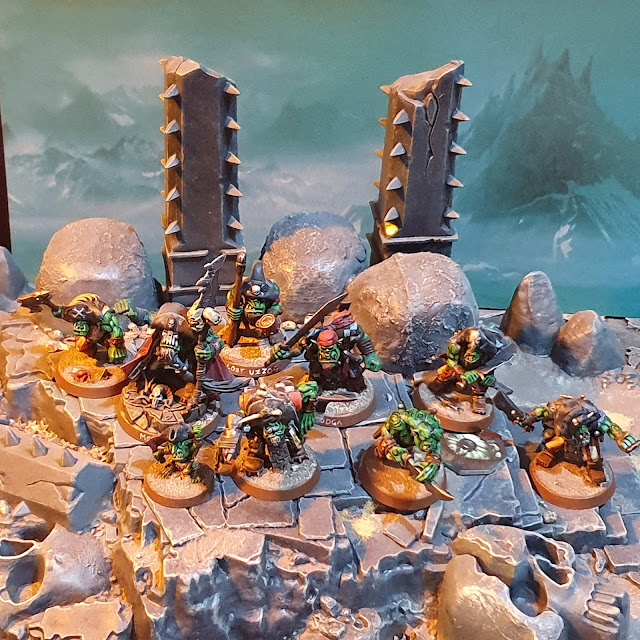 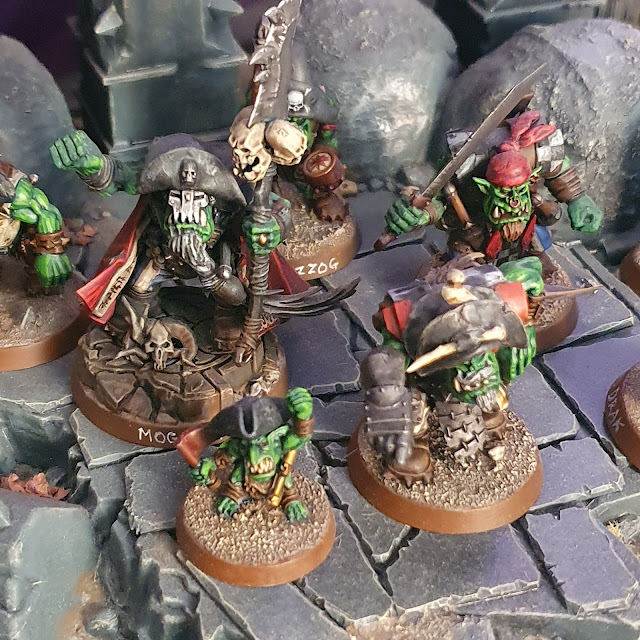