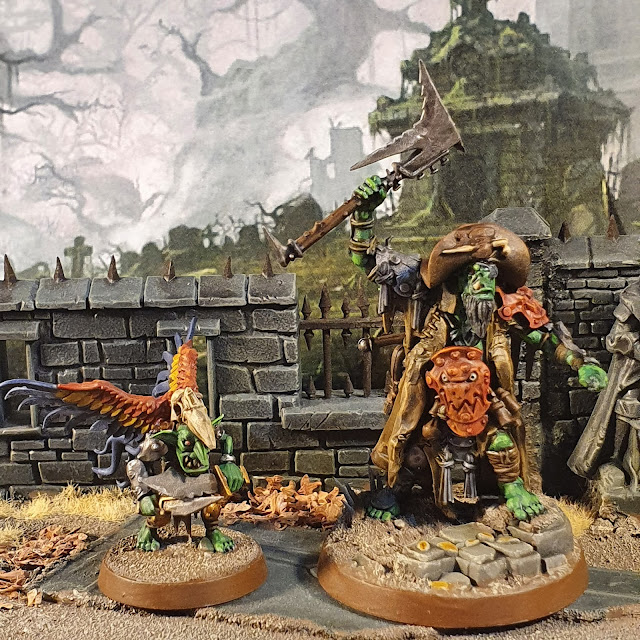 Orruk sky-pirates, hailing from the shadowy ports of Ulgu around the Penumbra Sea, the Gloomwyrms like to lurk in the darkness waiting for their prey to make a mistake. 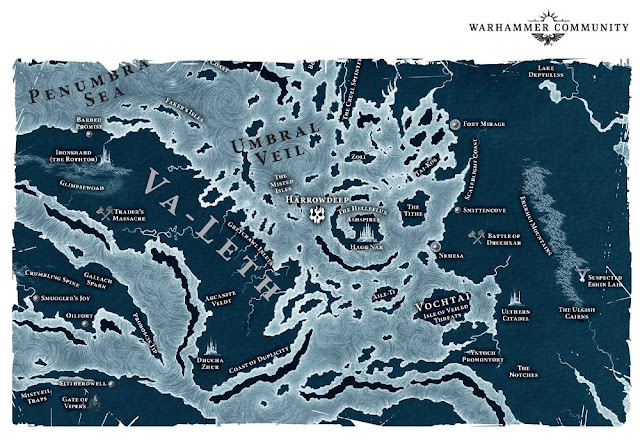 The first of the Gloomwyrms completed is Kommodore Deffgit - a very old character of mine who was due a remake for AoS. He was the leader of a Mordheim warband many years ago. He was an Orc Boss in Mordheim, but I have reimagined him as an Orruk Kruleboyz Killaboss (with Reef - a little Stabgrot friend) for Warcry and AoS. 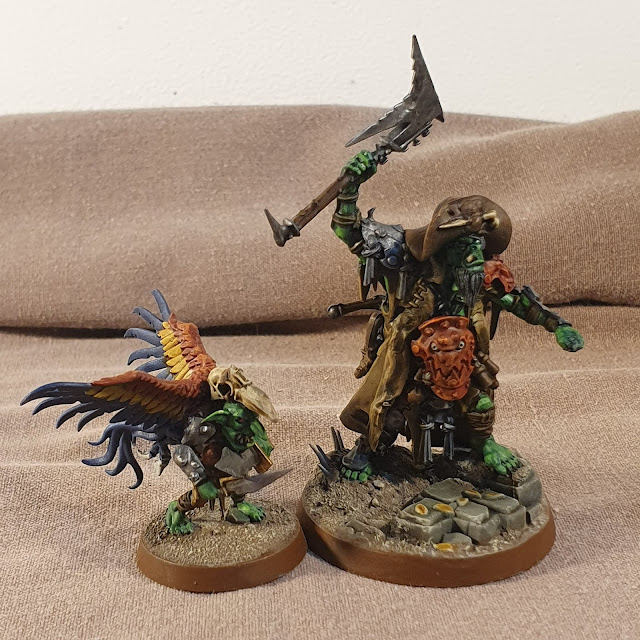 I might revisit his paintjob later to add a bit more tonal-contrast, but I'm happy enough with it for now. 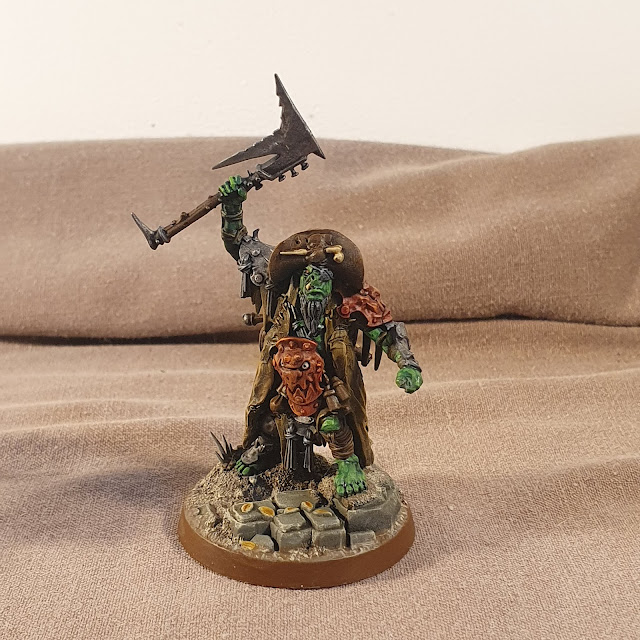 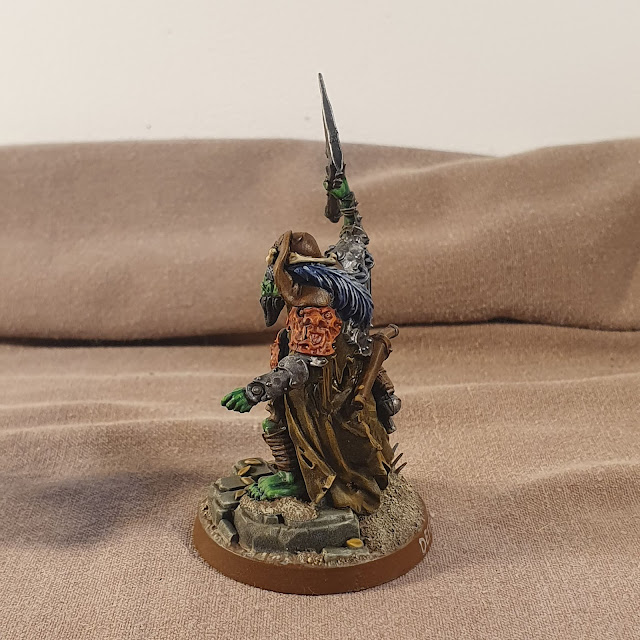 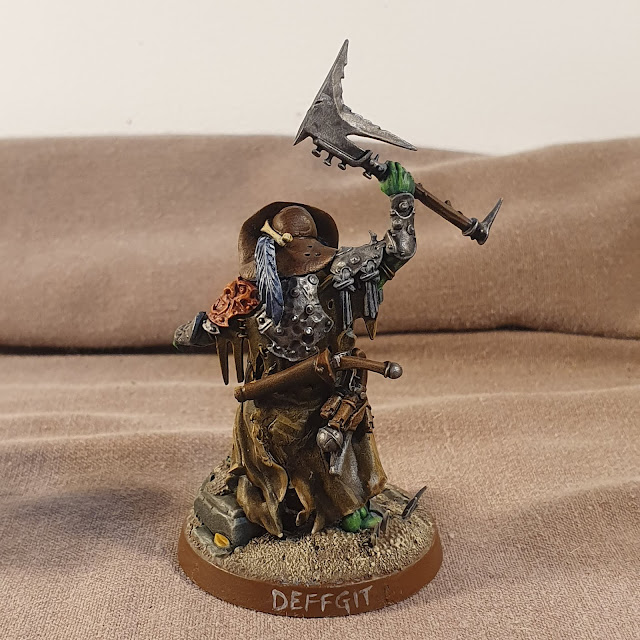 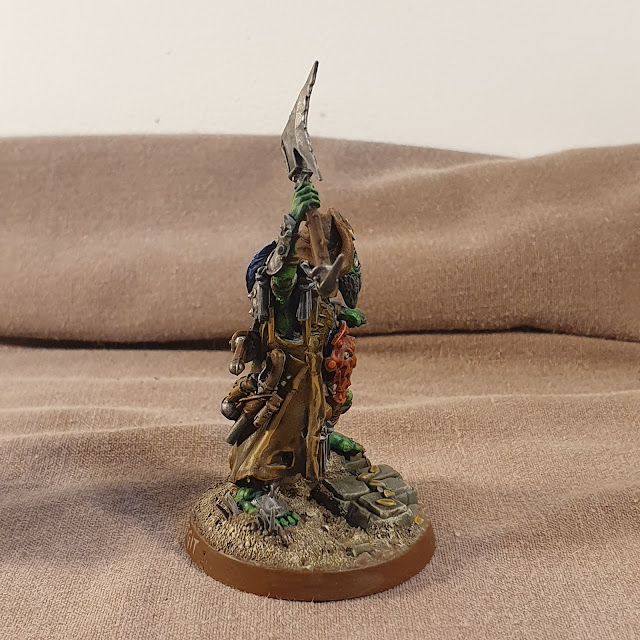 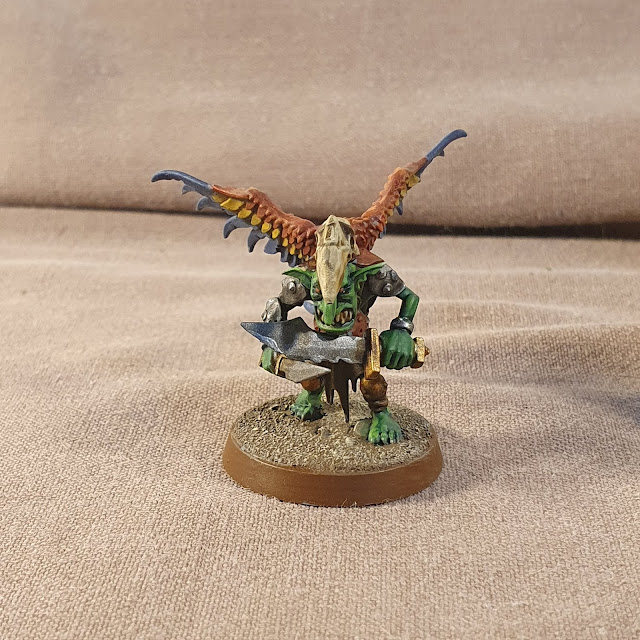 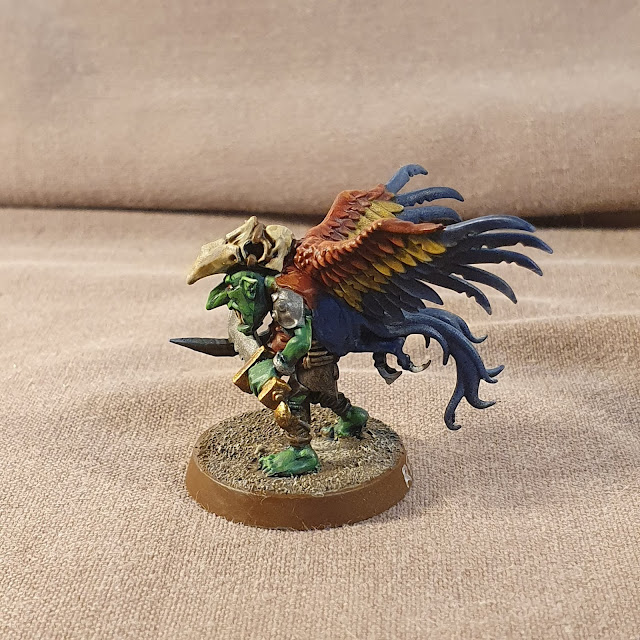 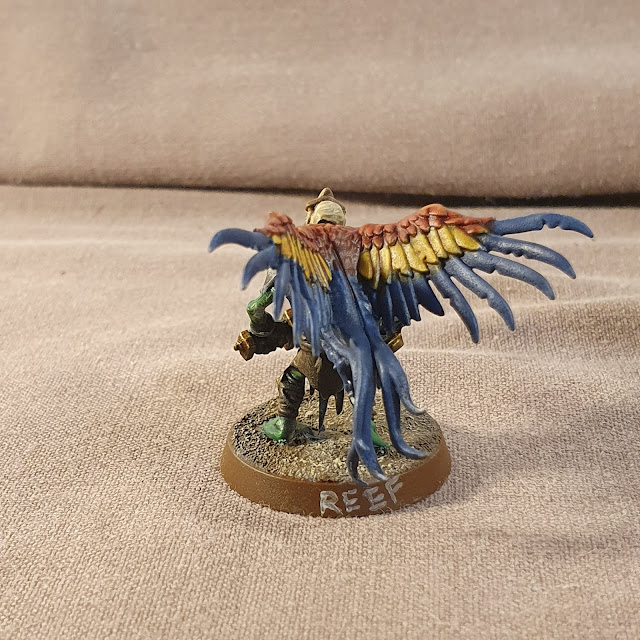 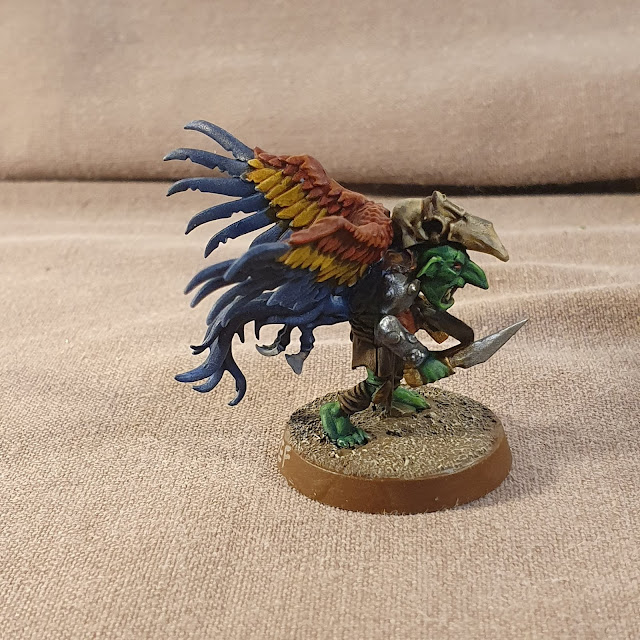 I don't have any other Kruleboyz models yet, but I think 10 Gutrippas and 3 Man-Skewer Boltboyz might be a good start.
Posted by WarbossKurgan (Saul) at 12:28