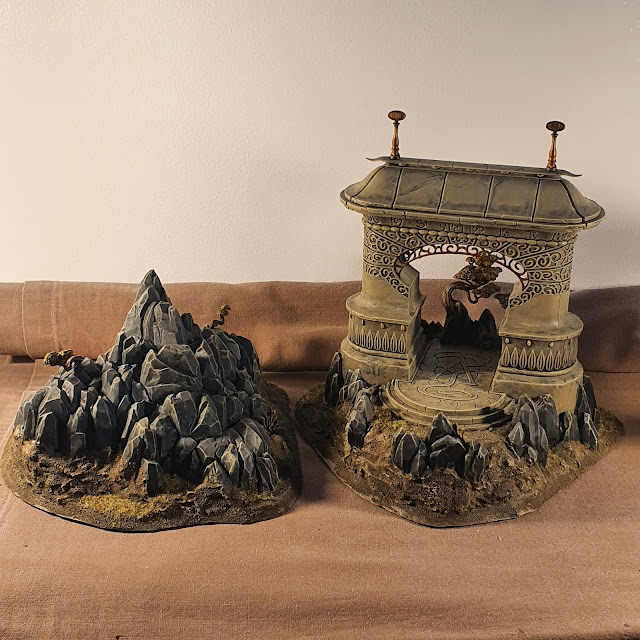 I have finished the Shrine Luminor and rocky outcrop for my Hysh Warcry board. I'm fairly pleased with the "marble effect2 on the shrine, but it was definitely more luck than skill. I was trying to match the colours on the box and it didn't come out as well as I'd hoped, but it looks okay so I'm happy.
I have a couple more pieces in progress for this project - I managed to get the "other" part of the ruins from Teclis' base from a bits reseller and I have two more Hyshian tohnasai trees built. I hope to get them all done in the next few weeks. 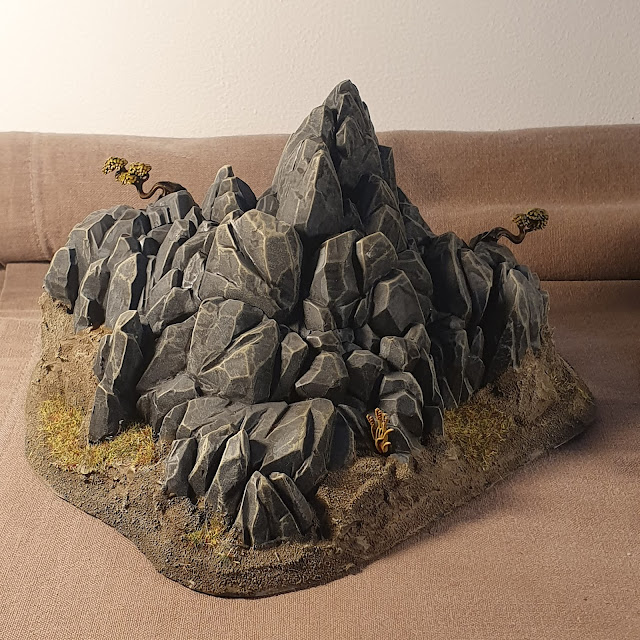 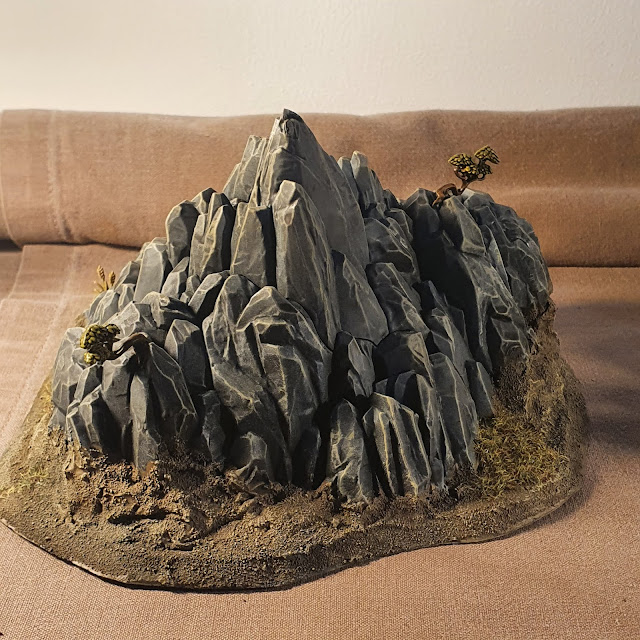 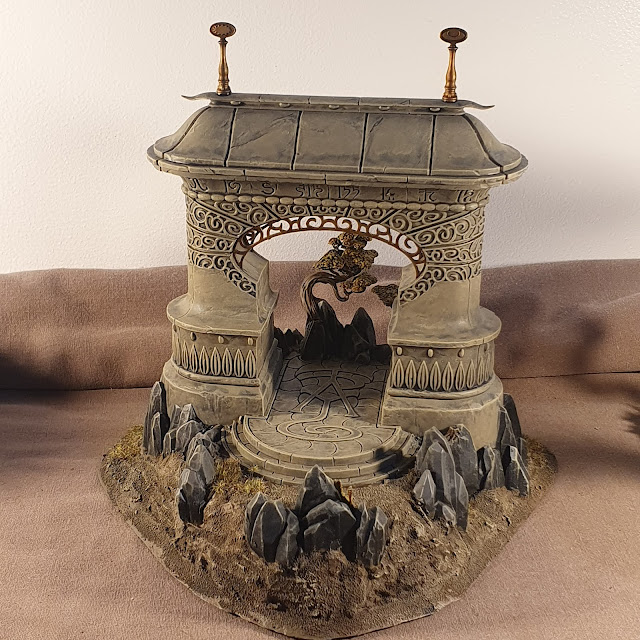 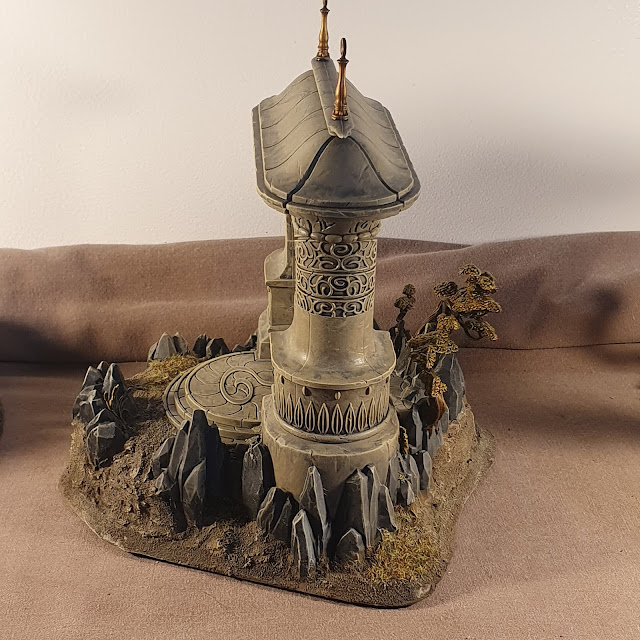 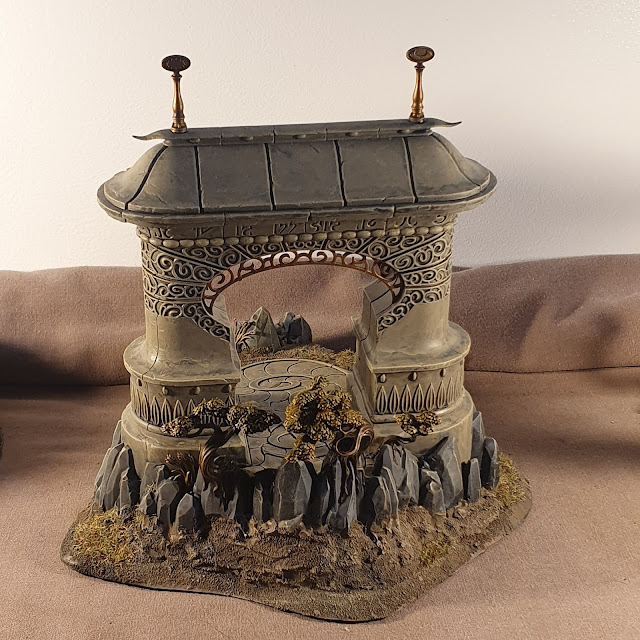 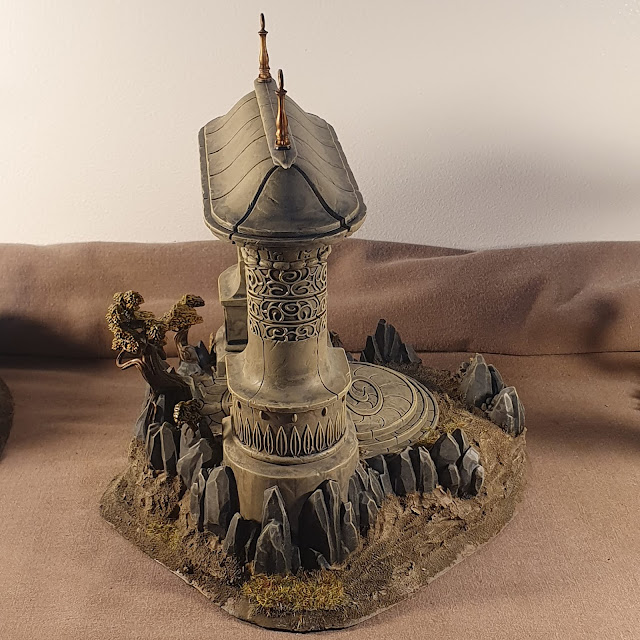 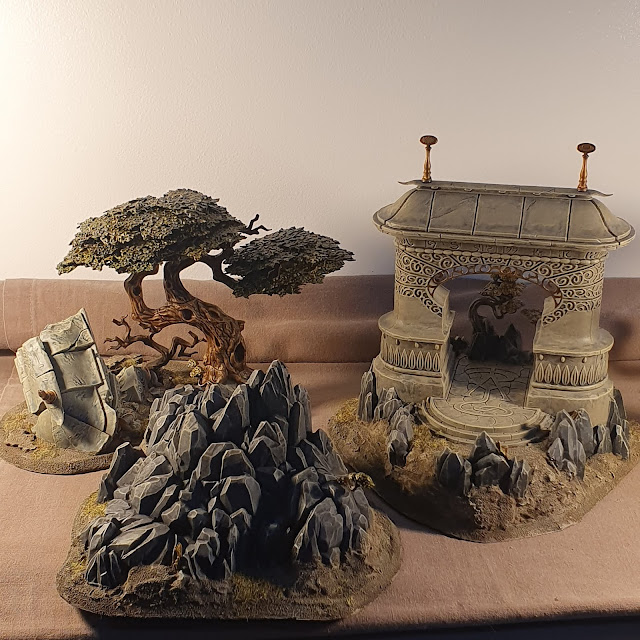 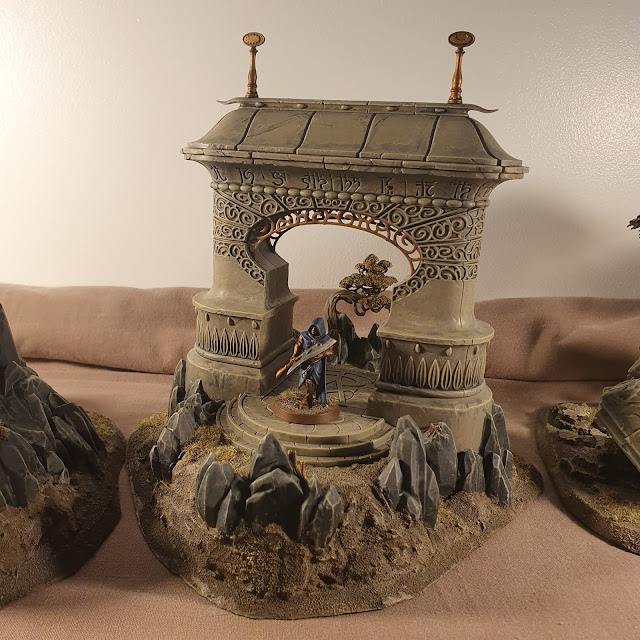 A Wildwood Ranger for scale! 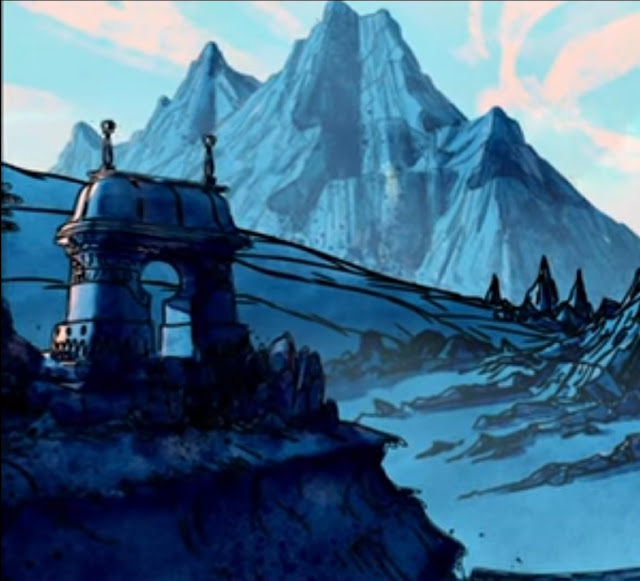 And a frame from the Broken Realms Teclis trailer video that inspired the project!
+++
You can join me, and over one hundred other narrative Warhammer players, for Animosity III, which begins Wednesday 14th July 2021 and will run for 5 weeks (5 turns) until Saturday 18th August!
The Iscarneth Ceraphate stands on a knife's edge as six Satrapies prepare for war. With no Satrap able to assure victory on their own, their emissaries have scoured the realms for interests willing to support their claim to the throne of this unspoiled and nigh-unassailable paradise.
Featuring overhauled diplomacy and figurehead mechanics paired with an improved Narrative Path system and twice(!) as many Unfolding Narrative writers, Team Animosity expects this to be our best instalment to date.
Da Warpath (the pre-campaign narrative and hobby build up phase) will officially start Saturday 14th May and kick off with the campaign map, locations, coalitions and figureheads.
You can join the community on the Discord and take part in the campaign here: https://animositycampaigns.com/community/
Update!
More Hyshian tohnasai trees and ruins. 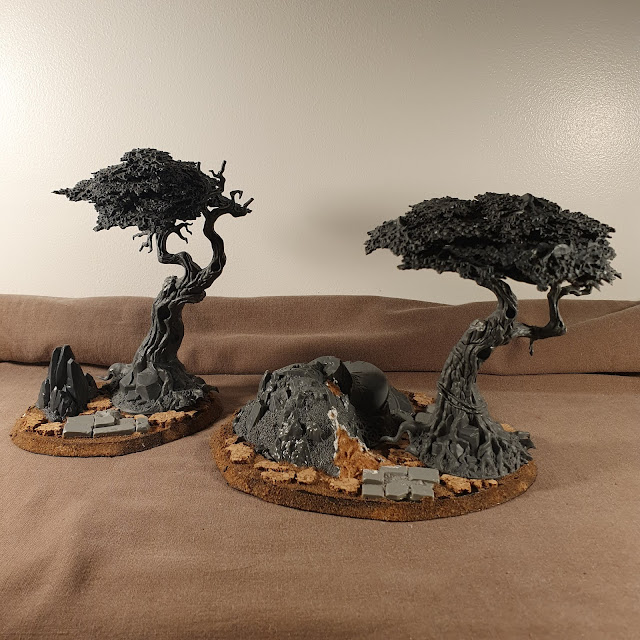 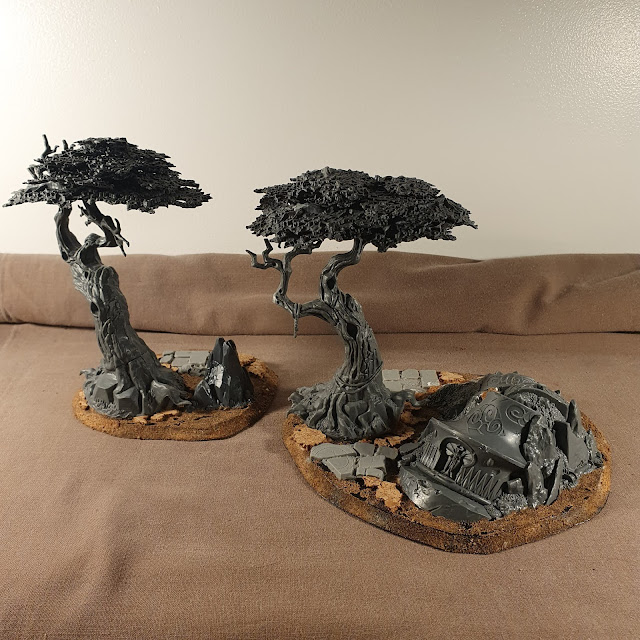