But the Bleaksouls did suffer; they were cast into that fire and burned. The Lady Anielyn told them they may no longer count on her patronage. So, in desperation, they tried to harvest the soul-energy released from the Sorrowshards by Excrucia's resurrection.

But I have said before: My stories do not oft have a happy resolution. It is not so, nor was it ever so. 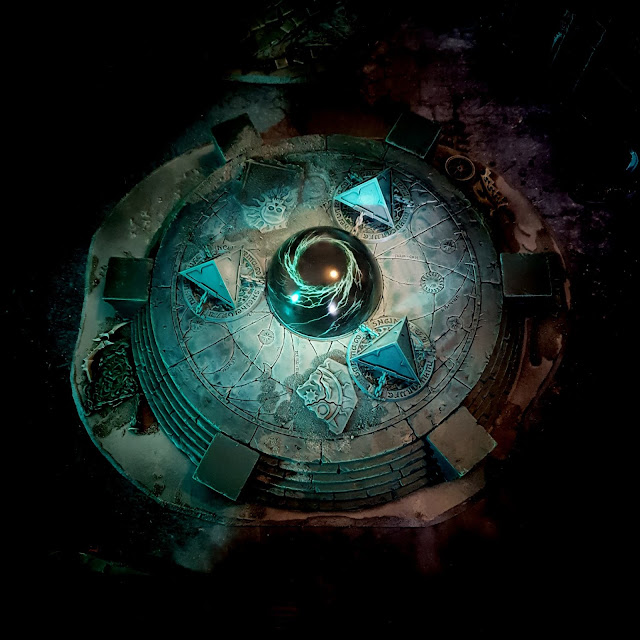 The Sorrowshards were in turmoil. The paradoxical energies contained within them was ever on a knife-edge but since Excrucia's kin had used it in desperation and without the proper ritual preparation it had become unstable and dangerous. Standing on the dais was become dangerous, but some may think the risk worthwhile. 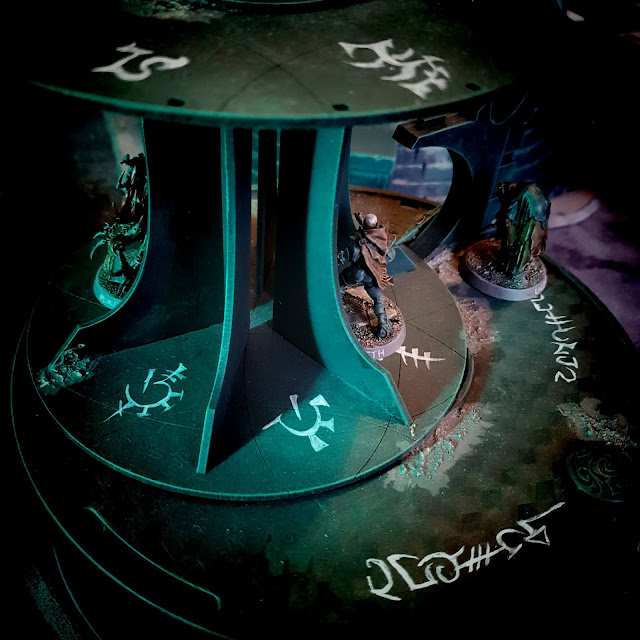 Lakbyrn, Ravneth and Morghdrax stepped out of the Webway Portal, and clung to the shadows. They looked about themselves, wary that others may have similar hopes. But unaware that they were expected, anticipated. 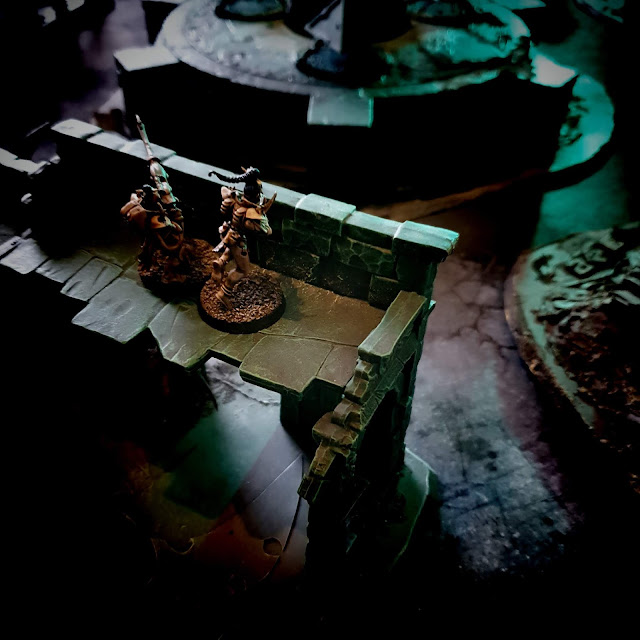 Mazrayth the Shards' Sniper and Idarax their Comms Wych watched them calmly from the roof of the ruin. They tracked the Bleaksouls through crystal sights. 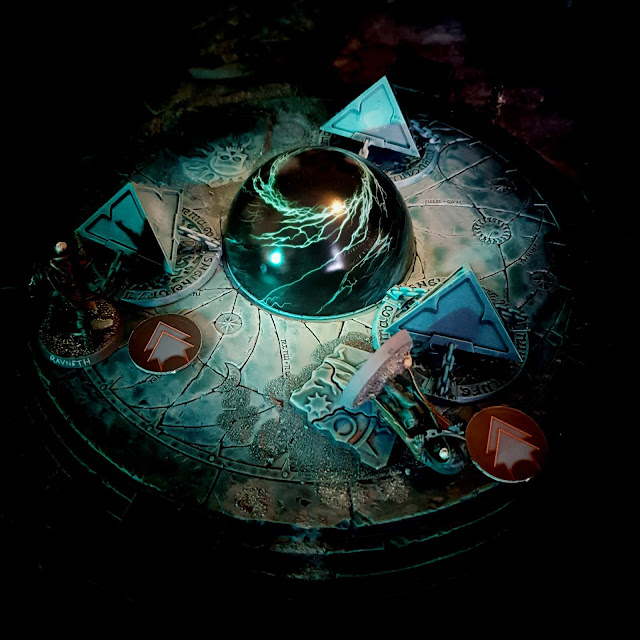 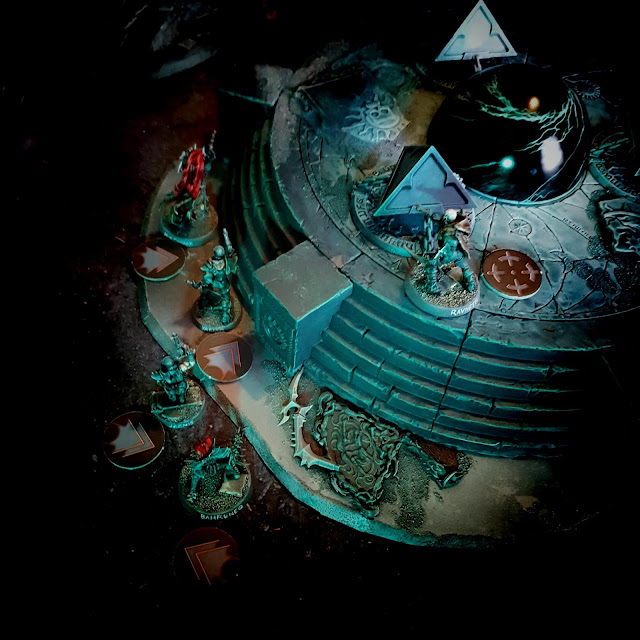 The other Bleaksouls ranged out of sight, in the lee of the dais. 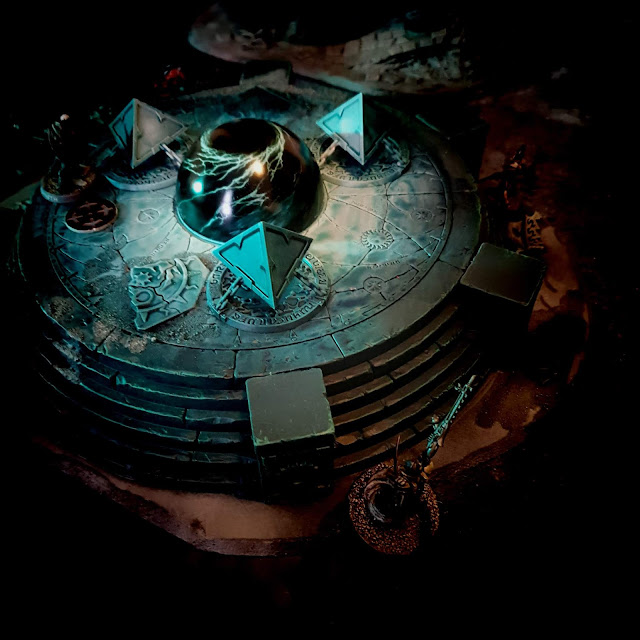 Hekatrix Kaerathir stood in the viridian gloom, and watched them cower. 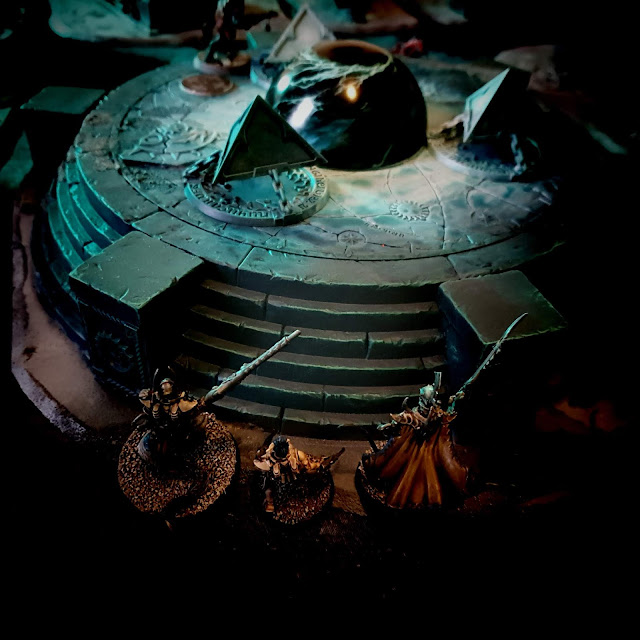 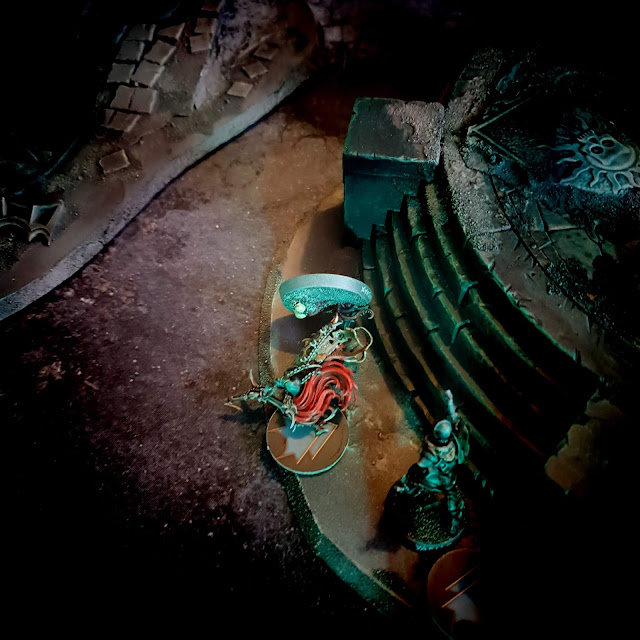 Morghdrax unwisely stepped out of cover and the Dark Lance punished him. 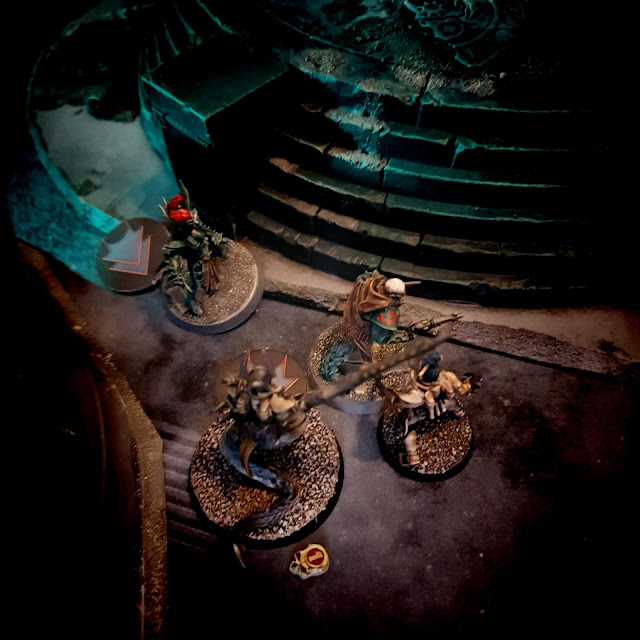 The other Bleaksouls raged and fired at the Shards as they charged into combat with them. 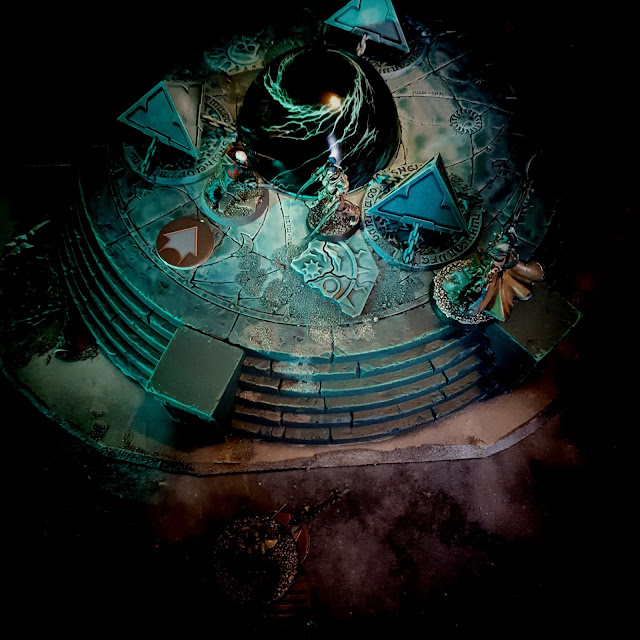 Blades flashed in the emerald twilight and the combatants span and danced about one another. The fighters leapt and slashed and parried and lunged. The duel moved up the stairs and into the vortex of the Sorrowshards. 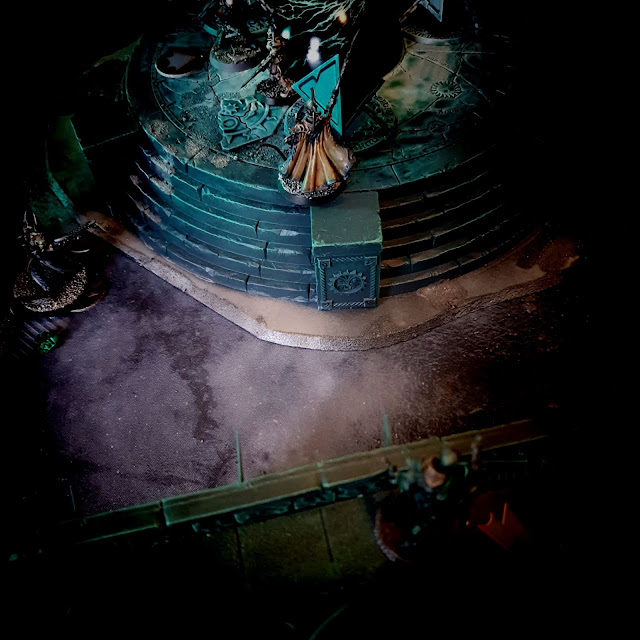 Yariaq tried to use a Webway Portal to ambush the Shards' sniper but he became lost in the labyrinthine sub-dimensions and found himself emerged from the wrong egress point. 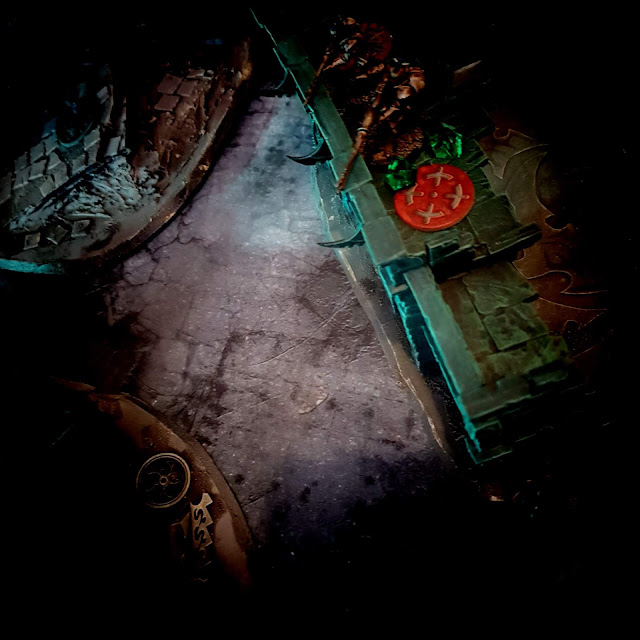 The Dark Lancer wracked up a fearsome tally of kills. 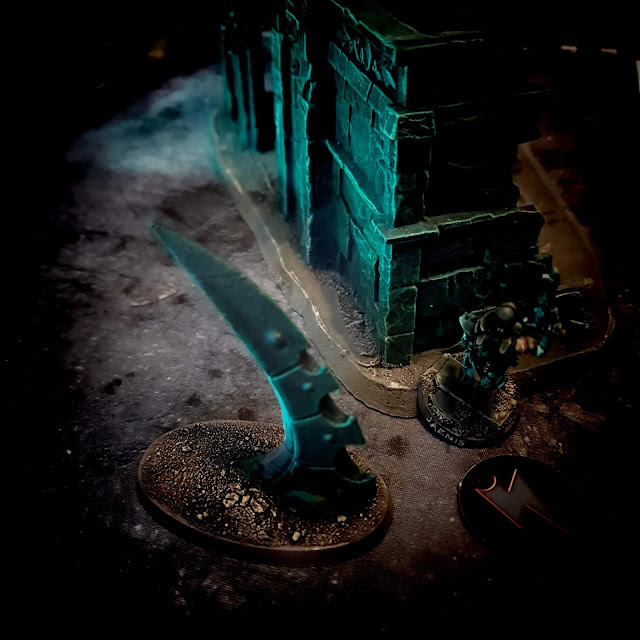 Jaenis made it to the ruins where the sniper lurked but when she heard the scream as Bahreneq was impaled by the Sslyth she and the other Bleaksouls realised the day was lost and the slunk from the battlefield with curses on their lips.

Mission: Escalating Conflict (from Elites). This game was hard on the Bleaksouls. Very hard. David's Sniper/Comms combo, armed with a Dark Lance, destroyed everything that appeared in it's scope! David scored 3 soul points and secured the objective. I didn't get any kills so it was a very convincing victory for David!

David's version of this adventure is here.

Soul Points (for the campaign):
The Bleaksouls 16
The Shards 8
The Void Phoenixes 4
Posted by WarbossKurgan (Saul) at 20:57