Endless Spells of the Harrowmark - part 7

Since his accident Kaptain Mogrum was changed. Where before he had been a brutal, but cunning, Warboss who led his crew from the front, he was always first over the gunwales into an enemy ship, and a vicious, merciless fighter. But he was now a cunning, but brutal, Weirdnob Shaman!

Since his awakening the pirate orruks who followed him fully embraced his change (not least because he killed a lot less of them in fits of anger. Even if he did kill a lot more of them in accidental explosions of Waaagh! energy... on balance it seemed better to them) and from then on they all consider themselves experts in the fields of thaumatology, evocation and sorcery. The nodded sagely to one another as they described the magic around them in great technical detail (often using the wrong terms but they really didn't care). They pronounced judgements on the quality of the wizardry they witnessed and debated the relative merits of various spells.

When they journeyed to the very edge of the realms in search of the wild magic of Endless Spells, their Kaptain issued each of them an ensorcelled black-powder pistol as a focus for binding the Endless Spells. Each orruk then took it upon themselves to add charms and trinkets to their pistol, in order to enhance its power. A selection of teeth, bones, coins, pebbles with holes, crow feathers, gold and silver rings, and polished fragments of glass - all tied on with string or jewellery chains - adorned their foci.

The Cleavermaws walked cautiously through the dark, tangled forest. At the back of the group two of the pirate orruks guided a floating chest. The iron-bound wooden strongbox looked heavy; with bands of metal riveted together over dark wood, but it was borne aloft on a cloud of swirling soul-energy that glowed with a ghostly blue-green light from within, so the orruks barely had to use any effort to move it. Sometimes it even felt like it was moving them (though they tried not to think about that too much). 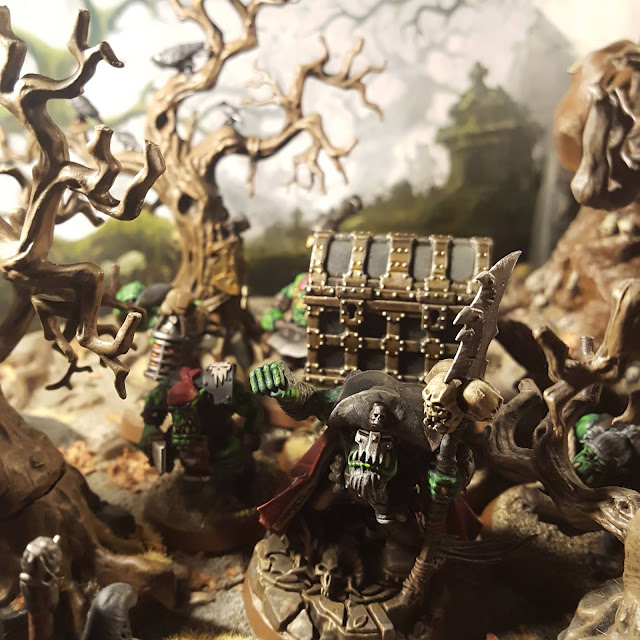 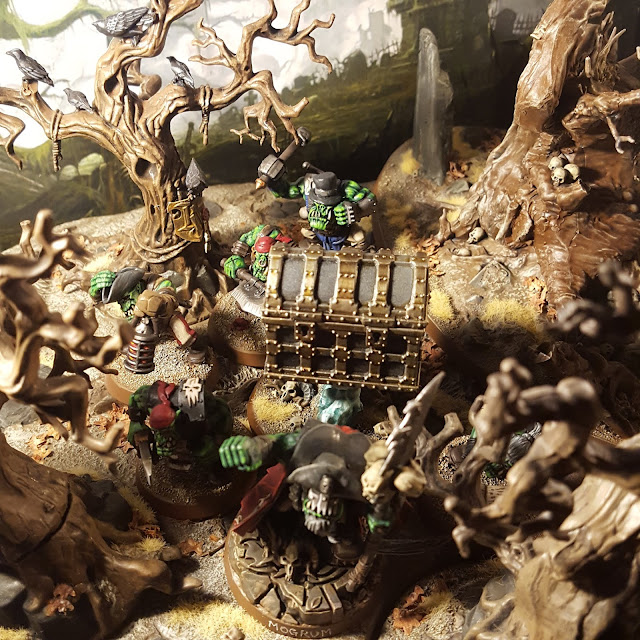 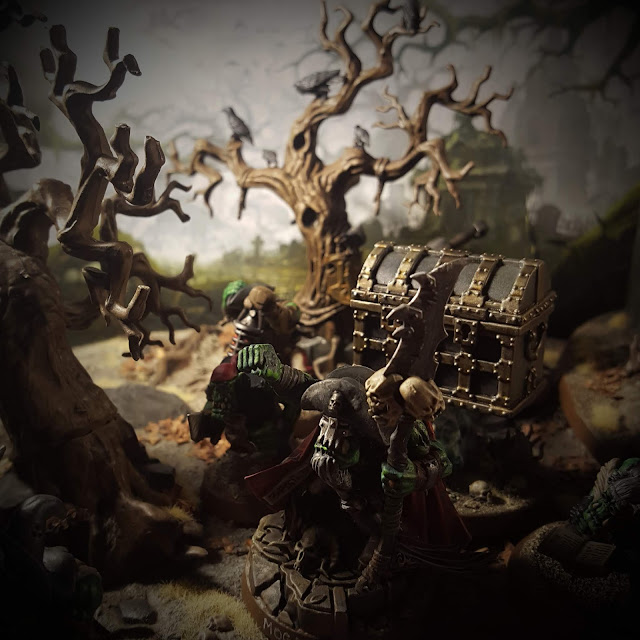 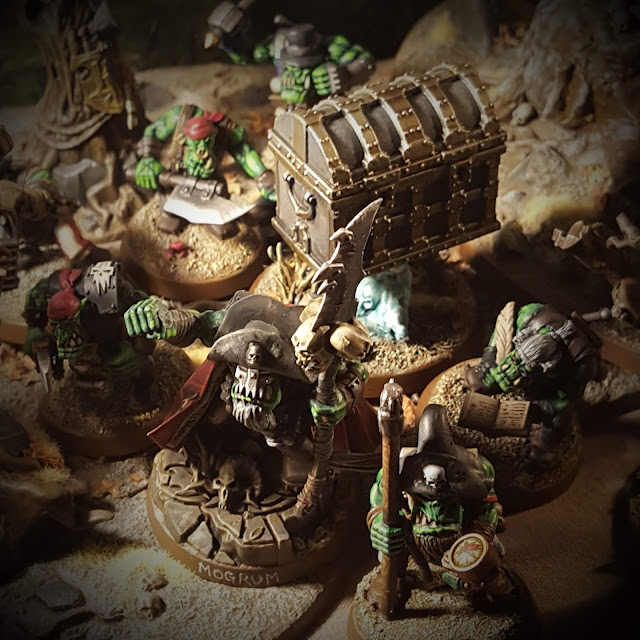 This is my Objective Marker for the Spellhunters Skirmish Battleplan from Malign Sorcery. The Battleplan describes how each warband uses "Binding Rods" to draw the contested Endless Spell to their own objective, to win the game. I have encouraged the others in our group to make their own objective marker on a 40mm or 50mm base, themed to the warband they are using in the campaign. 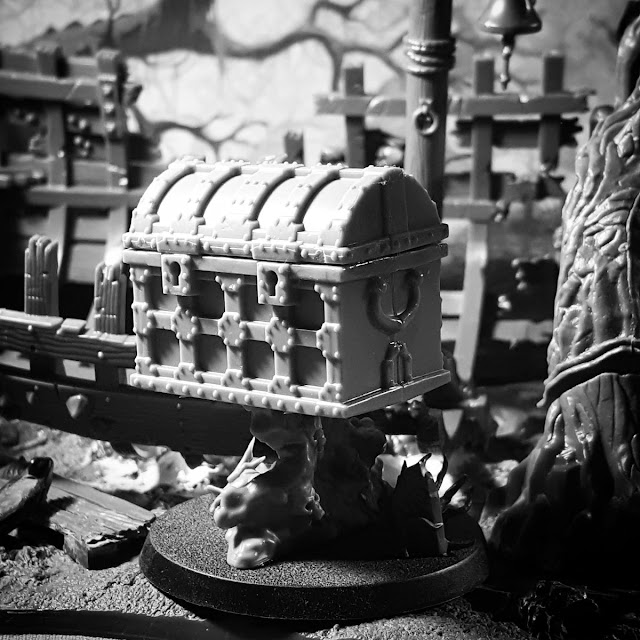 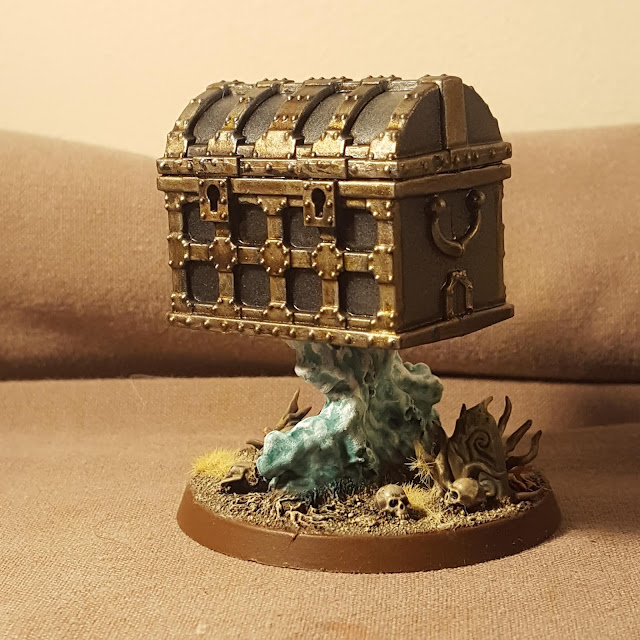 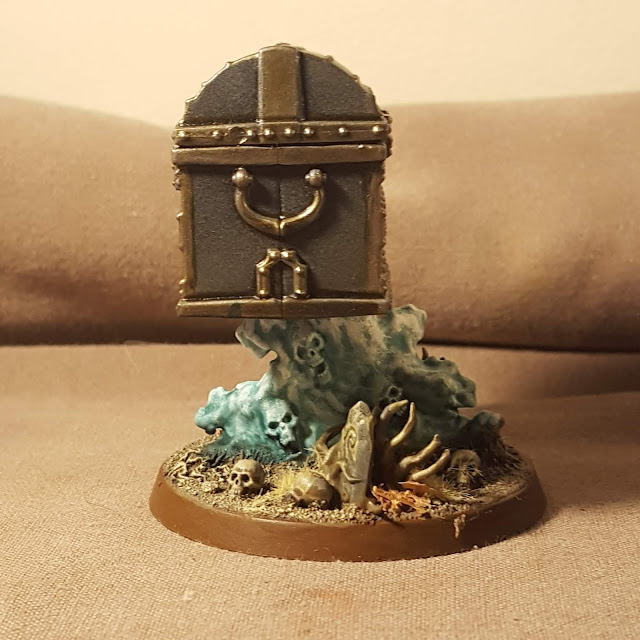 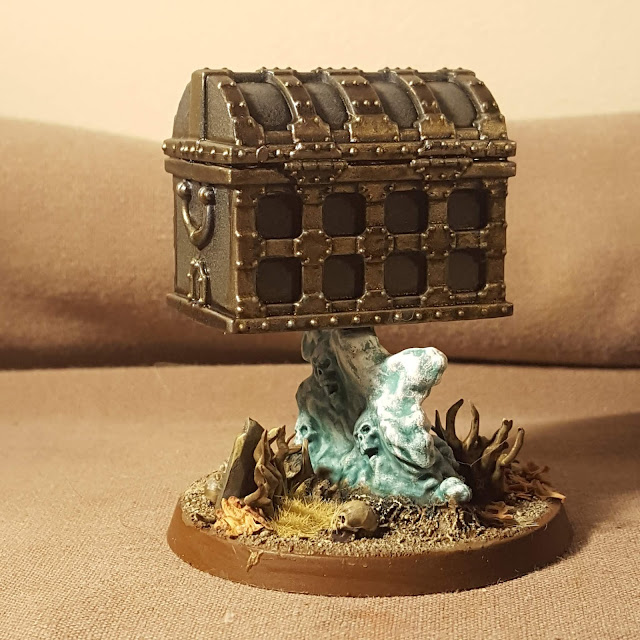 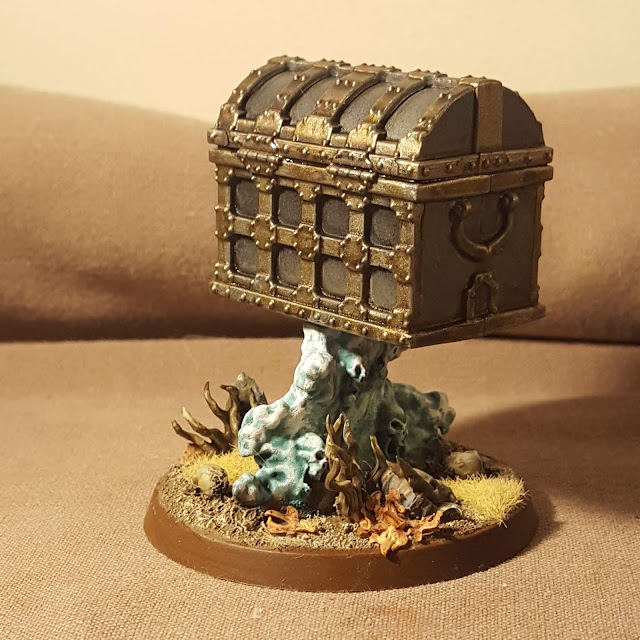 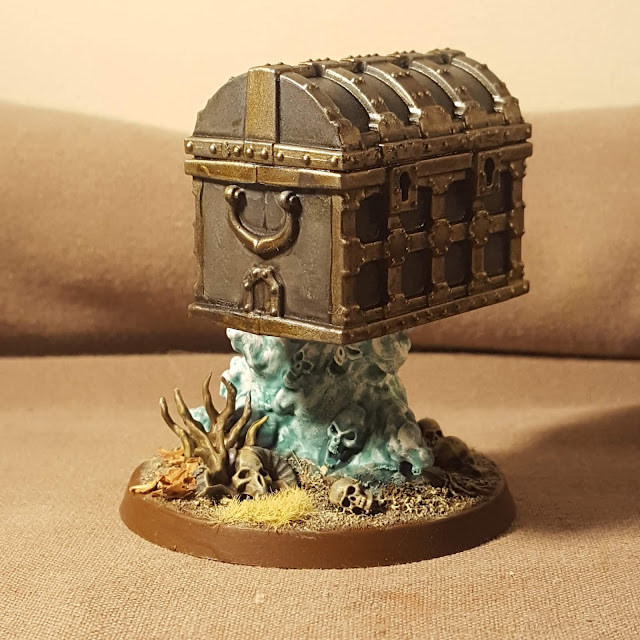 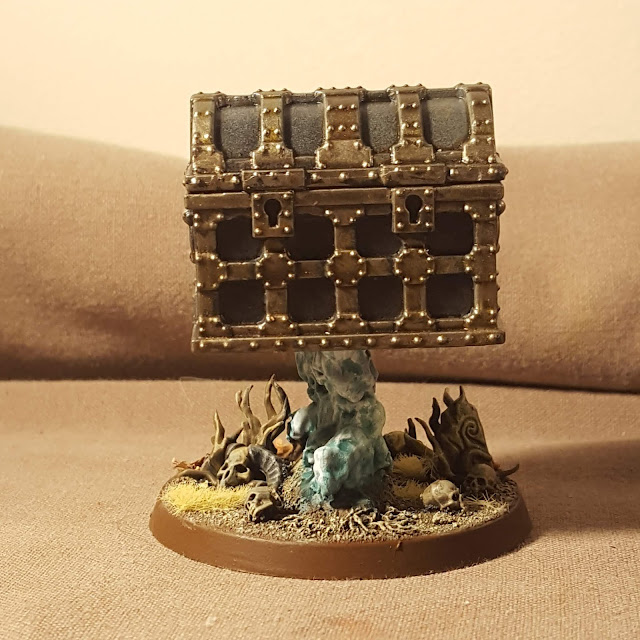